Brawlhalla is a free to play online and offline game which is really fun to play with your friends or even alone. It don't requires some good pc to run it, it is a low end game and could be run on 1 GM RAM memory and it only needs 350 MB available space. Game get updates almost every week and most likely new characters are added. You can download brawlhalla thru steam or their own page.

The principle of the game:

Brawlhalla is based on surviving on the platform and not falling off certain amount of times. When you first join the game you will be automatically moved to the tutorial. There you will learn your first controls (you can change them later in the settings), You will be putted in a match with 3 bots and you will have to make them fall of the map, more you damage the opponent the more easier to eleminate them. There is a big amount of maps which you can see after finishing the tutorial by going to 'Custom game room', head to 'Private room' and in the match settings bar you can choose what kind of maps you want to be chosen for the game. Of course you would have to chose your character for the game, for beginners it's best to use Lord Vraxx if it's free to use because free characters change every week.

Using the real character for the game is the most important thing you are doing when you want to start a game. As I said Lord Vraxx is the best one for beginners because he has a spike which you can use to easily eleminate the players when you spam special attack. Every character has it's normal and special moves. You can try combining your arrow keys and using special attack to make different kinds of special attacks. When you are choosing the character you have to try all of them to chose what's the easiest character for you. When you choose the character you will be able to see his/her attack, defense, speed and swing speed. 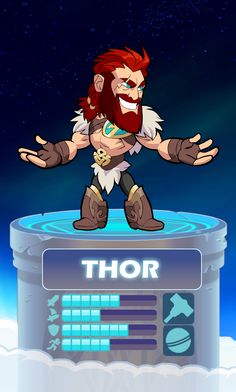 Attack means how much he will damage his opponent until he eleminates him, defense means how many times you will be damaged to be easily eleminated, speed is just speed of your character and swing speed is speed of swinging a weapon of your character. Every character has it's skin, skins can be bought and you can use promo codes to get skins. Sometimes when you level up there is a chance of getting a colour of your character. Also you can buy characters with in-game money and you earn money by leveling up or completing daily missions. When leveling up your character you can get  a new stance for him/her which means it will lower one of your stat and will make one stat bigger. Exapmle: It will lower your defense and make attack bigger.

Every week there is going to be new event added and if you win the event you can get huge prizes. Event will be listed like 'Free for all' or 'Custom game room' and you just have to press there and join the queue. You have to play and win a lot of times to be the winner, results you can see at their original page. In this game there are a lot of gamemodes such as 'Free for all', '1v1' '2v2', '1v1 ranked', '2v2 ranked'... It's never going to be boring when you have this much gamemodes plus in the custom game room you can setup any game mode you want and play with your friends or bots. There are also clans and you can invite your friends there, every match you play, you earn some xp for your clan. You can promote people in your clan and make them can host some events in the clan. Also your friends in your clan can instantly join your custom game room and don't need the password to enter. Your clan when getting xp will level up and be more popular. You can challange your friends that who gets the most ammount of xp this month or week will get a promo code or something, just be creative.

In this game there are lot of maps. Every map is specific with something, some maps have some parts which are moving and doing things and some are really different. Brawlhalla team always work on creating and update its maps. Now there are over 30 maps plus test maps are now being created (can be tried in 'Custom game room').

This was my first article please rate it how you want don't be a hater and hope you enjoyed reading this ;)

I really love this game, its so entertaining!!!

I just unlocked all legends

I love this game even though I'm not that good at it. It has very epic crossovers. I would recommend this game 10/10

brawlhala is very fun game 1v1 freinds its to funny

This game should be one of my favourites on ps4

i love it, easy to play. I rekt my 2 friends on my first time playing the game