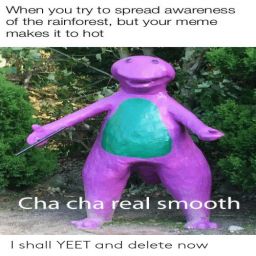 Hi! I'm Octo and I giving you a direct review of Borderlands 3, a game made by Gearbox collaborating with 2K Games released in the month of September of 2019.

Borderlands 3 is a story based first-person shooter-looter that you can play with friends in co-op mode. The artstyle of the game is the most unique thing about it - the cel-shaded style of the game really goes with the aesthetics of it all. The story of the game - in my opinion - isn't as good as the previous game in the series but it's still an enjoyable and unforgettable experience. Borderlands 3 like all of the other games in the franchise, is full of action and fighting. The developers of the game tried to focus a little bit more on the boss battles in the game, but that doesn't mean fights with regular enemies aren't less amazing. One of the biggest features of the game are it's weapons. Tons of crazy and unique guns wait for you within this game, all of them packed with different bonuses and abilities. It might be a blue rarity gun that helps you with taking down enemy shields, or it might be a legendary pistol that has an unending magazine and shoots for however long you like. The bosses in this game are fun to fight with and can give you loads of good gear. You can also farm different bosses for different unique for them, very powerful legendary equimpment that will help you along your journey through the Borderlands. The combat in this game is very hectic and fast. You'll get quickly surrounded by enemies in this game but that's where your chosen character comes in. Characters or so-called "Vault Hunters" in Borderlands have unique skills and passive abilities that help out in combat a lot. For example Amara - she is a Siren that has control over 3 of the 5 elements the game offers that give different damage bonuses and status effects. She can control shock, incendiary and corrosive elements, all of them being the most essential ones. You can also select from three different Action Skills all "Vault Hunters" have to offer. Amara can slam into the floor doing chosen elemental damage to enemies, she can shoot out a projection of herself, that also deals elemental damage, or she can lock a singular target in place doing elemental damage and stunning the target. I fell in love with this game the first time I played it, like i did with all of the other games in the franchise. Although I still think that the second game is better storywise, I still had a very great time with this game. Hopefully my review convinced you to try the game for yourself and maybe you'd like to play some of the other games from the franchise as well. It's a very unforgettable experience and trust me, you're going to have a great time. See ya out in the Borderlands, pumpkin.

The beautiful land of Elrios, once peaceful and an ideal place to live in during several generations, has been devoured by a horrible war, which broke out as a result of an explosion of a vivifying, gigantic blue diamond – a gemstone named El. The creatures absorbing its energy from the gemstone fell down on the ground and...