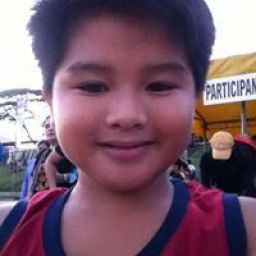 m sure that you will be shocked.

vel is a good story. So on my opinion story in this game is pretty good. Game starts when main character go to school and hear his childhood friend Sayori calling him. They have a little chat about their hobbies and Sayori mention literature club where she is vice-president. Our main character told Sayori that he don't interested to join any club, but Sayori tell us at least try, so we came to literature club. There is 3 cute girls (beside Sayori) which try to drag MC into club. Our MC try to politely refuse, but later he decides to join the literature club. There game starts. MC need to try go out with o

cated, simply button smash, and it reminds me of the control in Dragon Ball Xenoverse games. You can get used to it soon. Despite its simplicity the fights are spectacular, because the developers used the exact fighting style what was seen in the anime. As the story progresses, there are iconic, enjoyable battles, and from the perspective of a lot of characters, we can experience their life-changing clashes. After battles and missions we receive EXP, and there is a very detailed skill tree where we can improve our character‘s special attacks.

will help you master control, combat system and gameplay, and after the first major bossfight (Goku + Piccolo vs. Raditz), the World Map will be available and literally the world will open. There are quite a few locations we can visit, and even our characters alternate, so although we can fly mainly with Goku at first, we can very quickly take control of Piccolo, Gohan, Vegeta, and later Trunks, Gotenks and Vegito.

fgfvvcollect 3500 Soul Gems from 4 to 29 of February 2020 and open Premiere’s Race Chest in which you will find some hot r̶o̶l̶l̶s̶ games like:


The next part of the most popular football simulator series is waiting for you. Put on the colors of your favorite teams and play matches at the world's largest stadiums!


Discover an immersive, cinematic story set in a cyberpunk reality. Explore the title city of Detroit from the perspective of high-tech Androids!

to collect a minimum of 500 SG from 14th to 17th of February 2020. The Soul Gems are not deducted from your account upon opening the chest and remain on your account for future spending.

Commented News from Gamehag #8 - The return of the Premieres’ Race Chest!.

Get ready for the weekend!

or Dragon Ball fans, with so many

League of Angels III is another version of one of the most popular browser games MMO RPG, its earlier parts - League of Angels and League of Angels II - count tens of millions of registered users from around the world.The third part is for improved graphics, optimized gameplay and an even more extensive quest system, thanks to w...