Zombie Night Terror is an indie game developed by NoClip, which is relatively unknown for how well made of a game it is. The premise of the game is that you must guide the zombies through the level to infect the humans, which if infected turn into a zombie themselves. You beat the level and can continue by completing an objective on the top left of the screen, which is usually to infect most or all of the humans on the map. There are many things that can kill your zombies such as security guards with guns, traps or electric fences; these make the game very difficult and challenging meaning it is a puzzle game that many people would enjoy, particularly those who enjoy the puzzle genre as a whole.

Beware as this review contains spoilers. 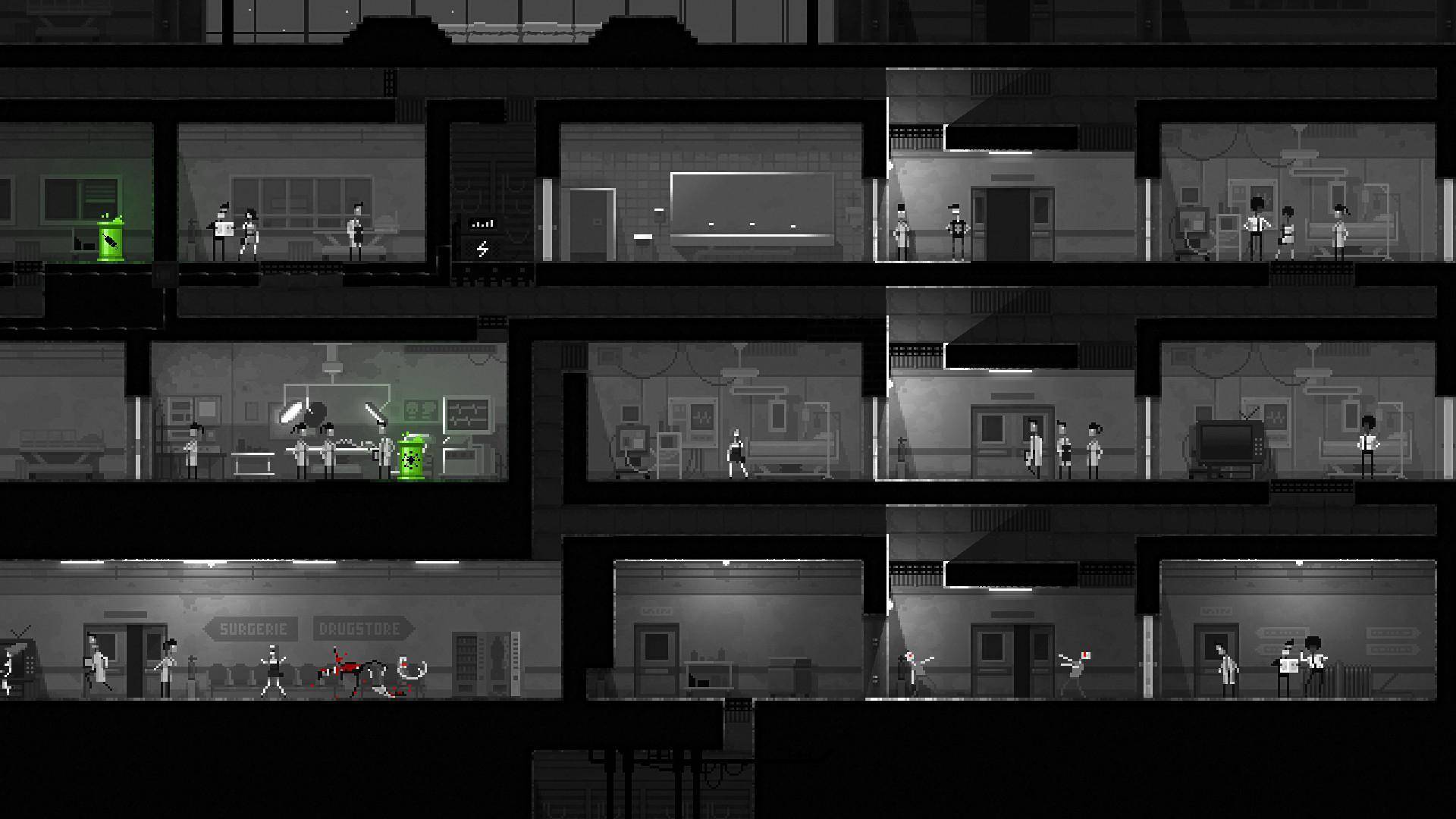 The levels start off pretty easy, but can get as complicated as what is shown on the picture above, giving a nice difficulty incline all the way to the very end of the game which can get a bit too hectic, but this is what I find is the main enjoyment of the game as you can have 20 zombies running around trying to eat the lone survivors brains. Graphics aren't too important for this game, as it is a 2d pixelated terror designed to run even on potato PCs that can't run on many other games. It is well optimised and I have not experienced any lags or framerate drops during the game itself and I find that is a very good strength this game has that many other indie games fail at.

Many may see the fact that the game is challenging as a negative feat, but personally I think it is good to overcome and it helps very will with problem solving skills that you can use elsewhere within your life, such as at your job, school or just other puzzles. There are many different skills with the zombies that help you to traverse these puzzles a bit easier, but they cost D.N.A points that can only be obtained from infecting the survivors scattered throughout each level in the game.

The art style is very unique, even for a pixelated game it is very different in the way that it is presented, and I think it adds to the very late night crime atmosphere that the developers wanted to go for. Their colour choices express emotion for the type of character it is, considering colour is very rare in the black and white world that it is presented in. Only key objects, characters or blood are colourised for dramatic effect and I think that it works very well to emphasize these. 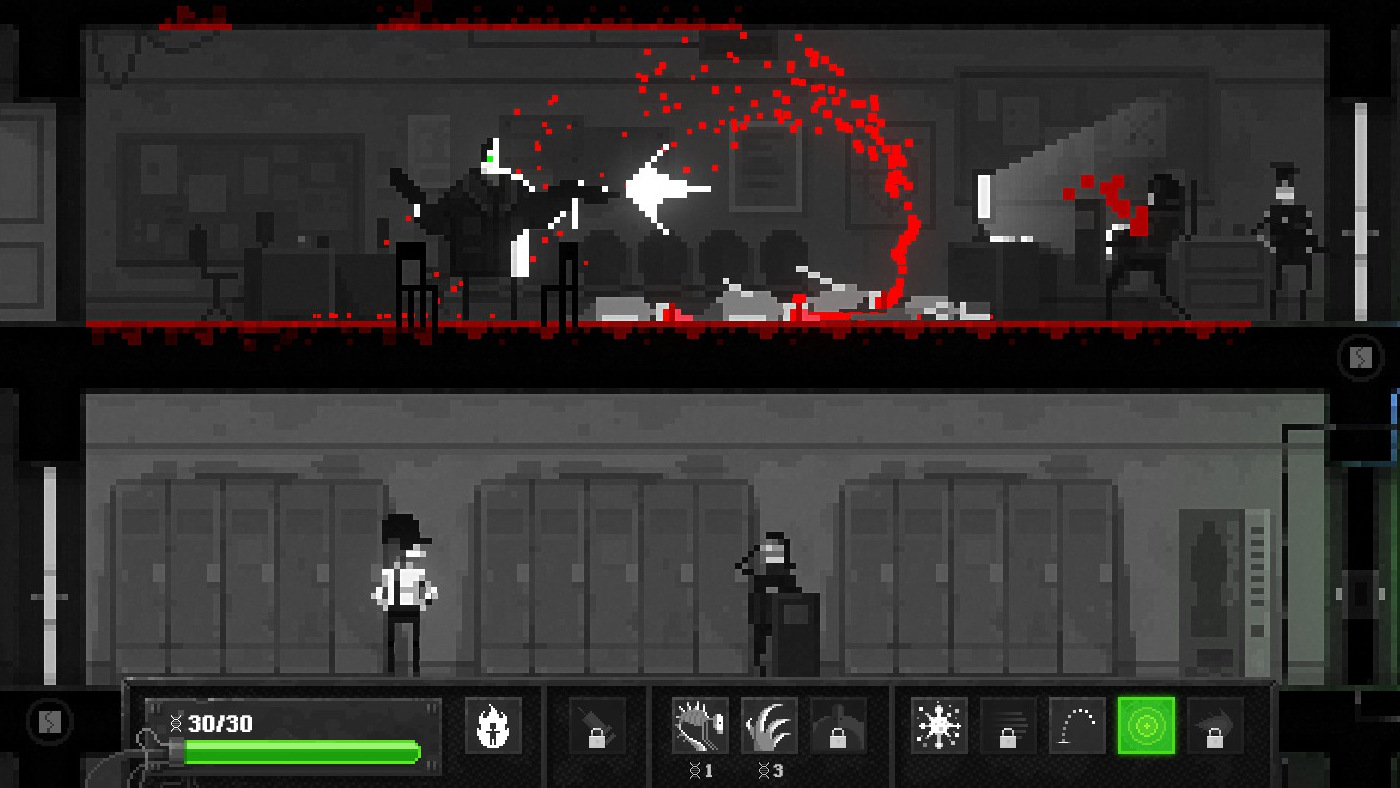 This game contains a lot of gore, although it is just pixelated many can still get upset at the amount of it there actually is in this game, so if you're faint of heart or just do not enjoy gore I recommend you steer clear of this game.

In Conclusion, I'd rate this game a solid 9/10, the music is gorgeous, the puzzles work together very nicely and it is relatively well optimised; it does not require a powerful PC to run and it is a blast for only a £10 game. It is constantly on sale so I'd recommend buying this during one of them for very cheap if you don't want to pay that much for it. The developers have done a good job conveying the project that they obviously worked very hard on. The only part that I'd say the game lacks is its difficulty, some find that the difficulty is a bit too high which is why I'd put this at a 9/10 instead of a solid 10, other than that happy gaming and I wish that you have fun playing this game.

graphics looks too bad on the game. keeping myself away as too much blood. It might be fun for others.

Keep it up dude. This game is awesome.

Keep doing this stuff ur goos

i hav eplayed it and i llike it