Red is the color that children first learn to recognize. The most popular color in the world is blue, white color is the ultimate safety, yellow can cause nausea. Eigengrau is a term that denotes a gray color that stays briefly on the eye after the light is gone. Gris is the French word for gray. It is assumed that approximately 90% of the information is received visually. In the initial scene of the game GRIS Girl falls from the sky while with the naked eye we follow how from the colorful world, one by one, all colors disappear. After the fall, the surface of the planet that is waiting for the Girl is lifeless and dead.

GRIS is a platformer - one of the most beautiful 2D games on the market. A story about the desperate attempt to find a personal meaning and bring the color back to life. Serious personal and metaphysical issues are accompanied by innovative visual style, dynamic music and irresistible charm. Playing alone. It takes about four hours.

GRIS is not a game that aims to force a player. There is no dying in her fantastic world. There are not too heavy jigsaws, demanding parts with jumping, time pressure. GRIS does not contain things that would in the traditional frameworks of viewing games as a medium condition a superior game. Mechanics are simple, the game is relatively short. Nevertheless, GRIS is the title this year should be played by everyone.

Minimalist start and visually impressive silent hero will firstly irresistibly remind the Transistor. An initial walk to the abandoned planet will bring a memory of Journey. But GRIS is still one of the most stylish and most consistent games on the market. A somewhat shy step, its characteristic aesthetics to the expression comes very quickly. 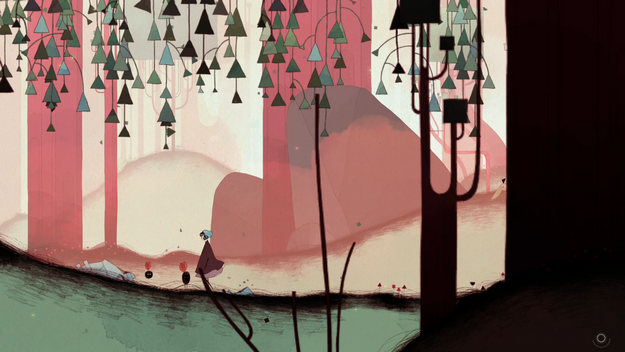 One by one, the goal is to collect all missing colors in GRIS and return them to the disused world. Each colored color returns the world of the corresponding shades, but it also fills it with new content. Red color brings sunset, blue rain, green plants, trees, vegetation. The sun causes heat, the rain becomes drinking water, the herbs means food. The abandoned planet begins to boil - life arises.

"The characteristic aesthetics of the game is rapidly coming to the fore."

Transformation of the planet means changing the visual style of the game. As if it were colored, the white-gray surfaces were given a new, colorful palette of aquatic colors, the voids were filled with numerous nuances. It begins to rule luxuriously. After collecting some of the colors, you return to the place from which you started - at a kind of intersection that connects different parts of the planet.

But is this really the same place that you started from? Maestrally designed gradual construction of both planets and visual styles is what makes GRIS a recognizable and memorable title.

Can you forget about the music background that, like a shadow, is following the atmosphere of the scenes shown? On the solitary tones of the pianos that accompany the Virgin on a lonely walk through the desolation, the hot violets that present danger, the summer winds that bring about a hint of life with them? I know it might sound too exaggerated; Such is also the rhetoric - but, the way GRIS connects the visual and auditory aspect, and without any effort, varies among different moods and moods, it is truly incredible. Believe me, you'll quickly notice.

"The way GRIS connects the visual and auditory aspect is truly incredible."

The emphasis of GRIS is not on the gameplay. That does not mean he does not. GRIS, throughout its entirety, combines puzzles and aspects of the platform in a 2D perspective. Although not much demanding, these parts are fun and dynamic. In addition to the story of the invention of life, GRIS is also a story about the invention of itself. By collecting colors, the girl gets new abilities, which she uses in solving difficulties. There is not a lot of skills because they are primarily related to the story; for the development of a heroine, her quest for a place in the world, facing upcoming adulthood.

Until the very end of the game there is no repetition and getting into the routine when talking about tasks. Depending on whether the dark underworld explores the planet, its submarine height, the girl faces specific challenges. And they are interesting - over and over again, and in fact the better the game lasts longer. 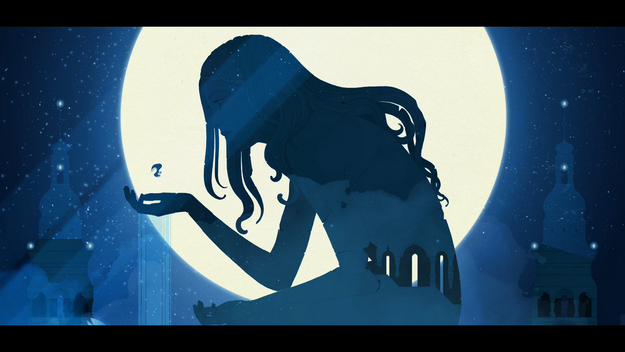 The accompanying story always remains open enough for one's own thinking and interpretation, and never pretentious.
Until the very end of the game there is no repetition of tasks and getting into the routine.

One of the great poets mentioned among his verses that beauty is the one who will ultimately save the world. However, if I need to mention something to GRIS, I would say that he is sometimes just too aware of his beauty. There are numerous moments in which framing, or zooming, emphasize the particularly beautiful aspects of the game, its particularly precise symmetry. It may be that moment, a hand to the heart, a bit too much. GRIS can sometimes be seen as a set of decorative pictures for the living room. How GRIS is subtle in telling the story, so often it can be aggressive in its presentation.

This is just a minor remark. In spite of this, GRIS is still one of the convincingly most beautiful games on the market. Behind it I stand with both legs. In addition, it is one of the best games in its genre. As such, I especially recommend it to fans of relaxed games. Her charm, a strong artistic vision, an unobtrusive, but intriguing and rounded story, and a beautiful presentation to everyone should serve as a reason to make purchases as soon as possible. You can hardly use three hours of free time in a better way.

The game is simplistic yet very fun.

well too late to see this one, and plagiarised article
https://www.hcl.hr/recenzija/gris-132488/