If I remember something from the younger days, that would be the Worms and Grand Theft Auto. Since then, Grand Theft Auto has become one of the best-selling games ever, and the Worms are still Worms. They were the most popular game back then and the first and the second GTA were just games that you would play when you had no one to play Worms with. 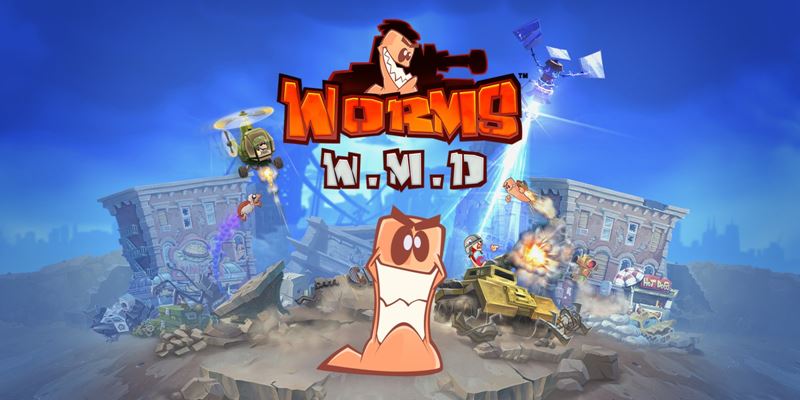 In fact, that is not interesting at all, but it's interesting how the GTA practically went through the five to six sequels and become the world phenomenon, the game your grandmother does not let you play, and parents mention it when they want to be cool and in touch with time. On the other hand, the Worms on my complete surprise in the last twenty years, almost on an annual basis, expelled one to two sequels. It could be something about quality control, but i think that Worms have a much bigger problem than that, something that makes me feel that Worms W.M.D will be quickly forgotten even though it may be the best game in the series. 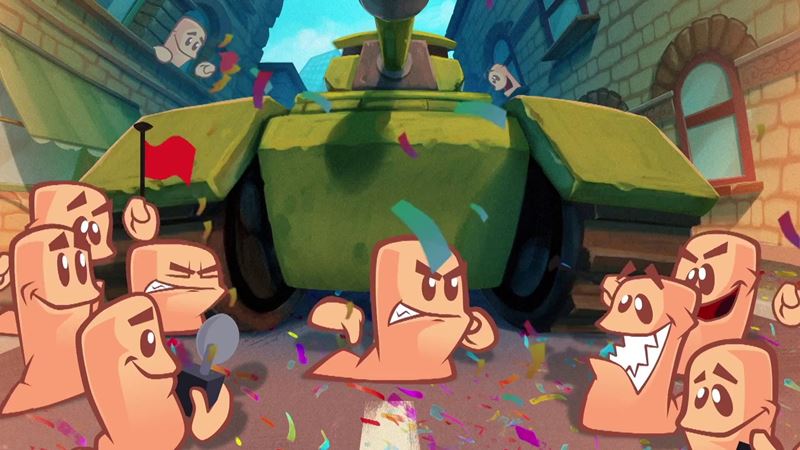 It’s not that Team17 didn’t try to improve the series; the game alternately jumped from three to two dimensions, gained and lost mechanics like building fortresses or advanced physics. The main ideas was however the same – you have several teams of up to eight worms with bazookas and who survives last gets the girl. The fact is that from the first game to this day, the girl has become an old lady so no one wants to fight for her even though she makes good cookies.

W.M.D is one of the two dimensional games in the series and I don’t think there is much more to say than what you already don’t know. There is a satisfying number of missions which get boring after they start to repeat, also the online and a local multiplayer which is the main reason why you probably got the game in the first place. Of course, you can create your teams, customize your worms with a funny hats and voices but nothing special that would change your life. A good part of the weapon arsenal is the same one we used in earlier games, and the most interesting weapons are locked as a pre-order bonus that Team17 likes to remind us of in their promo materials. 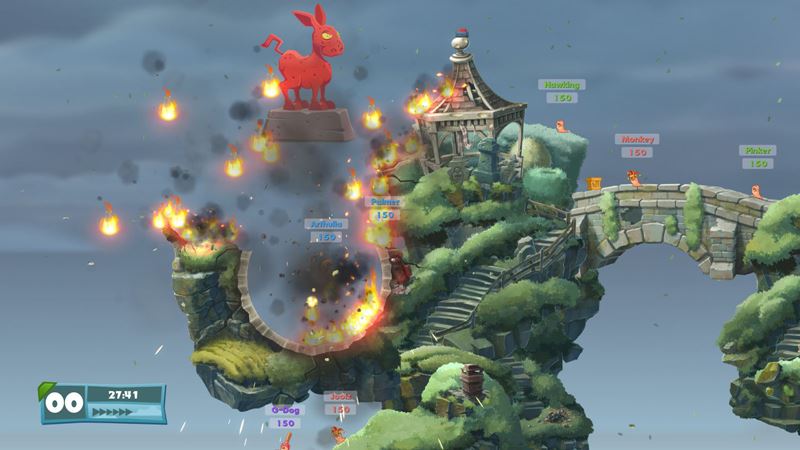 Things that Team17 use for advertising their newest game are vehicles and buildings, a brand new update that brings some new fresh things. Now you can drive a tank which is too strong and not that fun, the helicopter that is completely useless except for the fast moving, a robot that is clumsy to operate and not that much interesting, and a grenade launcher that when AI uses it, they never miss and make a lot of damage.

There is also a crafting system where you collect things that fall into the map and when you gather enough, you can upgrade your weapons which only means that they are doing some extra damage or they get sticky and glue to the surface. But all those things are not enough to significantly change your experience. 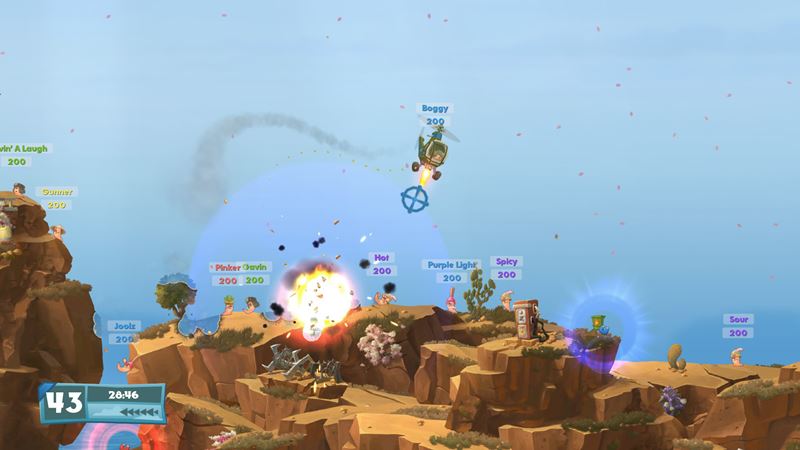 On the other hand, there is no other side because the buildings are another innovation on the same side - on the side of things that do not work as Team17 hoped. Some of the vehicles are easy to use but not that fun as they seem, but I never figured out how to use buildings. Maybe because of the early version of the game, but the buildings didn’t work. From the outside, they look normal as part of the terrain but have a couple of entrances through which you can get inside. The problem is that you never know what's in the buildings at the beginning of the party and you cannot target it even when you crush the walls. Some will say that this is an additional element of the strategy, but I did not feel like it when sometimes when I entered the building, it did not show me the interior despite the fact that my worm was inside.

Fortunately, when creating your own parties there is a long list of settings where among other things you can turn off stupid buildings. Besides that, you can do almost anything you want to create a perfect and challenging maps to play with your friends. I have never been a fan of playing the game online because I can’t push them to miss a shoot for a sure win, but for all people out there who loves competitive worms, they will for sure love Worms W.M.D. 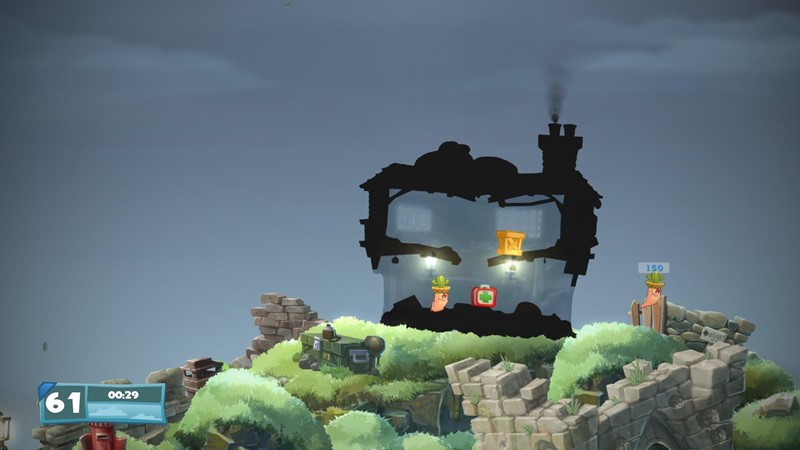 The new Worms look very nice. Hand drawn backgrounds and worms with satisfying effects and as expected smooth animations, wipes the floor with all the earlier sequels. The map generator always generates very interesting maps and the PC version also has the ability to insert your own textures so you can upload any pictures you want (maybe your school teacher or someone else) and make craters on them with all the weapons you can choose from (it is quite satisfying I have to admit). This game puts itself in an awkward situation where it is easy to criticize because of the shortage of ideas and bad news, and at the same time it is perhaps the best in a respected series.

Good article, and pretty fun too!
You can sense the certain flaws the game has but you gotta love it cuz IT'S WORMS.

They were the most popular game back then and the first and the second GTA were just games that you would play when you had no one to play Worms with.