I went on a trip to Old Greece and I really liked that journey. But there were few problems. In this review you are going to find out good and bad sides of the trip too.

Assassin's Creed is a franchise that has shaped current gaming world. Especially if we look at the open world games and mechanics that have become standard in gaming.

Because of the tremendous success that the franchise has achieved in its beginning, Ubisoft has been publishing a new title on an annual basis so that, following repeated criticism of fans and worse results, achieved by the "Unity" and "Syndicate" sequences, they took a little break. That decision proved to be correct, and the direction in which the series took "Origins" threw it into other world of RPG and provided the changes that players wanted for years. It was reflected in the sales results, but also the reactions of the players who were enthusiastically returned to the beautiful past created by Ubisoft.

A year later, the job once again fell on to Ubisoft Quebec, a studio behind the aforementioned "Syndicate", who had the opportunity to fascinate gamers with the world of Old Greece. 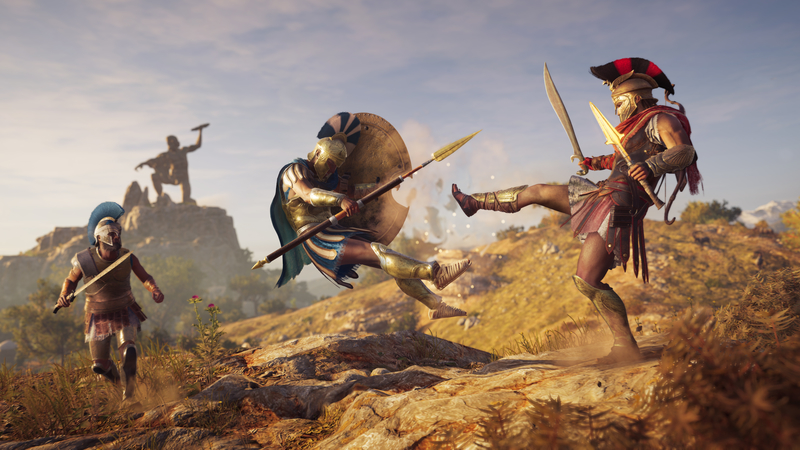 When the game starts for the first time, it is clear that you are expecting really big changes. The first thing that game  offers is a choice between a Guided or Exploration game mode. The first is the classic we are accustomed to, while the Exploration method is a brand new thing in the series, as well as the recommendation of game developers. It's a solid addition that will make you to find a "secret" place to complete a particular task (of course, with the help of an Eagle), And there is one more new thing in AC series, you can choose different options when talking to other NPC-s in the game.

This will reward you if you are curious. Likewise, in certain situations, you will be required to decide the fate of some people or to resolve legal fines, and in order to make the right decision, you will need to follow the conversation. It is a welcome change in the series, but since you will most likely meet with the side activities that will make it hard for you, the system leaves room for progress.

Immediately after, the game will put another great decision ahead of you. Choose between the characters you are going to follow in Odyssey. Once you choose a character, there is no return, but it is a choice of options that does not affect the story but gives a clear choice of players, which I also appriciate. 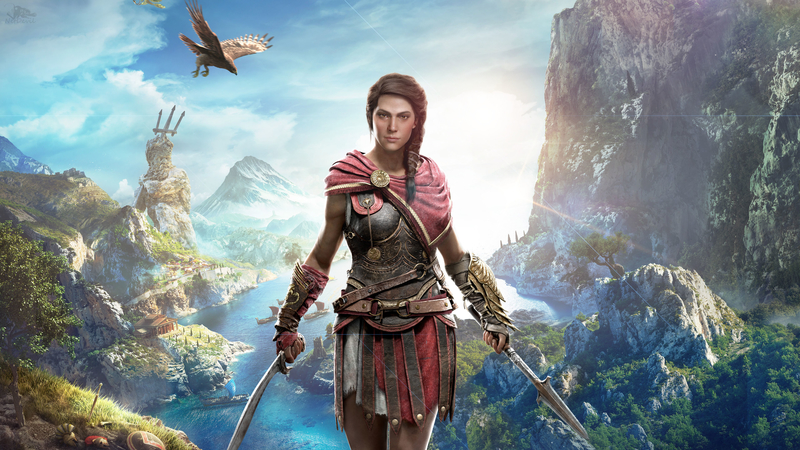 The story starts pretty gently and introduces us into the life of our protagonist (in my case Alexios). As it is, with a certain set of circumstances, that our character is predestined for something more and soon we find ourselves involved in the very core of Ancient Greece.And whil Peloponnesian war is rampanting, we will begin the journey of revealing the story behind our "big" family, and in this trip I met some of the greatest characters of ancient history and become a part of the political scene.
I will not go further than this, but I would certainly like to commend developers on the excellent use of historical circumstances and the entire system of the traditions and old-fashioned world to enhance the story. And while I enjoyed that time in history, the end left a bitter taste in the mouth.
It's hard to say "this is end" or how Ben Shapiro says it "THIS IS EPIC", because the game ends suddenly and without any sense as if Odyssey is over. Generally, certain "cuts" in the story are not in place, I would most easily describe it as watching a movie with poor editing, so I feel like some parts of the story have gone through.

Likewise, there is nothing in the Assassin's game, and we no longer have the trademark of the series - Hidden Blade, but as a substitute we use the Leonidins spear. Identity crisis or just Ubisoft's desire for greater profits? Who knows.

The story in the modern world has been left over more than ever before, which I personally like because I will not remember it for more than a few days, as well as every one after the end of Desmond's story. 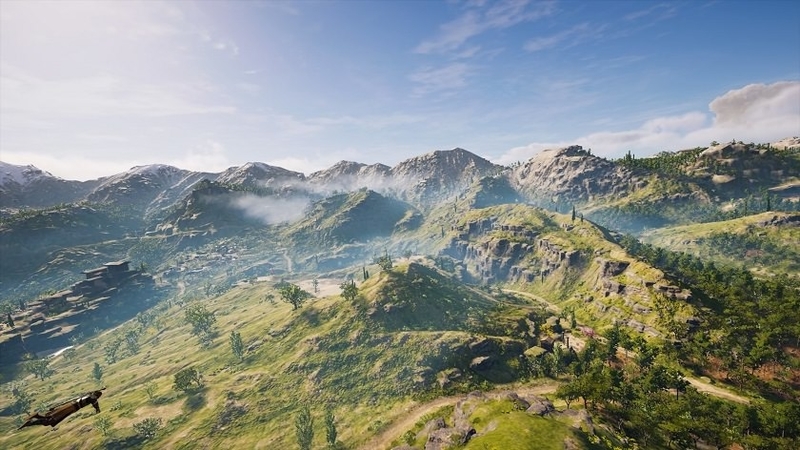 There are two more endings left behind, and they are hidden behind the End-game content and if you want that 2 endings, you will need to explore a huge map along and across. It's about pretty progress in size versus "Origins", and the entire folder is filled with questionnaires whose detection and resolution brings XP points to improve your character.
RPG elements have also been expanded, so now there are more opportunities to improve each element, starting with new skills that will help you in battles, to improve every piece of weapon or armor of various different modifications. Everything is pretty intuitive, so you can quickly break apart, sell and modify every piece of equipment, and it don't look like a big fatigue. 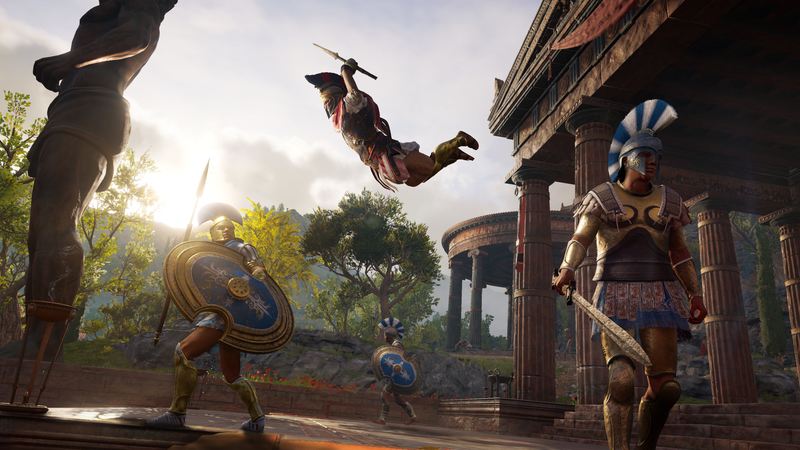 This huge map contains everything that can be seen in "Origins" like fortresses, camps, wild animal shelters, tombs, etc. It also brings some news. The Phylaxes have now replaced the Mercenaries who will hunt you after every crime that you make, and which functions according to the system that introduced  Middle Ages: Shadow of the Mordor. There are often situations where they make you mad because when you don't repay your sins,three,four or five of them will start to attack you while you are doing a mission.
Apart from being chased and hunted, you can also hunt them, and besides, you will also hunt the members of the cult whose story actually conceals the biggest connection with the AC series we know. Given that they are deeply related to the story, we will not have much about them, but we will just say that this is an interesting addition that will make you further exploration.

A huge part of the map is covered with water, so it is logical to include a naval battles  known from"Black Flag". Thus, sailing on a sea often invades conflicts with other ships, such as bandits and Spartans / Athens. By struggling and gathering resources around the world, it is possible to improve you ship and become boss on the sea. And while the fight is so good, it does not realize the ups and downs of the "Black Flag" mentioned above, especially the atmosphere, which is miles below. And while I was in the "Black Flag" often downhill for the helm and started sailing, I did not have such a wish here. 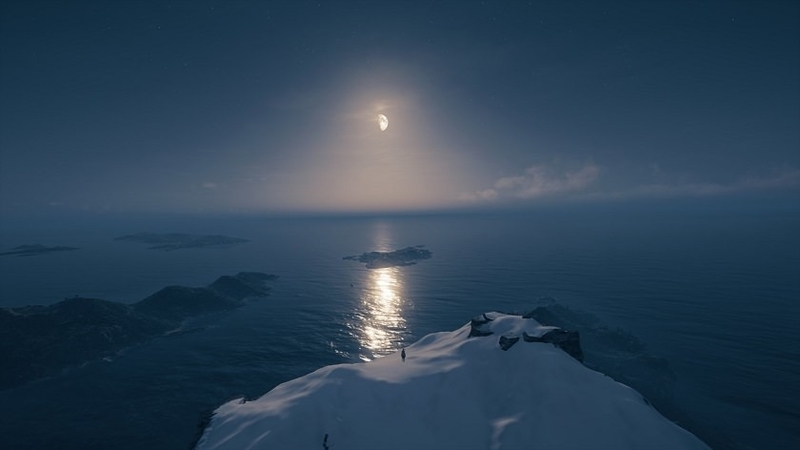 What makes the game go most favorably are the places where you will explore in your Odyssey. The game simply takes breath away, the range of the environment adds a wish to take a photo every few minutes. In addition, the use of Greek mythology for the purpose of certain searches proved to be great, and those parts are  the best part of the game. It's about side content that can be solved that will stay in your memory long after you finish the game. It is a pity that it is more or less that you will gain from secondary content, and that it is worth mentioning, because it is in the same lying the biggest problem of the game ... 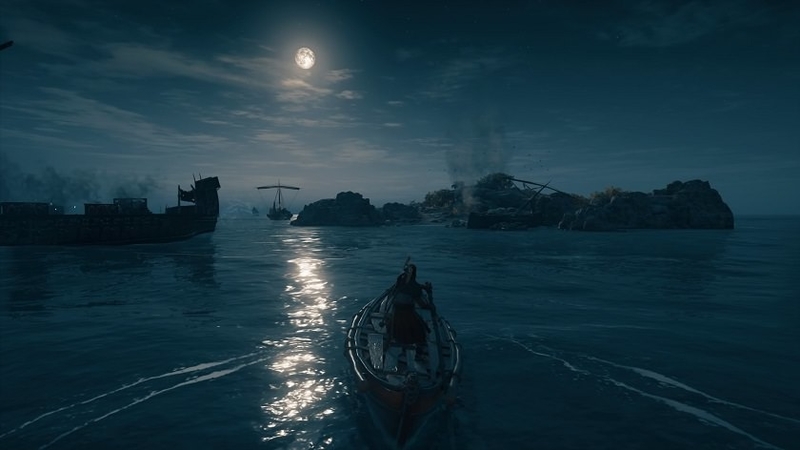 A combination of a huge map and an extremely large number of questionnaires, ranging from the aforementioned combinations and side- quests, which in most cases are repeated and after some time they got out of the control. Add the fact that much of  missions are performed in a similar and fast way. For the first 30 hours I cleaned every corner of the map so that repetition by repeating it becomes extremely difficult and bad - without any sense of accomplishment. Even my great OCD when it comes to clearing maps in similar games, I could not finish every questionnaire.
Idid not have such a problem in the "Origins" and it was a huge game too, but it was considerably smaller than "Odyssey". Also, it does not help the fact that 90% of the things you do there, you worked in "Origins" in exactly the same way. In many ways, "Odyssey" is absent from "Origin", so it does not manage to keep that purity that would make you a little bit pushy for the solution of everything.

Even the design of the locations in the game was the same, so I was almost offended if every time the tombs were made from the same level of design. "Origins" was a much better and more imaginative game, and programmers knew when to say enough, while "Odyssey" was simply overwhelmed with unnecessary content.

There are more problems,especially with an enormous amount of bugs, and I experienced gamebreaking bugs several times, and suddenly great experiance turns out to be solid. Fighting alone is pretty tricky, especially when you repeat a few dozen hours, but fortunately there are skills whose animations never get boring, so it's a little bit more interesting. Additionally, by introducing enemy scaling, you will always feel like you are beating sponges, not enemies... 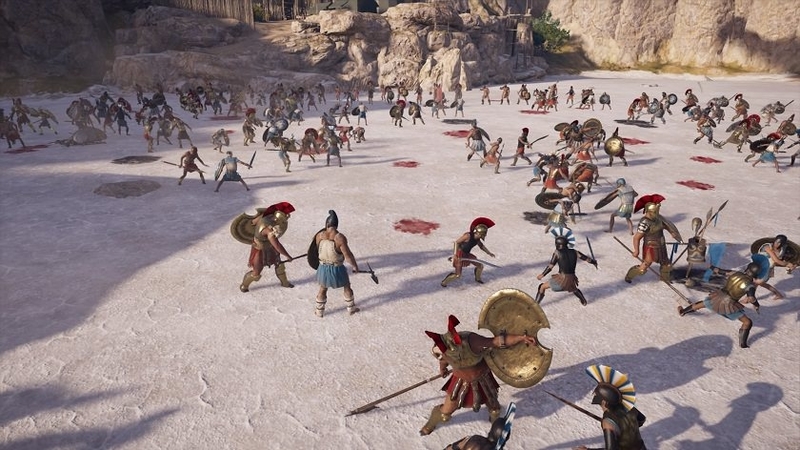 You can also spray chaos between Spartas and Athens and thus launch conquests and choose either of these two sides and try yourself in the big battles that are beginning to look good in the beginnings but also get boring fast with their recurring mechanics and without or with small rewards. After the fight, the new leader will shine on the forefront of the province, and you will be left to repeat the same battles...

THE END OF THE ODYSSEY

Assassin's Creed Odyssey delighted us ... the first few dozen hours. As we progressed further through the story, it became clear that this game has some serious problems, all of which range from the size of the game. The magnificent world revealed its disadvantages in its size, so I was so disappointed with the sea battles and repeating content and found it once again in the recurring cycle of recycled gaming mechanics. Last year, we welcomed the change of direction in the series, and this year we are praying for the next major changes that will have to give up their archaicism to bring us back to our world.

because it is in the same lying the biggest problem of the game ...