Hear me out first, The game Isn't like what you think it is.

NOTICE: Reupload requested by Gamehag support! Also Thank you for All your support! XD 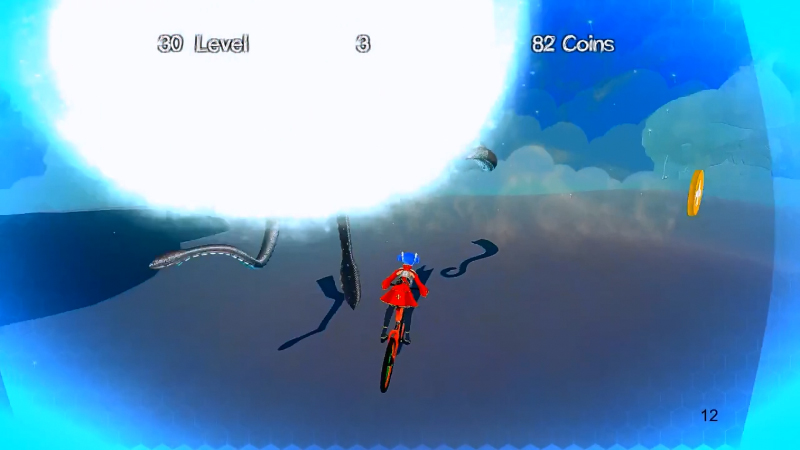 So much fun you Play as a Cute Blue haired girl character Riding Bicyle. Escape from Giant Tentacles, and Flying monsters. For example Flying stone monsters, or Birdman or Succubus? Well I don't know what they are called. And yes I know what is heard but don't get me wrong. There is No Nudity in the gameplay, So let's move on to the world. The World System uses a Generation of Random Worlds. Most of the Stage is only Forests and Rock mountains. So it might be like Flappybird, or Minecraft with Cheerful Music playing, which I Enjoyed it. The game Repetitive but is Very Enjoyable. 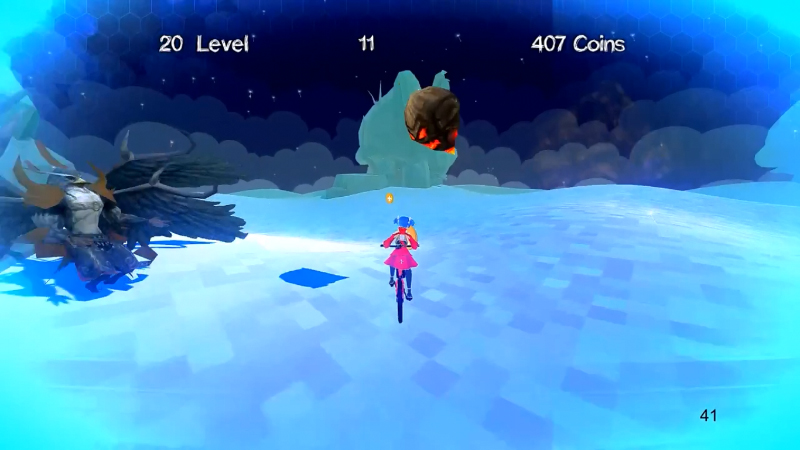 Collecting Coins reaches new levels to Open Galleries. In the Gallery you can Unlock some Images and Art by spending Coins that you get in games. The Pictures and Art Not Too Vulgar, or referring to Pornography. Mostly just about Girls with Tentacles. Yes this is Sexual content, but those Images, and Artwork just feel Like you See People Swimming in the Sea. If you see it as Sexual content, and No Porn! and the Artwork is Very Beautiful. Now about Controls not really good. I have some problems Turning, can't Back down, and sometimes get Stuck on Obstacles. But Jumping Mechanics are Good, I can Jump as High as I can, Really fun.

Is Not bad for Meme game this look Good. With Colourful, and 3D Environment world made with Unity engine make the game looks Fun. The Tree, and Mountain looks Good. Character seem Pretty Normal for Anime. Character have Blue hair and Red dress. The Monster look Good Especially the Tentacle. The Bicycle look like Bicycle, and the Gallery Artwork is Beautiful Overall Good. But beside of that No Cutscene, and also some Glitch on Environment.

Hentai Tentacle Bicycle Race is a game that is Quite Exciting. If you just want to Have Fun and don't want Complicated or Serious video games. This game is Very Simple, If you like Simple games like Flappy bird this one is Really for you. Besides of that Yes there is some flaw but for the price $0.99 + Gallery Artwork is Worth it. If feel Embarrassed about the Title you can try Sending it to your Friends, and Playing it on your Friend's Account, or letting them try it. I Really Enjoy the game Please Don’t Judge Me because the Gallery. Gallery Artwork is Beautiful but What i Really Enjoy of game is the Gameplay even it's Repetitive.

What am I reading?

Have you seriously played this or you just wrote it? I haven't played worse game than this one in a while.

What the fuck am i on