Rate this article "Review: The Whisperer in Darkness"

Review: The Whisperer in Darkness

In my opinion, not every game needs to be something big. And 'The Whisperer in Darkness' shows that well. It's actually an interactive visual novel, an adaptation of H.P. Lovecraft's horror story of the same name. Quite a successful adaptation at that, if I say so myself.


Nat Quayle Nelson, apparently a game dev and a writer, released this visual novel on Steam October 18, 2016. It's a faithful, if a bit modernized adaptation of the original story  -the characters use computers and laptops and communicate with e-mails, even though the story is chronologically set in the early 20th century. The visual novel can be purchased through Steam for 2,99 dollars. It can also be acquired by supporting Nat on Patreon. 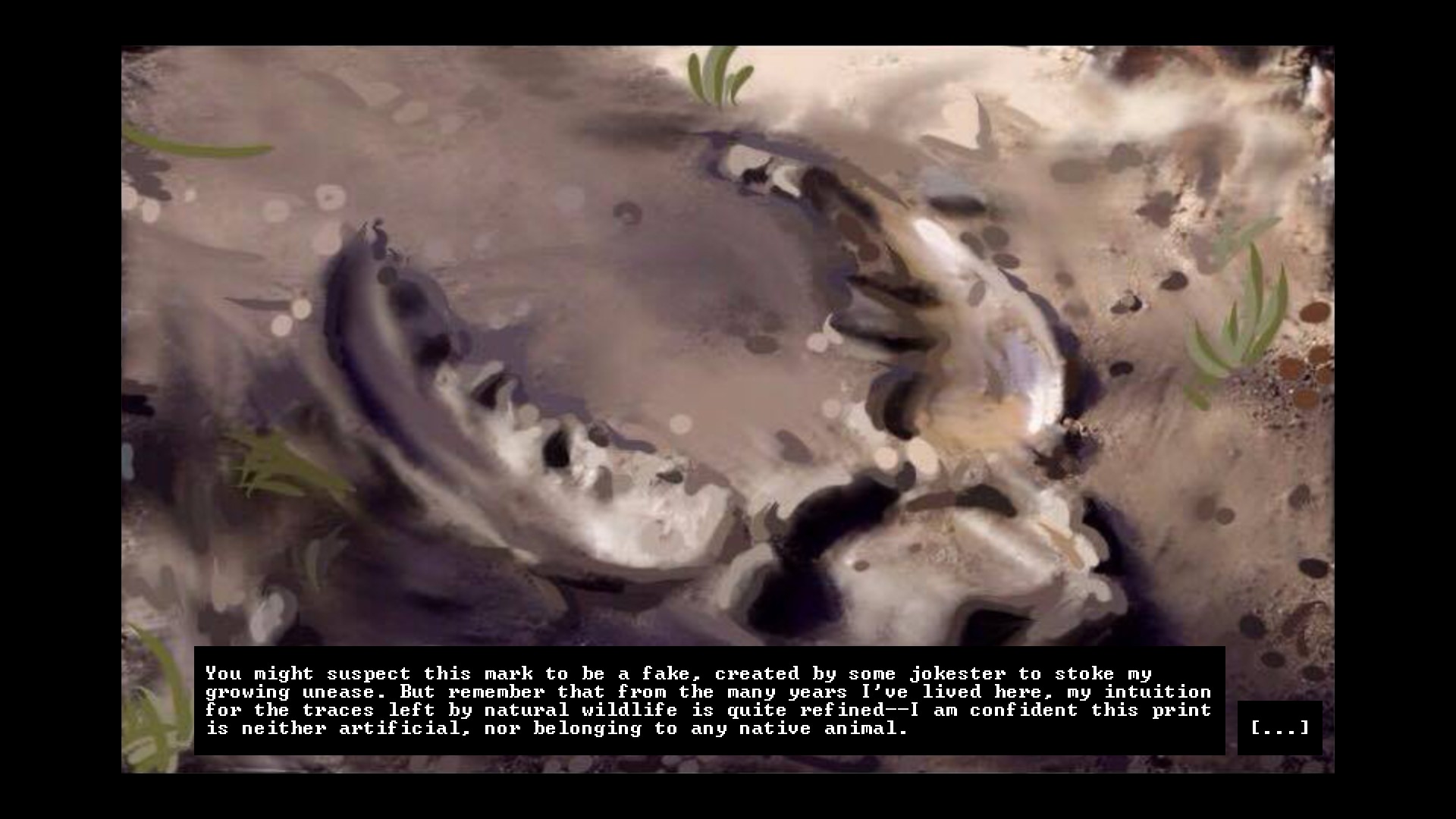 'The Whisperer in Darkness' is among the most well-known stories of H.P. Lovecraft, but I'll try to avoid revealing too much.

Everything begins with the historical Vermont flood. Some people claim to have seen bodies of strange creatures floating in the river, which in turn leads to many old folk tales and legends resurfacing once more. One such example is the legend of alien creatures known only as Mi-Go. According to the stories, these creatures are claimed to move often in the hilly areas of Vermont, where they mine an unknown metal which is found on Earth, but not on their homeworld. Some even claim to have seen dark figures taking flight on cloudy nights. Alex N. Wilmarth, a skeptic and a professor at Miskatonic University is convinced the stories are little more than a fraud, a memory of the past times when disliked people were accused of devil worship in order to have them exiled from their communities. He writes about his thoughts in the papers hoping to end the debates. Wilmarth is contacted by Henry Wentworth Akeley, a farmer living near the dreaded hills of Vermont. Unlike Wilmarth, Akeley is convinced that the creatures are real and that there might indeed be something going on at the hills. Akeley has discovered a black stone with strange markings and clawprints, which he claims are neither manmade or from any wild animal native to the region. Chillingly, he even claims to have heard what he describes as ritual chanting on cloudy nights. The investigation of the two men soon takes a dark turn when it becomes clear that someone or something doesn't want Akeley to advance in his search for answers... 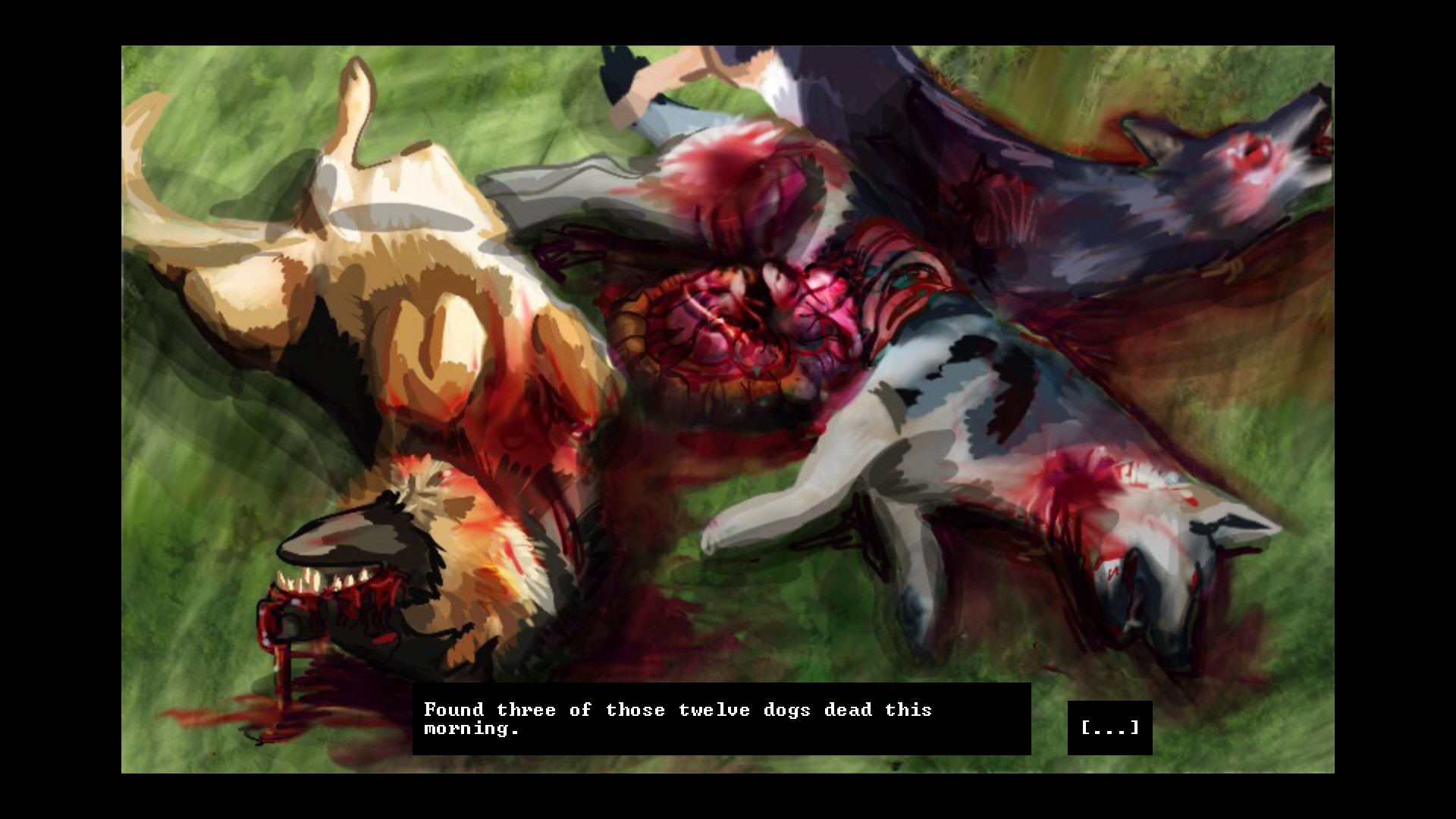 The visual novel features some horrific imagery, but where it truly shines is the use of sounds. There is a highly ominous music playing in the background throughout practically the whole thing, occasionally complete with the echoing of alien sounding whispers. Rather fitting for the setting. The sound is used in other ways too: creepy noises, dogs barking and in some intense moments even complete silence with no background noises at all. All this creates quite an unsettling atmosphere, far better than some games who rely too much on overused and cliché jump scares. And of course, the end result is even creepier when both the sounds and the imagery are combined. 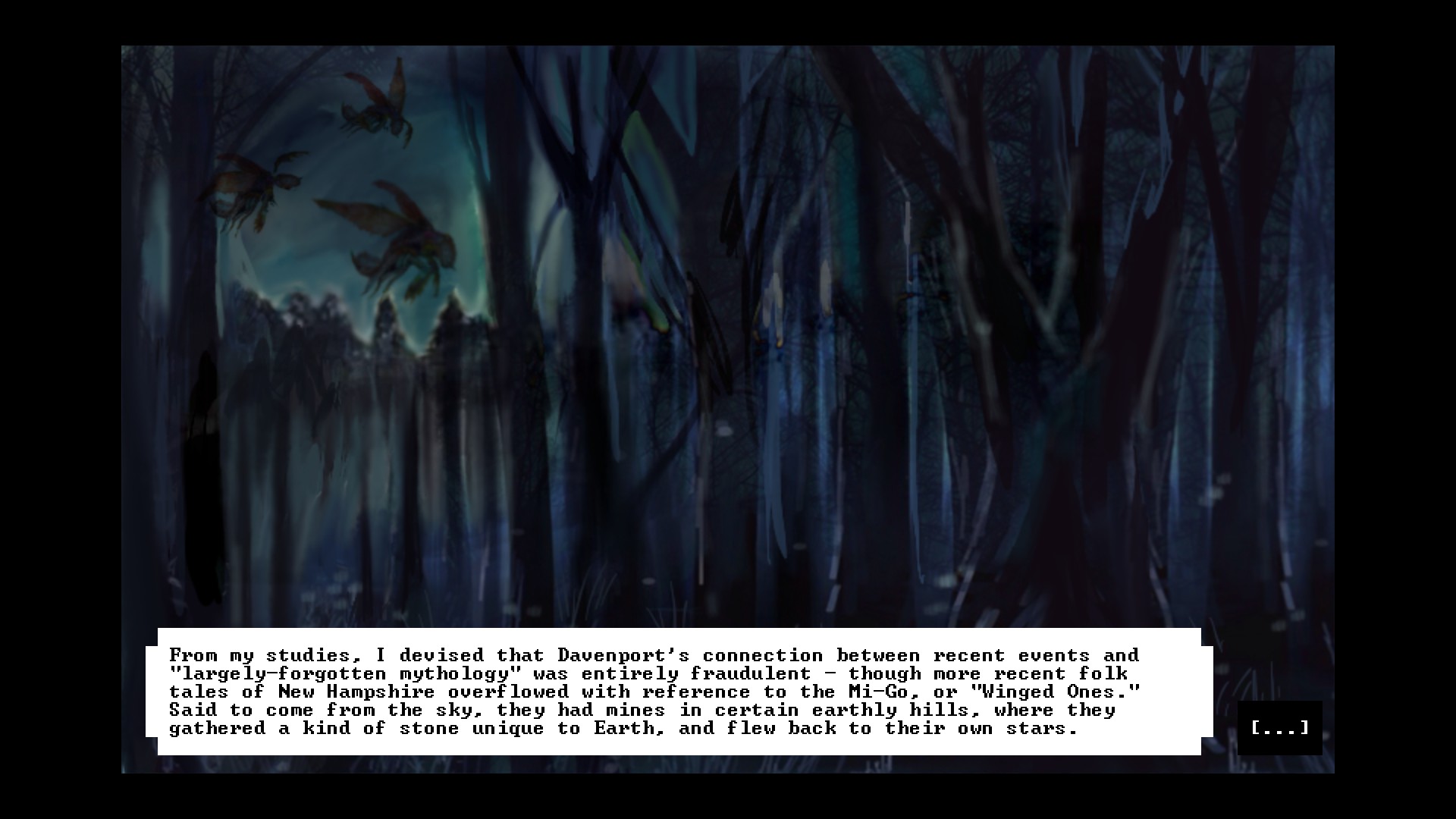 'The Whisperer in Darkness' is definitely a successful adaptation. It's faithful to the original story and manages to create an ominous and unsettling atmosphere by combining imagery and sounds. How do I consider it successful? Well, it made me feel somewhat uneasy at times, despite the fact that I knew the story down to the ending. Certainly a success.

Rate this article Review: The Whisperer in Darkness

Like how you brought thw story and sound together well done mate.

Like How you tried to bring everything together storie sound good work.

You need to use paragraphs but other than that good

Like how you brought thw story and sound together well done mate.