Rate this article "Why make your own game?"

Why make your own game?

Why make your own game? Why bother investing a lot of time, energy and possibly money into something that might never pay back? In this article, my very first as a matter of fact, I'm trying to show you that making a game, even a small one, is very satisfying and not as hard as you might think. And I hope we'll both learn something from this article. :)

Firstly, the video game industry is booming with continued revenue, making the domain one of the most profitable and accessible out there. No gender distinction, age restrictions or even initial investment. You just need a computer and the will to learn.

Timothy O’Shea, an analyst covering the video game sector at Jefferies, stated that: "Gaming is taking market share from every other form of media. It’s growing faster than movies, TV." 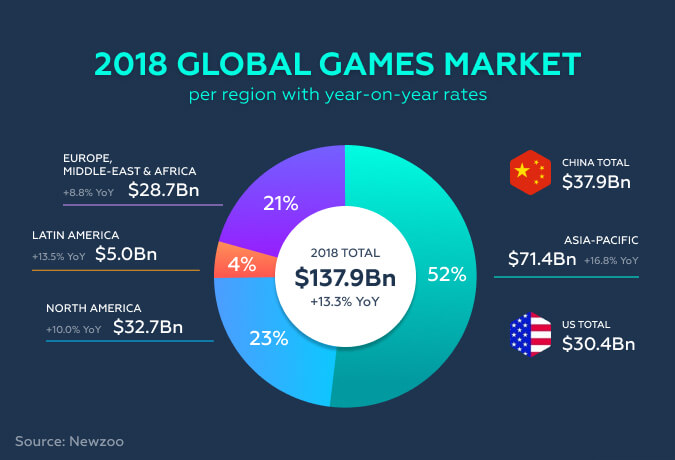 Some might argue that you can't compete with multi-billion dollar companies, but nowadays gamers appreciate the content a lot more than the brand. There are lots of examples of games developed by a single mind: Banished (by Luke Hodorowicz), Minecraft (by Markus Persson), RollerCoaster Tycoon (by Chris Sawyer), Tetris (by Alexey Pajitnov), Thomas Was Alone (by Mike Bithell), just to name a few. The point is that with a little determination and some invested time and love, anyone can create a piece of art.

Now that I have hopefully convinced you that making a game by your own, or even with your friends, is possible and not as Sci-Fi, let's see what you need to know.

Firstly, you'll need a game engine. I'm not gonna enter into details and talk about every single game engine out there, cause that's just impossible. The variety is so large and their purposes are so different, that the only criterion that you should consider is the personal preference.

Some of the most used game engines are: Unreal Engine, Unity, Godot Engine, GameMaker, CryEngine, Amazon Lumberyard, RPG Maker and so on. 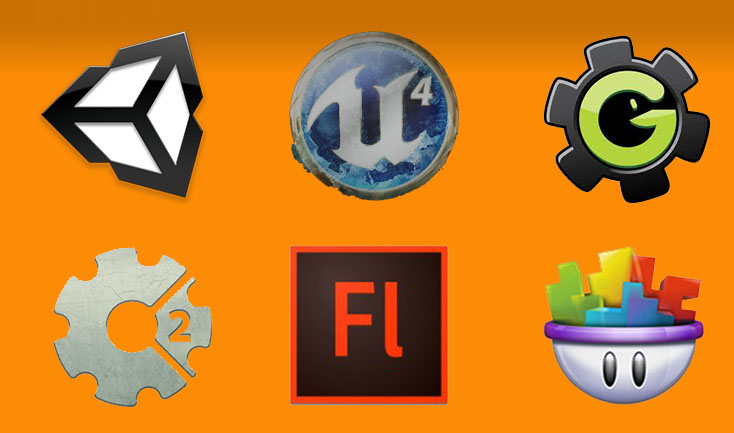 You can google any of these engines and see exactly what they're capable of. My starting game engine was Unity. I chose this engine cause it was free, user-friendly, had a lot of teaching materials on the internet, most of them free and it also had lots of free assets, making my life way easier. But this is just personal preference, as I previously said. You can choose any of those and make it work.

Now to the scary part: *dramatic drums* coding. Yes, coding is, for most, a setback. And being a developer implies knowing some programming languages. BUT... the game engines are making it easier and easier for us to create games. Some of them don't even require coding at all. Even in Unity, with the help of some really cool assets, you can obtain amazing visuals in a game, without a single line of code from your behalf.

For example this video is showing a Unity tutorial on how to create a forest using 0 lines of code. Sykoo, the owner of the video, is a great learning channel from YouTube.


Ok, now that you got your game idea, you chose your game engine and learnt the basics from the internet, the best teacher is practice. Try things out, see where it leads you and expand your ideas. Give it time and most importantly, don't give up, it's gonna be worth it in the end, trust me.

After you're done with creating your game, it's time to monetize it. If it's a smaller game, more like a concept, you can post it online for free or the "Pay what you want" mechanic. You'd be surprised of how many people support indie games and their developers if they feel that you're putting effort in your game.

Even if your game is free, you'll still get some reviews, get your bugs sorted out, improve your weak spots and eventually you'll have a game that you can be proud of. After that, there are lots of platforms that support indie games and are willing to give you support.

Yes, it might take a while, and yes, it might get rough, but remember: you're doing what you like and that makes it all worth it. Good luck! :)

Rate this article Why make your own game?

what? didnt know that exited

Helpfull as heck bro thanks m8!

Thanks for this awsome

Im thinking to give it a go. Gonna try learning Java for coding as a start. Definitely will use Umity as your article suggests

Thanks for the reviews guys, I appreciate them and I'll try to make a better job next time! *-*

This is so interesting I have never made a game before