I have never driven fast cars on inaccessible terrains so I can not say if DiRT 4 is an authentic rally simulation. But since the game held me at the very edge of the chair in absolutely every race, I can say that it has faithfully transmitted at least a fraction of the feeling in that scary driving. You know the funny habit when people like to tilt and move while driving a virtual car in the game? I did not think I would do it because I had played a lot of racing games and I usually don’t do that. Still, in Dirt 4 I "rocked" whenever I entered the turn too fast or wrong.

My mistake was that I have ignored the new Academy Mode in the beginning considering that I knew enough about the rally not to end in the first bush or a tree. However, since I did not play DiRT Rally I didn’t expect to game to be more advanced than just regular few buttons for throttle/break and steering. Here in Academy you learn how mechanics work like redistribution of car weight, timed start with handbrake, etc. I was expecting just a standard tutorial. Oh dear I was wrong… so wrong. 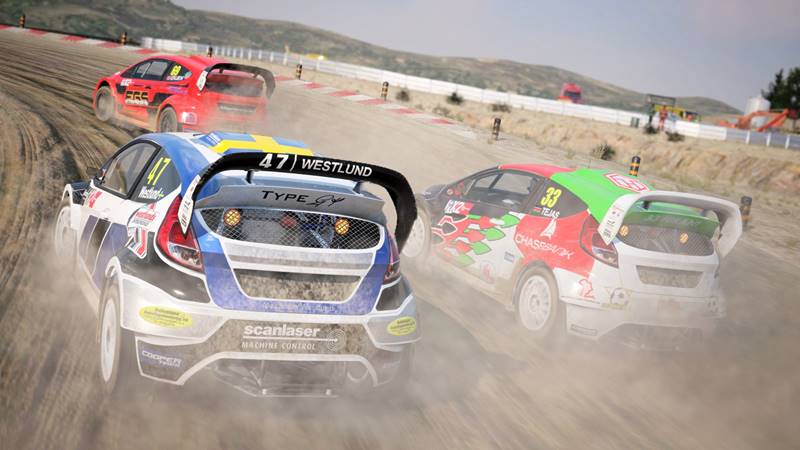 When I finally dared to start my own career, I noticed that DiRT 4 is a little bit more on a hardcore side because by default there are no regular help like flashbacks that were present in the first three DiRT games. Instead of them, there's a classic restart, but that means you have to get back from the beginning, not just before the failed part. However, a wonderful thing is the difficulty of the game is extremely flexible. For example, you can exclude these restarts for an additional challenge, but keep some other tools. This way, you can balance between accessibility and higher rewards because most difficulty settings affect your earnings percentage. 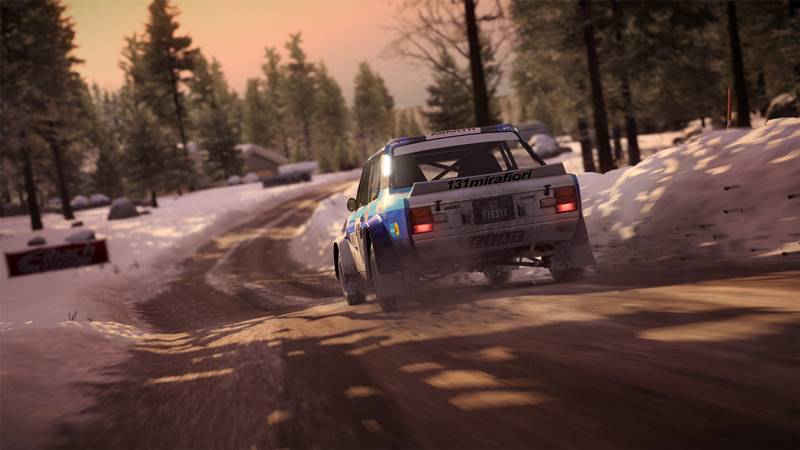 Freedom in difficulty selection is particularly noticeable when you see that you can combine different driving modes with different challenge settings. For example - you want a simulation driving mode, but you don’t want the game to restrain you from the cab view camera or you do not want the harder opponents to come up with this simulation. This is a slightly lighter approach than in the previous games of this series, but it is welcome because simulation fans will have their own craze, and less experienced drivers will have room for additional challenges as they progress. 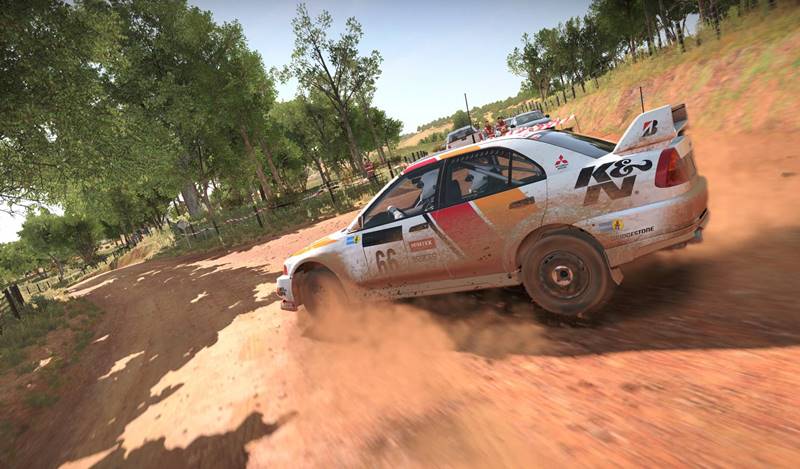 To the happiness of those who love long-lasting challenges, DiRT 4 is a real oasis for that. There is a lot of content through a career in singleplayer, and daily activities and community challenges in multiplayer. You can easily spend over twenty hours in a career, and if you are a collector, you want to fill up the garage and maximize your team - count twice as well. However, the fun does not end there because you will find new tracks in DiRT 4 every day.

The game has a new track generation system by default patterns and settings. Your so-called Stage system can create a unique tracks for your length and complexity parameters, and you can add the race and weather conditions to each track. Tracks are generated "on the safe", the algorithm that makes sure that the tracks do not look like they were fired from Trackmania. This is crucial because the generated tracks are used in multiplayer modes, so that there will not be something waiting for you that you cannot get the rest of the game ready.

Your Stage has the limit to generate only a rally racing tracks – outside the main career races, while Landrash and Rallycross are focused on the real tracks. This is not a problem because the rally is more than half of the game, but I find it a bit wrong that the number of different types of competitions has decreased compared to previous games. For example, the Head 2 Head and Trailblazer competitions have been removed, and nothing is offered for them except for the Historic Rally mode, which has rally races on the same track only with older cars. Gymkhana from the third part was also removed, but instead, at least the Joyride competition from Showdown has been retained.

I mentioned at the beginning of the text that driving in Dirt 4 is frightening, which is a living truth - especially when weather conditions combine with the terrain. For example, when dense fog is falling, it's awful, but when it falls in Wales, its near disaster - at least it was to me. But every rally fan in that catastrophe usually finds the charm of that sport. Some special part of you will be happy when the rain drops down and you have to drive on extra caution 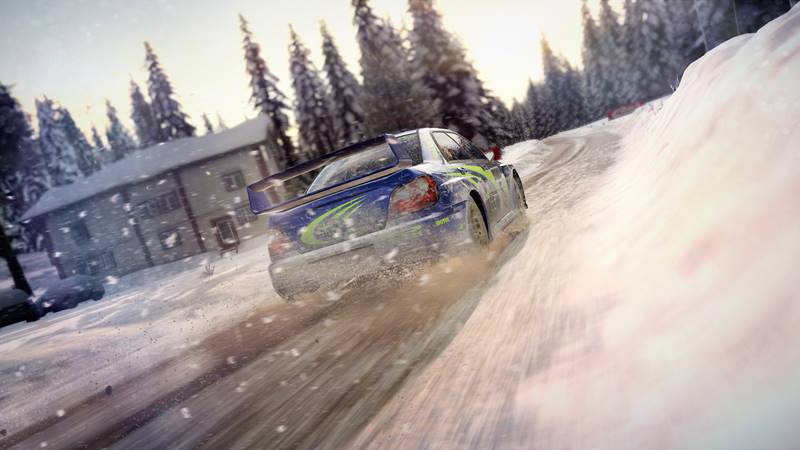 DiRT 4 brings such things fantastic, and the world itself is dynamic enough that you cannot practically blink while driving. You will see other drivers who have had an accident on the trail, some places you will chase the flock of birds etc. I would like to see more such things, but for the time being this is quite decent, given that the focus was reasoned on the driving mode and simulation of damage. These two make a pretty good pair, because DiRT 4 is not harmless even driving at the lowest difficulty settings and will not forgive you if you run over or hit an object with a vehicle.

Progress is somewhat modest in the field of presentation because there was no significant shift from last year's DiRT Rally. Far from being outdated - it is actually very good in displaying terrain (not counting vegetation) and vehicles, but it is not the graphic top of today, even in the racing games genre next to a Forza Horizon 3. 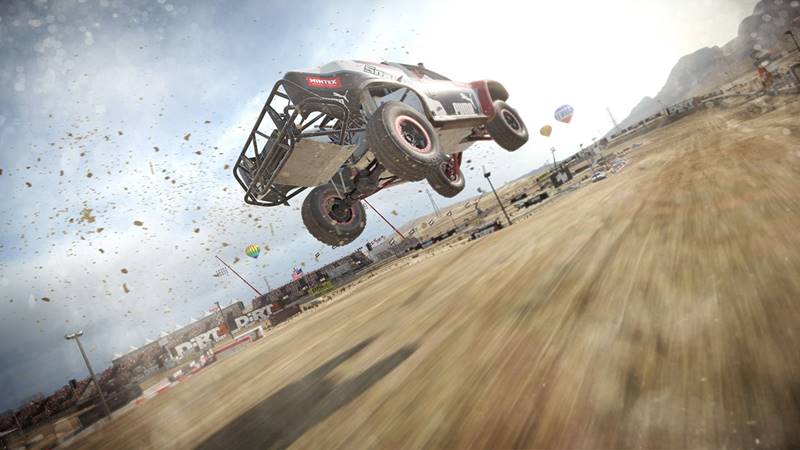 If anything, Codemasters has at least confirmed that it definitely rejects the urban design from previous games, and along with it, forcing some "cool" image from the perspective of average puberty. The music selection of Codemasters has made progress from hip-hop and electronic music to rock and pop, and this time brought famous performers such as Bastille, Lorde, Chemical Brothers and others.

Now, is it worth buying DiRT 4 or DiRT Rally, which is a little cheaper and you probably already own if you are a fan of this type of racing? Depends on what you are looking for. If you like a variety of competitions and a bit more arcade approach with a more sophisticated career structure, then DiRT 4 is a good choice for you. If you only like pure simulation, driving mode and driving experience, DiRT Rally may be a better choice. In DiRT Rally you can find the legendary Pikes Peak and if possible try and drive it even in a VR mode while DiRT 4 has no Pikes Peak nor VR support, but has an accessible entertainment that no longer makes a circus of available sports.

well not bad for a review, you followed the roules i guess

i did not know that