When Blizzard released Diablo 3 on consoles in 2013, we got the definitive evidence that the genre of the hack'n'slash RPG can be as good and fun as when we play it on our computer banners. It happened a lot earlier, even with the first Diablo, but the difference between the first and third parts somehow even better translated the point that the action macro can work on the consoles.

The one who played the title on the consoles certainly remembers how much the chance of dodging by rolling rescued a living head in the battles, and this is precisely the principle of the Vikings: Wolves of Midgard. Whether you go to this adventure on a console or computer, dodging opponents is just as natural as a controller in your hands or fingers on your keyboard. This way of control combined with other elements, among which there are several newspapers, is quite well conceived, but the realization ultimately has little protection and will probably not be remembered as something crazy and unforgettable. 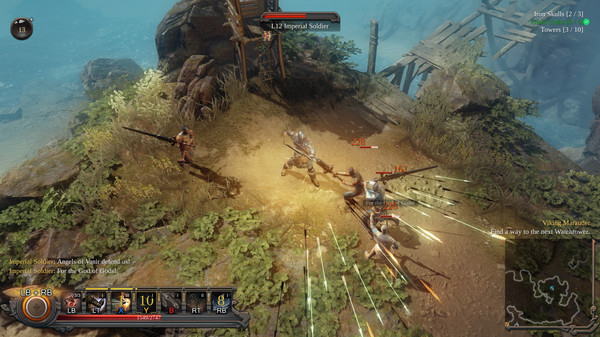 Moving from an action similar to the titles of this genre, our hero or heroine arrives toward the destroyed village, the first station to save the rest of the world. Classics, I would say, but the developers have even put a very strong emphasis on a story that will be highly appreciated by fans of Nordic mythology. What's bad about this action are phrases that do not sound like the script should have parodied the approach to saving the world.

The story will be appreciated by fans of Nordic mythology, provided they pass through unfavorably bad dialogues.

Dialogues are rather short, but when using phrases such as "I can not wait to break more enemy bones" and the like, you can feel that bad misery in the middle of which it's hard to recognize whether it should be humor or something else. In the description, this probably sounds weird, but believe me on the word - it's even more weird when you really hear that bad realization. Nevertheless, the action itself that takes place during loading is quite solid. Nothing to remember, but it is very possible that you will listen to everything that is to say instead of pressing the button to continue the opponent's trap. 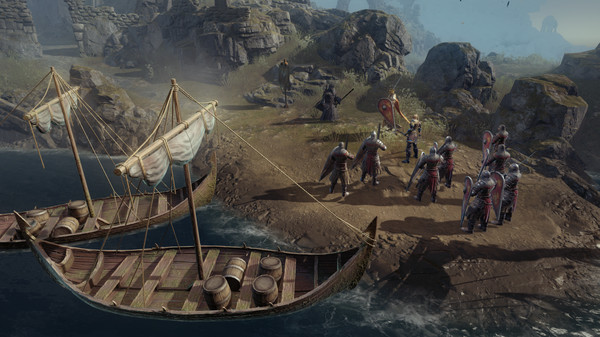 When it comes to punching opponents with different blades and other weapons, the Vikings reject the classical class system and orient the skill tree according to the type of weapon used. By doing so, all restrictions have been removed so if you are not satisfied with the selection of skills at the beginning, the points won can be redirected to what is right for you during the game. As soon as the possibility of using two sets of weapons is added to it, various experimental options are opened.

The less positive side of this system is the lack of imagination with the available skills. No god has any skills that are fun to use or stand out for something. However, this can be a very subjective opinion, but only by looking at the competition, here simply simply missing this "woo factor" in character development.

There is a lot of freedom to experiment in developing a character, but there are few reasons to enjoy it.

Although the two-cell system is nothing new in the ARPG genre, the structure of the level on which Vikings rests: Wolves of Midgard is not something that is often seen. Namely, developers have moved away from classical travel around the world and have introduced a raid system, ie increasing the number of smaller levels that must be completed before the final calculation. This may sound strange in the ARPG environment, but when you enter the economic branch of the game where you need to collect resources for village development and your own personality, then raids make sense. 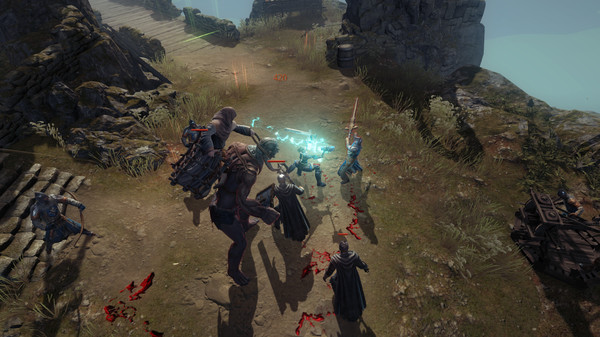 In order to make the whole thing more interesting during the game, a survival system was also introduced. The environment can be devastating if you keep it for too long in the cold or in the poisonous air. Perhaps this sounds silly, but since the levels themselves are not too big, this system adds a grain of tactics to make the gameplay more fun. However, the tasks per level are totally non-existent. Even though their successful execution overcomes additional resources, they may be completely ignored at a later stage of the game.

The concept of raids in the ARPG genre may sound strange, but with several other elements well-suited to the Vikings.


Another element that fits into the system of raids relates to treatment. Namely, there are no known botanicals for restoration of health, since Vikings did not bathe with glass. Therefore, they decided that it would be best done through the altars and special objects in which the "blood" of the fallen opponents was collected. It is this extra blood that benefits when the situation is critical, and the altar is not close. 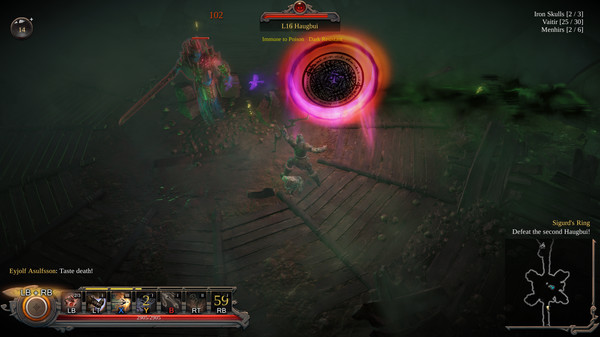 Looking at the whole picture presented to us by Vikings: Wolves of Midgard, it can be said that there are good ideas in place, but there were still more grinding and polishing in order to make the best use of everything. For example, the economy - although initially a fun item, later it is understood that there was no further development. Especially because traders who are upgrading rarely have good items in stock. On the other hand, the bosses after the end of the raids are quite interesting and challenging, so the feeling of uncertainty is always present - "what will I next meet?"

All this might be a little push to the side if the game created the addiction of how it competes. Because of the progression itself, after the end, there is simply no motive for re-moving the game, albeit cooperatively. When it comes to the fact that there are not too many items to play in the game after the opponent's massacre, there is no feeling that you have to play yet - I have to collect this set, I have to create some kind of jewel and so on. For this reason, the Viking can go through some 15 to 20 hours, but after that the game can be saved side by side and later mentioned when the company talks about the ARPG genre.

I'm starting to suspect, there's a lot of articles from the same author this time around.