Few games have what Skyrim has. It is truly a leader in the RPG genre, and inspired other incredible games. Even now its fan base is still very strong, and its modding community pretty active. It is considered by many one of the best games of all time, and for good reason.

Skyrim has some pretty cool visuals, particularly if you have the Special Edition. While some may consider its visuals too monotone and dull (which I can understand), I personally find that it makes Skyrim seem beautiful in its own way, and reflects pretty well on a peaceful land troubled by political strife and the threat of dragons. Aside from that, one of the best things about the game is the soundtrack. It’s honestly the best video game music I have ever heard, and fits like a glove onto the game. It really makes you feel like you’re at the center of this world, which is honestly the whole point of video games. 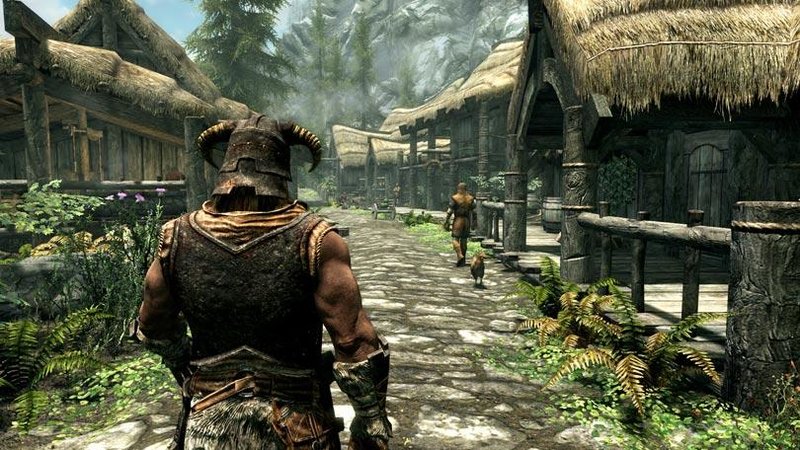 Something else that is pretty awesome is the fact that there is a ton of side-quests and miscellaneous quests that you can complete, and some of them are pretty cool and really fun. There are also lots of features to try out like tons of spells, staves and stuff like vampirism and lycanthropy is super fun and makes you feel like there’s always something for you to try out.

Many people tend to hate on Skyrim’s main questline, saying that it’s not very logical and that Alduin is very underpowered in it. I understand why people think that Alduin should be more powerful, because I’ve honestly had very little trouble defeating him myself, and I don’t consider myself a professional. Other than that, I actually loved the main questline. The struggle between the Greybeards and the Blades, the Stormcloaks and the Imperials are really cool to follow, and make you feel like Skyrim’s world is real and has real world problems. 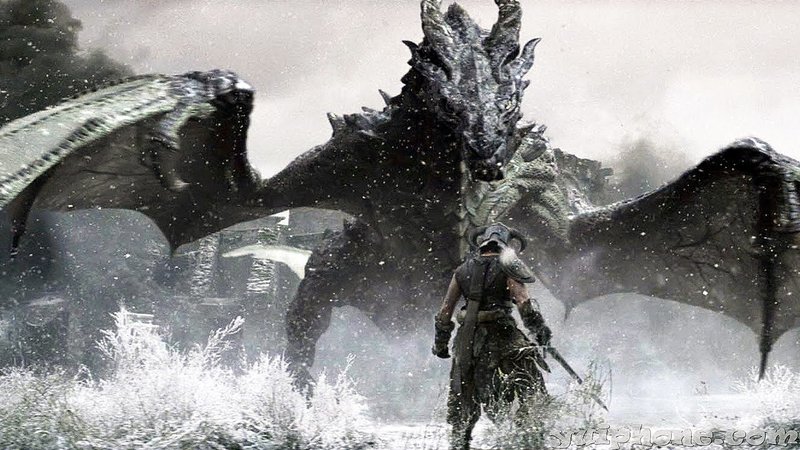 The DLCs are pretty cool as well, and the Dawnguard and Dragonborn questlines are truly awesome, perhaps even more so than the main questline (You may or may not have read my article on the Dawnguard DLC). Hearthfire makes you feel even more attached to the game, due to the adoption mechanic and you being able to build and customize your own house from scratch. Dawnguard allows you to become a vampire lord, which unlocks some really fun abilities. As for Dragonborn, it gives you some pretty cool shouts and allows to RIDE A DRAGON!!! Although you don’t get to actually control the dragon, it’s still pretty awesome.

Skyrim is, as I’ve already said, one of the most relatable games ever. The game just feels like it has a soul of its own. It connects with you in a way that almost none really can. Although some characters have some repetitive dialogue, they are all still in the same places in the same cities, and only disappear or move when something usually caused by you or a quest happens. When you go somewhere, you know that you’re going to see them and you know how you feel about them. It feels like, although you’re adventuring all the time, you’re still living in a normal-functioning society. In short everything is relatable, everyone is relatable. 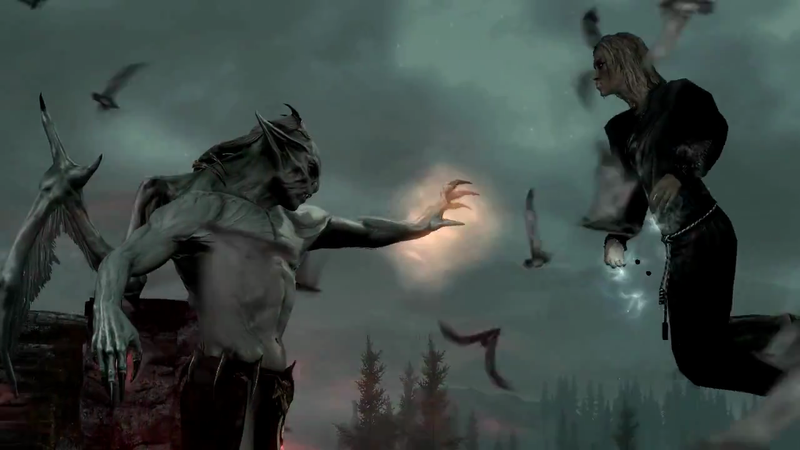 At least, almost everyone. This is what I consider to be this game’s one major flaw. All the characters are relatable except for one: you own. Basically, your character moves like a well-oiled robot and doesn’t react to anything that is said, shows no emotions, no pain, nothing. He doesn’t move at all when conversing with someone: he just stares out into space, looking like he wishes the conversation would end. I hope you like the face you built for your character, because that face is never going to twist or change at all. It’s simply going to stay frozen there without ever reacting or physically talking. He even fights like a robot (in fact combat in Skyrim is pretty lame in general): He basically swishes around, and that’s it. Except for the occasional cinematic kill, your character’s movements are like that of a robot. 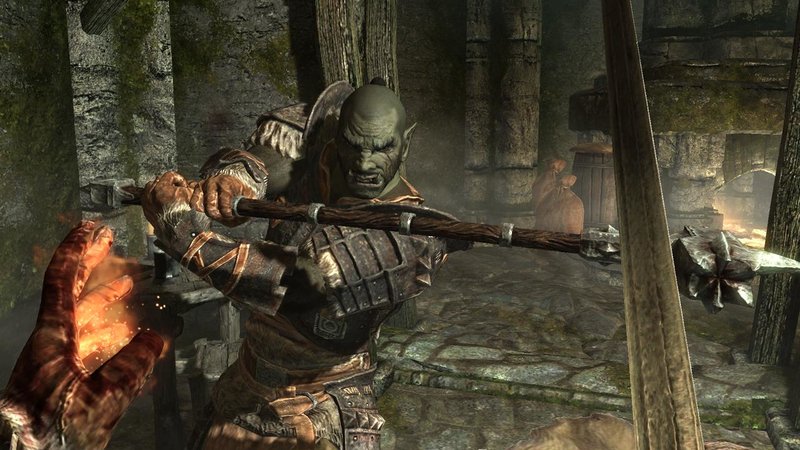 All in all, I love Skyrim. While its flaws are pretty bad, they don’t stop this game from living up to its potential. If you haven’t yet tried this game, let me just tell you that are missing out on a lot, and that Skyrim is definitely an experience you will not regret.

In Hp nothing up