Valiant Hearts: The Great War , one of the best story games from 2014 , the game has one of the best and sad story about the war , the story focuses on Emile and his family , the whole action takes place in the first World War. Karl , Emile's son-in-law , Karl , is deported because he was a german and they lived in France. The story is sadly not a happy one , because the war is not a happy thing , Emile and his family will suffer because of the war , their family will never be the same. 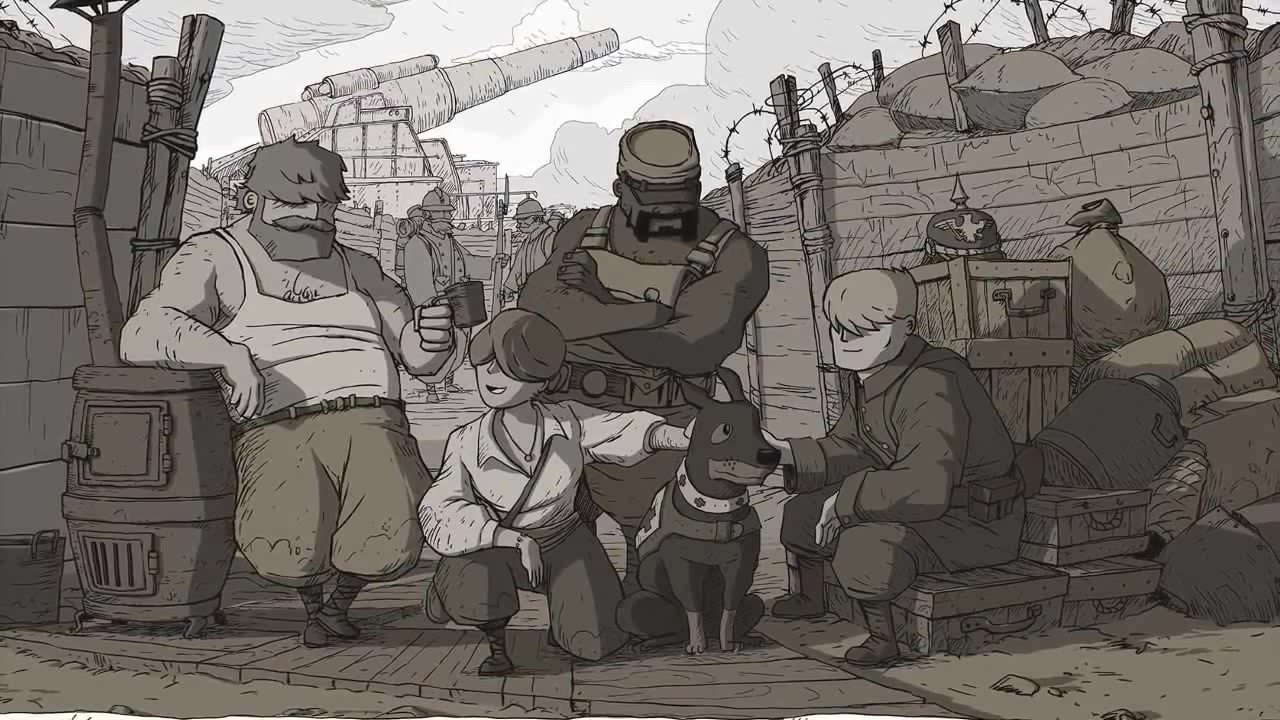 Story
The story starts with Karl being deported back to Germany and Emile going to train before joining the war. After Emile finishes training he's deployed in the Battle of the Frontiers , his whole unit is wiped and him , the only survivor get's wounded . He is captured by the Germans and forced to cook for them . In the same time a new character is presented , Freddie an american who came to France , his life was destroyed by the war , they killed his wife and now he want's to take revenge , his capturing one of the German bases , pushing back the Germans. The story goes back to Emile which by pure fate meets with Karl . They are attacked by a Allies bombardment , Emile get's trapped in the bunker but he is saved by a German dog , Walt.
Emile eventually escapes and meets with Freddie , now they start fighting together but on April 22 1915 , the Germans started using chemical weapons , they get saved by Anna , a Belgian working as a battlefield nurse. All three of them start a quest in stopping Von Dorf , Anna's father was captured by him and Karl is in his regiment. Eventually Freddie get's hurt but Emile sneaks in a German camp for medical supplies. They follow Von Dorf's zeppelin until they reach Reims ( France) , where they help the locals and destroy the zeppelin . The story continue with the backstory of Anna , how she entered the war , and how she saved a lot of peoples. She eventually find Karl and saves him . He tells her that Von Dorf with her father used an airplane to escape.
Emile get's captured and set free back to the war , where him and Freddie manage to rescue Anna's father but Von Dorf escapes again. Freddie manages to beat  Von Dorf , but he's no killing him , giving him mercy.
In France Karl learns that his son is ill and escapes the camp. Emile think that Karl was killed in the escape  and he will sadly never learn the truth . Karl find Anna who helps him reach his home but they are captured by Germans.  He escapes again but when he reaches his farm , he sees that the whole placed was gased . He saves Marie and he get's saved by Anna.  Back to Emile , they are forced in a suicidal rush , but Emile , seeing all the death , for no reason , kills the commander , he's executed by firing squad . The end! 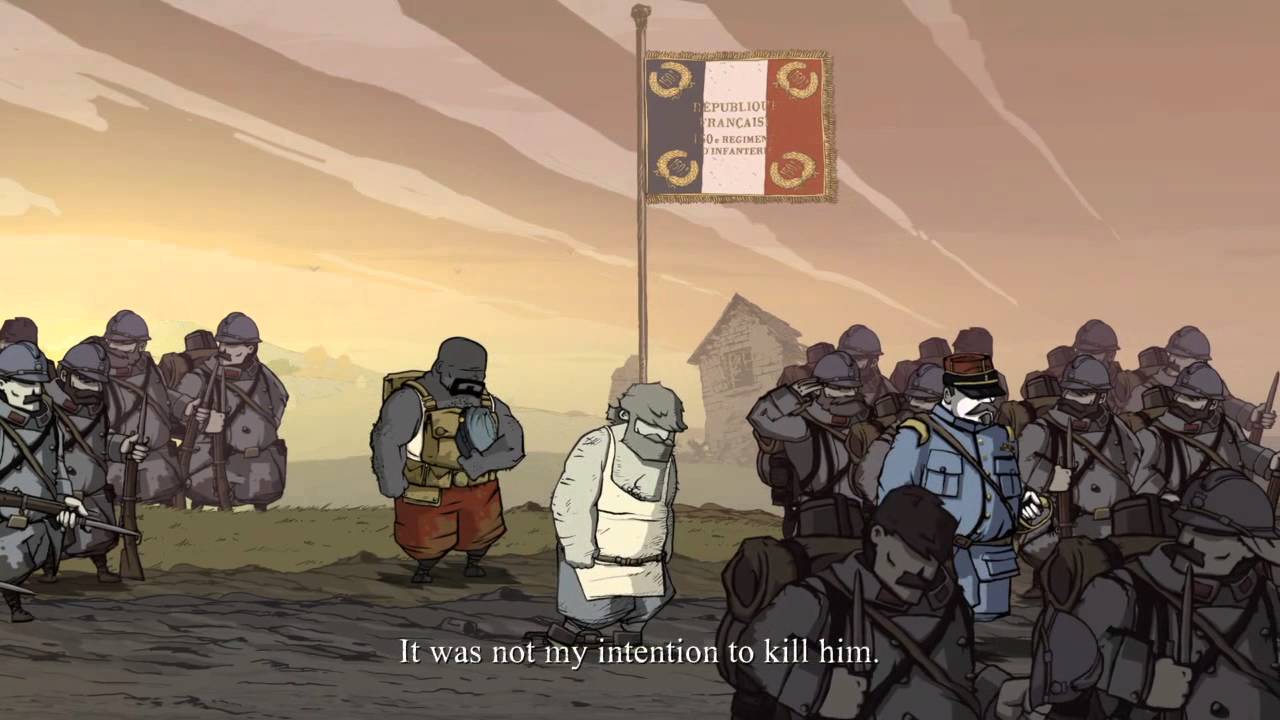 Gameplay
The game is  puzzle-based , you play as our characters : Emile , Karl  , Freddie  and Anna .  In each level you have to clear your path and continue moving. There are also boss battles . In order to solve so puzzles you will have to search some items around you which will help you continue. You also have to doge bullets , to make sure you stay in cover and wait for them to stop shooting . You also can knock out guards , throw objects like bricks or grenades . Emile can dig using a shovel or a huge spoon, Freddie can cut  barbed wire , Anna can heal wounded patients . You will also need to use the dog to pass the levels. 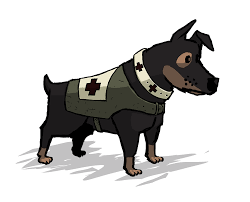 My opinion about the game and should you buy the game?
In my opinion the game is one of the best games ever , the graphics are very well made , you fell like you are watching an animation ,  the story is maybe the sades story ever , a family destroyed by the war , peoples dying just to gain 1 meter  of land ,  i really enjoyed the story , and the gameplay is also very well made , you have to look around you and use the environment to solve the puzzles.  Even tho this game is about war , the story is about family ,  about love , the game's main characters never use guns  or never try to kill someone and the game tries to show us the humans that suffer from these wars.                          Overall the game is worth it  i really loved the game and i still do  , i don't think we will see a game like this very soon , thank you for your time and i hope you enjoyed my article.
-Merisor

i remember this game , so sad story liked it

this is best game