I was never really a fan of horror movies. Never was and never will be. Recently i watch only those horror movies that promise me the experience without the cheap jump-scare tactics. With horror games the situation is luckily even simpler. I’m not even playing them at all. But still, I have decided to give it a try after I’ve found out that the Elijah Wood was working on it. Plus, I learned that this was a psychological horror, and concluded that this is probably a kind of sequel of the Eternal Sunshine of The Spotless Mind (which was pretty awesome movie). It turned out ... not exactly. 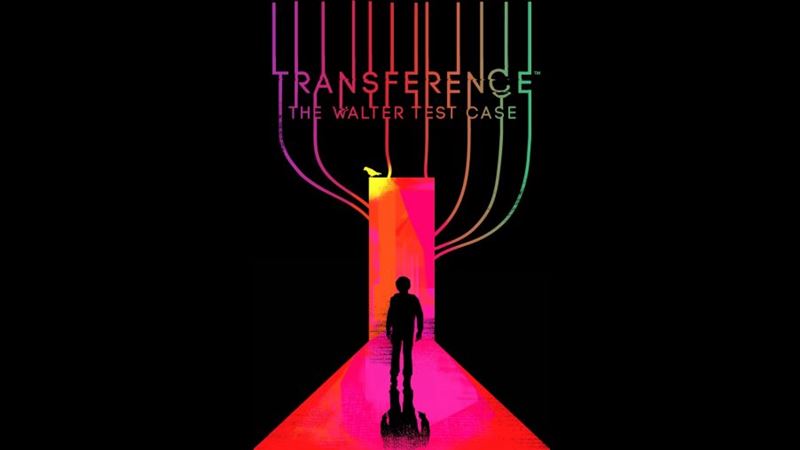 As of my expectations, I have not completely miss guessed the whole story. Although Transference had no links with the above mentioned movie, the mind problem and its potential nevertheless proved to be a key motive in this game. If you ask me to find some basic theme of the Ubisoft’s horror title, I would probably say that it is questioning of human existence beyond the physical frames. So at least I guessed something right… What I have not guessed right (among other things) is that the display of transhumanist aspirations in the game will be positive. The mind in this game is neither invincible nor brilliant, and not even eternal. 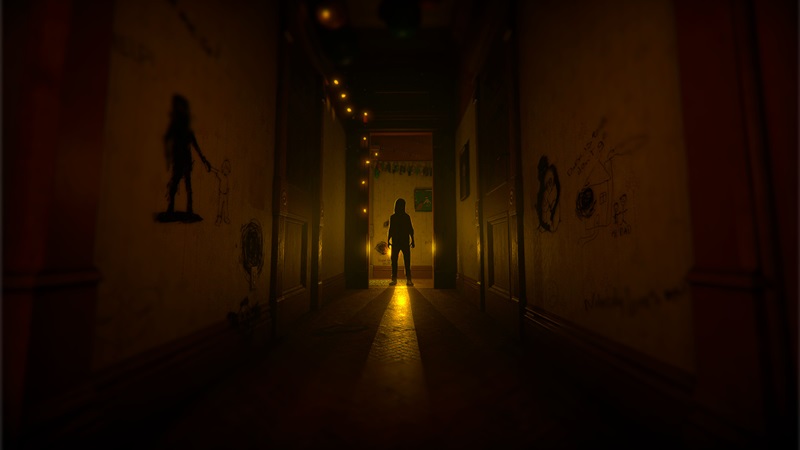 As you already know that this game is a psychological horror, you can probably assume the general direction of the story. After a short-acting introduction in which the ingenious scientist says that by switching his family to the digital world he has managed to create a private virtual paradise, the player is "awakened" in the dark and neglected London neighborhood. Though he is not sure what he should have expected, somehow he seems to think that the definition of paradise may not be as subjective. Still, as he does not want to admit the possibility of simply being at the wrong location, he goes into the investigation and enters the only building in sight.

It should be noted that Transference is a MUST play in VR. The title is designed to be most interesting when played in a completely immersive environment. Since I’m lacking a VR headset I had to play the game without it and immediately it became clear to me what the game priorities were – you simply can’t experience it as you should without the VR accessories. 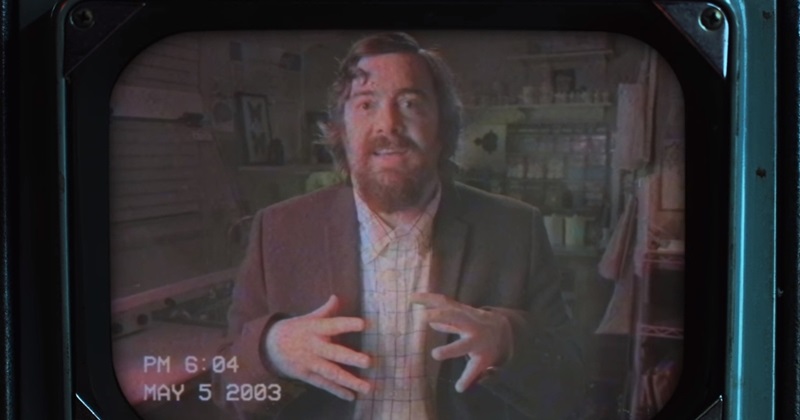 This is especially related to the gameplay of the Transference itself which could be described in two words - atmospheric and slow. Also, I will add the third word – predictable. Reason for that third word can be found in fact that Transference belongs to the walking simulator genre, not the experimental ones. Even though it will occasionally make you to find something or solve some puzzles, you will mostly walk and explore. Personally, I do not see anything bad about playing this type of game, but if you do, keep in mind what you're indulging into. As I said, Transference is primarily imagined as a VR experience and these are its rules.

Although I will consider the poverty of mechanics as a possible disadvantage, which depends primarily on the type of player, I still have to point out the quality of the existing ones. Transference is a very short game, only about two hours to complete, and through various interviews and game creator’s statements, it is described as a film experience. This is again, not the problem, but the problem however arises at a time when it becomes clear that a large part of that time is spent on wandering around the building and searching for hidden objects that don’t stand out. Digging through countless drawers in search of impeccable bags of sand, or wandering around looking for specific switch are far from what I’m looking for in the games, even if they were walking simulators. 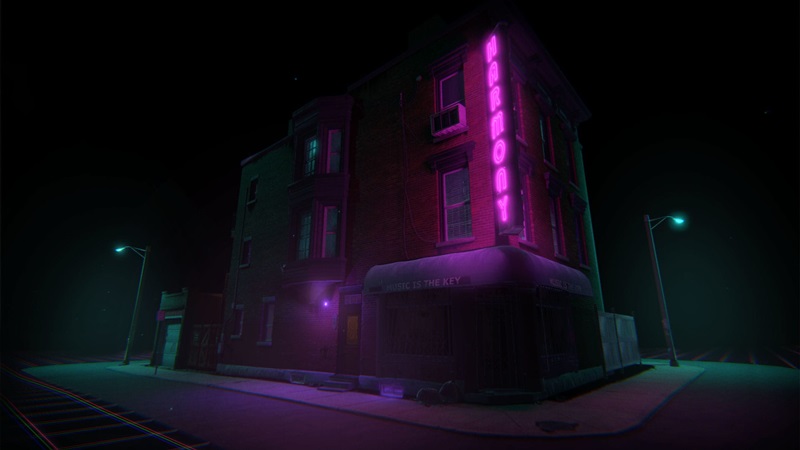 An additional problem you will most likely encounter during a game is that Transference has a habit of losing itself in audio presentation. Particularly noticeable in voice shares, dialogues, and accompanying comments of characters that in certain parts are repeated in infinity for so long until the next task is solved. As far as the presentation itself is concerned, Transference is quite interesting. Not only does it look very good, it also decides to twist things and combine the graphics with the film material. In some cases it works great, in some not that much.

There are interesting videos that you will encounter during the research in which real actors interpret their characters in some scenes from the life of the family moved to the digital world. Something less interesting, are postcards and photos where actors can be seen stick to a virtual wallpaper and such as those sadly have a slightly larger number. 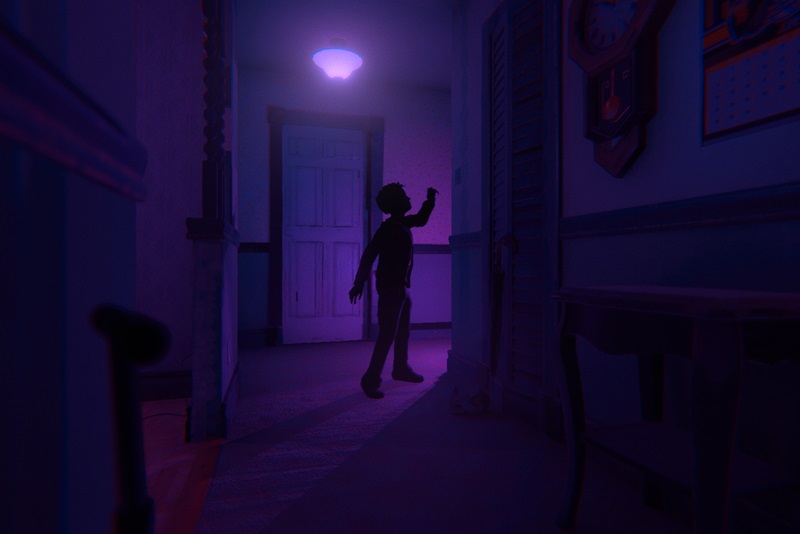 The decision to integrate film material into the game as such has more positive but negative sides. Scenes such as this, for example, give a great deal of freshness to the characters that are in the basic lines quite stereotypical. In the game, you have a daddy, a typical irritated genius scientist who speaks in the ellipses, quotes poetry and is naturally dressed in a jacket; a mum, a talented artist who was detained in her ambitions by the duties of her family life and who blamed her father; and son, a small investigator with big eyes which the entire family drama had hit quite a bit.

Determining family tensions should be a sort of thread of action, a mystery that would ultimately make sense of the gaming process, but keep in mind that this is done in a very fragmented and imprecise way. Although linking the traumatized psychology with the topography of the digital world that the player travels should highlight the horror aspect, there is ultimately less answers than questions. 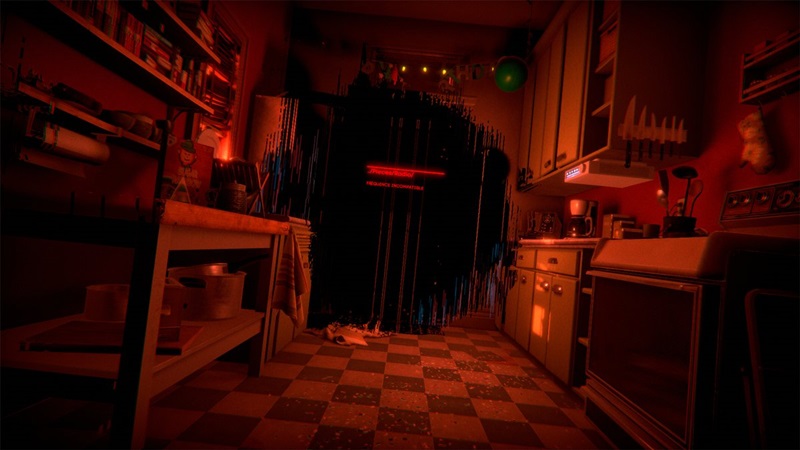 As for the horror aspects that are primarily oriented in the psychological way as I mentioned before, that doesn’t mean that there is no jump-scares but it is probably scarier in VR (sometimes things would run very fast in your direction etc.). The emphasis of the game is still primarily in the atmosphere, which is why I personally thank her. One of the features of a good horror game is that it can cause you fear when nothing Is happening. When an ordinary rooms or corridors are all you see but nevertheless you would give everything just not to be there. The state of those things is always conditioned by a good audiovisual presentation, but discomfort can go much deeper. What if you know that space adjusts to your mental state? Neurosis and fears? What if you know everything is meant just for you?

The virtual world of this title is flexible and is constantly changing depending on the position and identity of the observer. In the translation, the game will make you go through the same room with multiple characters and always see them through a new pair of eyes. 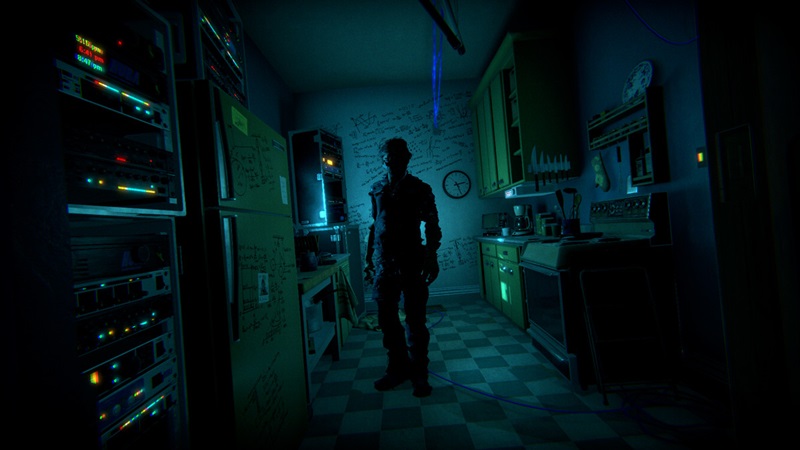 Although the constantly playing with space, its rhythmic disintegration and joining the new universe is probably the strongest side of this game, Transference seems to lose its orientation - instead of utilizing a good atmosphere as a possible foundation for building a story that would link elements to a whole, it stuck into a loop of nonsense sequences. Against the minimalist stories I have nothing. Likewise, every story should not have a clear end - we all know that life is not such, beautiful and well-defined. Still, when I was playing the Transference, I was impressed that the game wanted to tell me more than I could read, and ultimately in that eternal question, whether it was any more important personality or appearance, decided for the other. I mean, it was throwing a lot, if not too many effects. 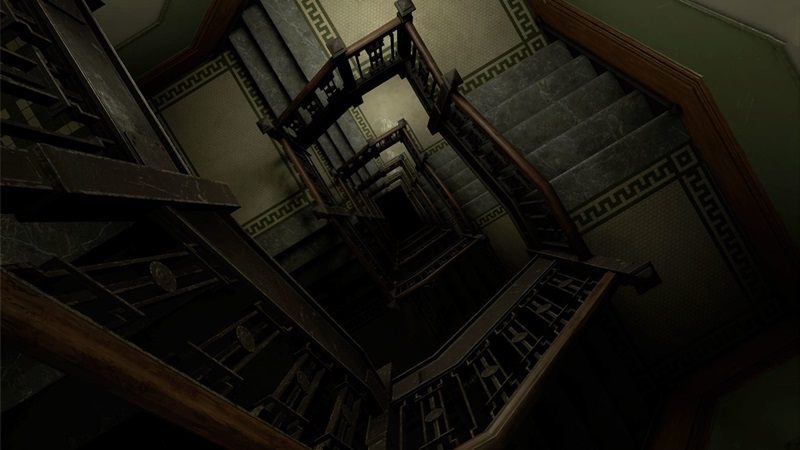 When you get everything together, if you have a VR accessories, Transference is still a pretty good psychological horror. Playing in virtual reality will emphasize its qualities, primarily an atmosphere that is anxious but not so terrible to cause a heart attack (I do not guarantee - read the instructions carefully before use, and ask your doctor or pharmacist for the risks and side effects). It is simply impossible to grasp not only on frustrating mechanics but also the amount of content that is simply too small for what is expected for a 25-euro worth game. Although the game has its virtues, its biggest problem is that even a very short period of just two hours fails to fill it in full.

Cool game, haven't had a chance to play it yet but i hope i will! :)

no less comment than the last time i checked

Nice to see a reupload of this one... good thing Gamehag support is helping a lot now :)