Rate this article "This game is over in Korea ?"

This game is over in Korea ?

Since Nexon ended its love affair with Dota 2 in Korea nearly two years ago, the title of Valve's pet has died out entirely in this country.

In the past week, perhaps all the attention of eSports fans in Korea has been towards their favorite League of Legend teams who are competing in the World Final 2017 tournament. At the same time, a Dota 2 team with all Korean members competed in the Minor PGL Open Bucharest 2017 tournament. Although not able to reach the finals, Immortals actually left. A small footprint in the community of viewers Dota 2 with tigers plays recalling the right image that MVP. Phoenix has shown at TI 5 to excel in the Top 8.

2015 will probably be an unforgettable year for boys MVP. Phoenix when they reached the top 8 of TI but then also a series of tragedies with these talented players. In November 2015, Nexon decided to end the love affair with DotA 2 in Korea when not decided to extend the distribution agreement of Valve game in Korea. The reason given is that after 2 years of trying to organize quite a lot of Dota 2 tournaments as well as relatively big marketing campaigns, the number of Dota 2 players in Korea still accounts for only a fraction too small. with other online gaming community, let alone compete with League of Legend. Shortly thereafter, the Korean eSports organization MVP also decided to stop investing in Dota 2 and MVP. Phoenix had completely disbanded, each with a different team. Recently, five South Korean guys have decided to reunite and organize eSports of America Immortals have decided to invest in these talented players.

Recently in an interview with Cybersport, the sharing of two members' MP 'and Dubu' made many people feel sad with the situation of Dota 2 in Korea today.

Dota 2 is almost non-existent in Korea when most people choose StarCraft or League of Legend, PUBG ...

Since Valve decided to shut down Server Dota 2 in Korea, we are probably the last Guardians and there are only a few hundred Dota 2 players. There are still a few Dota 2 Tier 3 players in there. Korea but I think they are not ready to switch to professional competition ...

Maybe if one day Korean Dota 2 gamers are competing in the Immortals shirt of retirement, Kim Chi country will be considered completely lost in the professional arena when there is no one to approach and follow. chase this subject 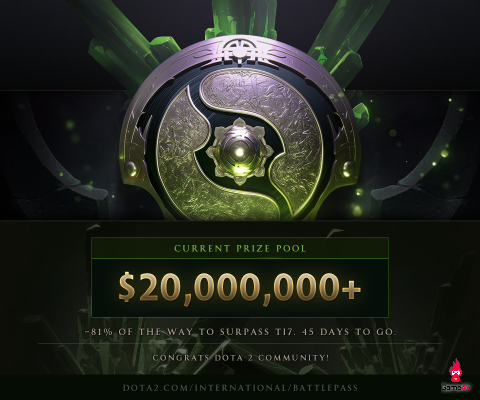 Rate this article This game is over in Korea ?

well, maybe we have to use the imagination to play this game ? no pictures make it like reading short novel

Kim Chi country will be considered completely lost in the professional arena when there is no one to approach and follow. chase this subject