Rate this article "The Glory of Symphony of the Night"

The Glory of Symphony of the Night

Castlevania is one of the best action-adventure role-playing video game series about vampires and vampire hunters. In most of its titles, Vampire hunter from the Belmont bloodline is a protagonist. But Castlevania Symphony of the Night features Alucard, son of lord of the castle, as the protagonist who rises from his coffin to investigate the reappearance of Dracula’s castle and vanishing of Richter Belmont.

Castlevania Symphony of the Night is my favorite one in the franchise because of its Gothic design and RPG elements. Story started from the previous game Rondo of Blood where Richter Belmont defeated Dracula with the help of Maria Renard. Four years later, He disappeared mysteriously under the light of full Moon and Maria set out in search of Richter and later she met Alucard and helped him defeating Shaft who was controlling Richter. 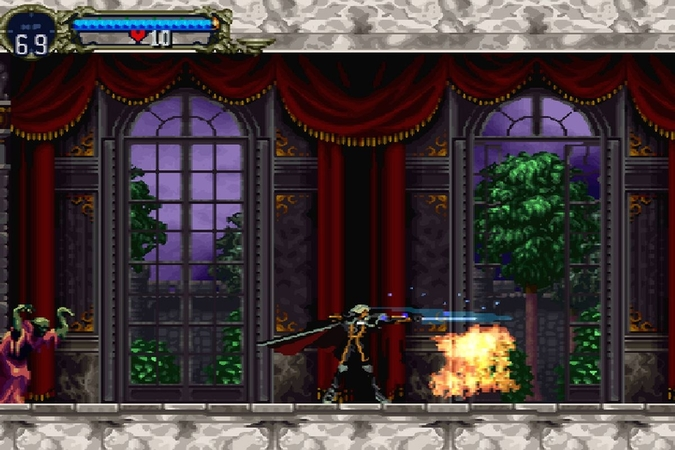 From powerful magic items to long swords with different abilities, you can equip any kind of thing. At the start, Armor and items are stolen by Death which is really powerful for the beginning. This motivates the player to search for hidden rooms to gain those items again. You get all kinds of shields and swords with different combos and abilities as you progress. Game also has spells which are little difficult to master but player get used to it. 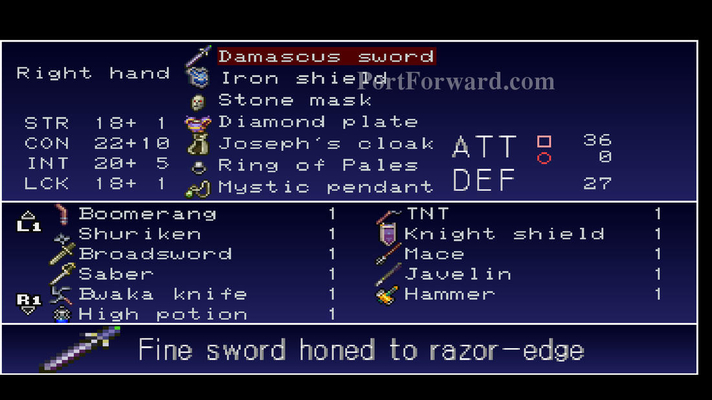 There are five familiars in the game i.e. Bat, Faerie, Sword, Ghost, and Demon. Each Familiar has different abilities like Bat can help you when you are in Bat form, Faerie can heal you and remove curses like poison and stoned and tells you about the hidden rooms and walls, Sword can target you enemies and deals high damage, Ghost can suck blood out of any of the target, and Demon can activate some hidden rooms and attack targets with abilities. My personal favorite is Faerie since; with the human like appearance it makes the adventure of Alucard less lonely. 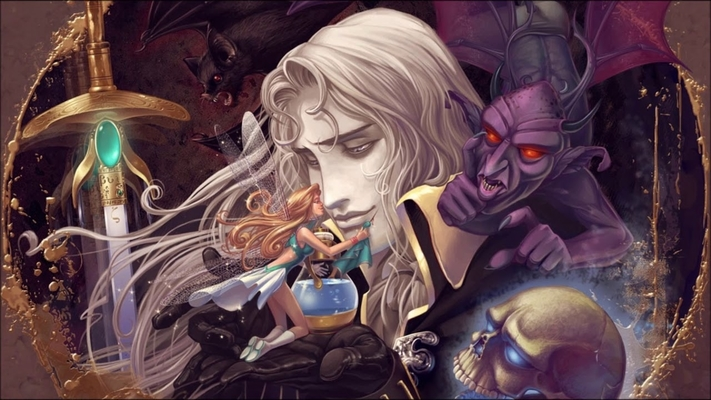 Alucard can transform into three forms i.e. Wolf, Bat, and Mist which can be later upgraded with the help of relics. By equipping relics, transformations can be more deadly and useful like wolf has a speed of Sonic, Bat can fly, shoot fireballs and can see in dark places, and Mist can further advanced to poisonous cloud which can damage enemies when you pass through them and also it is not target-able. 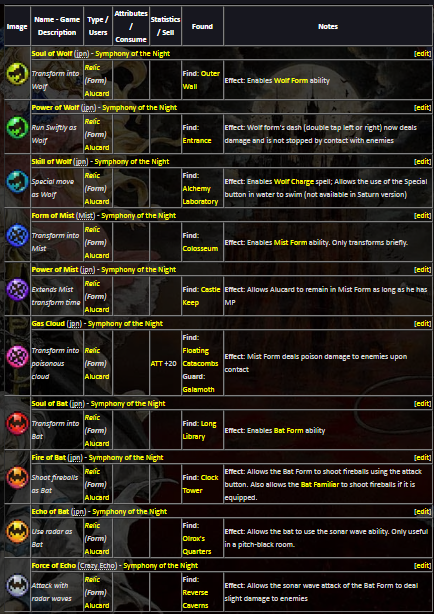 Symphony of the Night is a nonlinear experience. You can explore the entire castle without any limitations. Castle is divided into six main parts i.e. Alchemy Laboratory, Long Library, Royal Chapel, Colosseum, Underground Cavern, and Castle Keep. My personal favorite is Royal Chapel because it is very eye catching since it has epic stained glass casing, massive stair case, giant bell towers, and other memorable locations. All the locations have different music and unique locations. Each location has portal which allows the player to travel from one location to another which really saves time and effort. Game has a plot twist when you reach the Castle Keep and face the boss. 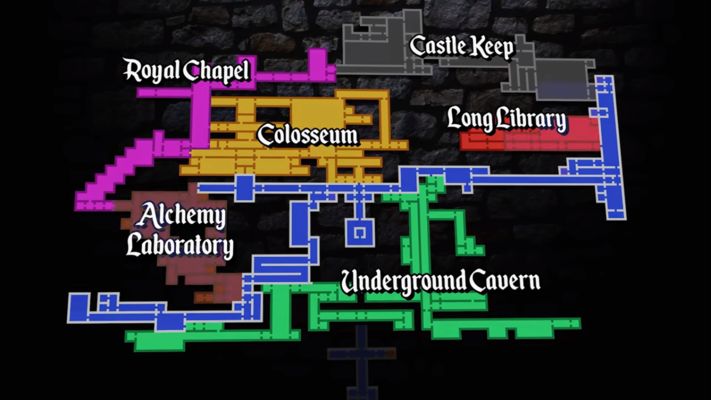 Game has three endings. Two of the endings are good but one of them makes you feel empty while the bad one is really incomplete like 50% of the story and makes the player to continue the story line. After completing the game you can play as Richter and (Maria in PS4 Version). Game has two versions i.e. PSX and Saturn. Saturn version has more stuff and areas to explore but it is not reliable like PSX version. So, I recommend you to play the PSX version. Recently, Mobile version of the game is also released; you can it out as well. Hopefully in the near future, We might able to see Netflix adaptation of Symphony of the Night. 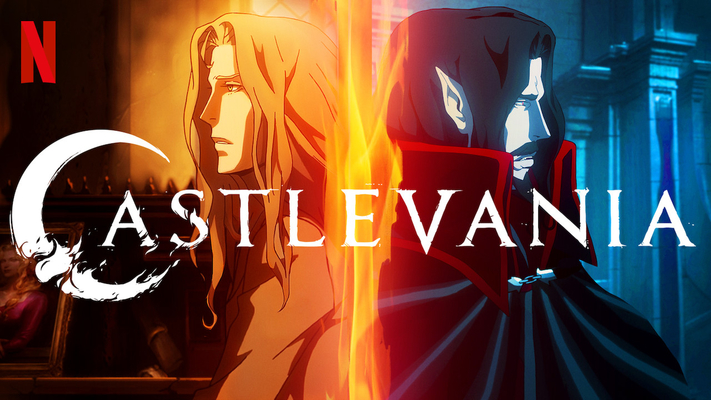 Rate this article The Glory of Symphony of the Night

Nice article never heard of this gane looks like a retro 2d game.

Man I love this game so much back in the childhood.

You can really get to know the game just by

Good game you found there, this game is a little bit like Minecraft tough. It has monsters, caves, you can build the only thing is that you cant make whatever you want, you can only place something that is from the shop. I play the game, your article is good, tho it got very few information on each category
. Other than that this article includes all of what u need, u did a great job.

Looks like an old 2D game but i'm pretty sure it's fun to play :D