SUPERHOT is the first person shooter where time moves only when you move. It's developed by SUPERHOT Team and released on 25 Feb, 2016. 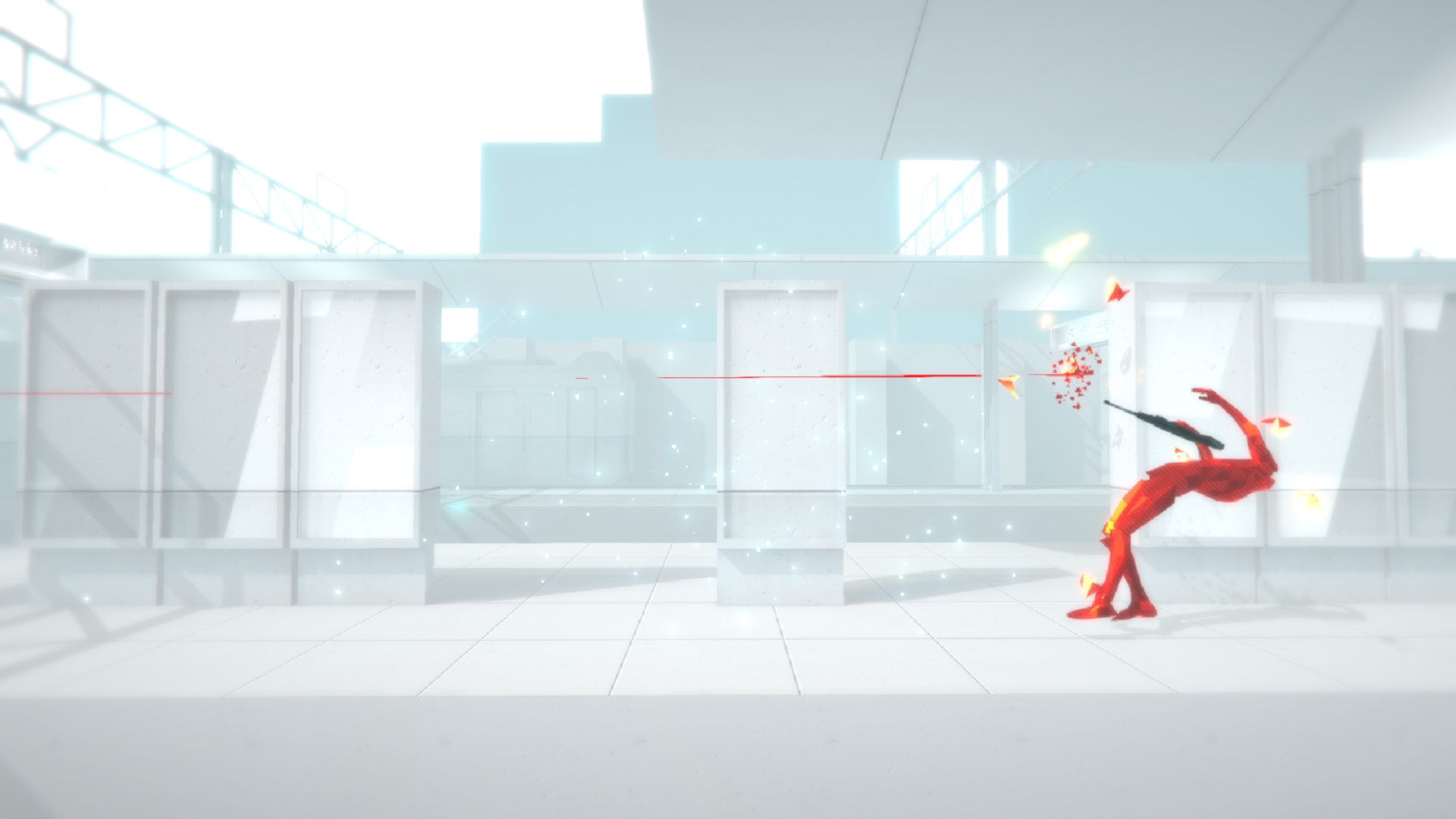 SUPERHOT is a fresh game which has an innovative concept, It actually brings real life into an FPS genre and that's what we want nowadays. Unfortunately, it currently costs 22,99€ on steam, which is too much for a game that can be finished in 3-4 hours, so hurry up and buy it while it's still on sale, you can get it for just 11,49€!

The first time I played this game, I was truly focused(It's usually hard to focus on games nowadays, at least for me) as I revealed all of the easter eggs which are scattered throughout the game, the secrets behind this game. Yeah, that's interesting, am I right? As you discover them, you learn more about the game, although most answers you receive ask more questions than they answer.

Graphic details are actually pretty good although you can only meet three colours: red, black and white. Performance is also pretty good, the game goes smoothly due to its minimalist design. 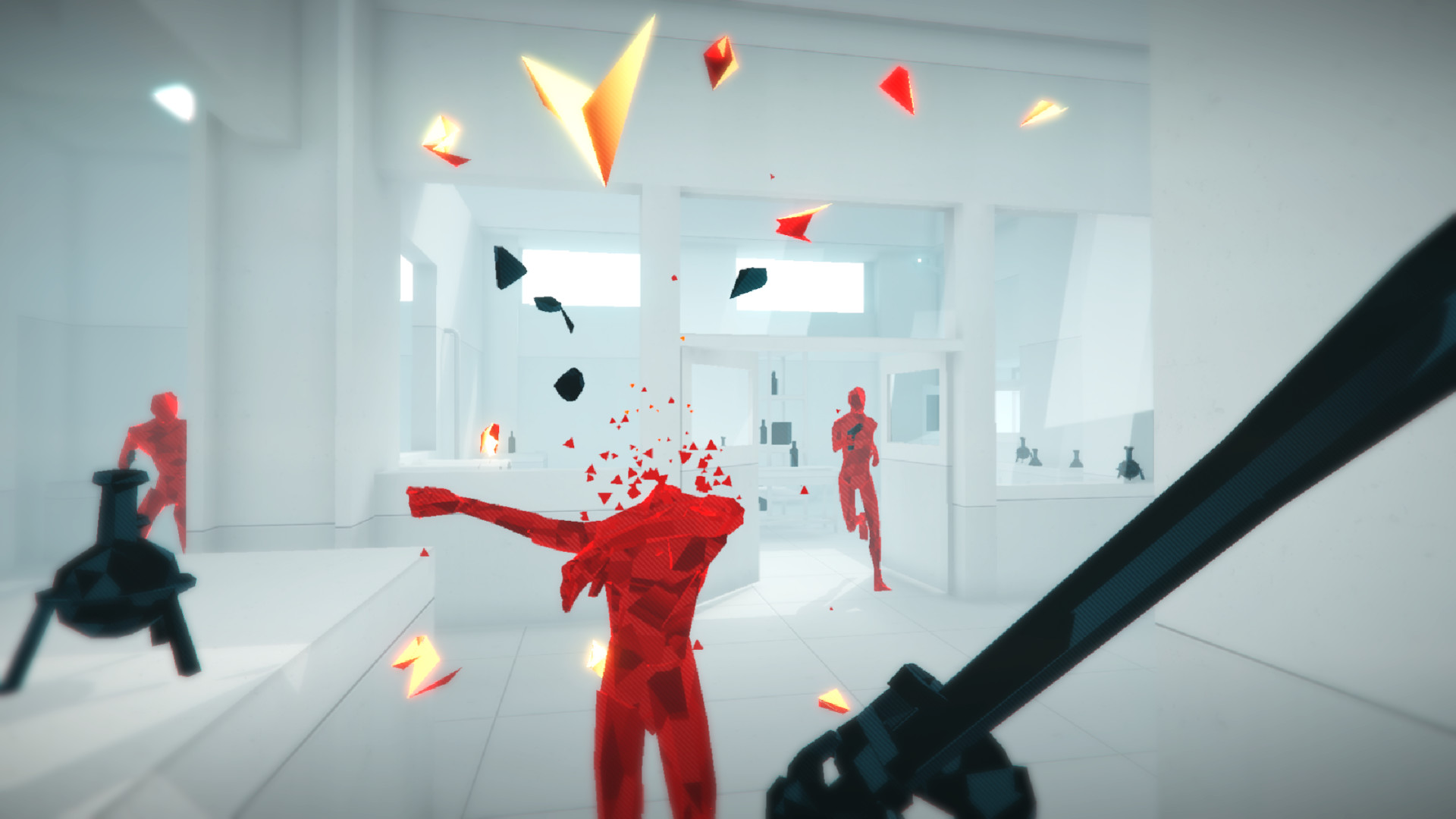 Gameplay? Let's talk about it.
Earlier levels are actually easy to bet on your first try, the game very quickly moves to a point which will challenge you and you will actually take a few tries to finish it. Since ammunition is not unlimited, you are going to run out of bullets a lot of times, so you will have to conserve it as best as you can while you try to find a new gun. Dodging is just incredible and challenging in this game, and you actually have to do it if you don't want to be instant dead as every punch or bullet actually kills you. Best way to dodge is engaging in a slow dance-like movement, carefully sidestepping bullets and killing enemies before they can attack. The game is that challenging you can't even look around, you can't even aim at an enemy without giving another one time to shoot.

What can I say about the story... Well, I can tell a lot, but I can't say enough since the game is going to finish while I write. Nevermind, let me try. On the bright side, SUPERHOT's story is an interesting, original idea, quite involving but you don't have enough of it. When the story starts to seemingly expand, the game ends.

There is actually one more sad part of the game, soundtrack... SUPERHOT actually doesn't have the soundtrack at all. Can you believe me? I actually wouldn't believe you if you say me 10 years ago that game in 2018y. won't have a soundtrack. 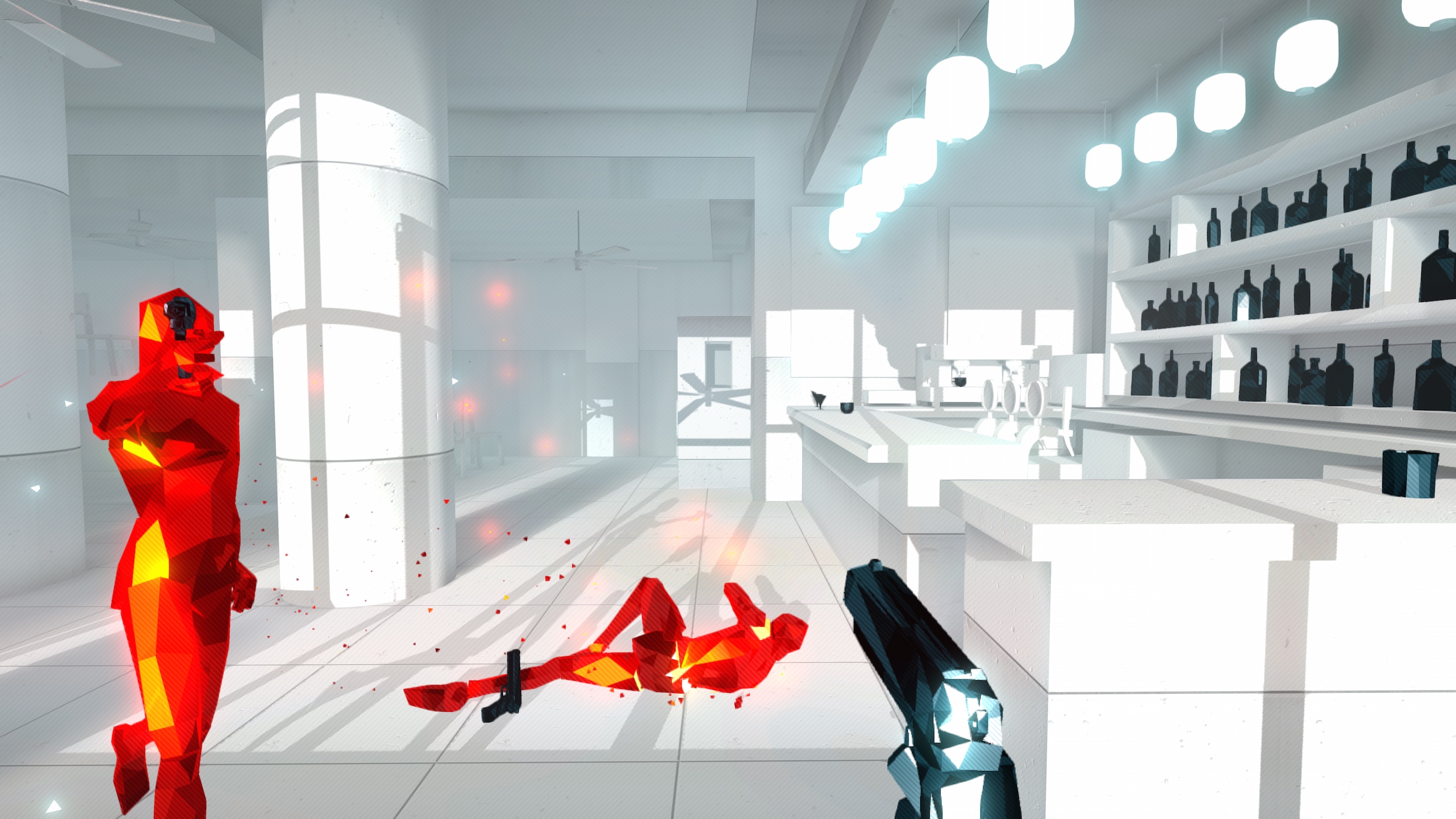 We have come to the part of rating the game. After all, SUPERHOT is an actually interesting game that will give you some funny moments for a short time. It's overpriced, so don't buy it from steam unless it's on the sale. As I already said, you should hurry and get it while it has a 50% discount. My rate is 8/10, since this is a game that brings something new to the dead FPS genre, and I recommend it to you. Thank you for reading :)

nice Game .
the game is smoothy and no delay

If It's copied I couldn't find where from! Looks good.

matpat made a theory about this game xd

From the game theorist, it seem likes a very interesting game