From the kitchen of the Finnish study, Reborn Games comes the Urban Empire, a control simulation issued by the current owners of the Tropico series, Kalypso Media Digital. We do not mention Kalypso and Tropico just because Urban Empire is a variation on the topic of a popular dictatorship simulator.

In Urban Empire, you have been placed in the role of the mayor in the fictional state of Svarelia, which begins as part of the K-und-K monarchy. The action takes place from 1820 to 2020 and the game is divided into five eras, during each of you lead the other figure from the same dynasty. You choose your family at the beginning and it affects the characters you will lead, the family story, and the relationships with the parties. Dynastic stories are full of cliches, and characters are stereotypical, so replay does not pay off because it does not affect the game itself. In addition to the campaign, there are also three scenarios.

In the beginning, build the first quarter of the city by simply stretching the network of streets, to later add quarters, to improve the infrastructure of each one and to build objects of a special purpose that bring benefits to the whole city (port, power plant ...). You can determine the purpose of the card (residential, industrial ...), to add a building block, such as a school and a hospital, and to manage the density of population. The city mostly develops itself, there is no micromanagement, and statistics are not overly relevant, so this segment of the game is poorer than the full-blooded city simulators. Wood technology is divided into five era and when you explore some of the technologies, it brings you bonuses, new types of buildings and new laws. 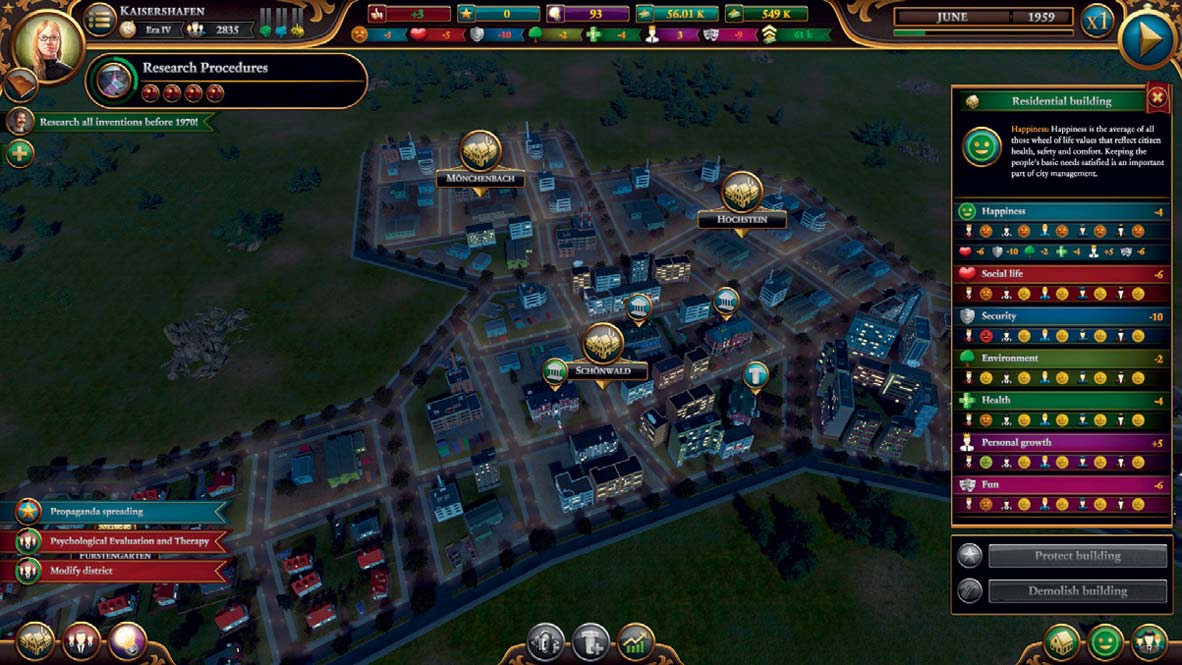 What is the most played is the simulation of politics. As a mayor you do not make decisions, but you are proposing them to the city council. The chambers are divided into political parties and voices depend on the political orientation of the parties. You can influence customers before voting through the options to pray, demand, or threaten, thus making good use of the parties. You can significantly accelerate your decision-making process by spending your own money or prestige. Unfortunately, the policy is done and quickly becomes monotonous. There are also the character traits of your character, the parties and their leaders, but the game fails to demonstrate the dynamics of political relations and everything comes down to the click of praying / threats when you need it. The game is much missed, in terms of corruption, because the mechanics of relations with para politic actors, such as a union or church, would be welcome, as we saw this is the Police.

The population provides you with feedback in the form of Life Circle, which sets the six parameters that determine the happiness of the inhabitants, which are not overly important in the first two campaign era, because you are an imperial administrator who cannot be changed, while in the later eras you can lose the choices and therefore the game. As you progress, the population has a growing interest in the Elements of the Circle of Life that you have to fulfill. 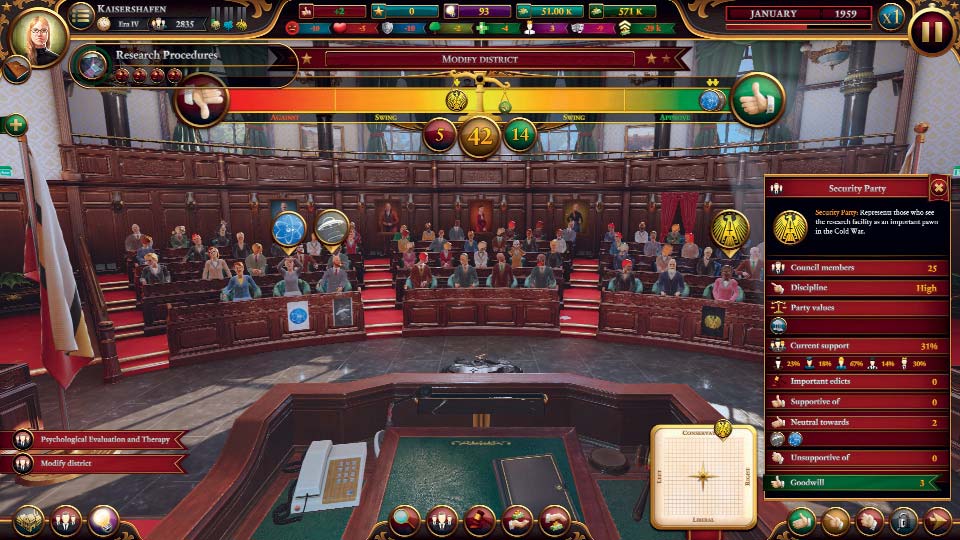 The author of these lines feels that the game imposes liberalism on our wrong player through the medium from which he primarily awaits the party (and prism of the escapism), not the propagation of the ideology of dubious quality. While the rants intended for previous performances carried out propaganda when they are right, they are quite relieved in the narrative, this is an ideology that disrupts the gameplay.Political parties are on the coordinate system, on which there are two ideological axes that are very confused 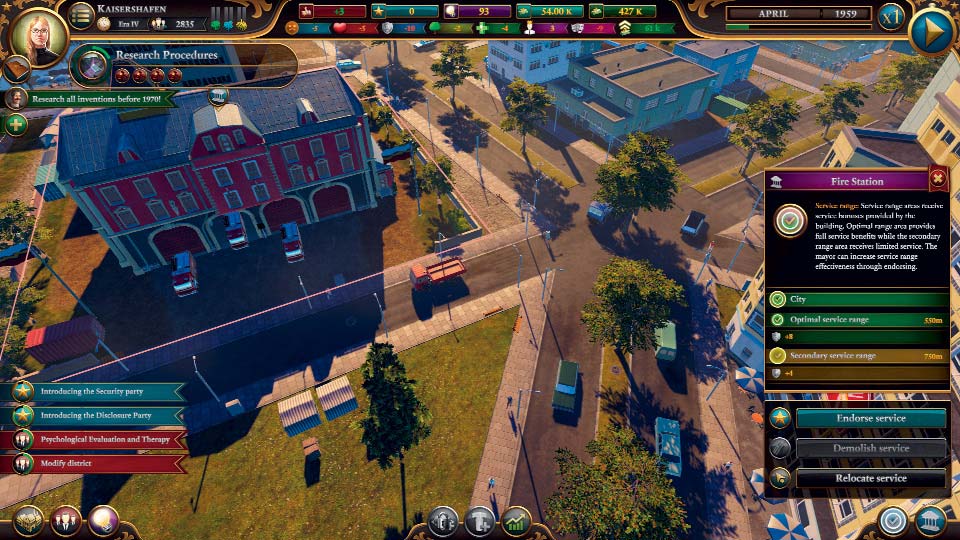 The graphics in this kind of work are not overly important, they fulfill the purpose, so you can watch the lives of your citizens from various angles, because you will not have a smarter job anyway, as long as you are bigger about your suggestions. The sound pad is inconspicuous and gives it a mute soul. The barges have as many as you like and some are pretty lukewarm, but Reborne is working on their rectification.

√Nicely written, and from a quick google search it appears to be original.

Awesome article as usual! Keep up the good work!

It feels like it's a copy from somewhere else