Released on Tuesday (7) for Xbox One and Windows 10, Super Lucky's Tale is not the fox's first adventure: before, she had already taken the plunge in a virtual reality experience that was not very well known - even by the low range of such devices.

This time, Playful developers decided to bet on a more traditional platform adventure, which you can enjoy in the comfort of your sofa or sitting in front of the PC monitor. The result is a game that delights for a few hours, but that does not bring enough to be considered a memorable experience.

Looking at the images and videos related to the game (and, perhaps, our live gameplay), you probably have noticed that Super Lucky's Tale is a children's game - and that's no fault at all. This translates into both colorful and stylized graphics as well as the plot of the game, in which you must face a family of cats that have created a series of obstacles for the protagonist.

The story is simple and follows the expected paths of such a production, not drawing attention to its complexity, but also not being offensive. Like the rest of Lucky's characterization, the narrated tale was clearly produced with the intention of being accessible and welcoming to a younger audience.

Platforms with a classic feel

By playing Super Lucky's Tale, I had the feeling of being transported into the 32/64-bit era, in which old mascot-based platform games were still adapting to the 3D world. If on the one hand this works well - it needed a game so straightforward in its aim and that it promoted the collection of so many items -, on the other it brings some bad memories of that period.

My main problem with the game was his camera, which features restrictions that do not make much sense in a fully 3D universe. Instead of having full control over their movement, we are forced to deal with predetermined angles that are not always effective at showing action.

Fortunately, this does not happen in the fun 2D phases that the game presents, but they suffer from another problem. In many instances the player is forced to pass through environments in the background, whose elements can be "hidden" by some object in the foreground - perfect situation for you to stop seeing some enemy or miss the time to jump on a platform. 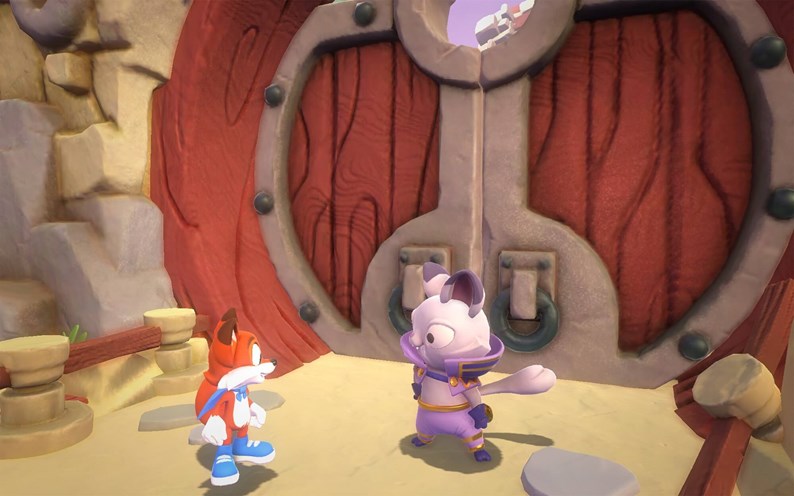 To complete, the commands do not always respond as quickly as we would like in a platform game. This does not bother in the early stages, but it gets frustrating in more advanced stages where the game requires a faster reaction time and has no problem punishing you for any small errors.

Even with all this bothering, I can not say I did not have fun with Super Lucky's Tale. According to my Xbox history, I played the game for 9 hours and 41 minutes, which involved restarting the adventure once for the Live Voxel. That earned me 81 leaf clovers, little more than enough to face the battle against the final boss (who only unlocked 80) in an experience that never proved tedious.

I especially liked the phases where there was some puzzle to solve, something that usually involved dragging statues to positions. Unfortunately, what the game calls "game of marbles", one of its most interesting challenges, only comes on two occasions that can be completed in a short time.

In the other stages, the challenges tend to remain the same: reach the end of the scenario, find the five letters of the name Lucky, discover a secret challenge (which involves respecting time limits, in general) and collect at least 300 coins. The lack of variety is compensated by some well-constructed scenarios, but it is difficult not to feel like doing something a repetitive time from the mechanical point of view in the final moments.

Lucky can jump (with a double jump right), open holes in the ground to deflect obstacles and move faster and give a blow of syrup that makes enemies dizzy - and nothing more. There is no new evolution or power system that is unlocked, which ends up helping to limit the possibilities offered by the game.

A fun but forgettable game

Super Lucky's Tale is a game that, for me, carries a lot of the suffix "inho". He's cute, funny, cool, and nothing more. You know that kind of game that you call, you play for a few hours, but you never find a moment "now," or do you think "that was really cool"? Yeah, that's the feeling I got after finishing the adventure. 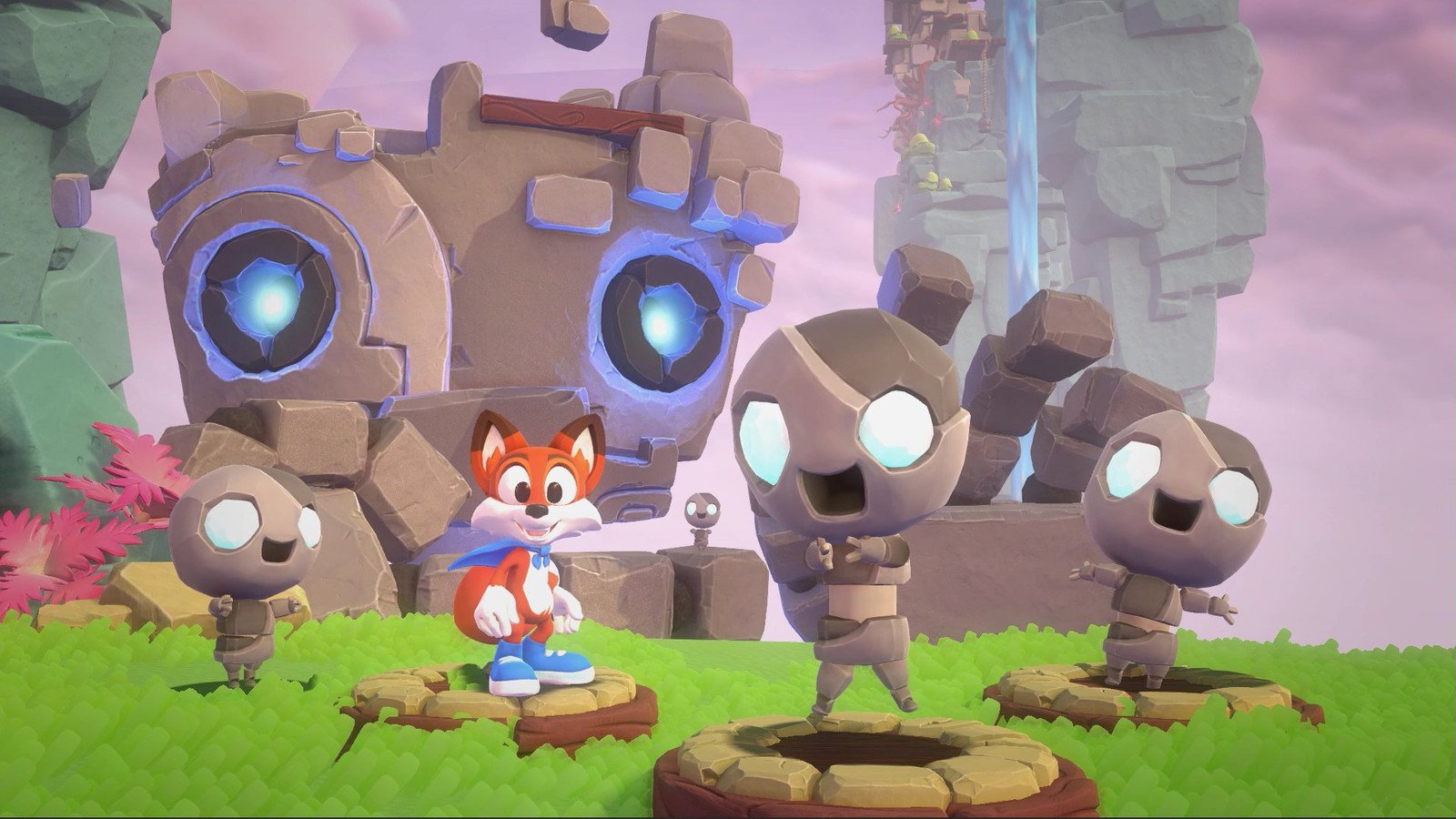 Do not get me wrong: some moments, like puzzling challenges, and the ideas behind some phases - especially one in which the floor only comes out when illuminated - draw attention positively. However, they are not as common as those in which you can even play on autopilot without major losses.

Super Lucky's Tale takes on the face of what it is: a first studio experience with the traditional platform genre and therefore brings some typical problems to an inexperienced team. The impression is that this is one of those titles that will serve as inspiration for the team to correct mistakes, rethink formulas and deliver a sequence that will surprise a lot of people - something that I hope very much happens.

I recommend the game both for those looking for a "safe" alternative for children and for those who are fans of the platform genre and want a good enough experience to fill some of the free time. However, those who expect to find an indispensable game here may feel a bit disappointed.

"Suitable for the whole family, Super Lucky's Tale is a good Playful debut on the platform genre"

Controls do not respond as well as they should.
Lack of variety at most stages
Camera limitation annoys at times