Star Conflict - Online game, the creator of this shooter is the company StarGem Inc in conjunction with Gaijin Entertainment. The game is on space stars. But while the game is in beta testing from July 24, 2012. And I did not understand all the beauty of the game, but with ease I will introduce you to the minuses and pluses of the game. So, at our disposal dozens of different ships, with installed machine guns and missiles. Each ship is significant in its own way, one for reconnaissance, the other for a head-on collision, the third for supporting allies. All just typed the team is divided into two and boldly into battle. The fights take place on not big cards, at the moment there are sixteen, but something tells me that there will be more of them. I will not torment you with the plot of this game, everything there as always with Americans, there was a war destroyed by the worlds, and now there is a war in the galaxy, do not betray this great value, it's not worth it.

We are given three federations.
1.The Empire. 2. Federation. 3. Jericho - I'll just say, they do not differ in the game, not with ships, not guns, only with the history of appearance. And if it gives you inspiration, you can read, and choose the most pretty, in your opinion, federation. But, here with the ships, you will have to experiment a little, in order to understand which ship suits you most. For us three classes of ships are prepared:
1. STORMWORKS: very slow, booking nodes.
2. INTERRUPT: they have weak protection, but fast speed, which allows maneuvers.
3. FRIGATES: very convenient for long-range combat.


A very large world of development and pumping of ships, as you fight, you raise your rank, and you can pump your ship by placing a steep cannon or rocket on it. My advice to you before choosing a beautiful gun, drawn on the pictures, read its characteristics. There's a lot of everything, and I did not even figure it out until the end though I've been sitting on this game for a month. In conclusion, I can say in this game is more than just pluses than minuses. My score for this online shooter is 5 points. Enjoy your game - Gamers. 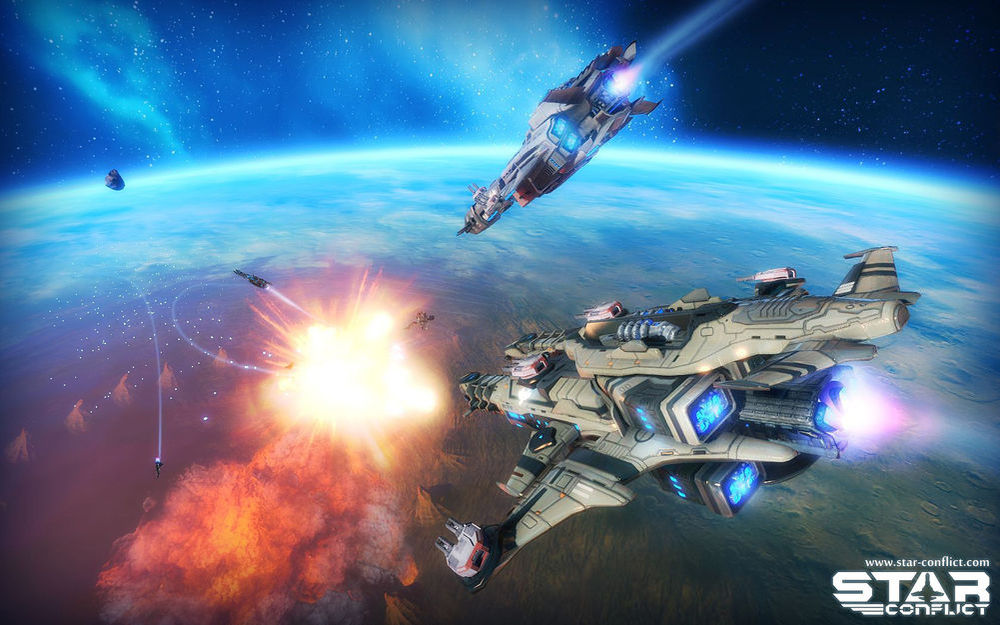 A very large world of development and pumping of ships, as you fight,