With the arrival of Switch, which for the hands of the customer clashed like an octopus for the prey, the unfortunate Wii began to fall into oblivion.
We are always sorry to drop some important piece of hardware, especially in the case of Nintend consoles, because if they get over it without thinking, then these are exclusive and first-party games you will not find anywhere else.

The first Splatoon was such a justifiably very successful and popular game that has bypassed all other platforms besides Wii. This was considerably limited by the number of players due to the poor sales of the console. Since Switch does not suffer from such problems, it seems that Nintendo's most cost-effective move was to refresh the unit formula and throw it out to a newer audience because Splatoon 2 played absolute assurance.

There is a bit of a singular content of a singer that I have something to say, some new weapons and a crumb of new add-ons, little-handed online modes have been added, but apart from those things that could easily be extended to DLC today, the game is basically the same. Of course, coming to a more powerful new console is much nicer and more affordable for a whole dimension, but Nintendo with this title definitely did not reach for its famous innovation card. 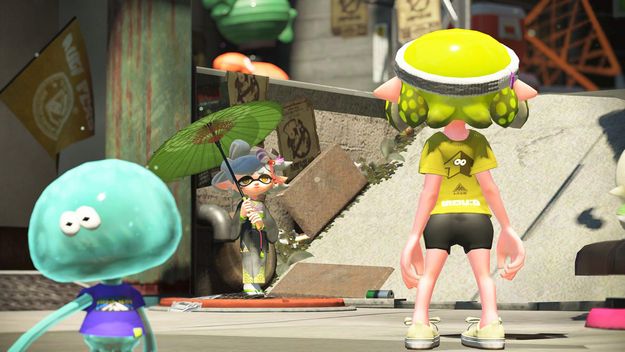 Let's say, the singleplayer content that is inserted is well shown. Though it is advertised as a Story mode, I would say that it is a tightening of the story definition to the limit. In reality, it is about thirty missions that last approximately ten minutes in average and almost all serve as a tutorial for a new weapon or mechanism in the game. Levels are smartly set up to let players know about the various situations they might be caught, but then it's called a tutorial, not Story mode.

"Singleplayer campaign can not be called Story mode because its function is just what it has a tutorial."

Once you unlock all types of weapons and learn all of the mechanics in singleplayer, you are ready for the main dish in online multiplayer. While the most classic modes we are already accustomed to in online shootings such as team tapping and controlling the points on the map are special features of Splatoon in something different. 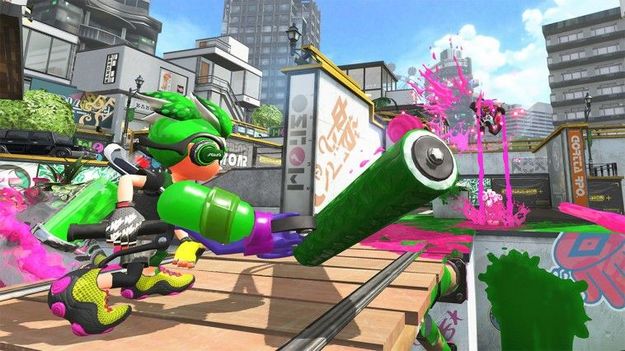 "There are not many modes or folders in the multiplayer, but you can easily spin in your head from a variety of weapons and equipment."

This is a factor that Splatoon makes as a series of special and fresh, which does not even need to be revolutionized with each extension and which can justify many other disadvantages. The point is to imagine that you are squid, I mean the same man, but also squid ... Instead of just running around you can swim through the color to move faster and less noticeable, and besides floating, fill your canister with paint. But, of course, you can not swim through the opponent's color as it acts as a glue that slows motion, and you can not even shoot while swimming, but you have to peel off.

So it's not just about firing on opponents, but an element of coloring the environment has also been added even if you do not compete on who will paint the map more. If you paint a wall, your team will be able to populate it, the smarter and the more terrain you paint, the more you can fill the ammo and the map better, and you will deny the same things to your opponents. Or let's say sometimes an opponent who has a weapon out of control so that he can rub his body around him, so he can not reach you. 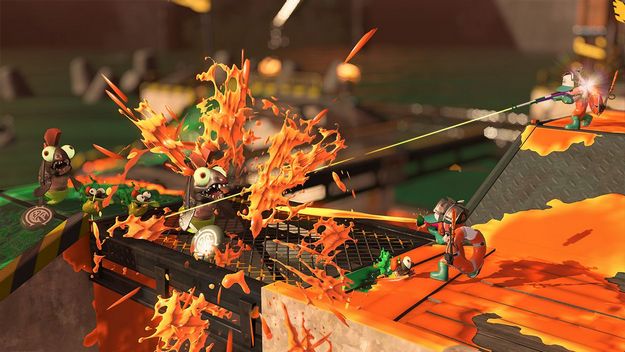 "Sometimes an opponent who has a weapon can outsmart you to paint it around him, so you can not get in touch with him."

The variety of weapons is crucial and fortunately persistent in Splatoon 2 through several new swords and brushes. It is interesting that Nintendo has the task of customizing traditional weapons such as launcher launchers, shotguns or machine guns that instead of using different types of ammunition they use only color, but they manage to create more different and fun versions of these classic casualties. Let's say big rollers and paint brushes that work as a shotgun are both fun and useful in a proprietary way and it's hard to choose a favorite, so I mostly enjoyed using any of the weapons offered.

Something had to take me longer to dress up my character in multiplayer, because a variety of emblems is not just a matter of style, but also brings a variety of special effects to the game. Mostly, it does work to make more damage with a certain cap, with some jacket swims faster, and some sneakers are jumping and similar things, but at the end of pure skill can overpower all those effects. The thing is that despite the fact that it quickly scans and collects money, the piece of equipment has a stack of over 250 different edges when it comes out. Collectors and teams who like such things should enjoy it. 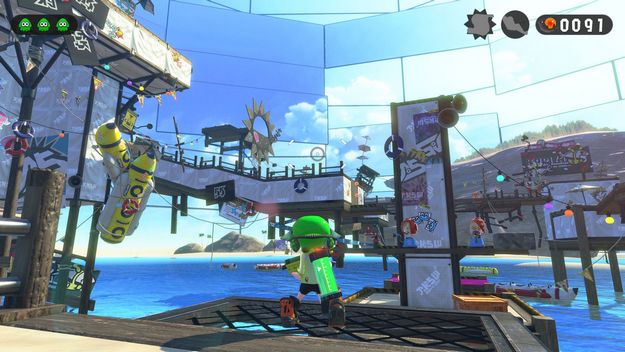 "Despite the fact that it quickly scans and collects money, the piece of equipment has a stack of over 250 different edges since the game was released."

I would like to see more creative costumes and equipment, for most of them are printed on t-shirts and t-shirts, or two or three pairs of differently painted sneakers. They are nice and give a soul a game, but in action they get lost because the parties are pretty fast and tense. Teams such as Pearl and Marine commentators, and retailers in stores and other characters are better designed and I see that they have already won the hearts of a huge number of players even though I'm not overly sympathetic. Fore is fun and light, but since squirrels are so worn out that you may be very sympathetic or extremely irritating.

But they are a completely neglected element in a game that is colorful in itself, sympathetically and definitely has a Nintendo design seal. Classic sound tricks such as muddy effects when swiming in with ink and satisfying quick crawl of weapons fall without flaws. I'm a bit disappointed with background music because there are only a few songs that are already playing in a couple of hours of playing by who knows which times, but the overall presentation is still capable of winning and retaining players. 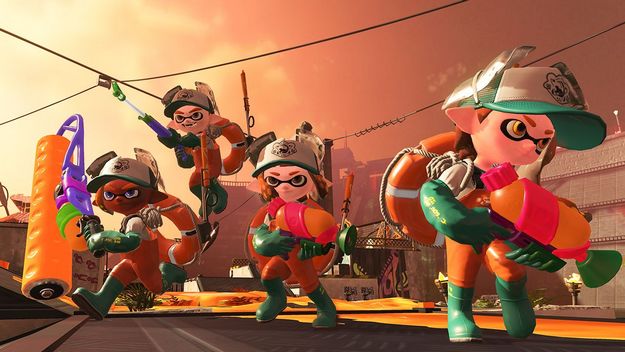 "The game itself is colorful, charming and definitely carries the Nintend design."

I just played the Switch version and it's almost portable and even a good part of time in the city square and that's part of the experience that can not be ignored because it just works properly and is very comfortable. I'm a little worried that the opening lobby has dangerous framerate problems, and I expect this to fix some patch on release, but I've never had any momentum during an online game or singleplayer mission, and that lobby is easily blocked using a menu that is faster in itself.

Do not be afraid that this or a somewhat confusing online menus could divert the players. At first I thought that controls and mechanics are looking for too much of the new players, but the game plays you very fast and you get used to all the little things through the fun of discovering anything that can not be done in other games or is not just interestingly wrapped up. I still believe that control settings can be upgraded and expanded as well as simplify online menus, but despite such jokes, Splatoon is a unique game with a bunch of fans who loved her on the Wii U and good influx of new audiences, so there is no fear that servers will be emptied . 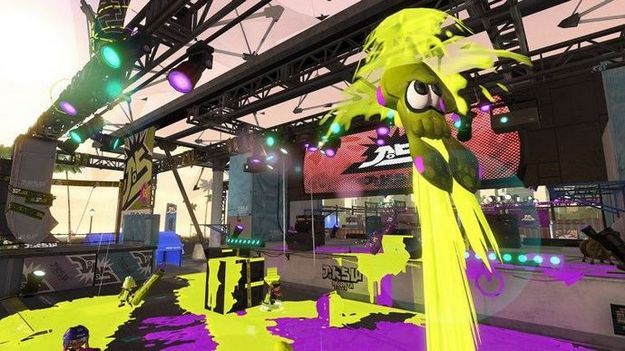 The point is that Splatoon 2 does not innovate where there is no need and as far as it is easy to notice, one can not blame. For example, it would be very interesting in Splatoon to see a singleplayer mode structured as a classic Super Mario platformer with a bunch of fun levels that combine various well-known mechanics and does not wear quite a handsome hand, but Splatoon is not a singleplayer platformer. As a multiplayer-focused shooter, the current Nintendo console is currently the best, but not only because it's the only one, but with its charm and creative design that is easily translated into unique gameplay, it extends the quality of the Switch titles.

i don't know about this one but i saw comments that accusing you of plagiarized someone's article as your own work.