Shooting is one of the most fun activities in the virtual world. Or at least that's the case in most cases. Namely, shooting at Space Hulk: Deathwingu is mostly fun, as the game provides a sense of carrying a standard weapon for the Marine in the Warhammer 40,000 universe. But the problem of shooting into opponents is that it is not equally fun at the beginning of the level and at its end.

Space Hulk: Deathwing is co-operative in the corridors and enormous spaces of spaceships, whether it's with virtual suburbs or with more advanced intelligence as a team player. Standard for the genre would say, but the problem is how the whole concept is conceived. From the first to the last, or ninth chapter of the campaign, everything comes down to the same passage through many halls and rooms and cleansing the stacks of aggressive Genestealer. At first, it's fun, because shooting is really well done, and requires a deliberate positioning along with a submarine to increase your chances of survival. But the more time you spend playing, the more often you notice the lack of real variations in gameplay. 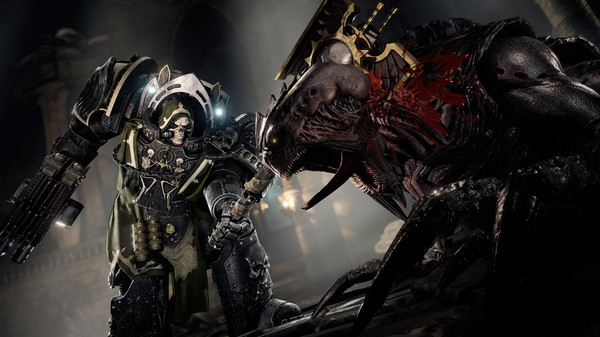 Already during the middle of the game, the initial enthusiasm can fester as much as the killing of the waves and waves of the opponent is no longer equally satisfactory. The game also leaves the impression that at least in the independent mode of play more could be done in terms of interaction with levels and the discovery of the tiny details that this universe can provide. Moreover, the level design has a good basis for this in its diversity of huge cathedrals and other machinery of enclosed spaces. However, the only interaction inside the level is the cracking of the pipes, the opening and closing of the door, and the activation of a certain monitor in order to find out the minimum information about the boat in which we are located. 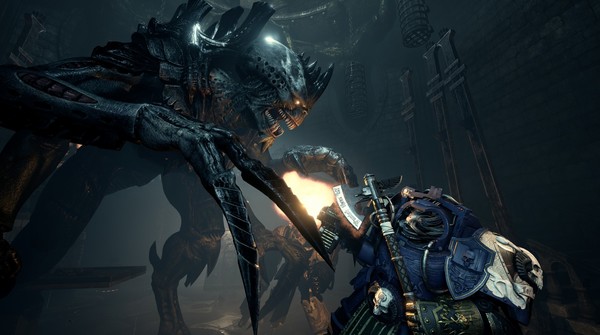 This problem is especially pronounced when you realize that there are no reasons for exploring the entire level so you prefer to opt-out to the goal in the shortest possible way. I suppose that the developers themselves understood, so they decided to put in the possibility of collecting different objects, which should stimulate the desire for exploration. Unfortunately, these special items carry a description of up to four sentences, which is not enough to expand the action, so there is no real reason to find them, unless someone at the end of the level just wants to have a perfect result. 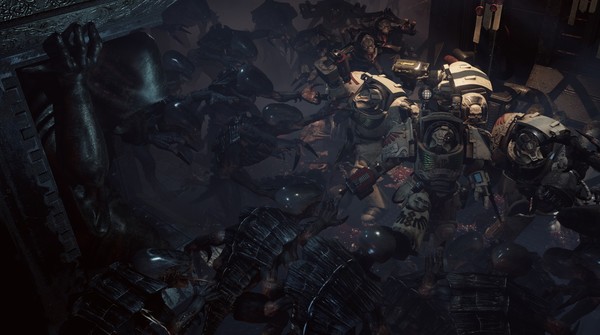 Deathwing provides a good sense of punishing when the piles of upcoming opponents are destroyed because the effect between the bullet in contact with the opponent is quite effective.

If nothing else, at least the backbone of the game was not completely disappointed. Deathwing provides a good sense of humor when destroying a stack of upcoming opponents because the effect between the bullet or the cold weapon in contact with the opponent is quite effective so that they start collecting blood spots and genes of Genesteal. What is not too tense is the inability to change weapons and psychic powers at all times. Whether you need to be treated, changed equipment, or revived a loser submarine, you are forced to call the so-called. Psygate whose number is limited by mission. Thus, there is not too much room for experimenting with armament and "magic" because if the wrong combination is taken for the upcoming situation, repeating the last checkpoint can be a very probable situation. It is a bit of a pity because even though the game does not have a bunch of weapons, it's safer to use proven weaponry than to waste time by testing something that might not be fun to count on opponents. 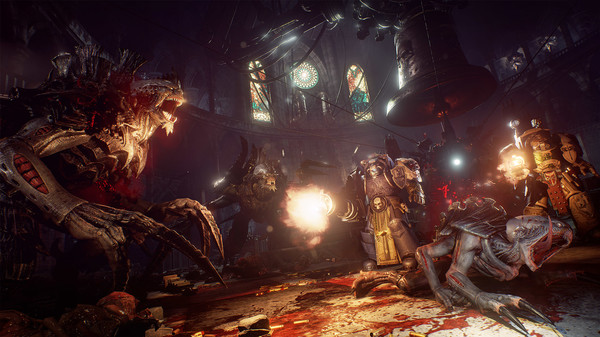 Fortunately, virtual comrades are no beginners in eliminating enemies, even though they have their drawbacks. During the whole campaign we are always accompanied by two marines, one of whom holds a doctoral degree and can heal. They can also be armed, but unlike our available tools for destroying opponents, their choice is much lower. However, the guys know how to deal with weapons, so there will often not be situations in which they simply do not use anything useful. However, they always have to send orders because they seem to not want to think for themselves. When it's moving, you need to tell them - follow me. If you need to keep a certain position - stand there. When monitoring orders, guys do not have too many problems, although sometimes they know how to cling to an object, so it will not go round until you get back to them and change your path a little. Fortunately, this is very rare.

Virtual comrades are right to deal with weapons, but they are always dependent on your orders. 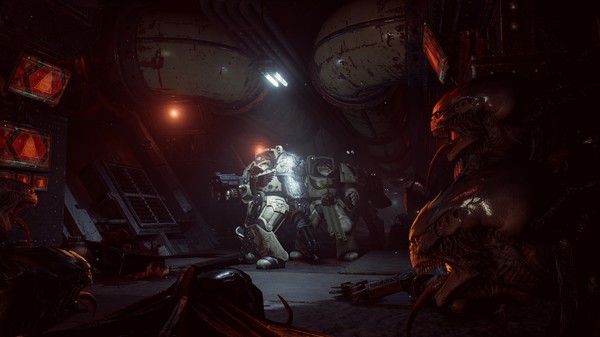 On the other hand, co-operative tapping again carries its magic and is different from self-wandering by choosing a play mode between marinas or launching with all available equipment. The leveling of a character in single-player goes to the points that are depicted depending on the efficiency at the end of the folder, and during friends with friends, levels are filled during the mission. Unfortunately, this segment in the solo campaign is very shallow. Although one can choose between three distinct ways of developing a character, one for "magic" is somehow the most distinctive one to be developed. It is not really difficult to choose between the psychic power that creates something similar to a miniature black hole or an additional ten percent to increase the armor or damage that a mariner can receive. 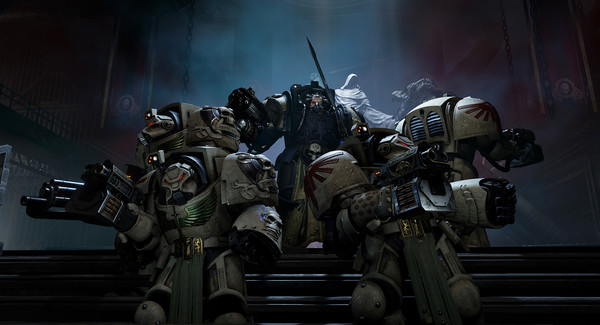 Looking at all the gameplay disadvantages that Space Hulk: Deathwing brings along with inevitably technical problems, it turns out that it's a sub-title. But in spite of all these defects, the game is not actually avoided, because in a cooperative mode it provides enough challenges for entertainment, which is the goal of this genre. The biggest problem is that the game lacks the right content, because once all levels are completed, it may still be possible to return to the game several times, and thereafter there are no reasons to ignite. Especially if you own Killing Floor 2, Left 4 Dead 2 or another similar title. 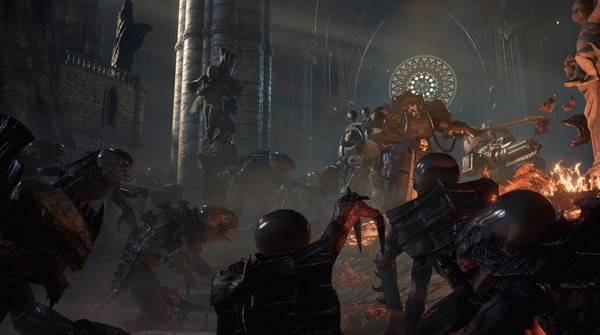 In the end, the question remains whether the developers were so restricted by license or simply lost their imagination. Some of this certainly led to the result that Specie Hulk: Deathwing belongs to titles that will soon be forgotten, especially since developers with E.Y.E: Divine Cybermancy showed how they can and know better than this.

Good one those ship towm

I will give this game a try.

this game is quite something...

finally come up with this article