Just as it was announced and demonstrated through the Early Access version, Killing Floor 2 with its three basic pillars - ammunition, blades and hectoliters of blood is one of the best arcade shootouts that can be played on PCs and PlayStation 4. It's nothing strange to say it would be because behind this headline is Tripwire Interactive, a development studio that has been in charge of making the first person shoot. Whether it is a realistic approach to battles or spending a stack of ammunition in an arcade environment, guys simply know how to type a code that provides a fantastic feel of tugging. This title is only a confirmation of this, since besides practically sensing every shot that comes out of the tube, opponents react differently when receiving a warm lead. 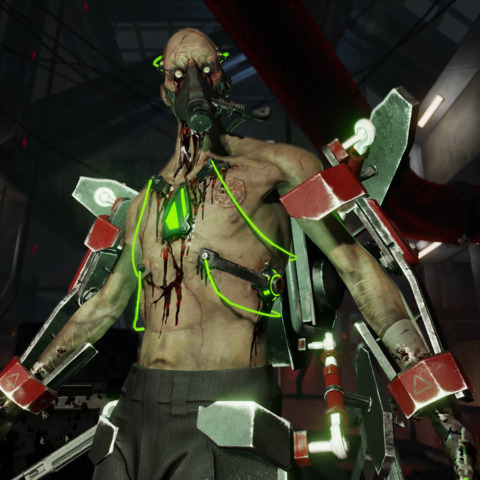 Now that you know how cracking is done well and fun, let me explain a little bit about what Killing Floor 2 actually is. For those who are not familiar with the predecessor, it is a shooter in which up to six people survive by eliminating the waves of the opponent and eventually they must kill the boss, the boss, the final villain, the "main" - whatever they like to call their last opponent. Then when one map is finished, it moves to the next one and then follows, and then increases the weight and so on. This way, on virtual paper, it may not sound too complicated, but blowing up the monsters and Zedov's friends with friends, it's actually quite tense and, in the end, really overwhelming. 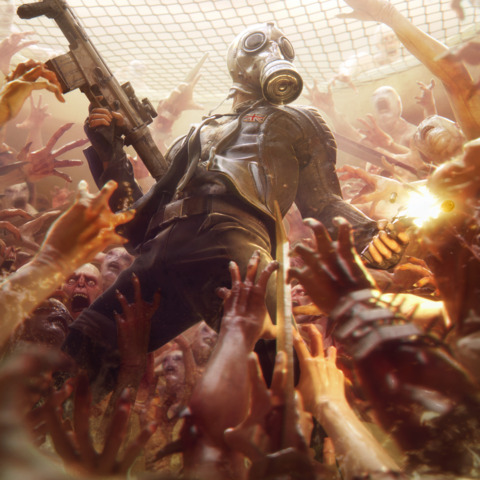 Although this is a sequel, the developers did not focus on presenting new innovative, revolutionary or any other mechanics, but retaining the core of the predecessor and improving everything else. Someone may be disappointed with the lack of real novelties, but all the improvements that have arrived are so well done that the game really deserves the number two in the title. The best example is perhaps even a new class leveling system. In the predecessor, there were only six levels, and there are 25 here where every five opens the possibility of choosing between two wings that affect the style of the game.

Although this is a sequel, the developers did not focus on presenting new innovative, revolutionary or any other mechanics, but retaining the core of the predecessor and improving everything else.

When we are already in the class, the old ones we have met in the predecessor have been slightly altered here with regard to wearing fire and cold weapons. Also, we have met some new ones like Gunslinger, where I name the name of the guy in the hands or SWAT that focuses on shorts. Classes apart from being different in their skills, advantages and disadvantages, each has its own range of weapons with which special bonuses are made. For example, although the Commando can handle a revolver, he will not be able to earn a bonus on weapons he would have as a Gunslinger. Again, it should be stressed that the weapons do not differ only visually, but also in the way of shooting, backing, and ultimately - the feelings of tugging. 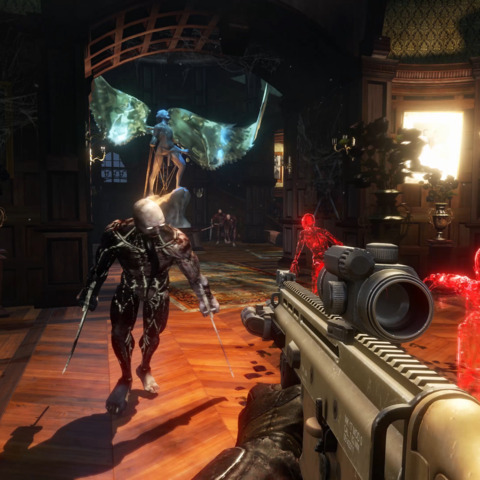 So there is a difference between a common shotgun carried by Firebug Support and the shotgun. Apart from the different feeling when the cartridge is out, the effects are also different, which is again related to the specificity of the class. The very number of firearms and cold weapons is quite satisfying, so everyone can find something for themselves. Whether it's an automatic rifle that accurately snaps limbs, an automatic shotgun with a few patrons can fire a wall in a red or a revolver that halves the opponent, the choice is a bunch. Since it is an arcade, there are also fantasy weapons such as the Microwave Guna that blows the opponents from within to explode later, and there is, for example, the Railgun that is doing significant damage to the biggest opponents. 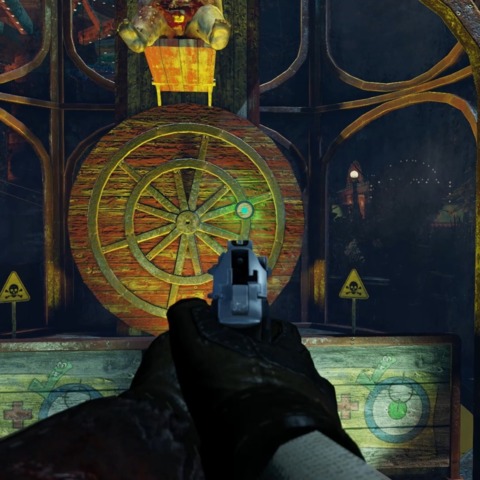 Zeds are also an essential element of the game, because apart from being opponents and receiving bullets, they are also modeled and animated to die in different ways. As mentioned, blood is one of the pillars of the game, so it's not uncommon for a significant part of the map to be redone in the end. Thanks to the MEAT system, which in translation means massive withdrawal of the womb and trauma, opponents can be disabled by tearing their limbs. When it is combined with the effect of slowing down the time then an impressive and truly significant effect is created that does not leave the impression of being infatuated or that the empty item exists only to advertise the game. 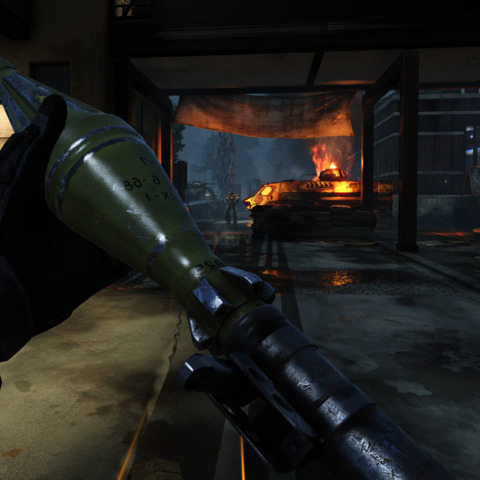 Additionally, the opponent's palette is also varied and each one responds differently when filled with lead. For example, we can take the thick with the meat chopper where they still like to play with the players. This guy can receive more bullets in the head than the Siren, which is invisible and likes to play ninjas with his acrobatic strokes. The biggest problem is that words can not in the same way show all the possible situations of dying of an opponent as it actually happens on the screen. As it is said, the picture is worth 1000 words, and here one slow-down scene could be described within the length of an average review. 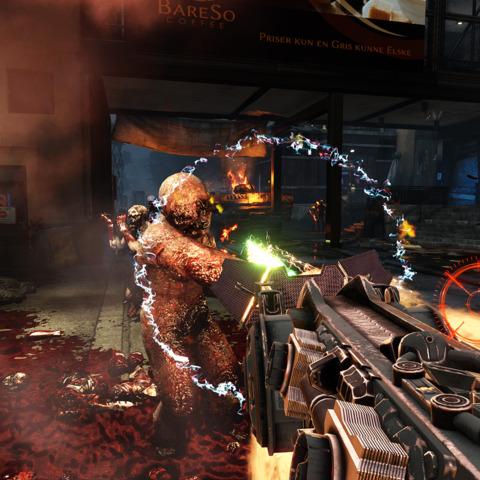 Another novelty that came with this sequel is the ability to play like the other side. Versus mod puts one team into the role of Zed, so now it can be seen from the first person how their attacks look. Although this is an interesting option to try out a few matches, especially if the game chooses you in the end to take on the role of the boss, the mode itself simply does not have the same infectivity as the basic gameplay.

With all its benefits, Killing Floor 2 does not really have any significant defects - unless you like this genre and feel it monotonous. What is the greatest advantage of this title may be the biggest drawback to someone. Through all seven or ten waves, there is always just to survive and there are no additional tasks per map. But due to the quality of tapping and the challenges that come to the last two weights, anything else on the map would just be a distraction from the main task - to kill opponents, fill the weapons, and eliminate Hans or Patriarch who are current bosses. 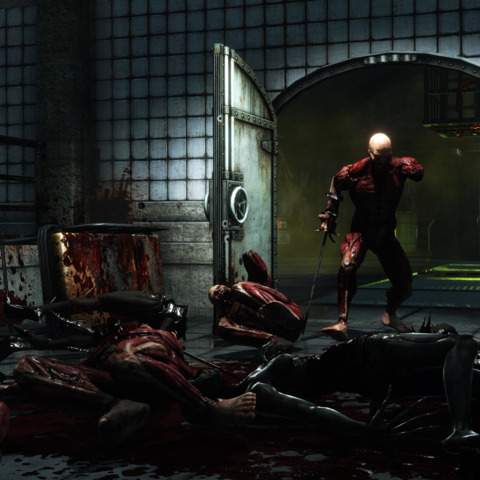 In fact, when it looks a little more detailed, the biggest drawback could be displayed in the form of Zed-conomy or clothing store for characters within the game. Some clothing items simply do not fit into the world that is created inside the game, and in fact it can look a little frivolous. But the rifle here makes a man, and not his clothes, so this segment of the game is completely unimportant to enjoy the firing of lead. An outrage could also be that developers this time did not print a short story about what happened at every map loading. This is how new players have no way to find out why the rest of the world went to hell, except to ask Google.

It is a good shooter, with zombies and a large number of weapons and maps, as well as it has entertaining game modes, it is also a title that you can play with friends, it is very good for its multiple features, the only bad thing is its long charging times.

Nice detail keep it up