Rate this article "Saints Row: The Third Review and Story"

Saints Row: The Third is maybe the best game in the Saints Row series . The game takes place after the first 2 games in a town named Steelport  , the story is very interesting and  captivating , the whole story is about the gang which tries to get more money and more influence around the town. The game is not very realistic , there are many funny things in this game like the sex toy bat which is the signature of the game , but these make the game even better. 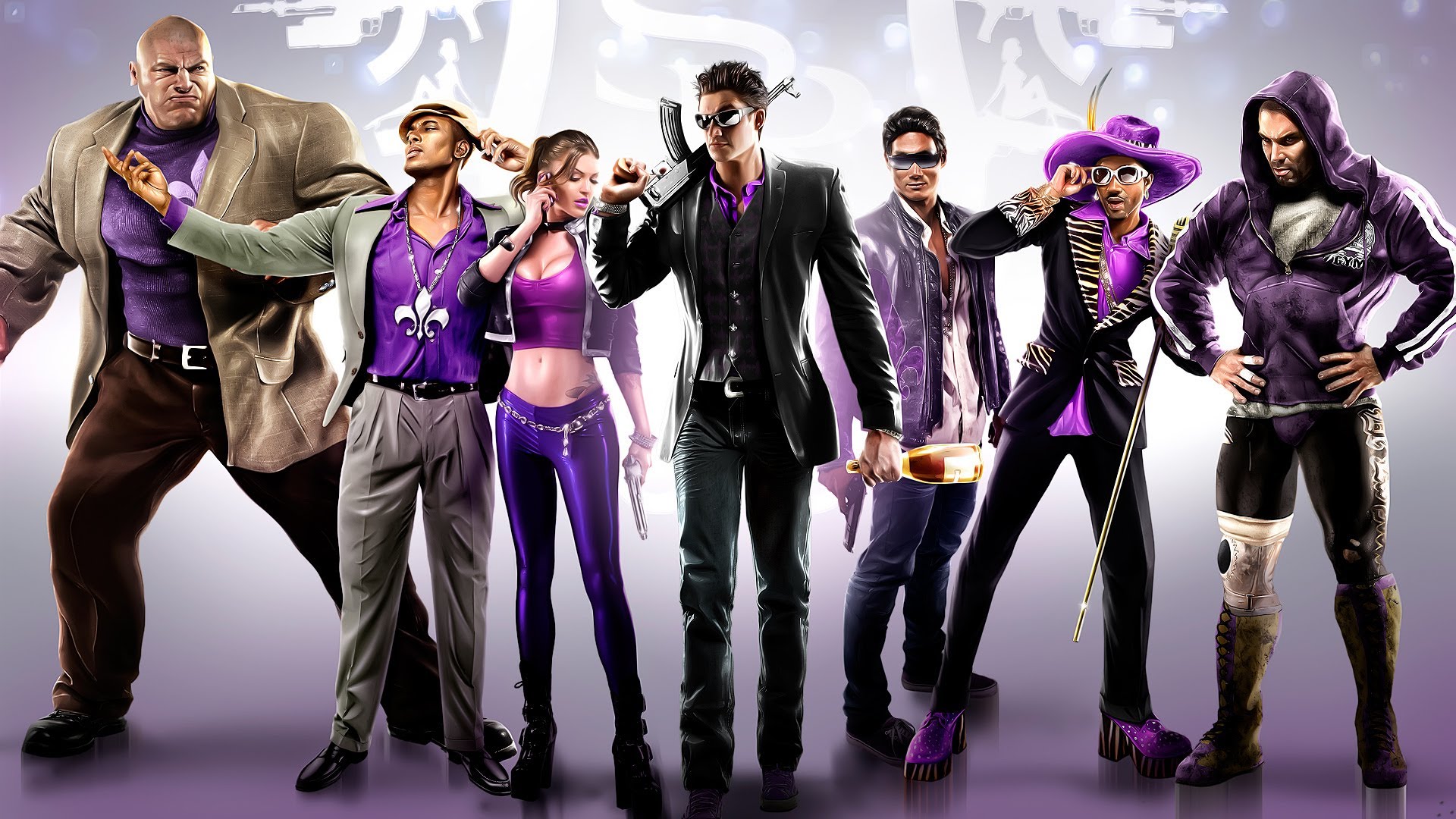 Story
The story starts with the Boss ( the protagonist) , Shaundi and Johnny Gat getting arrested for robbing a bank. They are given to Phillipe Loren , the leader of the Syndicate , a criminal organization. After Johnny  sacrifice himself , the Boss and Shaundi  escape the plane. They land in the city called Steelport  which is dominated by 3 gangs , the Boss calls for Pierce Washington for help , after they take over the city's arsenal they start to attack the Morningstar's territory , eventually  killing Loren  and freeing Oleg Kirrlov ( the guy from the left).
While they were at an opening of a new city bridge the sains get attacked by other gang named Luchadores  , some  mexican wrestlers. The Boss in order to get revenge he affiliates with Kinzie Kensington , and ex-FBI.  The Boss helps Zimos  (old pimp ) to  rebuild his prostitution . Killbane  tries to take control from the DeWynter sisters , after he kills the elder sisters , Viola  , the younger sister joins the Saints.
After this the government declared the city under martial law until the order is back , they formed Special Tactical Anti-Gang , STAG short ,which was led by Cyrus Temple. The Boss takes over Miller's territory , After the Boss beats Killbane  in physical combat he is informed that the STAG planted some bombs on the Steelport Monument , along with  Shaundi , Viola and Mayor Burt Reynolds.
If the Boss let's Killbane  to escape he saves the Monument and the other Sains , killing Kia (Cyrus's lieutenant). In the second ending the Boss kill Killbane but the destruction of  the Monument let's STAG to launch Daedalus , a huge aircraft. After the Boss destroys the ship with some bombs he declares Steelport  " An independent nation ruled by the Saints". The end!

Gameplay
Saints Row The third same as the other 2 before is a third-person game , open world. The game is considered a clone of Grand Theft Auto but more silly , with jokes and funny gameplay. At the start of the game you can customize your character and make him how you like. The game is also coop which adds a lot to the game , being able to play with some friends is more fun than playing alone .
There are a lot of weapons in Saints Row 3 , there are a total of 32 weapons . In the weapons there are some funny ones like : The Penetrator (dildo bat) , Apoca-Fist ( punch peoples far away) , and many more. You can also upgrade your cars , you can paint them , improve them , change the appearance. You can also upgrade your weapons and yourself and call for your vehicles , you can to all of this by using the phone. 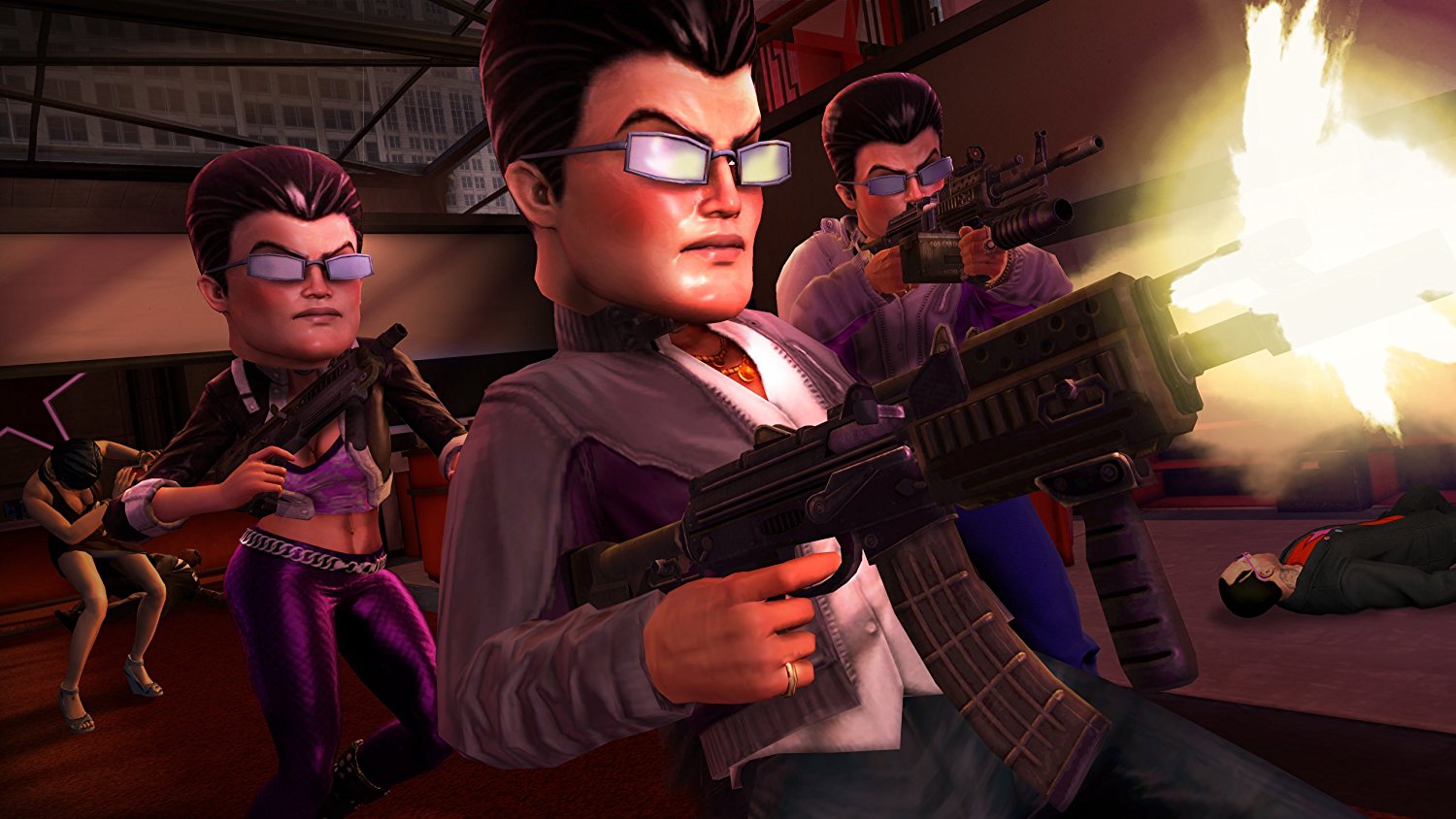 My opinion about the game and should you buy the game?
In my opinion the game is the best game from the Saints Row series , not only because has a good story but the gameplay is very well made. For the price of only 10 € you get around 15h of gemplay but if you do everything and unlock everything  you get around 40 hours of gameplay. The fastest speedrun for the whole game made 100% is 24h , a huge game , very funny and you can play with your friends only for 10€.
Overall if you haven't played this game you should give it a shot , i hope you enjoyed my article and i hope you have a great day , thank you for your time!
-Merisor

Rate this article Saints Row: The Third Review and Story

you make a good effort, dude