A cute racing action game comes from Gameloft, one of the most popular mobile platform manufacturers. Their game Asphalt Xtreme: Offroad Racing is a fast and dynamic racing simulation with elements of action. They say there are no rules in the game, and the only goal is to win and advance.

The story of the game is clear or better said - simple. You've probably played a lot of games like this, so you'll easily fit into the Asphalt Xtreme: Offroad Racing, where you'll also progress as you unlock new offroad scratches, earning money to upgrade, and as you progress, you will have more cars, and new tracks will open.

Speaking of paths, they are very attractive, and you will drive practically all over the world, even in some remote parts that you have not heard for a long time, such as for example. Gobi Desert in Mongolia or attractive trails in Thailand. The rides themselves are adrenaline and of course the goal is to win, because you will only progress in the game. But in some races, let the vehicles drive you out of the race for the first place. It's even desirable to hit them because you will get a new nitro "filling", which will be very good for you in the key parts of the race. 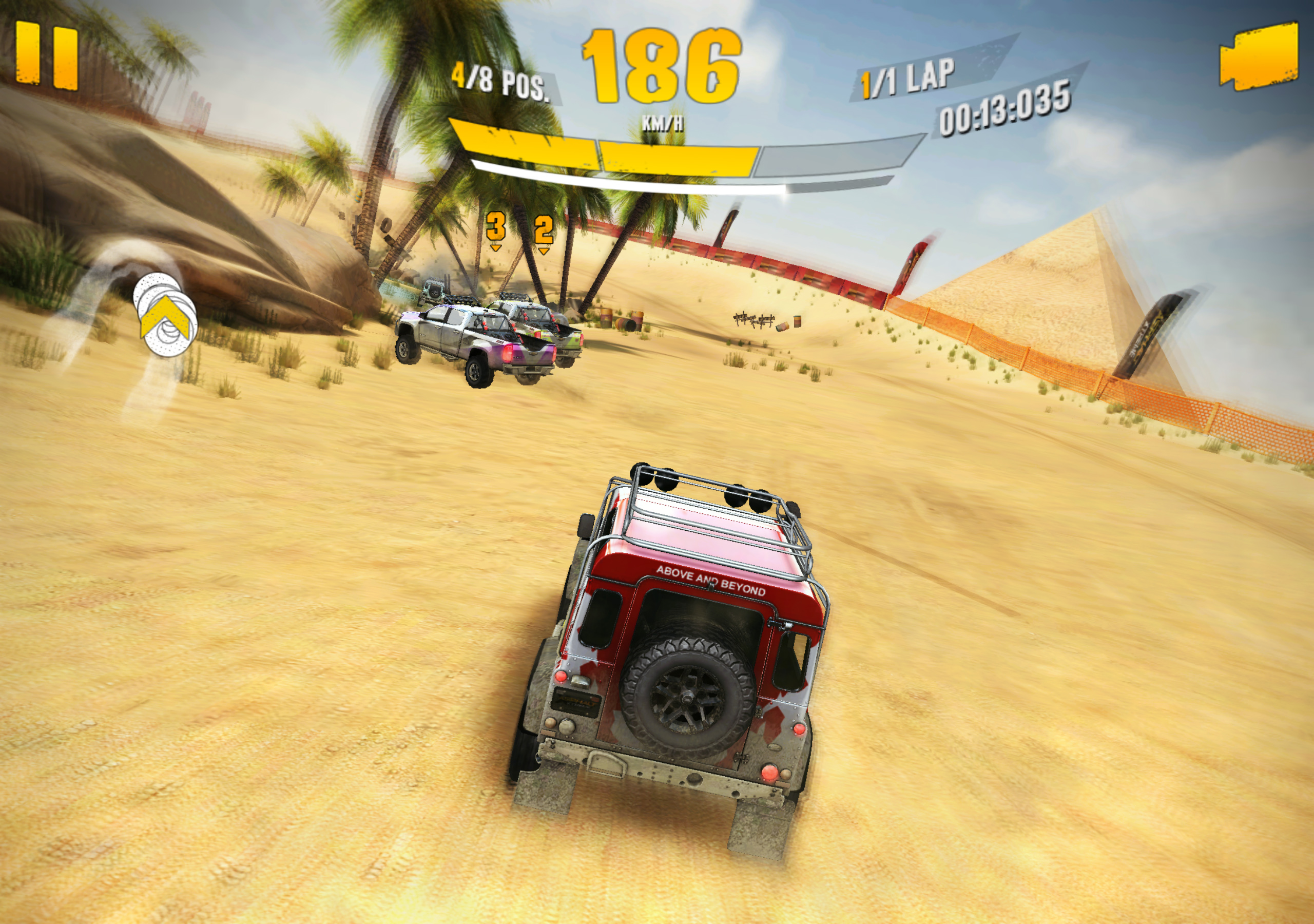 The game itself begins with getting familiar with scooters and tracks, it takes very short, nor should it be long when you know it all the time. After that, the game will inform you that you have just earned enough money for your first vehicle. You only have money for some basic courtesy of a courtesy that is relatively slow and very poorly turned into curls, so you will be struggling with it at the very beginning.

However, as you win in races, you will earn money (credits) with which you can upgrade every single scorching game. The upgrade itself is possible in many different parts and degrees, you know already how it all goes. You can also paint it as you like, but be careful with hard earned money because it is very easy to use.

The next runner you will get for free is a buggy that is much better on the vibrant terrain, so you will be using it for some time. Basically, you just need to win and upgrade them (you will not be able to drive some races before) to unlock new championships and new tracks. 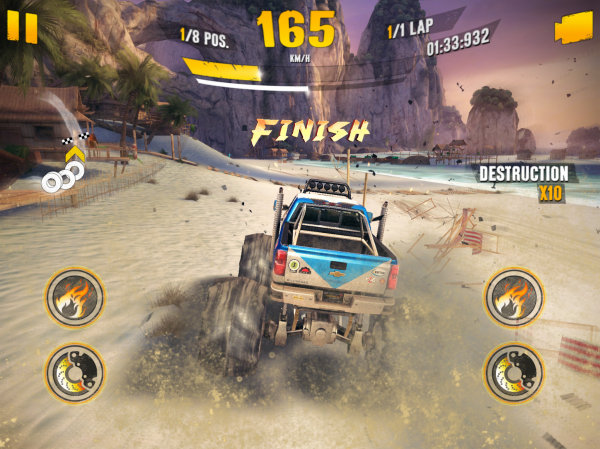 The same races are different. Classical and most often are those in which you only need to win, while there are also those who drop out (the last dropout), in some you only run against one opponent, while some in the opposite direction go to great terrain in which it is better not to stumble. The trails are full of obstacles (barrels, fences, garbage, ...) that slow you down, so you better get around them. On the other hand, on the track you will also find the nitro bottles you definitely pick up (there are more types of them), which will speed up your race track.

What we lack in racing is a little noticeable map. There is, but it's kind of inconsequential so you see exactly where the opponents behind you are, you can only see those in front of you - above them are the numbers that are currently in the race, so you can also evaluate who you are. Basically, try holding them behind you.

What we definitely like is licensed scooters, so you'll see brands such as Land Rover, Jeep, Peugeot, Ford, Mercedes-Benz, Predator, Dodge, Chevrolet and many others, so that just enjoying the racing will be somehow more fun. 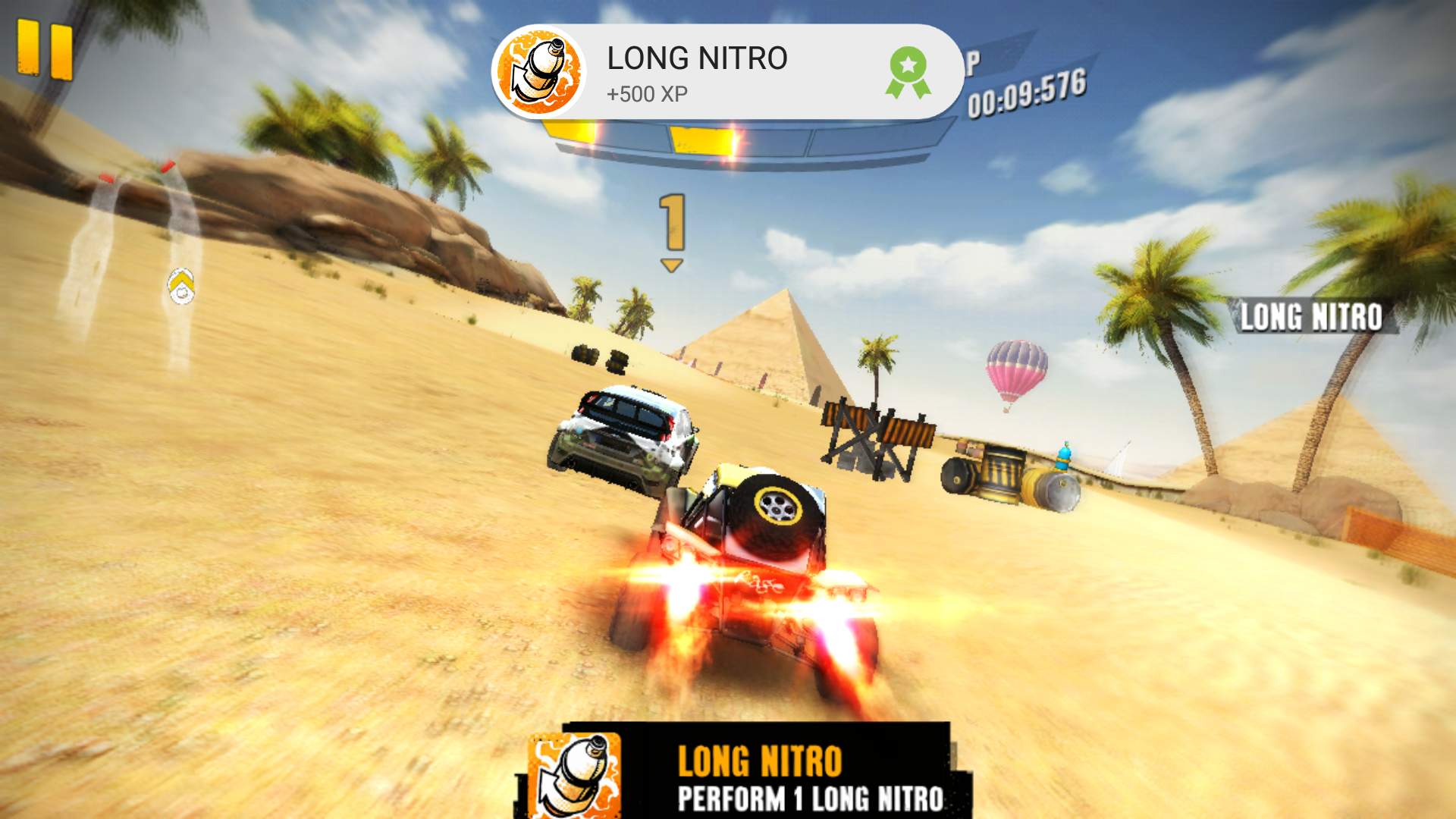 Depending on where you are in the championship, such opponents are expecting you, even though races are usually scattered by various scrambles. Such paths are very diverse - from the desert dunes, through the canyons to various terrains such as sand, mud, water, stone. Apart from the obstacle of the track, it is full of various jumps that besides being attractive full and your nitro, which will accelerate you naturally.

There are some types of daily prizes to help you, and for much faster promotion you may have to buy some accessories. Yes, for real money. Of course, you do not have to, but then you will progress slowly. The game has a fairly aggressive system in which you are often "moved" to the part where you can conveniently buy some packages, in order to make progress faster. The choice is yours. 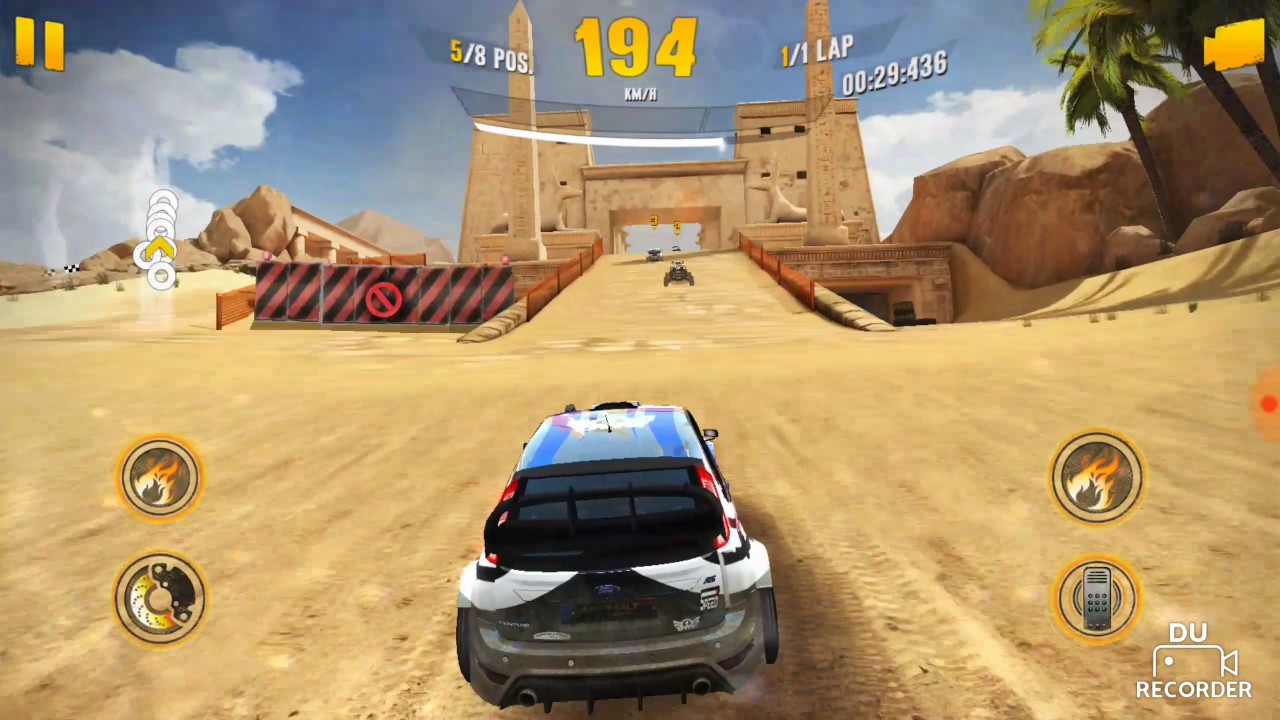 In the game, there are 35 different scrolls, all the way to those big Monster Truck waves with huge wheels. There's everything - Muscle Car, Buggy, Pickup, Rally Scissors, SUVs or huge trucks. Each of them has special characteristics, that is, the advantages and disadvantages that you need to take advantage of.

Tiny bit short but the game and YOU are cool, keep writing!