During the game in Umbrella Corps you can  not help recalling domestic shooters of our youth like some "Nevsky titbit. " The same terrible graphics, the same disgusting sound, the same ridiculous gameplay - shortcomings can be listed endlessly, and to find at least some dignity is almost impossible. But Capcom can be respected at least for the fact that the title of the game does not contain the words Resident Evil , - nevertheless, the publishing house has a conscience and a desire to preserve the honor of its brand.

Umbrella Corps - this is another multiplayer team shooter, in which there are only two modes: "One Life" and "Mission." At this online content, it can be said, ends, so that you can not see anything new in multiplayer at all desire. In the future, Capcom promises to add a new mode and support  Umbrella Corps with  free add-ons, but we doubt that someone will return to the game after a couple of weeks.

In "One Life" two teams of three people try to destroy each other, and the killed players are not revived until the end of the round. The cards are very small, so finding someone is not difficult and the matches end pretty quickly. Win those who have defeated opponents thrice. In the "Mission" it is also necessary to carry out various tasks - to collect suitcases, to keep points or to search for DNA samples. Shoot the enemies can and even need to gain the advantage, but after a few seconds, players can reborn and take revenge on the offenders. 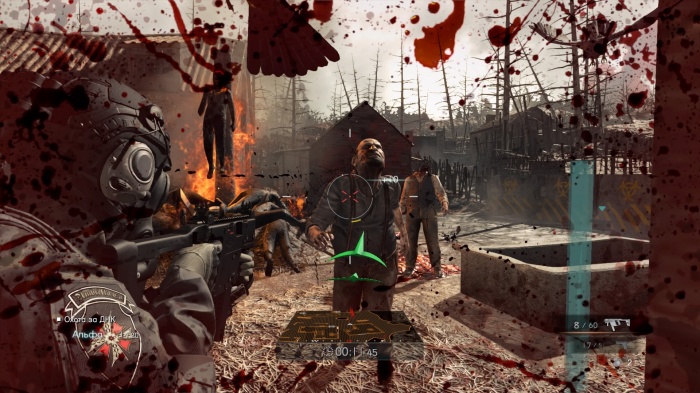 Even if from the process you get some minimal pleasure, it bores everything that happens very quickly. Shoot boring, tasks are monotonous, and the connection to the match sometimes takes a few minutes. Either with the servers some problems, or the players are catastrophically small, but which of the two modes you choose, very often the game is thrown into the menu and forces you to start searching for rivals again. But when the match still can run, it becomes clear that the selection of players depending on their "pumping" Umbrella Corps  will not be - you can be in the same team with users of the twentieth level and fight with newcomers who first launched the game.

Balance should not be expected in all other respects. The above-mentioned newcomers will try to shoot at enemies while they run on them with melee weapons and eventually win. "Cronus", reminiscent of a big ax, carries with it every player, and this thing has tremendous power and a giant radius of defeat. You can be a meter from the enemy and, by pressing the strike button in time, destroy it in a split second. Therefore, users who have spent more than an hour in local multiplayer do not even try to aim at opponents - they just run around with an ax in the hope of finding someone and quickly win the round.


ven such a simple thing as management is done somehow. For example, the character creeps here faster than walking - at first it seems funny, and then you ask yourself: did anyone at least test Umbrella Corps ? Although it is unlikely - anyone who played in this creation would immediately notice that the third-placed screen hero, to put it mildly, is a strange decision. The camera here is so inconvenient that it's almost impossible to notice a zombie coming up from the side, and in hunt for other players it does not help.

The aforementioned zombies, by the way, turn out to be just a decoration in multiplayer and do not react to the player's actions in any way. You can shoot, run, jump - the infected will continue to walk in different directions or stupidly stand still, as if nothing is happening around. If the character's health is not enough, they will try to attack him, but he most likely already has time to die at the hands of another participant in the match. On the one hand, understand Capcomyou can - in addition to finding enemies, users would have to constantly fight off all evil spirits like shabby dogs, and this would only cause irritation. But at least something these zombies could do to play was not so boring! 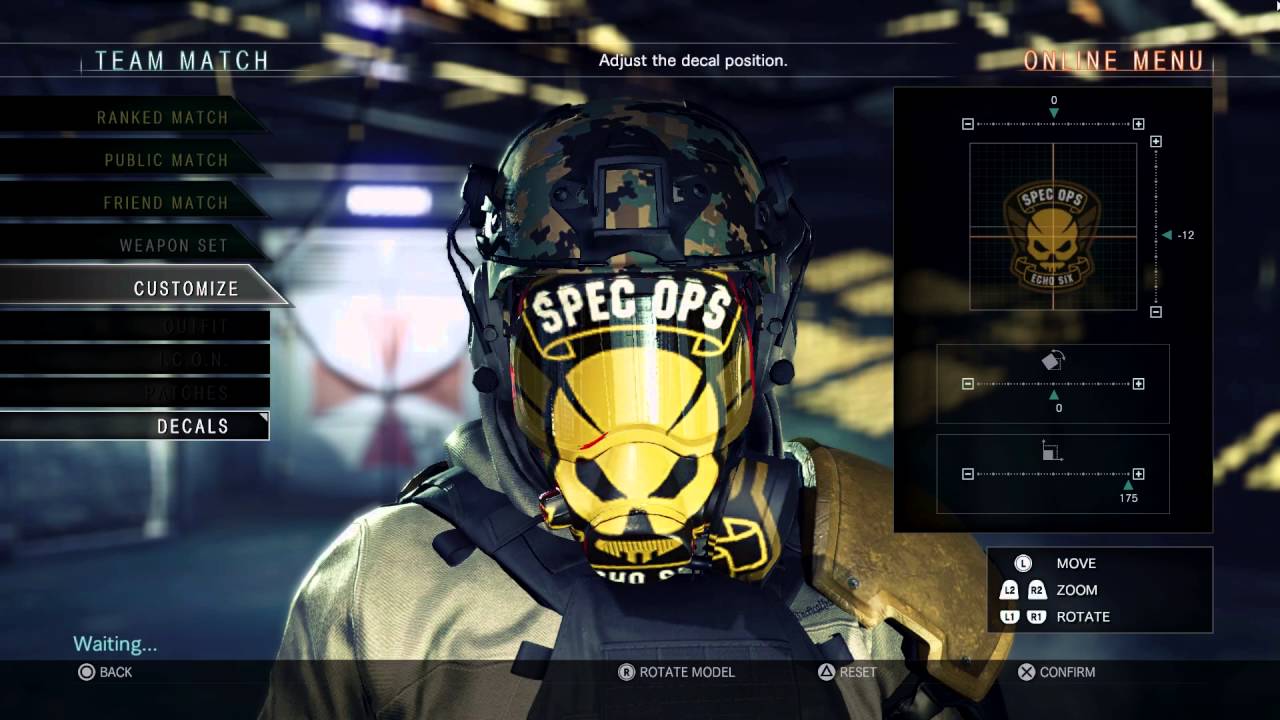 ut in a single campaign zombies are much more active. They constantly draw their hands to the character, injure him, kill him with a couple of blows and force him to even think through tactics during the final missions. Unfortunately, this is not allowed in the co-op, and the tasks are absolutely identical to multiplayer: searching for chests, collecting DNA, capturing points ... Having completed all the missions in one location, the player goes to the next one and continues the same for several hours.

According to the plot, the hero becomes a participant in the experiments necessary to test his ability to survive in dangerous conditions. He is constantly given out different equipment, sometimes significantly limiting ammunition, but the local balance saves the situation - you do not even need to get an ax to quickly deal with opponents, because the hero is able to knock out any zombie in one blow. Release a few bullets or press a button once? The choice is obvious, and eventually it starts to cause yawning.

Sounds like I wouldn't want to play this. Much better FPS games out there. This game offers nothing unique it seems and running around killing people with an axe without having to aim?! C'mon :p

Now This an article