Recently, the case at the Finnish studio Frozenbyte go unimportantly. The audience lovingly treated the first two Trine , however, when creating the third, the developers could not understand what exactly attracted the players. They for some reason added extra three-dimensionality, made the adventure extremely short and made many mistakes, which could no longer be remedied. All this led to poor sales, and this in turn - to the release of glued together Shadwen.

The fact that the new game Frozenbyte created in a terrible rush, said more than once the developers themselves. Therefore, from the moment of the announcement to the release of the final version, less than six months passed. It is not known exactly how bad the studio is in financial position, but the appearance of Shadwen in its present form indicates despair and the desire to survive in the market. Although the authors are happy with the result, they call the game "the real stealth" and as if they do not see any drawbacks in it.

In fact, Shadwen is a boring stealth-action, which would not hurt to go to the beginning of "Early Access" Steam and cook there for about a year. But the creators decided to offer the audience a raw version, which is a real torture. Although there are interesting ideas in the game, they are invisible under a pile of conspicuous minuses. 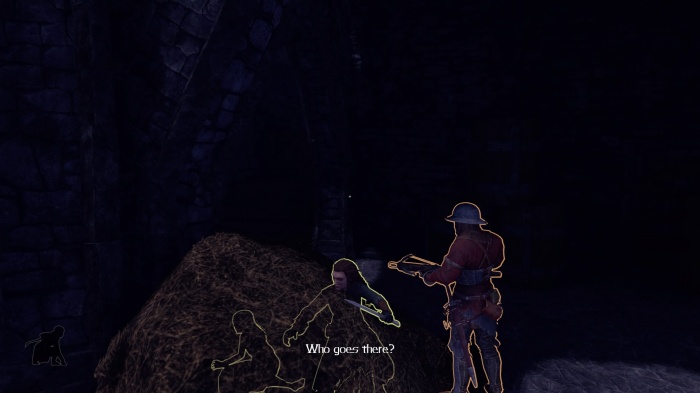 The game tells of Shodven - a girl hired to kill the king. On the way to the castle, the heroine notices the girl Lily, whom the guard is about to arrest for stealing the apple fallen from the tree. The child must be protected and saved, but how? And then there is the first moral choice: to slaughter the person performing his work in front of the girl or somehow to distract the guard, so as not to injure the child's psyche? And take such decisions will have at every step.

Do not try to understand the storyline Shadwen- the story makes no sense when, due to the insistence of the girl, the hired killer takes a witness with him, instead of refusing to go and go about their business. We have to put up with the absurdity of what is happening and drag the child with him, clearing the path and running from one point to another for almost two dozen levels. The ending will depend on how many people Shodven stabbed in the presence of Lily - the game allows the killing of several guards, but if their number is large, the final will change. 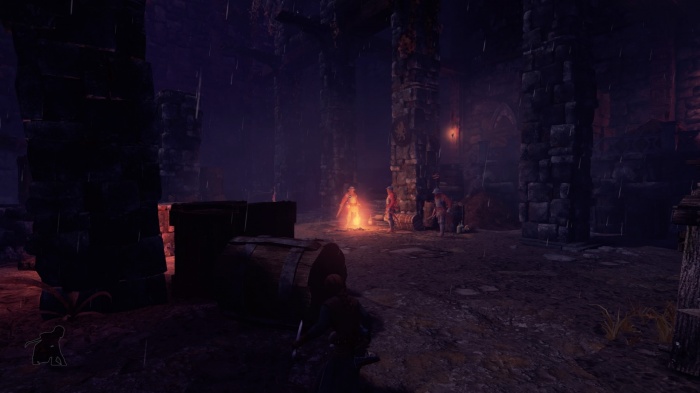 Something about the local gameplay is similar to The Last Of Us . Instead of a man there is a girl with a rather long braid, and instead of Ellie - an importunate little girl, unable to stand up for herself. All the work is done by Shodwen: she distracts the guards and orders orders, and the things moving along the way move. Lily runs from one bush to another, if nobody sees her, or turns around and runs in the opposite direction, noticing ahead of danger. No one can see or kill her, even if she runs around under everyone's feet, so she does not have to worry about her.

Almost every mission can be passed without killing, but for this you will have to try hard. Sit in the bushes, move barrels and boxes, make noise and entice enemies so that the girl runs forward. The problem is that the game does not reward it in any way: the only thing that changes is dialogs during the loading of the next chapter. No bonuses, no points, no elaborate system of karma, which at least somehow influenced what is happening, - there is nothing here. So why try? Dialogues, incidentally, are also strange: if Shoedwen slaughtered everyone in the next location, no one will kill, Lily seems to forget about what happened earlier and will not remember all these atrocities.

Stealth here is primitive as much as possible in bad indie games. By and large, besides hide and seek in the bushes and behind the boxes, Shadwen have nothing to offer. Enemies quickly react to the steps they heard, walk from side to side and immediately raise the alarm when they see the main character. The gameplay does not get any development, because all the opponents look the same and constantly carry the same crossbows and swords. For the sake of fun, you can attract the boxes that are standing on top of each other so that they fall on the head of an unsuspecting guard, but even this will not give you any emotion.

Arsenal of the heroine at first is also meager. She carries a dagger with her, capable of killing only from the back or from above, and is able to cling to the rope by wooden beams - the developers, talking about this possibility, recall Zoya from Trine. However, Shaudwen has nothing to do with it - if Zoya had grace and elegance, then this character is awkwardly moving, uncomfortable running, and sometimes even whirling around the rope because of useless physics. Over time, the girl learns to create traps and other devices that make passing a little easier. But until this moment hardly anyone will reach. 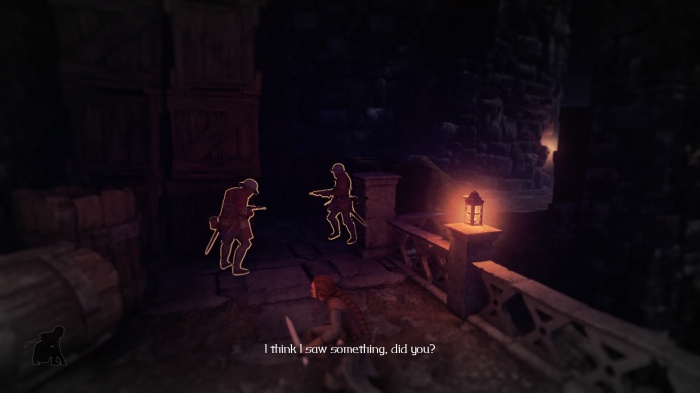 One of the key mechanics that distinguishes Shadwen from other games of the same genre is the ability to stop time. When Chaudven does nothing, the world around also freezes, as if in a Superhot. You can press a separate button so that the guards "come to life", and you can move yourself and achieve the same result. It can not be said that it somehow helps - the locations here are not so huge that they had to study them and work out the plan. And without an understanding of where and with what period of time the guards are walking, it will not be possible to assess the situation.

But here you can rewind time, if something went wrong, and go back even at the very beginning of the mission. When the guard notices Chaudwin (or finds the corpse of his colleague not hidden in time) and raises the alarm, the game stops and suggests to return a few seconds ago to prevent a failure. Although this function is very convenient and eliminates the numerous boot screens, it goes against the basics of stealth action. The player understands that the error will not lead to any punishment or penalty, and therefore can try different options and sooner or later achieve success. Here you do not feel any tension from being noticed, or that your plan was unsuccessful - just simply rewind time and return to your previous position in a couple of seconds.

And the enemies themselves in Shadwen so foolish that they have no pleasure in messing around. Hearing the noise in the bushes, they will not come to check who is sitting there, apparently the rules allow them to only rub their knees on the foliage and go off with a displeased look. And from the level of complexity their intellect does not depend. The difference is only in the interface and tips - in the standard mode, guards are highlighted when alarmed, and on the "hard" there is no such option. But the ability to rewind time makes any location more or less easy. 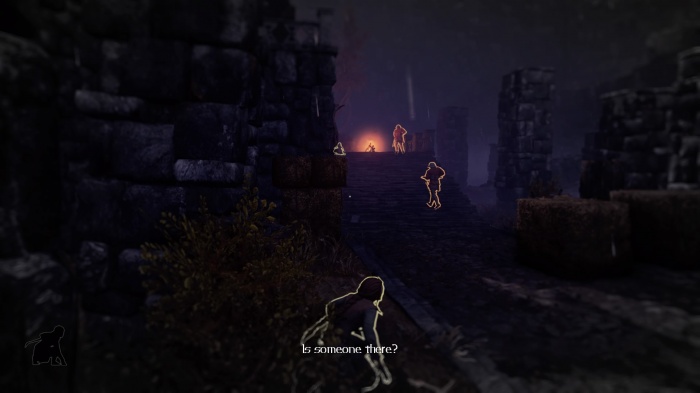 Not bad. Not at all, but the pic issue is true.

Looks interesting, need to take a look, thanks!