We build Alaska with the help of the most modern machines and tools? But no! Let's get better in some rough Soviet production ground and "flock" in the slums of the East Block. It is precisely this idea of Spintiras, a game that represents a sort of simulation of dealing (that is, managing, not just managing) in extreme situations when an inaccessible field of switching, the vehicle is defective and consumes fuel as an open tap water. Outrun, challenging and incredibly interesting ...

Although it contains 19 different vehicles, six linked folders, and day and night shifts, MudRunner stands at only 825 megabytes. To play it, you do not need to be afraid of the machine, nor close, and the authors have been struggling to build versions for the current generation of consoles (not for portable switches). Otherwise, MudRunner is the "continuation" of Spintires, a 2014 game that has surprised the entire toy public with its inventiveness and content. More vehicles and locations were added, the graphics survived facelifting, in-game goodies were put in and so we got MudRunner. The game offers interested parties a "half the price" of the AAA title, it costs only 30 euros, which is a move by the authors we salute. 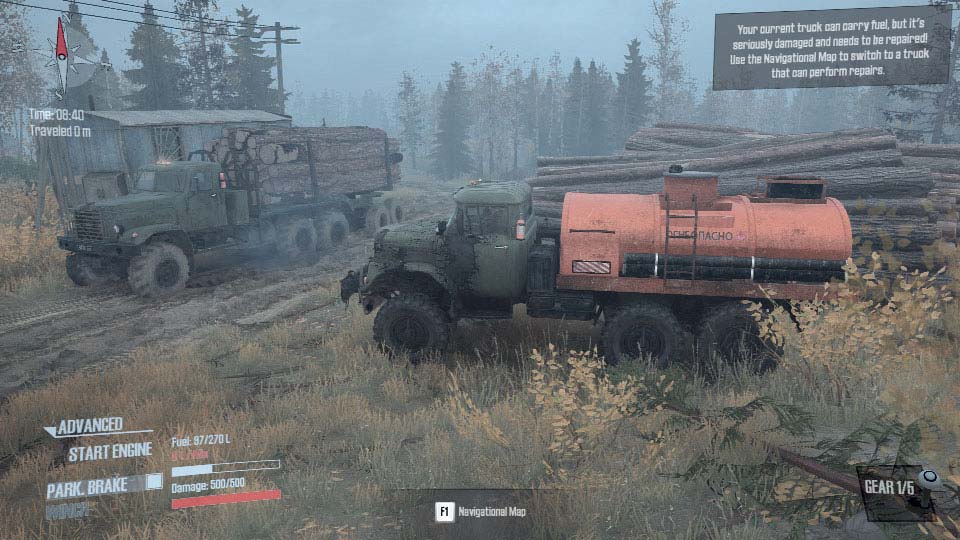 A brief tutorial (you must pass it) points to the challenges you will encounter. Blato to knees, deep water, dense shrubs, rocky rocks, and sharp climbs are just a part of the obstacle. You have to be careful of the equipment not to damage it, to waste fuel, and to use the resources, such as the differential, on all wheelbases and wristbands, to use in the most effective form. If you play at the recommended Hardcore level, you only have a compass and a folder on which your position is not drawn, which further complicates the difficult task. The casual weight level, on the other hand, throws a GPS in the fire, which not only accurately reads your position, but gives you the ability to create a waypoint while driving on the screen. However, playing on Casual level of weight largely kills the experience, as it allows respawning in the garage, skipping night sets, and it is not negligible that cars spend much less fuel, while engine damage does not bring down performance. This does not mean that you will walk through the park and enjoy the environment, on the contrary - in both operating modes the game is as heavy as the devil and throws you to the edge of the tear. 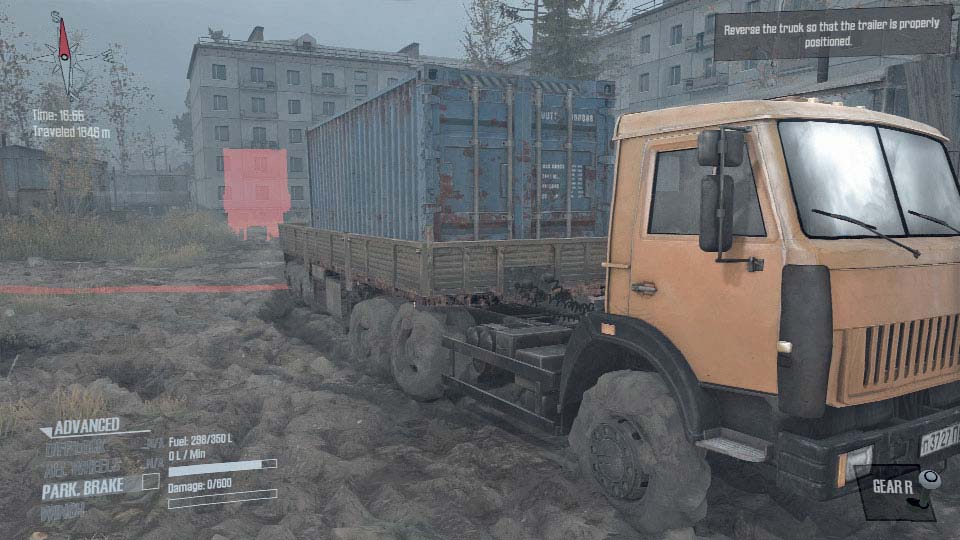 All this is because of the exceptional physical model that "monitors" a number of important parameters. For example, the shaping and "movement" of the mud is done in real time, when you go over the course you have to pay special attention to the "power", whose performance is specially simulated, the tire behavior simulation and the wake is another factor that "lives" in the background is the ability to manually shift speeds (remember that it is not so easy for trolleys and trucks) and so on. Only a second and a bad estimate of your disaster, staying in an azb, falls into a break from the edge ... You can only expect help if you play online because of MudRunnersupports a cooperative gaming regime for up to four players. When we are already in the gaming regime, you can go in the fight with nature through individual "challenges" or campaigns. Very rarely you will find yourself in a situation where the vehicle is sufficient to move from point "A" to point "B". Thus you will "tug" trailers and tanks, load / unload trucks, repair other vehicles, fuel tank and the like. MudRunner does not suffer from improvisation and requires surgical precision, which you will feel very soon on your skin - but at first parking. It's a piece of charm, though it sounds paradoxically in a given situation. 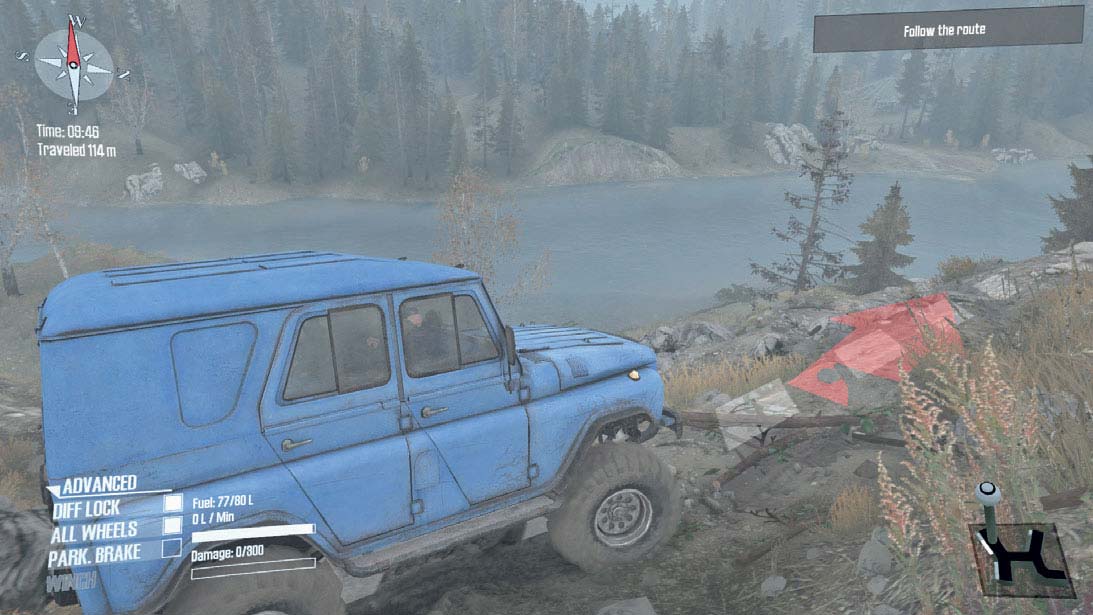 Although the god does not know what kind of graphic solutions, the scenery in the game has been delighted to us. This is particularly true of mud and water animation, although the environment is not lagging behind. There is not much in the background, but here it is not that important. Sound effects are also high on the task - vehicles produce different sounds, hear hydraulics, tire crashing, gear shifting ... MudRunners comes with flywheel support and the authors recommend that, due to the optimum experience, this is Logitech's model G25 / G27 .