Rate this article "Review of the Marvel’s Spider-Man"

Review of the Marvel’s Spider-Man

Marvel's Spider-Man is an action adventure with a legendary superhero, located in one piece of New York. The map is open type, and is played solely in a single player. The durability of the game is about twenty hours. The game is only available on the PlayStation 4 console.
Marvel's superhero fever that shakes the film industry this decade has still not really been reflected in the video game world.

The reasons for this are mostly corporate in nature since Marvel and the Activision publishing house broke off a 15-year-long collaboration. But that was still 2014. And since then, we have been eagerly awaiting a new era for superhero video games. Many of these "fresh start" surfaced in Spider-Man for the PlayStation 4, and now it's finally a moment of truth when we discover whether the title of Insomniac Games is the leader of the next generation of superhero games.

Marvel's Spider-Man is the best game of spider-man so far, and besides that, it's also a ghastly fun action adventure. Insomniac Games hit right at the core of the question what people expect from Spider-Man games. Without too much chemistry, they delivered a product that perfectly presents Spider-Man as a character, with all its virtues, flaws and problems.

In the story lies the biggest credit for the statement that this is the best Spider-Man game ever. The decision of Insomniac Games to place the action at the very height of Spider-Man's career (with eight years of service) proved to be extremely thoughtful. Spidey is confident in his work in the same way that Peter Parker is unorganized in his life, and this duplication of his personality leads to problems that draw out handsome lessons.

It is a commendable presentation of Spider-Man as a vulnerable person who does not get all his battles, and the compliment is also greatly designed bad guys. Not everyone is equally detailed and the motivations are sometimes banal, but the relationship with Spider-Man is specific to each of them. Most of these characters with Spider-Man have already met and pulled out the thicker end, but there are also new enemies Spidey meets for the first time. 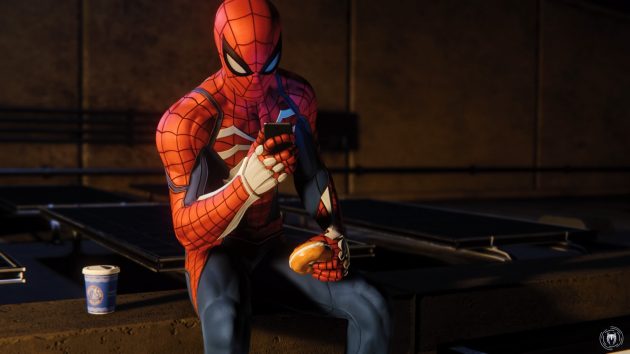 So, the story correctly presents the essence of Spider-Man and his problems, but with the gameplay - does a player really feel like a superhero in this game? The answer is: than what! The two basic mechanics - movement and fighting - are made here most conveniently and practically. I can not brag enough to build the city when I say that perfectly conjures up the agility of Spider-Man. I think this is the "fastest" game of an open world, and that's a great thing to me. Perhaps Prototype, Just Cause and inFamous quick games, but with a little exercise, Spider-Man can move incredibly fast here. Using the network is just the beginning, because you can unlock bouncing, extra attracting, and even tricks later on.

A minor part of the tasks, which in addition to the main ones, relate to the swinging of the city. Most of the activities are struggling, and it is the second mechanics by which Insomniac has completed the experience of playing in the role of Spider-Man. It is true that the concept was mapped out of Rocksteady's Batman, but here the wicked-man screaming has far more flexibility and is not limited to the mechanics of timely counter-attacks. 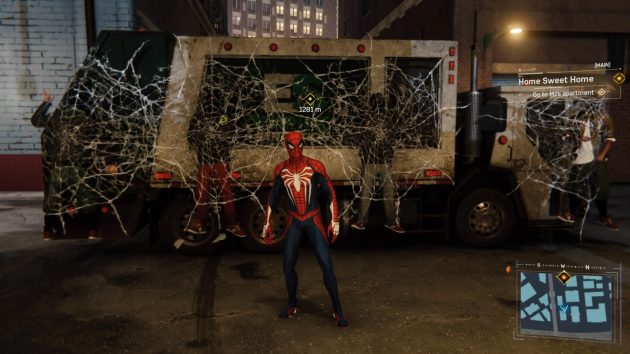 All fist attacks are performed with a single button so that combo moves are easy to remember. Spider-Man does not "dance" from the enemy to the enemy if you just hit the attack button, but you need to get to the remote enemies with a network or a separate key. Similarly applies to counterattack - although an indicator is available when it can be executed, one key is executed with dodge, and after that "manually" you must attack the enemy with another key.

In addition to classic attacks and counter-attacks, Spider-Man can wield enemies and any objects from its surroundings, can use various devices like an electric grid or flying spider helpers. When it comes to a good combo score, it can activate a special skill or so-called "finisher" attack that instantly disables the enemy. It can also swing during combat and target enemies in slow time.

Another part of the game that the little ones have ignored are hiding shares, that is, the seamless vomiting of the enemy. The parts of the game in which you play with other characters are mostly designed so that there is only one way, that is, one way they go over, and if you mistake and your enemies see you, you automatically return to the last checkpoint. 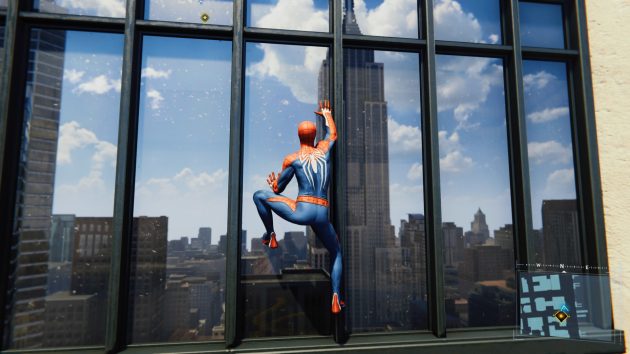 I can still accept that, but silent elimination with Spider-Man is devoid of almost any challenge. At any time you can see which enemy is "safe" to eliminate without alarming the others. As long as you are on a higher level, enemies can not see you. Moreover, they are so stupid that they will never lift their heads and notice if someone hangs in a network on a street lamp. 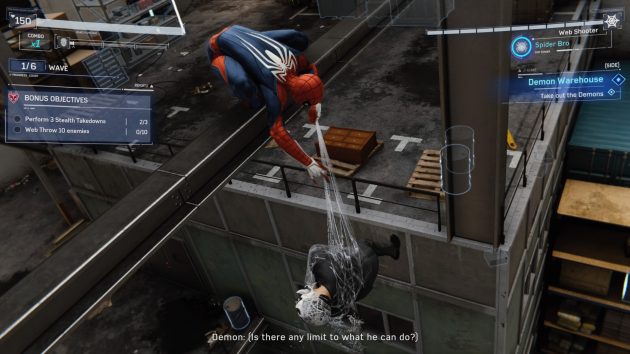 All in all, I think that the Spider-Man manufacturers have made a lot of effort to break the monotony and repetition of what open-world games usually have. The result of their work will not knock you off your legs, but will definitely offer you some nice details. The first few hours will work magically as you absorb all that is happening and look at how you are opening up more and more opportunities. The pace slowed down after that, but as I already mentioned, the situation has changed drastically in the last third of the game - something like the GTA: San Andreas.

Rate this article Review of the Marvel’s Spider-Man

Just a pity that ps4 only!

I love soo musch this game!