Rate this article "Review of the game: Planet Alpha"

Review of the game: Planet Alpha

Planet Alpha is a two-dimensional platformer that inserts some elements of survival into its gameplay. It takes place on an alien world full of bright colors. It plays exclusively on its own and there are no multiplayer modes. Planet Alpha brochure lists only one request. The letters printed on it are massive: relax.

All worlds and planets will sooner or later end, and this is a fact. What, then, is the death of another one in a series of petty irrelevant planets - even if it was under the influence of murder robots? Instead of worrying, it is indicated in small letters at the foot of the leaflet, when you arrive at Planet Alpha, it is better to simply relax and - stand underline - enjoy the scene.

The question is how today would look like a terrain of a 2D platformer with brainwaves and whether the Planet Alpha would have appeared at all if there were no titles like Limb, Braid or Inside, which, instead of a complex and difficult gameplay, emphasized the story. Minimalist, however, genre-specific and told in silence, but the story that continued to serve as the guiding thread of the entire sum of sequences of brainwave and jumping around. Planet Alpha does not decide to innovate the genre, but balancing on the shoulders of the previous games, tries to find its voice in the image of the beautiful world under the threat of destruction.

As soon as you find yourself on a dead surface of an unknown planet and make the first step, it's obviously the strongest side of this title. The wind swings until the grains of dust cling to you like snow, and you, at first embracing, go in an unknown direction. The first traces of life begin to appear shortly afterwards: the cheek-like structures are located in the middle of the desert, their purpose is unknown. Impressive visuals realize their full potential once when you pass through the cave, and you will suddenly open vivid landscapes that swim with unusual flora and fauna. Large dinosaur-like creatures wander in the lowlands, unusually bluish shrubs swim before you, in the distance, unusual trees with dwarf-like canopy grow. The night is down. And your journey has just begun. 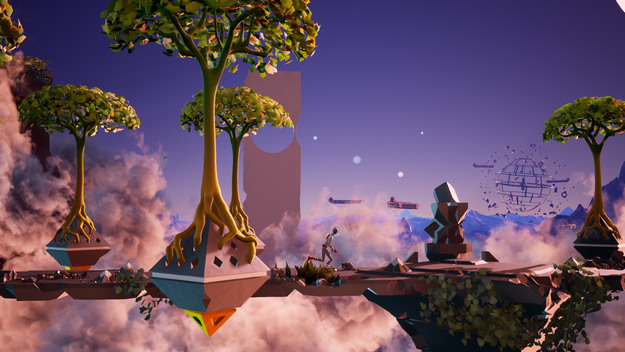 Regardless of whether it leads you through the sumptuous lowlands, dead lands, the heart of the tropical rainforest; Whether you are in contact with underground ecosystems or flying fish high in the clouds, Planet Alpha keeps in mind that the beautiful design of her world is worth admiration. The pace of the game is relatively slow, does not require haste and allows for enjoyment in beautiful views. The appearance of the conqueror robot may disturb the idyll, but there are still a great number of moments in which it is possible to fall back, look at the distance, into the flames of the flames, and contemplate the o - I do not know, the passage of time or the inevitable end of life.

There are, of course, certain aspects where the narrative and the experience of traveling carry the primacy, which could be distorted by some. Primarily it refers to a gameplay, which is largely relaxing and undemanding. Planet Alpha is a game of simple mechanics that are largely unchanged throughout its duration. Enemies are avoided by shaking, and natural obstacles are overcome by jumping. Rewriting time is defined as a "unique" mechanic that tackles somewhat more complex problems, but it's mostly there for an effective look because the solutions are too banal to remember the game by that element. 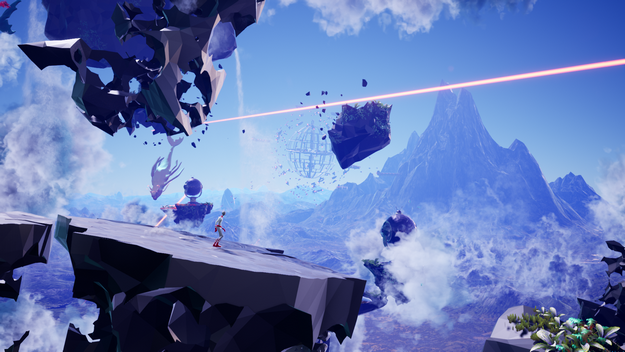 The second attempt of the game to introduce more diversity in itself is quite inconvenient and uncomplicated. Here and there the events on the planet are interrupted by jumping through some type of intermediate space of poor gravity through which passes through teleportation, while in other cases by jumping over its moving cubes, it is manipulated in some way to the real space on the planet. Except that everything is expensive quite arbitrarily, it is mechanically inconsistent, so the whole thing turns out to be a casual solution to enrich the gameplay at all costs with somewhat more complex platforming sequences.

It is frustrating that for such cases, it remains unclear exactly what Planet Alpha would want to represent exactly. On the one hand, if the title has already decided to present the story at the back of spectacular gameplay, I would like to remain consistent in that, instead of finding ourselves in a situation where the shares that are not particularly well done by themselves break the established course of action. The other thing is that I am impressed that these parts are simply too random, which makes it impossible for me to integrate them into the whole. 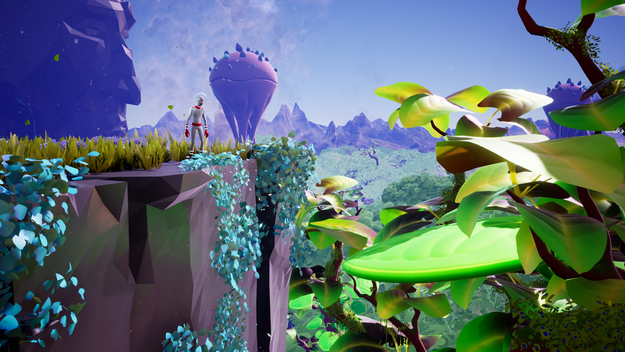 Inside, about which a million interpretations were written, was a game in which I felt this process absolutely meaningless. I did not see her story in the attempt to find the ultimate meaning, but in the way in which they were consistent with the style set out initially, this game managed to constantly open new questions, surprise the player and completely confuse it at the very end.

Planet Alpha is trying something similar, but while confusing at every step, I do not see a line that keeps the various events together. Some topics are very obvious, such as the cyclicality of time that is clearly evident in the gameplay itself, in the mechanics of rewinding during which literally in the sky we can observe the rotation of the planet, circularly returning the vault to the initial position and the like. However, I did not manage to fit a certain number of events into the whole picture, both in style and on a thematic level, but it seemed to me that it was just enough to surprise the player or, as I already mentioned, spice the gameplay. 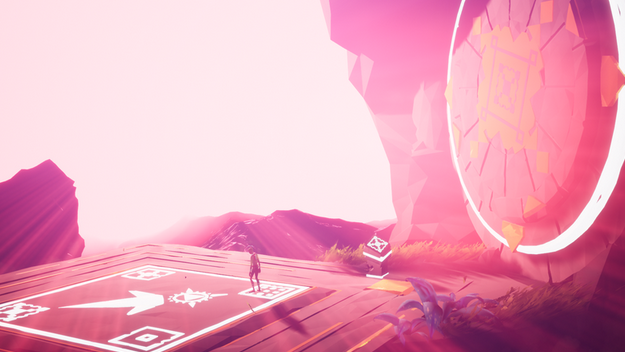 Rate this article Review of the game: Planet Alpha

Looks good enough for me

This is well made

Sentences were a little choppy, but it's a well-written article. Good job.