Rate this article "Review of the game: Omen of Sorrow"

Review of the game: Omen of Sorrow

The offer of fighting games, this month, has become richer for another title. Although the Soul Calibur VI is a hit that will be market-based (and by the number of players online), as well as quality, it will be difficult to wait for some time, and Tekken is moving with a new season, a brave developers team from Chile has issued its vision of fighting games in the form of Omen of Sorrow. A shy new fighting title brings all but a shy collection of dangerous characters from horror, mythology and legends, located at various Gothic locations. But will such characters, premise and a famous gameplay with dazzling innovations bring anything more than the entry itself to the list of fighting games of this generation?

Omen of Sorrow from the beginning indicates that this is a fairly low-budget game. Launched by Unreal engine and supported by Sony and Epic Games and their DevGrant scholarship from 2017, with which they definitely took this idea to more firm feet, from the very first animation, poor narration and static images with very little cinematic scenes, Omen of Sorrow immediately places in a slightly more depressing spectrum of enjoyment in the game. It could not be avoided, at least not completely, but still, productionally, some ideas, menus, and the choice of music, it could have been better, bigger and more accessible. All in all, the presentation part of the game is not one of the better in the genre, and although neither horrible nor bad, it does not bring any element that it can actually boast of.

Like many other genre games, or better to say, many fighting games from the past, Omen of Sorrow brings standard modes, from Survivals, Arcade Mode, Practice sections, and online games that are divided into Ranked and Casual matches. There is not too much surprise here, and welcome Story mode is certainly one of the parts of the game that will enrich the single player experience. Unfortunately, there are not too many things to offer. The story that exists is not at all interesting, there is no dialogue (in terms of sound and animation). 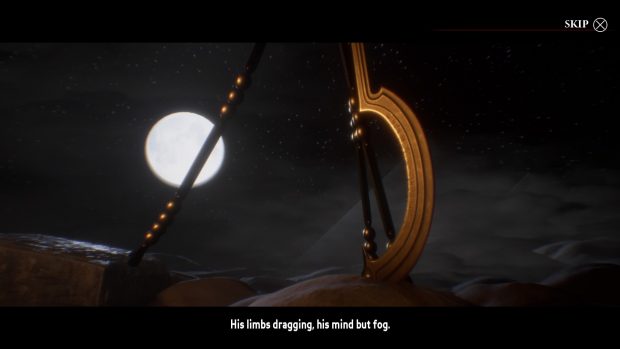 Everything goes on within the engine of the game itself and the models of the characters you are fighting, and follow only the text above them in the classic JRPG style from the late nineties. Somehow, it is too minimalist to offer three chapters from the story mode, within which you can only choose the first one, and then without any clearer introduction it starts in standard play. The story tells us, to some extent, with the majority of characters, but not exactly with their motivations and what is happening exactly, so there is a rapid loss of interest in the passage of the whole fashion, except for seeing the bosses and winning possible rewards.

What is most important to many Puritans fighting, the fighting mechanics itself and the gameplay, is pretty quick and simple here. As in many other fighting games, and here with your attacks, fill the bottom bar that is called Fortune / Destiny gauge in this game. It's exactly these dynamics between the two types of "reinforcements", or rather the state, that it is somehow the most innovative part, and it asks you a little time to figure out what it's all about. Namely, when the fortune gauge is full (and that becomes if you attack), you come to the so-called "bliss", ie, blessed status that allows you to better comboe and special moves that are executed more on "Street Fighter Mode" than on "Mortal Kombat Mode". If you defend yourself too much, you increase the Destiny gauge to enter the "damn" state, i.e. doomed state, in which you are significantly weaker and your special moves do not have such power as in the stage of bliss. The game, in fact, rewards good shots, aggression, like many other games are actually doing, but here too much emphasis on defending and avoiding the battle (or undermining the aggressiveness of your opponent) brings even more problems. 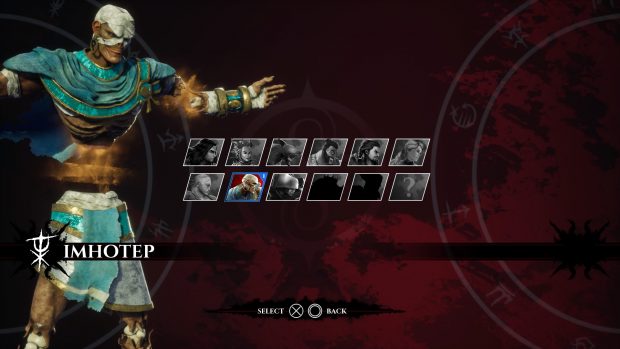 But fighting games are not good games just because of the fighting system. Okay, some would disagree with me, but one should always look at all genre games within a wider picture and context. What is especially important when you are a new game on the market, virtually deprived of good licenses and more money and some projections of good sales that could bring back the initial stake. An affordable and somewhat innovative approach to the meter / bar / gauge must be accompanied by interesting characters, atmosphere, modes, details, to occupy as broad a pool of potential players and thus have more chances for success. Blood and grotesque moves, in spite of the figures that somehow imply this, there is no, but this is not a big disadvantage. The problem is a very lean roster, and it's a roster based on somewhat familiar characters and actors from horror, mythology, such as Quasimodo, Frankenstein's monster Adam, Dracula (ie Vladislav III), Radegonda, etc.

The characters are wild, from the worse to those who can fly, some can move as they sink, they recover better from the blow, etc. Certainly, it gives the possibility and diversity to all who want to get to know their weaknesses and disadvantages through battles, but I personally remain extremely impressed by their insight and simple design. What is strange again is that the design was done by Gonzalo Ordonez Arias called Genzoman, who comes from the design of some of the likes of Double Dragon: Neon, Ultra Street Fighter IV and Hearthstone. What has taught me so far is that Zafkiel is by far the best start, and there are moves that are easy to perform, quick and easy to manage, while Imhotep is by far the most interesting figure, both in design and gameplay. His ability to detach the torso and become bigger and attack the style of Dhalsi from the Street Fighter will make him a far-fetched character in the game. 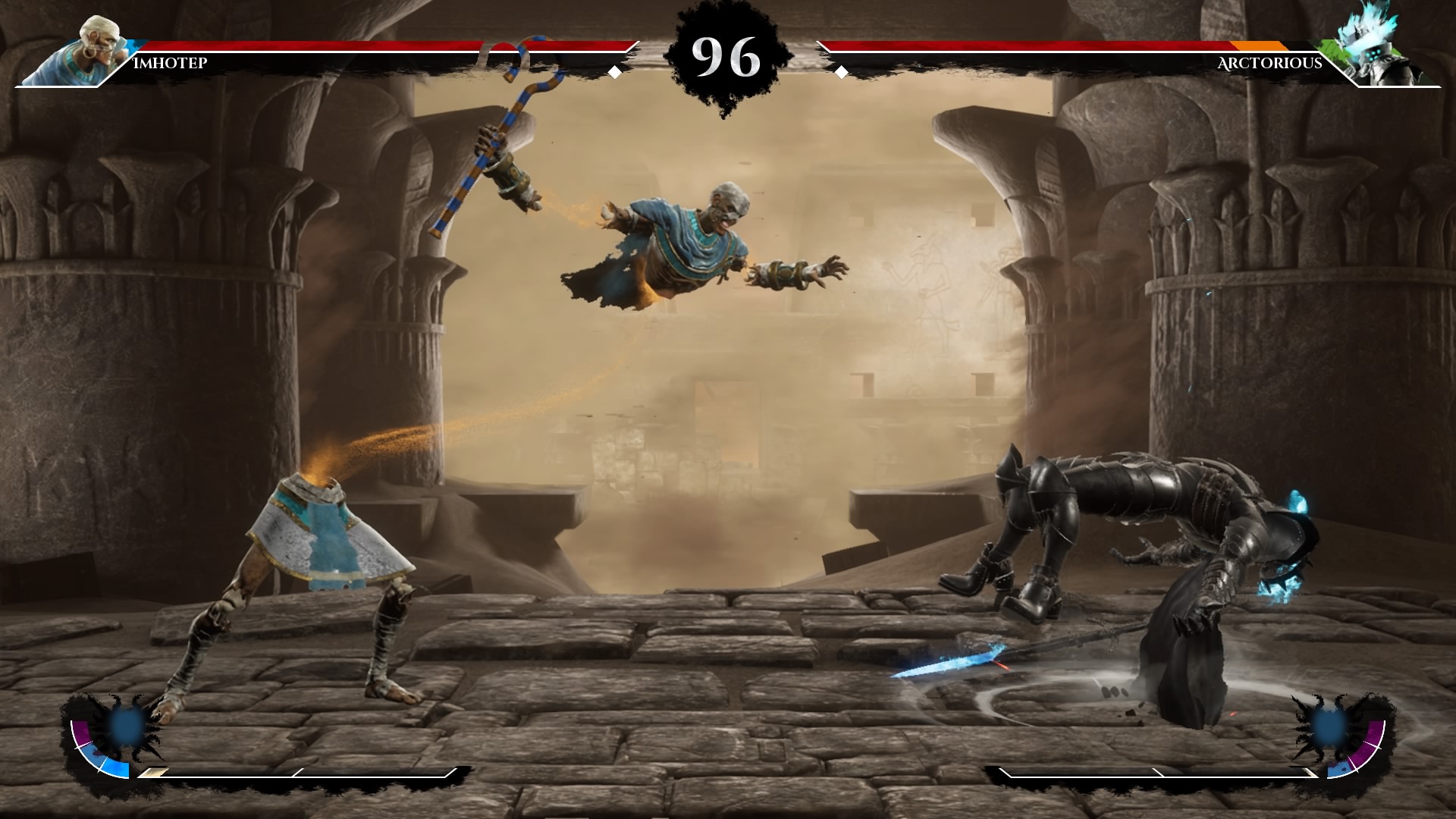 Omen of Sorrow is certainly one of the games that will enrich the offer of fighting games this year. But the question is how much the devotees will gain by the time they exist. There is a special style and atmosphere, even an interesting approach to the Arcade mode with visuals and the principle of the map (which, of course, goes linear, but it does not matter), some of the characters are recognizable from folklore and other media, gameplay mechanics is quite solid (if nothing else) but the whole product gives the impression of unnecessary modesty and incompleteness. She even reminded me sometimes of Thrill Kill, a forbidden fighting game from the PlayStation One era whose pirated, untested copy could play.

But it did not remind me of the battles with 4 characters indoors, grotesques, violence and blood, but the fact that it was an unfinished game that lacked animation, some sound effects, characters, music and content. Hoping that the game will still be able to justify the costs, create a fan base and earn something, we can warn that further efforts of this developer team are being followed and a possible continuation that should raise things to a much higher level. 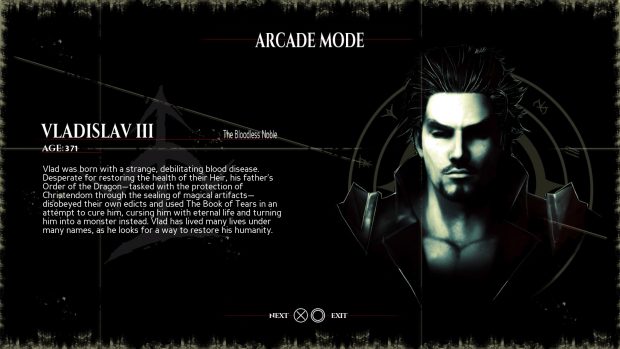 This will remain as a title that will only be of interest to the fierce fans of the genre, ready to embark on a new game. It's a pity that this enticing will cost a lot, even too much, since the game costs as much as the new Soul Calibur, which is also an unwise and carefree move.

Rate this article Review of the game: Omen of Sorrow