Rate this article "Review of the game: Lethal League Blaze"

Lethal League Blaze is a fast, arcade game of competitive character, the most fun with two to four players. The game successfully connects ideas from a number of other multiplayer titles of a similar nature. The goal is to keep track of and hit the baseball ball, and use different tactics to hit your opponents, where players can play separately for each other or grouped into teams. With offline and online multiplayer, Blaze also has several limited single player modes.

Interesting is the fact that the original Lethal League actually came up as a free flash game for Internet browsers. It was a prototype in which you had a simple task: to hit a baseball ball from various positions and at various angles, which is accelerating every next hit, so that at one point it surprises an opponent and lays it with a ball before he arrives to defend himself. This prototype was a very simple, but surprising gameplay, that the Dutch studio Team Reptile motivated them to move to a somewhat more serious project with this idea.

In August 2014, the Steam version of the first Lethal League appeared, this time as a complete game. The gameplay itself in it was carefully updated, but the basic concept and task from the prototype remained the same: hit an opponent and do not let him hit you. In doing so, you must master the timing with an indicator that determines when the ball will continue to move, or when the so-called " hit-lag. The Steam version also added new moves such as a bunny (a slight slap for rejecting and tapping the ball) and pairing during hit-lag with its own impact, and special strokes different for each character of the modest roster. 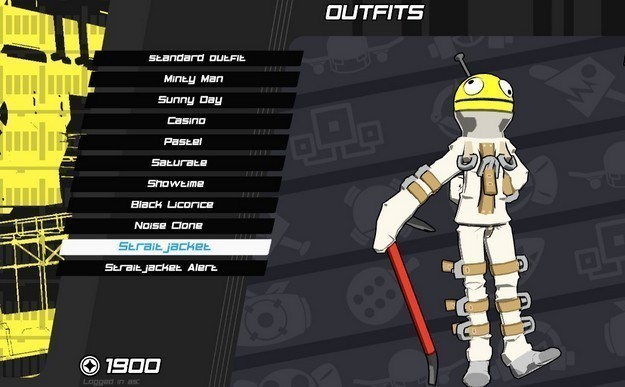 All these mechanics are also present hereafter called Lethal League Blaze, which is out on Steam, and next year it should also come to consoles. Team Reptile decided to dismiss two-dimensional background levels and 2D character models. This time the graphics are in 3D, with gameplay and movement remaining 2D. The best example for comparison would be the Guilty Gear Xrd, in which the graphic style is so nicely decorated that you will often think of watching some kind of anime. Perhaps somewhat less spectacular, but certainly similar, we have in LL Blaze because you will often have the feeling that this is a beautifully animated interactive movie, forgetting that all the level structures are actually in 3D.

The characters are also three-dimensional, and as such in relation to LL1 they have much more complex and better-quality animations that successfully illustrate the character of each character. Levels represent redesigned versions of the arena from the first game, adding a number of details to make them look even more vibrant, which includes chaotic transformations of levels that occur when the ball reaches higher speeds.

Each arena has its own ambience and atmosphere; they differ in each other's way, but they never seem overwhelmed and never bother in the sense that you will find yourself in the level of a color palette in a situation that you can not figure out what is actually happening on the screen. Everything is full of charm and the game does not hide that it is one of the fundamental inspirations, at least when it comes to visual style and presentation, Segin cult classic - Jet Set Radio. 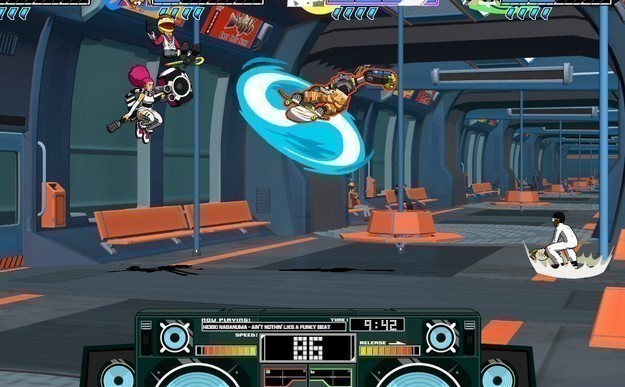 As far as sound is concerned, I believe that many players will agree that the soundtrack is better than its predecessor. Each level has a corresponding song (or two), and among the lesser known DJs who signed the soundtrack of the first Lethal League, some of the famous names such as Frank Klepacki (Command & Conquer series) and Hideki Naganum (Jet) Set Radio Series).

If you happen to be among the few players who have had the opportunity to play the first LL, you might be displeased with the fact that the cast votes for characters in the role of returnees - Raptor, Candyman, Latch, Switch, Sonata and Dice - are identical and fully downloaded from the predecessor. The new characters are equal to the number of comments and exclamations with veterans from LL1. Sound effects are easily recognizable in those split seconds when you expect a quick reaction, and when looking for any visual, but also an audit trail to help you react quickly and take advantage of the best option that your character has in a given situation.

The above-mentioned returnees, along with a fully playful and balanced boss from the Doombox unit, joined three completely new characters - Jet, Grid and Nitro. When playing in a network multiplayer, most players will notice that Jet-agile inline skateboarders with a jet pack on the back are the most popular among the new characters. Also, Jet's look and style suggests the deliberate similarities of Lethal League with the Jet Set Radio series. 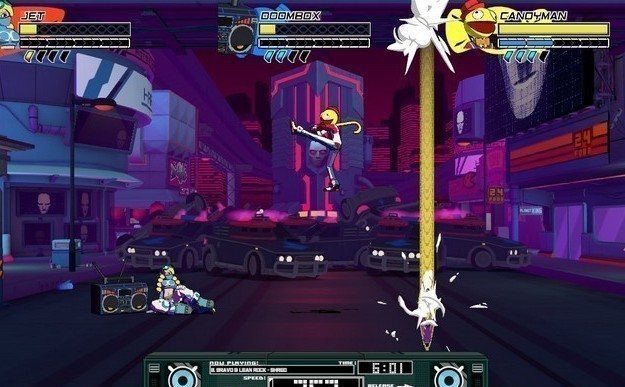 Although Team Reptile announces additional content and new playful characters, the current roster is quite interesting and is twice as big as the initial roster that was welcomed in LL1. Each character has a somewhat referential reference to many people from pop culture and other games, so the new character Nitro resembles Captain Falcona but at the same time Sylvester Stallone as Judge Dredd, while Grid acts as a mix of several Marvel and DC characters.

Of course, every fighter has his own style of fighting - important factors that make the difference between the characters themselves, such as the speed of movement, the height of the jumps, and the different angles for each of the strokes. Skateboard Robot Switch can be re-routed across walls and ceilings, but this time, due to the fact that (almost) each character has the possibility of a double jump, this ability is even more useful and more dangerous to opponents.

The unofficial Mascot of the Lethal League series, Candyman, got a new capability, passing through the walls, which now advanced players can combine with Candyman's special attack. As far as Candyman's original 5 adversaries from LL1 are concerned, their special shots have also returned, so the cyborg-crocodile Latch can still swallow and then drop the ball at some unpredictable angle, and the ping pong guru Dice has a true table tennis and a sleeve that can to catch the ball through its opponent, which can then be bounced directly into their back. The new Fighter Grid can use a teleport in various directions, up to two times when activating a special shot, which from a defensive player requires a good knowledge of any variation of this exceptionally strong special attack. 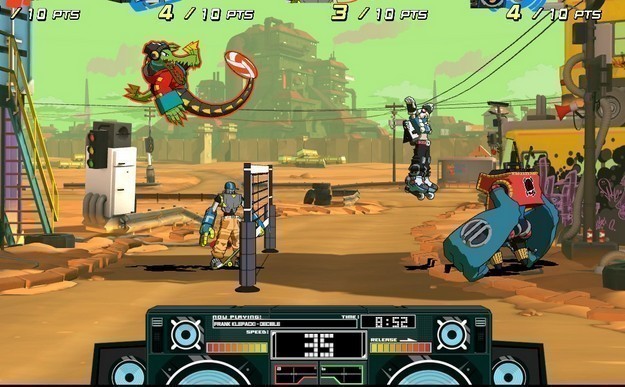 The game itself is characterized by a rather impressive visual style, and the original concept that combines ideas from various arcade games has already been very funny in the predecessor and is now further refined, resulting in even more playfulness. There were no quick knockouts at the beginning of the fight caused by just one blow, because now each character has the energy that is emptied by every unattended ball. The speed of the ball is greater, the affected player loses more energy. When the ball gets a higher speed, then each stroke results in a knockback regardless of the amount of remaining energy displayed on the screen, which then starts flashing in order for the game to make it clear that any future unarmed ball is also fatal.


By completing matches in all game modes you get a currency called "sparks", which you can then use to unlock additional characters, color palette, arena, mods, and some new costume for returnee fighters. Additional modes are Lethal Volley - Lethal League interpretation of volleyball which is not necessarily on the sand, and Strikers aiming to hit the opponent's target and defend their own. Strikers are played while one of the players does not reach the given number of points, i.e. hits. The game allows grouping teams for all available modes, but are still the most fun classic Free For All and 1: 1, and 2: 2 teams when you find a common language and match tactics with your partner. 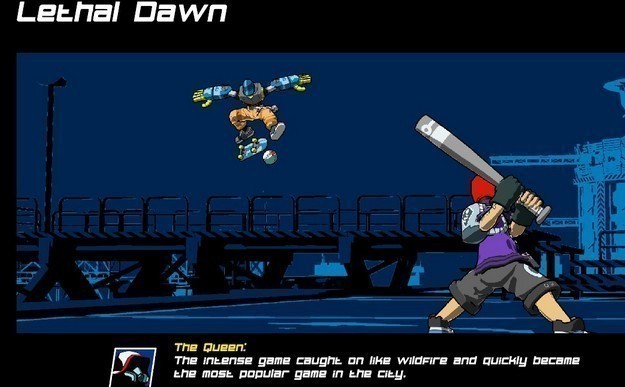 The game contains a relatively simple Arcade mode, which is much longer this time than in LL1 for a larger roster, Story mod accompanied by illustrations and texts that explain some of the events and characters in the LL world, and for the time being a simple Training mod. It is a shame that training does not have the option of selecting a special hit immediately available, which would make it easier to try and perfect various traps that contain special moves.

The online component allows Quick game to find you the closest opponents with a good connection, Host game where you can create your own lobby and invite other players, in case you can choose one of the additional modes or if necessary modify the rules. There is also a Ranked mode with a special top rank on which you can follow your own ranking, and rank your friends. For now, Ranked can only play solo in the matches 1: 1, and it would be desirable to see 2: 2 Ranked, if developers decide to include such a mode with one of the updates in the future. Netcode and the smoothness of all online matches in Lethal League Blaze are significantly better than their predecessors, despite the fact that the sequel no longer uses the praised GGPO technology everywhere. 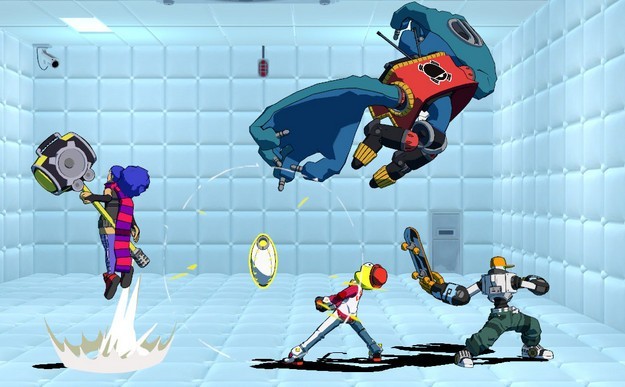 Lethal League Blaze is complemented by everything that missed the original, and now has the opportunity with a fuller content and better presentation to reach a significantly larger number of players who will provide tremendous fun with harsh situations to provide tens of hours of unforgettable napping. We hope that the announced console ports will be equally fluid, with the same quality online component.

Rate this article Review of the game: Lethal League Blaze