Rate this article "Review of the game: Detective Gallo"

Review of the game: Detective Gallo

When it's impossible for you to explore the history of the game, where it first appeared and why it appears now and on the most popular console, then you know that the game is part of the obscure circle. But there is no reason for that to be. Detective Gallo was obviously a big big point'n'click hit on Steam that shy developers from Footprints Studios dared to take a trip to a lovely detective and to consoles. And, I'm certainly glad about that.

Somehow, the more we complain that we do not have new good point'n' click adventures, we are getting more and more. At least as far as this summer, when the consoles "attacked" the various titles that went out over the last few years and which enabled all fans of the genre a much better gaming summer. Detective Gallo can certainly be found on this list, since it brings everything from a classic point'n' click adventure we can ask - a mystery, combining it with ridiculous, impossible, yet logical ways, humor and visions.
As every high-quality point'n' click game has to have a cute (or interesting) protagonist, so is Detective Gallo, a rooster in a classic balloon, with a weapon that solves the mystery of killed plants in his city. 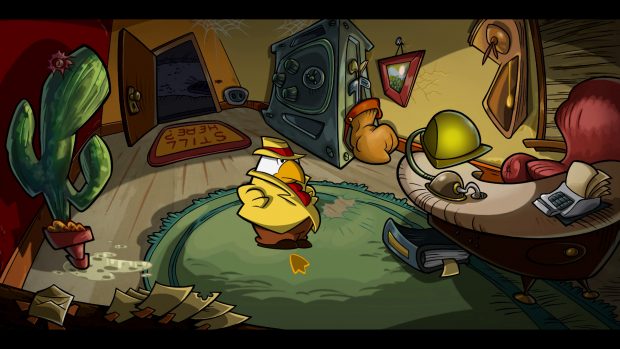 The combination of his cynicism, squalidiness, and intelligence in dealing with situations strange as well as the case itself is something that will safely keep you in the game. When we add the noir atmosphere and the brilliant jazz soundtrack, we see how Gallo fits the whole premise and style of the game that the developers tried to convey here, despite the absence of black and white locations or violent parts. The beautiful hommage genre noir adventure here is tempered by humor, animals that speak and strange riddles that are solved (in most cases) at the most standard point 'n'click way. It is a pity that the jazz soundtrack is repeating after a while and that the subtitles for various interesting dialogs are often overwhelmed and, if the same colorful background is covered in certain locations, it is practically unreadable. 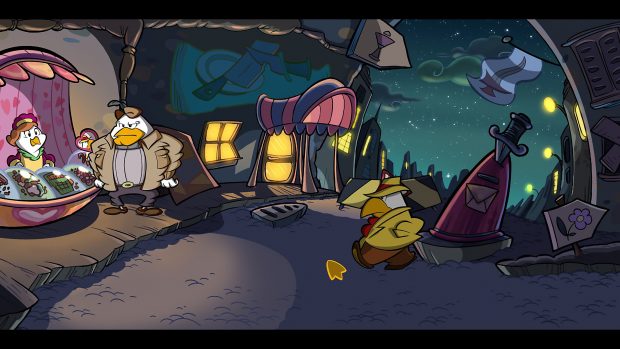 A very good thing about the game is the way in which the game introduces you into the basic controller, it's easy and patient, it shows that combining them is possible, and the menu item with the items you've collected is transparent and clear at the top of the screen. What makes some puzzles more difficult is simply that items to solve them are impossible to find. Every location needs to be carefully examined, and even something like a mouse hole in the corner of the screen where, without any logic, there is an item you need to complete the previous goal. Talking with suspects, witnesses, as well as a case-builder who has a lot of problems with Gallo, and plays with you, often gives you a choice of questions that you can (and do not have to) all, and often some sort of solution will be hidden in those conversations.

In short, everything you expect from the point 'n' click adventure is there, only with some riddles it remains overwhelming to wonder why the item is in a location and how we could even conclude that "this and that" thing fits into solving a particular problem. Also, there are parts of the game that are resolved in a way that is not originally expected, or more precisely when you are required to make a certain mixing of the two games at a limited time (or pull a pistol when the other person does not look in your direction) in order to solved that part. Such a gaming segment in this genre has never been too expensive, and it additionally complicates a very clear concept of solving riddles and otherwise clear and good control, but what is - there it is. 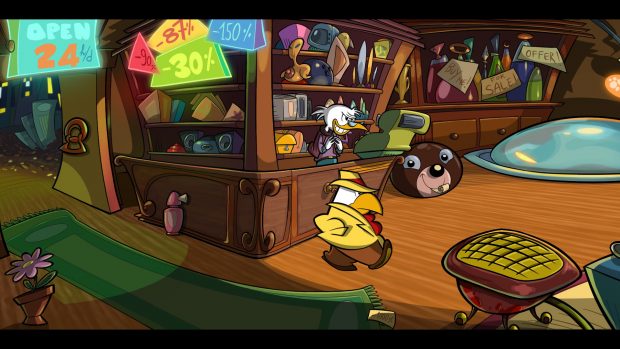 Detective Gallo does not bring anything controversial, the game is not violent, it's atmospheric, the graphics are nice and the "cartoon" design has its magic (but without too much detail and top-level scenes), and ultimately brings standard and quality experience for all fans of the genre. It's a shame that the game is quite short, as much as some riddles are challenging to you, because in only three hours you will complete it (of course, with some puzzles it can take longer and can stretch, but again, we are talking about an optimal estimate). Whether new sequences (or episodes) are planned, is not yet known, but if you are fans of the genre, be sure to try the hostility of this cute adventure.

Rate this article Review of the game: Detective Gallo