Rate this article "Review of the game: Candle – The Power of the Flame"

Review of the game: Candle – The Power of the Flame

A modest Spanish studio brings us an equally modest 2D adventure that hides a great potential in itself. This was also noticed by many players and players who took part in financing the game at Kickstarter. The game was in the end of 2016 and came out as part of Stream Greenlight, and this summer finally came to the console, giving the opportunity to others to taste an interesting "mix" of platformers and point on click adventures and extremely unique visual presentations.

What is the greatest power (or more specific feature of the game) is the visual presentation. Powered by the Unity 4 engine, the game brings an interesting look to the characters and locations that are completely hand-drawn. Every step you make, every new location, does not stop delighting with this look, details on characters, animals and the complete environment, and almost perfect combination of color throughout the game. For adventures, especially those that are a mixture of graphic adventure, platformer and point on click, such things are very valuable and important aspect of the complete experience. But this is not the only thing that you need to be all worth remembering and your separate time.

The story of the game itself, which should drive players for longer playing and striving to solve all the problems that you encounter, comes down here on the adventures of Teko, a young member of one of the tribes living in an unknown location and trying to save their friends after the attack of one the other tribe and by the way solve the various other problems they encounter. One somewhat classic story here is "spiced up" by the visual appearance of young Teko and all the other characters he encounters. From enemies from another tribe to friends and animals and plants you encounter along the way, they all have a pretty vibrant and interesting style that, as it does with such a design, is not something that everyone will be thrilled about, nor will it be clear to anyone and what play. As for the further start-ups of the event in the story, do not expect some excessive shocks or even dialogues that should be too revealing or smiling, because most of the narration takes over the narrator of the game, and so often explains things that happen in individual moments (as it warns the swarm of bees will start to chase you because you have approached them) or will interpret the dialogue that takes place between characters in their language (and you see it primarily graphically, through comic clouds). 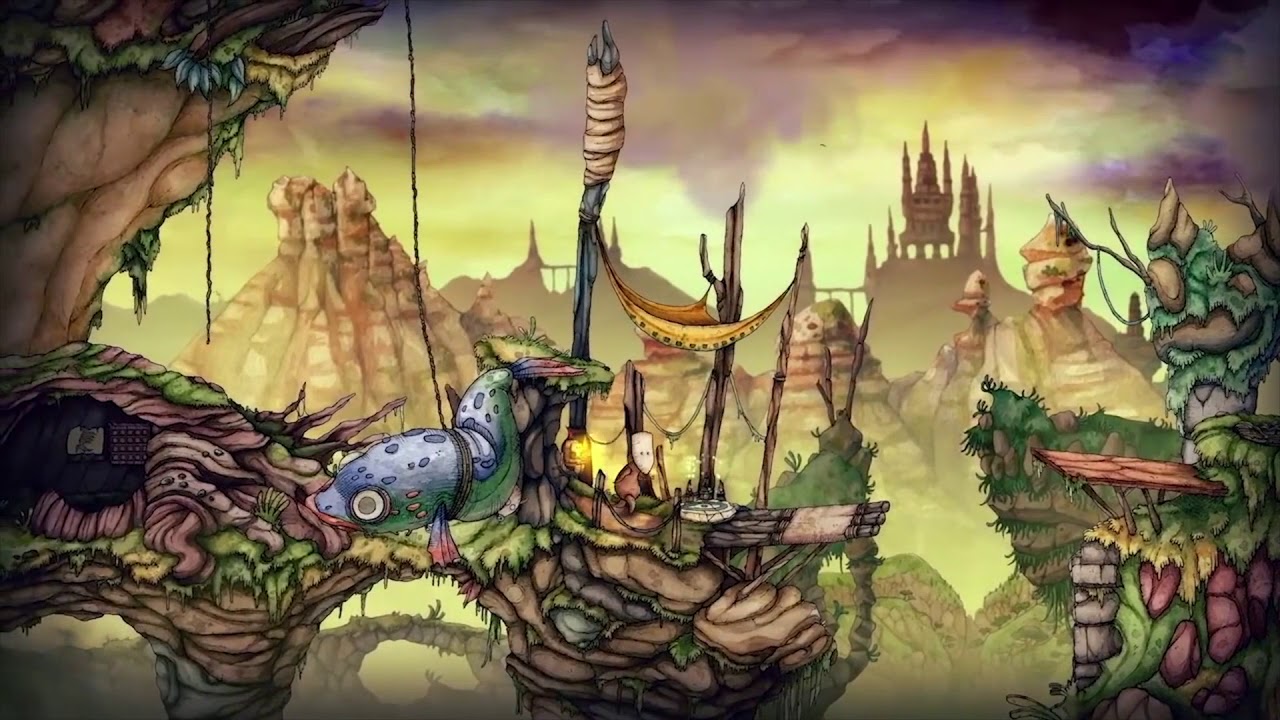 The gameplay itself is based on your movement with the main character of the story, with which you will encounter various dangers, members of the rival tribe, and various friends, shamans to help you and to help you. The most important weapon with which you are traveling most of the time is the flame, which in various places you can pick up and transfer to yourself, and thus light up various candles, totems, scare certain enemies, in short, to progress through the game. Since the game is excellent in detail, the fire (which you need to solve certain puzzles and obstacles) will have a big threat (and therefore a problem) in locations where rain is dropping or leaking, in general, anything that your flame can do extinguish. To understand that the game is so cautious about these things and that it's all part of the problem and solution, it will take some time. Especially because the game visually often does not leave "clues" about what is interactive, from the board you can jump to jump to specific weapons that you can use. This leads to situations in which with each new platform and areas you come with Teku, you start jumping all over and over, and you are trying to push everything that looks like it can be pushed. Except for that, why the reason is primarily manually drawn a complete game that can not otherwise solve these situations (except explicitly by lighting, which would be bad), the game brings a lot of platform situations that may be the biggest weakness of the game. 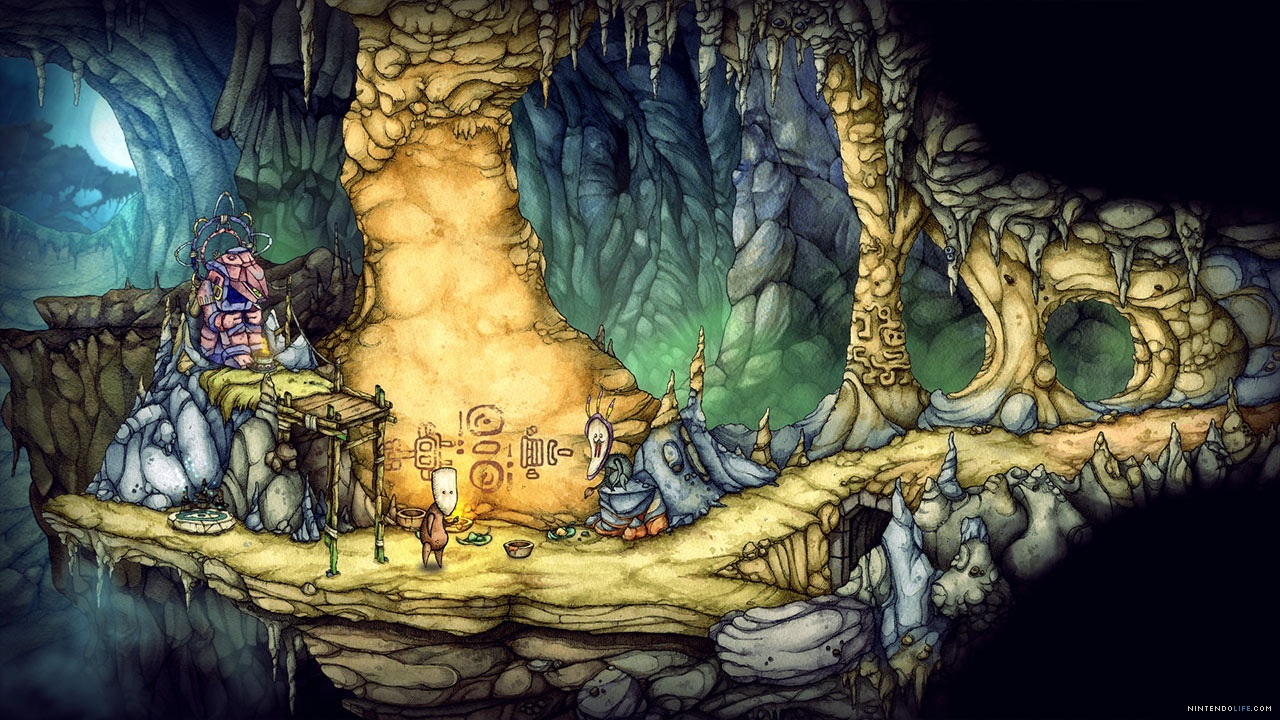 Walking, running and jumping happens as you expected, the game does not respond to your commands on time, and it's often very difficult to evaluate the easiest jumps on the platform, which causes a lot of frustration. The aspect of the game that most resembles point on click adventures is obtained with the inventory and items that you collect and then use to solve tasks, and this is done quite a lot, without the possibility of "mixing" certain of the themes in the inventory, which most often serve primarily " unlocking "certain locations in the game or collecting something you need to take somewhere else. The rhythm that follows you in the platform part of the game resembles Abe's Oddysee and sometimes also on the legendary Tomba!, a series that is still more platformer than Candle, but by combining all these elements makes a special experience in this modest, and at times a big title. 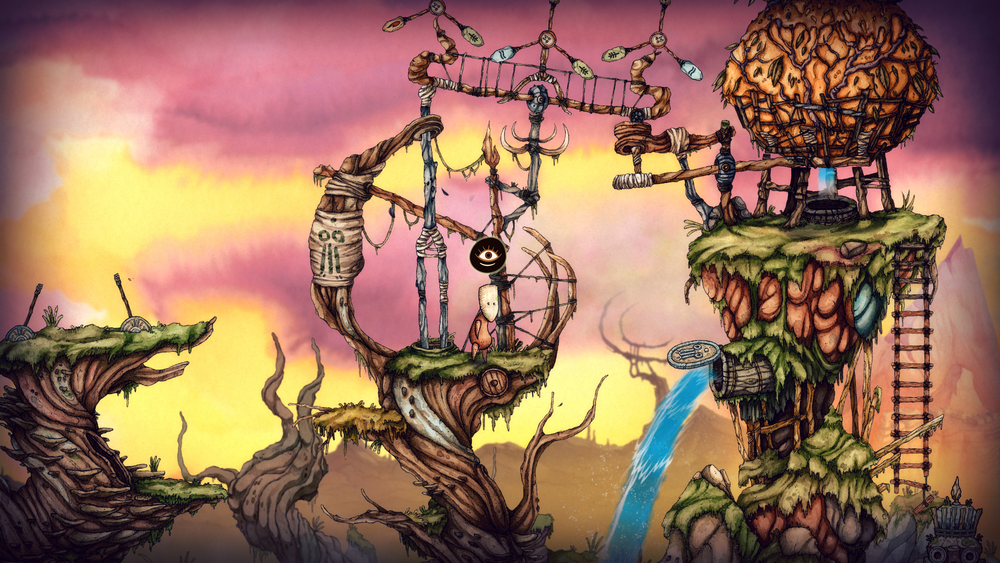 Candle - The Power of the Flame will provide a nice experience that is a combination of the mentioned games, pushing hard own style, but also mistakes, presenting with cartoon visuals from which can sometimes stop breathing. At the same time, these visuals are an additional challenge in resolving what matters to you at a particular location, and what not, and provide an additional (though sometimes tedious) challenge that will, once you perceive it as a "minus" soon become perhaps the most emotional and the most innovative aspect these adventures. The game will give you a lot of frustration and satisfaction after the passage of certain riddles that caused these frustrations, a little laugh, and an extremely interesting experience that, if you like challenges, something new in adventure should not be missed, or at least try.

Rate this article Review of the game: Candle – The Power of the Flame

no this game is not good and this article is good

It's a strange looking game.

Nice down. good one.

Well done with the article!

this is also a good article. uwu

it's a nice one, just kinda confusing with the structure; you only titled the Gameplay part. anyhow, good job!