When we talk about the series of racing games "Forza" from Microsoft, we are talking about the "queen" of the ring at the present time in the absence of good racing games, both in simulation games or arcade games more and the amazing here that the series of Forza games are better in both cases, The original games Forza Motorsport, which specializes in simulation games or talk about the series of Forza Horizon games, which specializes in playing outside the roads and the open world with the dimension of reality and today we review the fourth part of this series after long hours to see if this game is the best game of Spa S this year, or more of the same thing. 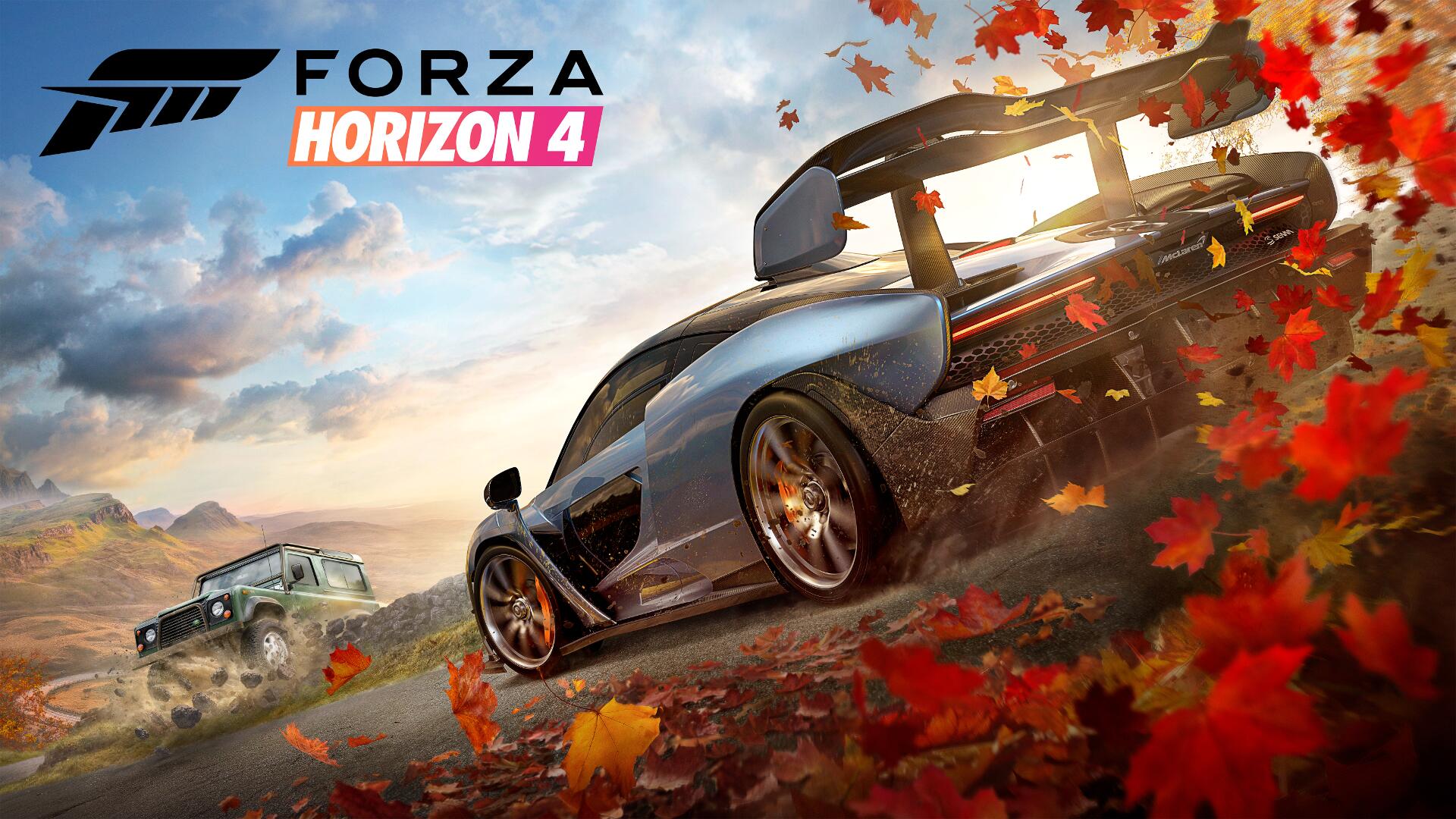 We are talking about the graphics in this game. The Forza series of various names is an example of the best graphical quality that can be seen on the home appliances platforms of this generation. It is sad that I personally did not experience the 4K experience. I do not have an Xbox One X but if I watch it on Xbox One It is enough to flash that this game at the graphical level presents itself with all the power and excellence in it, the effect of changing the weather between the seasons and the designs of vehicles and different roads and all this action, which we see on the screen without any slowdown even with the operation of all network options is very amazing, This game can be described  "Awesome" as it offers, as well as the level of sound and the sounds of vehicles, where the development team very development of this area and provides us one of the best games of this generation in its field.

Let's talk about the style of play. Well, who has tried the Forza Horizon series before, knows exactly what is happening here, a racing game that focuses on tasks, challenges and network options against the rest of the players. The player here can play the game completely without connecting to the network in the face of artificial intelligence. Activating the network's characteristics so that everyone who competes with you in the race is a real player and also provides the option of challenges with players in races in missions and other things. The game offers a great diversity in terms of content, whether in the role of the task or in the stages of challenges and many options offered by the game here to make Mecca To the words "repetition" where a warplane is confronted once or a challenge in the world of the Helo series or encounter an amphibious vehicle and other distinctive options that will make you excited with each new mission. 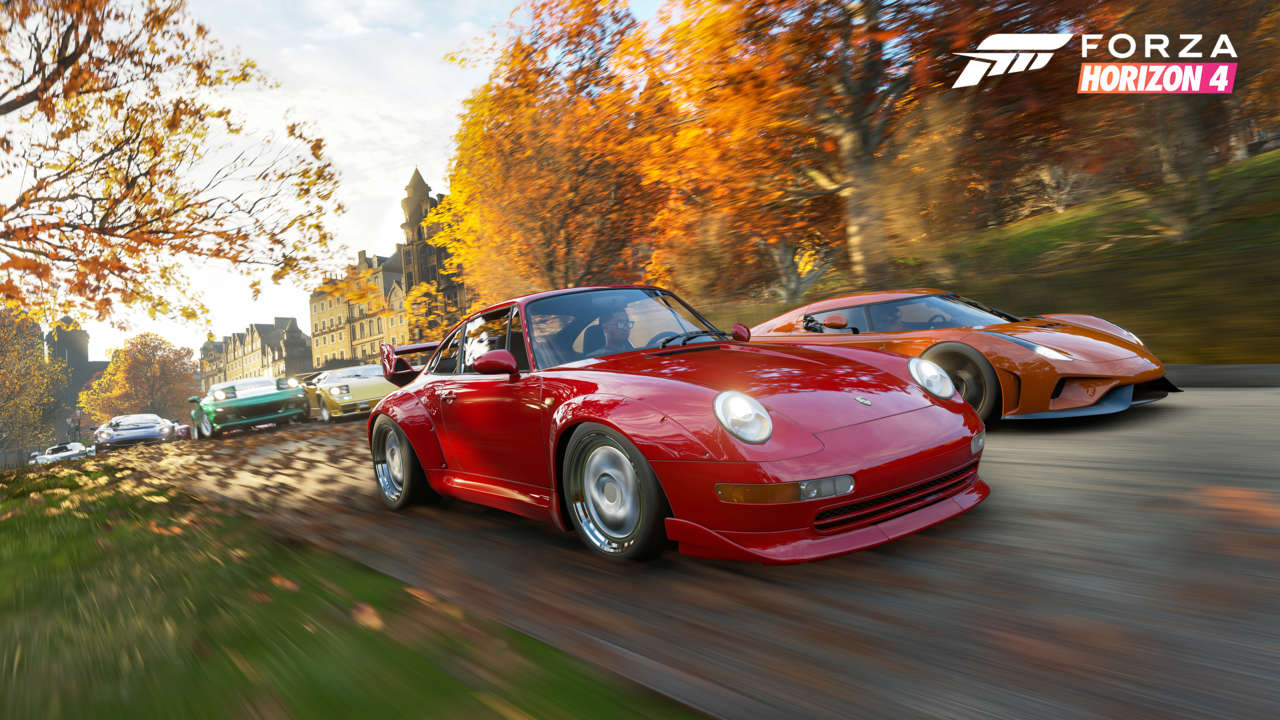 This is definitely beside the familiarity of "skiing"The completion of tasks in time and other things usual in this series and the strength of this game is the content is very large with almost endless choices of vehicles and companies famous in the field of cars," the absence of some of them, such as Toyota "and also other side options that players can get all Points through the acquisition of new dances of the personality that has become a lot of this part before and after races and other things that do not add much of the game but it is available for fans of assembly and wants to get everything with this game.

The main change in the new part is the "seasons." We play in Britain this time and there we feel all the fluctuations of the weather with each new chapter of the year and note that inside the game we see the same way in the four seasons and different effects every time but the reflection on the game itself is not big away from Winter, which becomes more difficult because of the snow-covered floor, which makes it difficult to control and you have to prepare more for it may be the least fun part of the game, except that does not provide the main idea of the game a lot this time and personally I was the best game in the past and the atmosphere of Austral  in terms of biodiversity.

As usual we will have to choose the best vehicle to fit the nature of the next race and here we get a very wonderful variety of tasks between the mountains and snow and narrow roads in the center of the city and other parts of the UK and the development team was able to creatively great to provide us with a mix and distinguished between the completion of missions and vehicles And the options to make the game fun with all its options, will spend long hours really to get everything in this game and watch all stages of the game and the way to connect the open world in various seasons of the year has been much more than the team itself and personally very excited to know the Messenger For the next of this series with "Microsoft " a new and different place where events take place.. 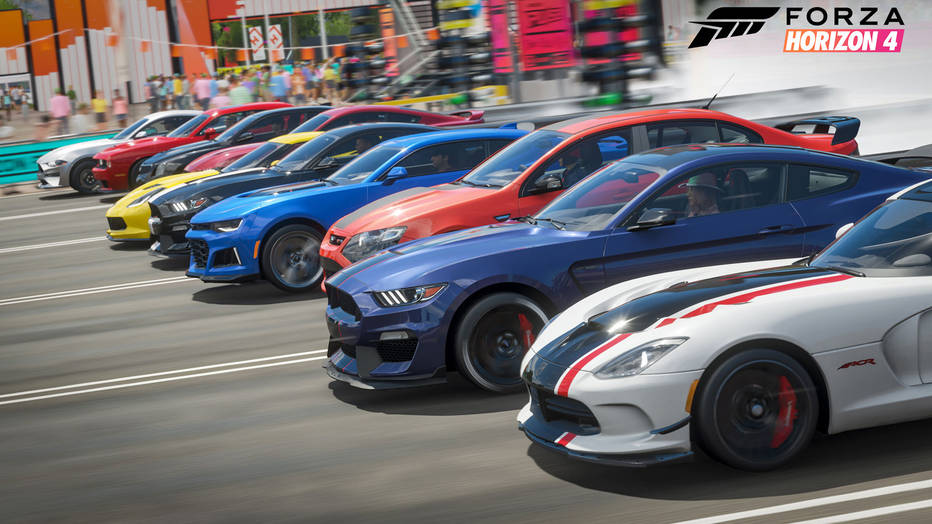 Forza Horizon 4 is very successful with all its features. You can play this game without connecting to the network and get a great deal of pleasure. But when you connect to the network, things get better with a live world and a great interaction of players, which makes this game very valuable. A great way to play makes us believe sometimes that the pictures we see from the same game, may be this game is the last of this series on the Xbox One before moving to the next generation and your free is the end of the game with a lot and much in the classification of games is no longer with him Lots of diversity.

the best game ever pkkayed in my life ma men

I have GTX 1060 and the graphics are like reality!

amazing article! just some feedback: add some blank lines before and after a picture so it doesn't look all crammed!

YES YES YES! Finally an article about FH4. Love the game and this article. Approved!