Rate this article "Review of the game: Call of Cthulhu"

Review of the game: Call of Cthulhu

The Call of Cthulhu Research RPG is packed in a psychological horror pervading stealth mechanics whose dark and abrasive ambience honors Lovecraft's work and universe. It is exclusively about the singleplayer experience of the semi-open world, which can last 12-15 hours.
In 1926, from the darkened mind of the great author of horror, H. P. Lovecraft, produced the legendary story of Call Cthulhua, who is responsible for creating an ever-expanding fandom gathered around the so-called Cthulhu myths. Cthulhu myths have become one of the largest common universes ever imagined, generating innumerable stories, novels, movies and even video games since the original work was published creating such a widespread heritage centered on the key to the fear of the human psyche: one of the unknown. Therefore, it's no surprise that Cyanide, in collaboration with Focus Home Interactive, has begun to revive Lovecraft's most valuable story for the gaming community.

The story follows a private investigator and veteran of the Great War, Edward Pierce, who accepts a seemingly banal case of the tragic death of the Hawkins family in a fire on an isolated island of Darkwater. However, when his arrival to the fatal island is accompanied by the hostile behavior of the villagers and by a dubiously filled police report on the unfortunate incident, Edward becomes clear that under the surface of this community hides much more than it seems. 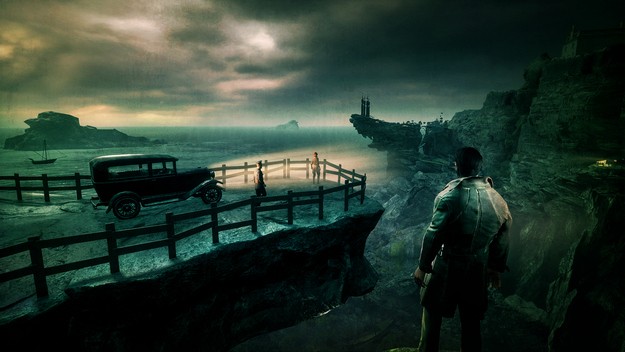 Discovering the secrets behind which the truth is inconceivable to the human mind requires a certain price, which means that the detective's descent into the depths of the world of cosmic horrors, creepy madness and almost forgotten gods will reflect on his already fragile mental state. Namely, the inevitable psychological consequences of the war trauma have taken its toll that Pierce is trying to repay with alcoholism, which makes him more harm than benefit. Every contact with an occult mischievous investigator distorts perception to the extent that the poor man slowly starts to lose himself in the world where he fails to recognize what is reality, and the fruit of his imagination.

In spite of the past of the soldier who served the army during the First World War, but also the current business of a private detective, Edward, the easiest way to say, was a tabula of the race. The player is offered complete freedom to create a personality of the character at his own discretion, which helps him to progress in a certain way. In other words, it's up to you to decide if you want to persuade Pierce to reconstruct the crime scene correctly and error-free, sharpen your eye for details, strengthen your body for unforeseen efforts, learn how to manipulate people or understand their behavior. 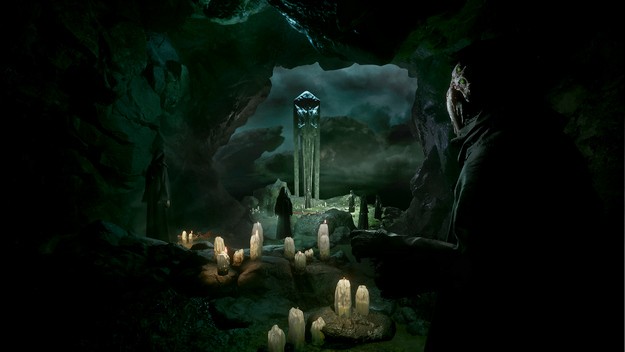 With this in mind, it should be emphasized that you can test some of these attributes without having to master them before, but this mainly brings you into unfavorable situations from which you can not make out anything useful. In addition to the aforementioned skills you develop as you wish, Edward can become a professional in the field of medicine; it is enough to find and read a number of books from this applied natural science, as well as to comprehend the scope of occultism that includes the myths and legends of the Darkwater Island.

Bleeding at scratching the places you pass can be more than boring and weary. However, when the discovery of hidden objects is optional, it gives a better idea of what is happening at this fake site, and in addition, it offers more opportunities when examining witnesses and suspects. Despite the fact that the game boasts a diverse range of choices that should influence the development of your character and, in turn, provide you with personalized gaming experience, the potential of the mentioned is not well-used.

In particular, the decisions you seek to shape Pierce in no way affect the course of events, except for mental health, and ultimately merely reduce to the final decision. Simply put, only part of the decisions that suggest the consequences of leaving significant traces in the psyche of a detective who has the right to choose between a total of four different endings. 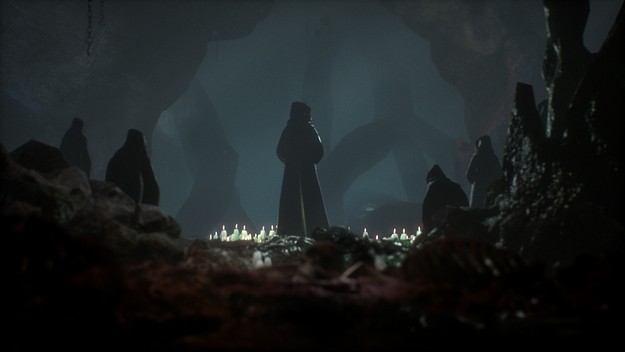 Edward does not otherwise experience any psychological or physical trauma, no matter how many times he is caught in forbidden places, or he returns to life. For this reason, the player does not feel the need for caution, and in times of despair, and sometimes earlier, he is circumventing the instructions to remove as soon as possible from the undesirable situation. For example, in the case of a conflict with a single creature, I would prefer to choose a faster path that brings many deaths with me, but I would spend time dealing with this segment as it plays the command.

Considering the collaborative past of Cyanide and Focus Home, it was clear that this will not be the title that will try to impress us with an audiovisual presentation. Despite the fact that the game is powered by Unreal Engine 4, the same graphic looks obsolete, and the semi-open world with randomly scattered non-interactive objects acts empty. The texture of any objects is delayed by loading, which in itself is quite ugly to see, especially when it relates to inventory items. Animations and facial expressions of characters are stiffened while their gestures are sometimes exaggerated, which looks awkward and embarrassing. Fortunately, from the technical point of view of the game, I did not encounter any bugs on those graphic ones, of which high-pitched titles also suffer. 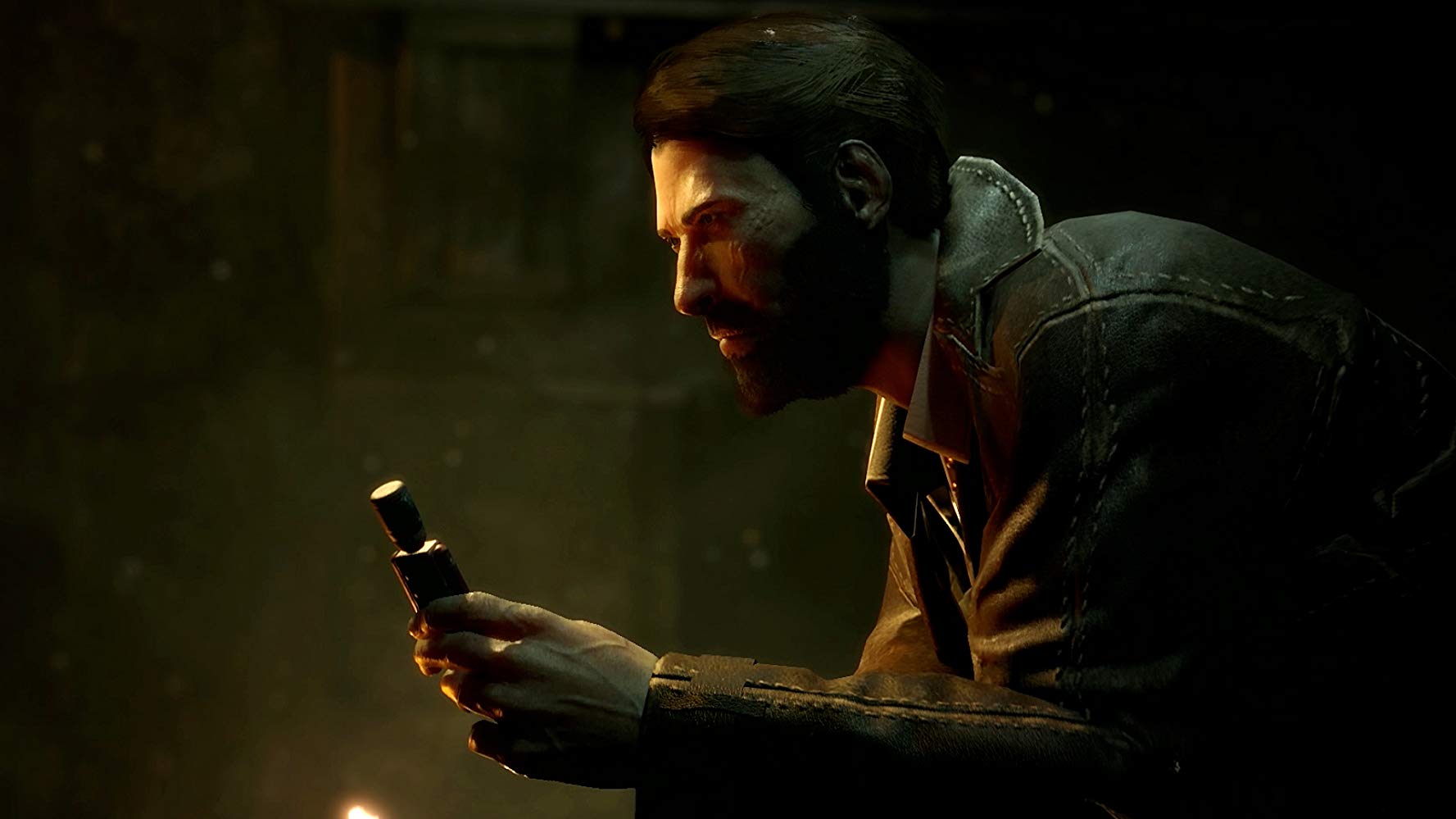 In summary, Call of Cthulhu is merely an average narrative RPG with elements of psychological horror that does not offer anything that we have not seen before. The detective story behind something supernaturally screamed countless times, as earlier games used the design of traumatic experiences that lead to the loss of common sense. Of course, such that we can not consider a huge disagreement, since all great ideas are told in a million different ways, but the problem with this is that it fails to fulfill the potential of a given premise from which an interesting and creepy mystery could easily arise.

Rate this article Review of the game: Call of Cthulhu

Reminds me of metallica

this is realy good