Rate this article "Review of the game: Achtung! Cthulhu Tactics"

Second World War and Cthulhu mythos. We are interested in the beginning, right? We can imagine the theme and occult actions of the Third Reich. It's not the first time we testify to this topic in video games. We got an opportunity to check out how this Auroch Digital studio tells us about Lovecraft's horror in the narrative of the Second World War.

Achtung! Cthulhu Tactics is a digital iteration within a series of Nazi games and the Cthulhu mythos, Achtung! Cthulhu. Namely, five years ago at Kickstarter, the project of the table social games, that is, RPG appeared, which completely missed the required amount and thus paid out various accompanying products (expansions, miniatures, etc.). As one of such accompanying products, this digital form of genuine social games comes to us.

Because Achtung! CT is a decent conversion for the first few hours and missions, as much as you could imagine a single session of the table variant lasting. But, from the video game, you expect constant progress in the form of new variants of opponents, new and different shapes of landscapes and maps, and more diverse missions. None of this is happening between the first hour of the game until the end, which can be between eight and ten hours of playing. 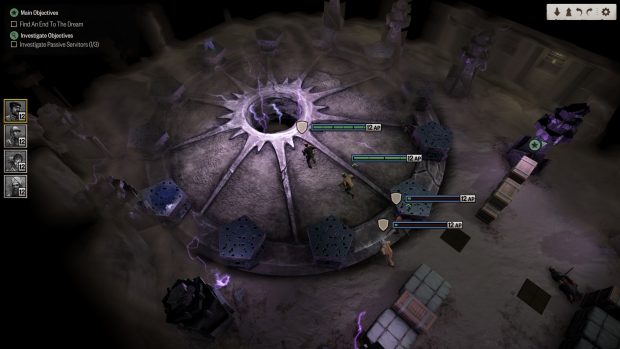 As mentioned, the game was placed during the Second World War with an alternative complication. The third Reich cited its occult units, using the mystical energy that transforms them into beings from the Cthulhu mythos. In response to the activation of supernatural soldiers, the Allies form a special unit in order to obstruct and prevent the spread of Nazi tricks. Also using mystical energy and abilities, a handful of savage characters infiltrated behind enemy lines to explore and sabotage the actions of the Nazis. When I say a handful, I mean the four characters you get at the start and with which you will play to the end. The American "Maverick", a British officer, a swamped Indian and a French operative are characters that lead us through a series of recurring maps and missions. How to have a roster with only four characters is a rather disappointing discovery, because the larger and more varied range of characters and characters would be a good step towards deepening the strategy and tactical mechanics of the game. 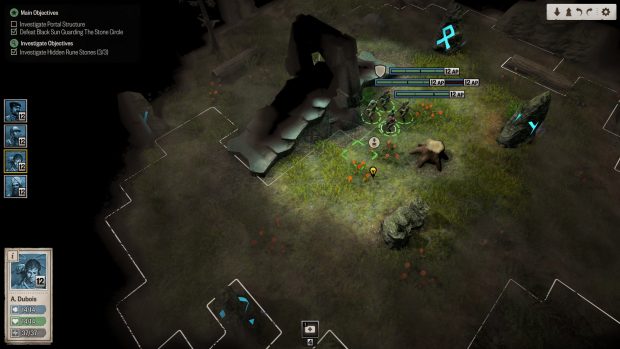 We equip and impersonate the characters in a fairly standard way. The disappointment continues with the weapon options. Combining a very modest arsenal of weapons and their basic upgrades will be interesting in the initial stages of the game, but once you get the right combination (very fast), the worry about equipping will quickly float. Strengthening characters through skils shows interesting ideas and you can clearly see the transfer from the table game. The temptation and combination of diverse magic and abilities is the only element of progress I have enjoyed until the end of the game. Although several missions before the end reached the maximum level of characters and I was not able to crack the skills. Strange decision to keep the progress so far before the end of the game.

As a linear tactical game powered by a story, Achtung! The CT continues to suffer from disappointment. The interesting accommodation of the shop is transfixed into the empty and insignificant guiding of characters through equally empty and imperceptible maps. The first thing that made me cuddle is the inability to lead the characters individually, but they move together outside the fight. Restricting such freedom of movement leads to unfavorable situations in the course of activating the battle and the initial advantage of the enemy. The fight takes place in a standard "pull-out" style. By changing the gesture, one side tries to eliminate the other side as soon as possible. At first, it will not be so much noticeable, but as the game goes on, it's all the more noticeable misery of animations, cameras, sounds and the overall experience of fighting. 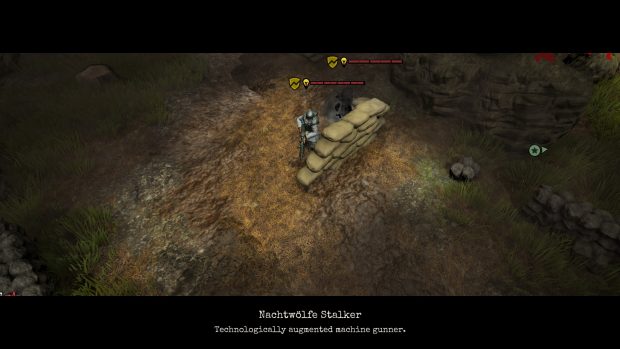 All kinds of opponents will show up in the first few missions and that's it to you. Perhaps the most powerful opponents are huge gelatinous blobs that should be a manifestation from the nightmare, but each encounter with them ended without any effort. By the way, I mention that several endings of the mission are reduced to the defense of the roar of such slow rolling balloons, which is often reduced to searching for them by the map because it would snap into a spawn point.

We follow the story through the main missions that are always accompanied by an optional mission on the side. Optional missions do not differ from the main ones, because the main missions are throwing you into the same environment anyway with the same tasks. A somewhat deeper story is told in the briefings before the mission, but there is a huge exclusion of the immanence between the written text in the briefings and what we do in the missions. There are two missions in which we flee from the nightmare and both missions are so identical that I thought I accidentally loaded the previous mission with the nightmare. 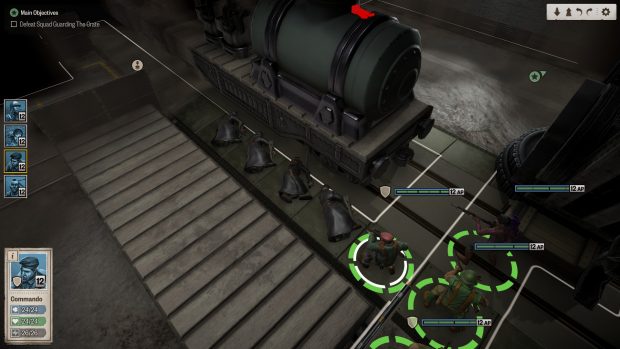 Lack of ideas and creativity are the main objections to this game. This is best reflected in the visual presentation of the game, where it could easily be placed in 2005 titles. The unreadability of the terrain and the movement through the maps additionally complement the column of a monotonous and non-inspired presentation. Playing the game to the end does not require effort, nor does it offer a challenge. In several missions, there will be a huge number of opponents on us, which will seem overly challenging and difficult, but with a touch of patience and with the help of stupid AI, it will prove to be a lightweight job for our brave four. If I'm going to be mean, I'm more intimidated by the disadvantages of this game than Cthulhu himself is. Achtung! Cthulhu Tactics in every way had the potential to be a good tactical title. And in every respect, he failed. The fight is solid and has its moments when you can forget everything else and simply exterminate the Cthulhu Nazi. If your fight is a good reason to expel the game to the end, it's free to climb. But you are warned of the uniformity, and even at certain moments, the facelessness of the title.

Rate this article Review of the game: Achtung! Cthulhu Tactics

Nicely done..i think i am persuaded to play the game..