Rate this article "Review of the game: Assassins Creed: Brotherhood"

It is hard to believe that anyone would be devoted to playing a new sequel to this series without having played the previous two games, or at least the last. Especially because Brotherhood is directly following the story of the predecessor. The lead role is taken over by Ezio Auditore, and everything starts in his villa at the top of Monteriggioni, now under his administration. Soon after the start, the main villain of Cesare Borgia came to the city gate. The story takes place a few years after the events that happened in the previous game and this time does not return us to the beautiful Florence and Venice, but strictly restricts us to Rome.

This limitation is not really a bad thing because Rome is really huge, beautiful and full of details of the things you can do in it. At the same moment, a parallel action takes place which, as the main actor, chose Desmond Miles, a man through whose memories we follow the events of Ezio's life. In short, it's all about discovering the story, and as far as the gameplay itself is concerned, we can say that Ubisoft through the experience gathered in the work of past series of this series, as well as similar games of this genre, came to the right formula for the success of its games. 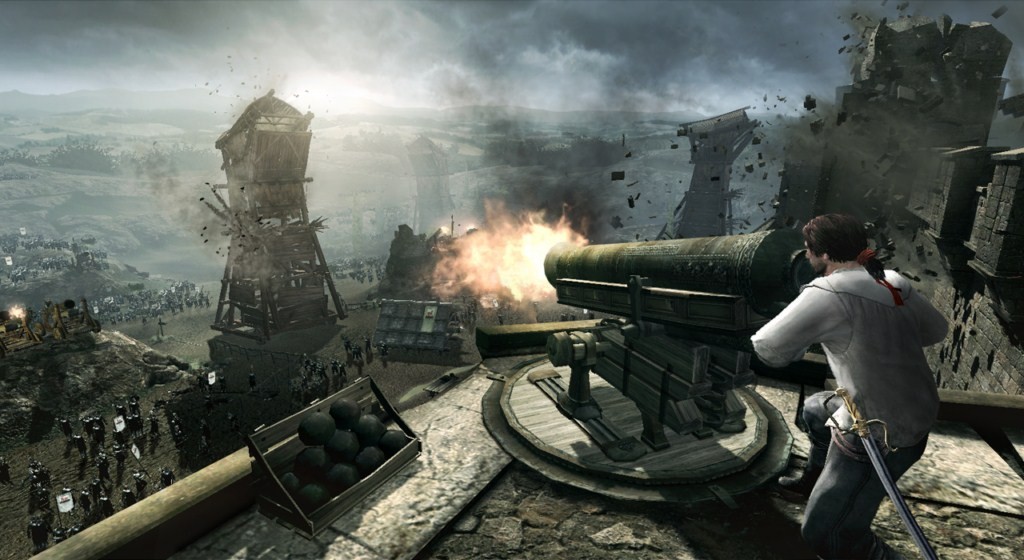 Assassin's Creed: Brotherhood roams with details and novelties in a game that is barely waiting to discover them and show themselves in full light. As we have said earlier, the action takes place several years after the pair, so technology has progressed as well. Ezio will be able to manage various new technological discoveries, such as original guns and rifles, cannons, bombs, and the like. But it must be said that not everything was modernized to the same extent, the game's creators also offered us some weapons that appear to be some older production, which for some reason were in the past games omitted (like a crossbow). All of these are just part of your new arsenal, and chances are you will want to try every detail of new weapons because they are really special and interesting.

The great novelty we expected was riding a horse at any time. Yes, even on the narrow streets of the city, you can invite a faithful friend with a whistle and ride on it to your destination. A new combat system was developed, and although not so important, it is very well designed and effective. The missions are mostly interesting, as are the numerous accompanying quest to crush the tower of Cesar Borgia in order to take power in some part of the city and thus open up new shops and businesses. The tombs that you explored in the second part here are replaced by the hills where your new enemies meet - Romulus followers. 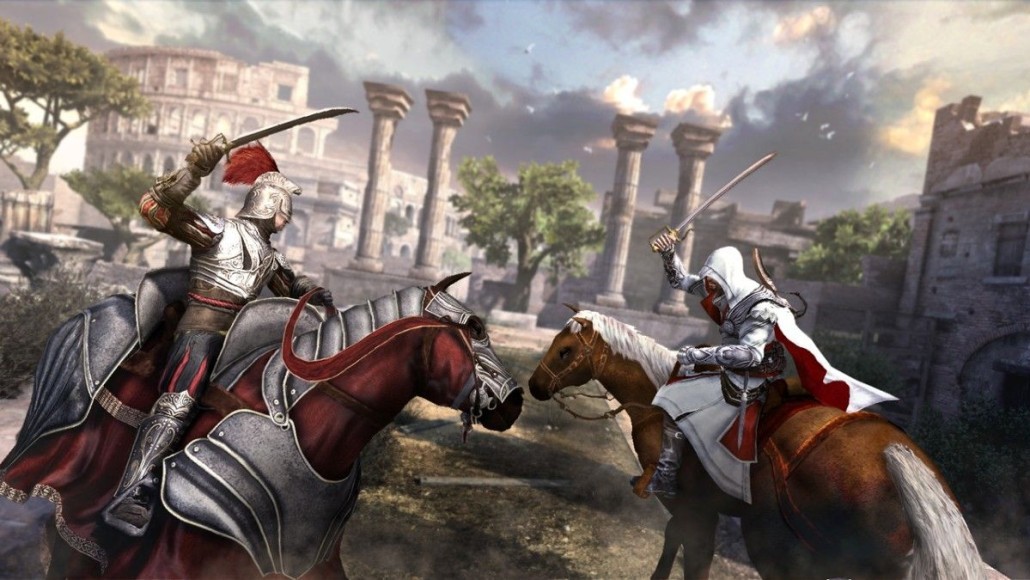 Probably the biggest newspaper in the game is managing your fraction. Namely, the people you save your life will join your faction, and thus become your followers. It's up to you to send them to tasks across Europe. If they do not end up dead, they return to their tasks with a certain amount of spoils, money and experience points. As they grind their levels, you can choose their weapons and clothes to create your dream team. Your followers will not always be on tasks outside the city. You can, for example, invite them to fight or send to kill someone on your behalf or to interfere with guards so that you can go unnoticed. Although the entire system is not perfect and there are still plenty of places for some upgrades, it's nice to see so much progress in the previous game. The fight with the swords has little novelty, but it is still simple, fun and attractive as in the predecessors. I liked that soldiers no longer wait to complete their colleague in order to attack, they are attacking completely randomly and in the greater part that gives the game an additional challenge. With all the listed new features, the Assassin's Creed style game is still very recognizable. Climbing, parkour running and jumping, an attractive and tense battle with a variety of weapons, as well as a stealth part are still kept in large quantities and still provide a very good fun.

Definitely the greatest novelty Brotherhood introduces to the Assassin's Creed series is the multiplayer component. No matter how strange it sounds, because it's about an Assassin's Creed game, the concept itself is really great, but a few things can ruin the experience of eliminating the enemy. First of all, I mean controls that sometimes do not react fast enough. In addition, I am not tempted for matchmaking for beginners, which may be a small problem because players at higher levels certainly have the advantage of unlocked abilities, perks and streaks. But the biggest disadvantage is hidden in a bug that disables your HUD, that is, the only compass remains. A very irritating thing that does not happen often happens, and the only way is a complete exit from the game and re-entry. 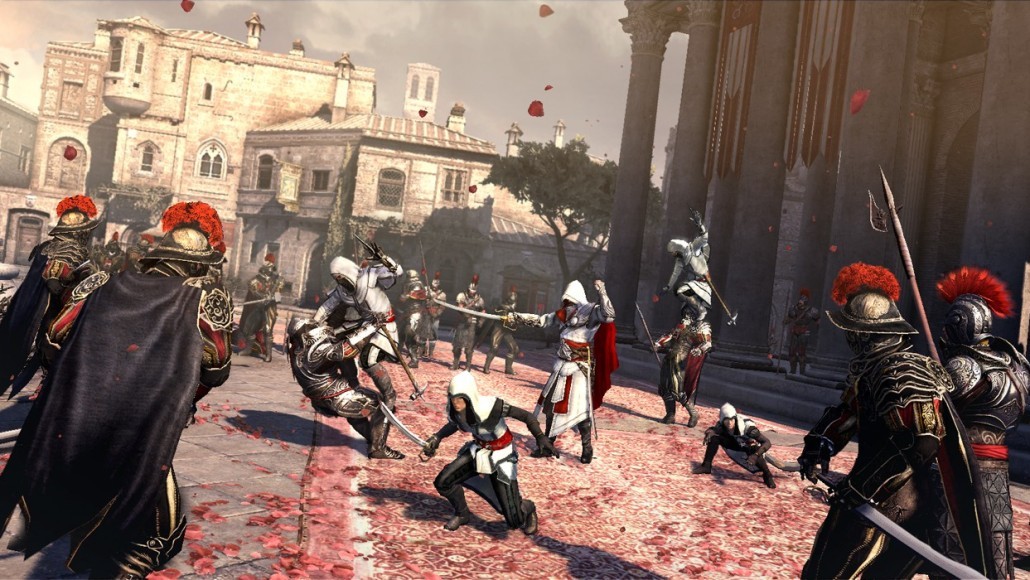 In spite of the aforementioned disadvantages, the performance of multiplayer gameplay is cleverly designed and at a very high level. What's important in the game is not just to kill the enemy but also the way you eliminate it. The same goes for hiding from enemies, because if you just escape it, you will get less points than when you step in with the rifle and sneak it. This is where all the magic of virtual hunt lies on the people that Brotherhood represents, and that is why, and the details that you can read below, this is not just another multiplayer component of some single player games. With multiplayer Brotherhood you will spend hours and hours.

When you start eliminating your opponent in multiplayer, or when you want to avoid it, you must rely heavily on your own sense of judgment. Although a faithful compass will assist you in locating the target, do not expect it to put an arrow above your enemy's head. As you progress, you also open additional features such as changing your skins so that you can easily fit into the mass of NPCs or that your person is copied into several of them, which the opponent can indicate to kill the innocent person who runs the computer.

With defense capabilities, there are those attacks like a hidden pistol or knife. When you get into the game a little bit, you will develop a sense of recognizing the real target or the one who wants to kill you. That's why it's necessary to combine wisely with your game style. And in this field, the game has a perfectly resolved system where you can have several different profiles that you can change when you die. Of course, everything needs to be unlocked, but you will do it with pleasure because the multiplayer is quite fun. 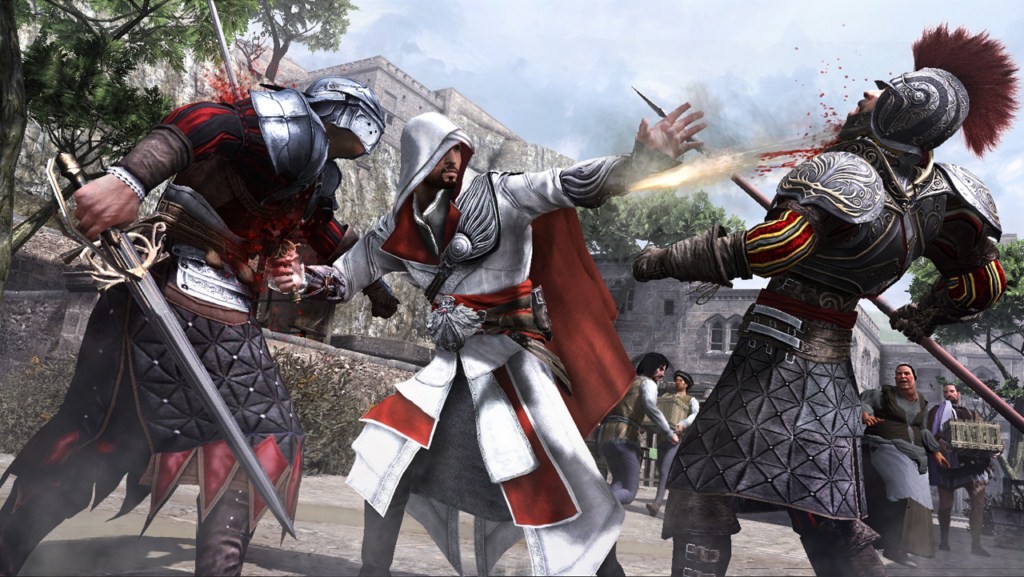 If you are a solo player then you have Wanted, or Advanced Wanted mode, where your goal is to be the first to score. The only difference between these two modes is that in the Advanced mode, the compass does not show whether the enemy is on the heights or not, and although it sounds like a small difference, you would be surprised at how much this height gauge is actually crucial. For lovers of team play, there are: Alliance mod where you have three teams of two players who switch each and every one in the role of killers and those who are targets, and the Manhunt mode where two teams of four people who kill one of the mines while defending the other. There is also a rule of unlocking here, since not all modes are available in ranked matches.

The maps in the multiplayer are also high quality and carefully designed, and there are quite a lot of different maps, so we can not rebel any amount of content. To unlock them all will have a lot of job because the game contains a total of 50 levels to open, and even when you include various tasks that you can do to bring you extra points - prepare for spending a lot of time in Brotherhood. Other little things like calling your friends from the list or costuming characters are also present, so it's easy to conclude that Ubisoft with the multiplayer Brotherhood wanted to deliver a detailed and fun multiplayer experience with plenty of content. On the technical side, as far as the lagging is concerned, the game did not disappoint me because I did not notice it, while only sometimes can happen that you will lose your connection to the server. 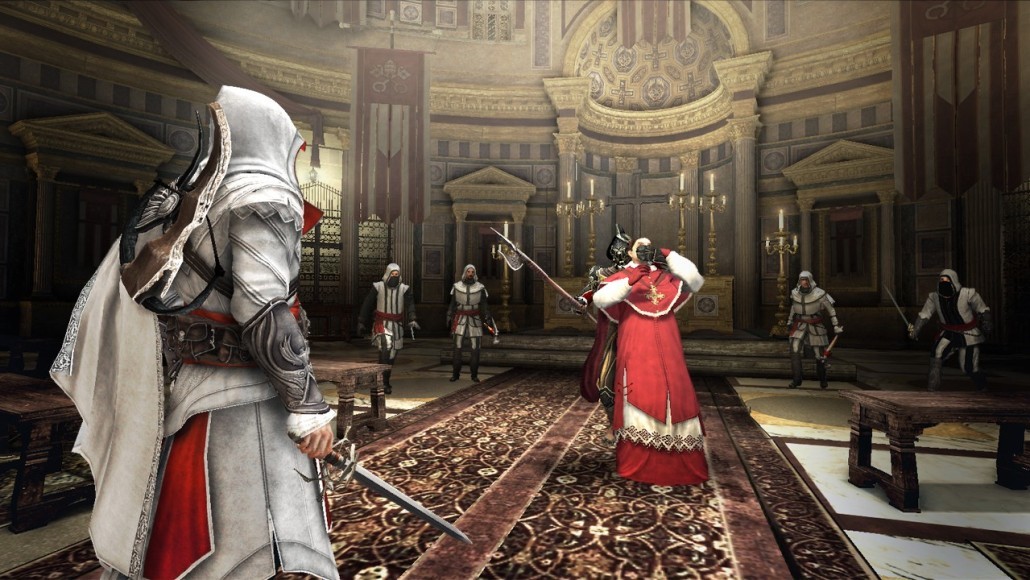 Although not significantly advanced from the previous sequences, Brotherhood boasts beautiful graphics that leave the observer to leave breathless (especially in scrutinizing the city from the tops of buildings). Lighting and shadows are the fields where quality progress is observed, as well as texture of clothing and facial expressions in the game. The whole experience is sprinkled with in-game cutscenes that we always love to see, and although they do not look too impressive, they are designed so that they are very significant for the story itself and certainly very memorable.

Graphic is excellent, just as you would expect from an Assassin's Creed game in which graphic is such an important aspect. Animations seem innumerable, gestures are more natural, and less and less imperfections and glitches are anyway. If you are looking for, sometimes you can find some remarks, especially when riding a horse, but all in all, you should not even rebel for a visual presentation of the game. The sound surface in terms of the sounds of the environment and the music itself is not overly impressive or memorable, but the other sounds in the game, such as sound effects during fencing, riding and the like, are well synchronized and faithfully transferred. 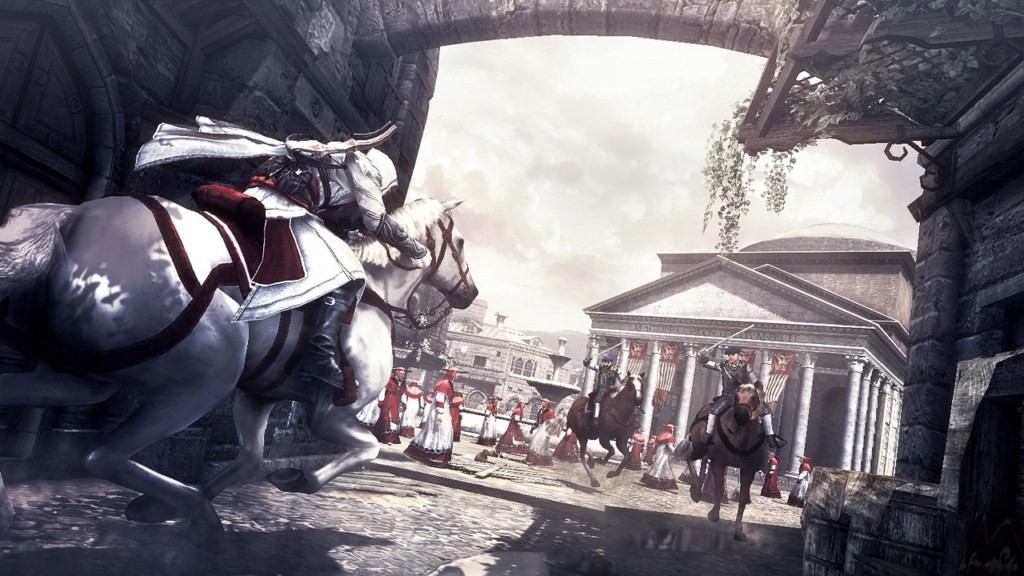 I could conclude that everything that had the previous sequels of the series, Brotherhood additionally improved and perfected. And while the single player experience is very well designed and surely a lot of fun and novelties, the most important Brotherhood innovation in the form of multiplayer is that it is especially impressive with the amount of content and the design of the gameplay itself. So we got another high-quality Assassin's Creed game full of content for one and more players, one with a much higher replay value than the predecessor (mainly due to multiplayer) and certainly the game that every fan of the genre would have to try.

Rate this article Review of the game: Assassins Creed: Brotherhood

Ok, looks good to me

neat work keep it up