Injustice 2 is a very bright, original game, with its unique features, as well as one of the first representatives of the hybrid genre. The change in brightness of this gaming product has happened literally. The first part was a bit overcast, so bleak in the style of DC Universe. The continuation has become fantastically colorful, which ultimately strengthened the effect of the updated graphics. Graphically, this is the same cinematic and realistic “Mortal Kombat X”. These games can be safely called the most beautiful representatives of the “fighting” genre today. But at the same time, Injustice 2 also has its own distinctive feature. This is in my opinion the facial expressions of the characters.

The plot of the sequel continues the story begun in the original. She, by the way, was devoted to two worlds. The DC Universe presupposes the existence of a multitude of alternative realities, and this concept was laid directly into the script. The characters of one world there are beating characters from another. Moreover, good and bad were mixed not according to the canon, which created a certain effect. Alternative worlds are an alternative, because everything is not as usual. That is, Batman may well be evil, and the Joker - good. And here it is not the classic roles of heroes, but the villains continued their development. Although this time the warring parties have a new common enemy. When you first start the game and see a list of fighters, there is Darkseid. Darkseid for DC there, like Thanos for Marvel. An ominous character capable of killing almost any of the universe. However, the main villain is far from him - Brainiac - Doctor Octopus from the DC Universe. A man with computer brains and metal tentacles, collecting any knowledge of the universe. He flies his skull ship through galaxies and collects information about new life forms, often against their will. And the fact that Brainiac changed Darkseid as a supervillain, went to the game only a plus. The villain-scientist turned out to be interesting not only by tentacles (there are six of them, by the way), but also by his intellectual ideas. The plot was very driving and dynamic. Some chapters are immediately assigned to a pair of heroes. When it comes to combat, you can choose which of them will participate in the battle. According to the precepts of any good story, the plot in the course of its development makes two or three rollbacks: it seems that the finish line has already gone, but there is a turn and events unfold in new ways. Such plot tricks will be useful in any game. But most of all I was surprised by two alternative endings.

The list of characters is extensive and, of course, in terms of facial expressions, there are more and less successful options. Some of the heroes, because of their dry nature, are connected with emotions and therefore, so to speak, do not use all the technological potential. But, nevertheless, the animation in this game is really impressive. Action, pathos and staging battles in such games for some reason have become boring, and it is surprising, but such an unusual innovation, like lively facial expressions, makes you genuinely pleased. And the developers themselves are well aware that they have done an excellent job. This is evident from the plot rollers, in which close-ups of heroes are often used - right on the floor of the screen - where characters sometimes even appear wrinkles. 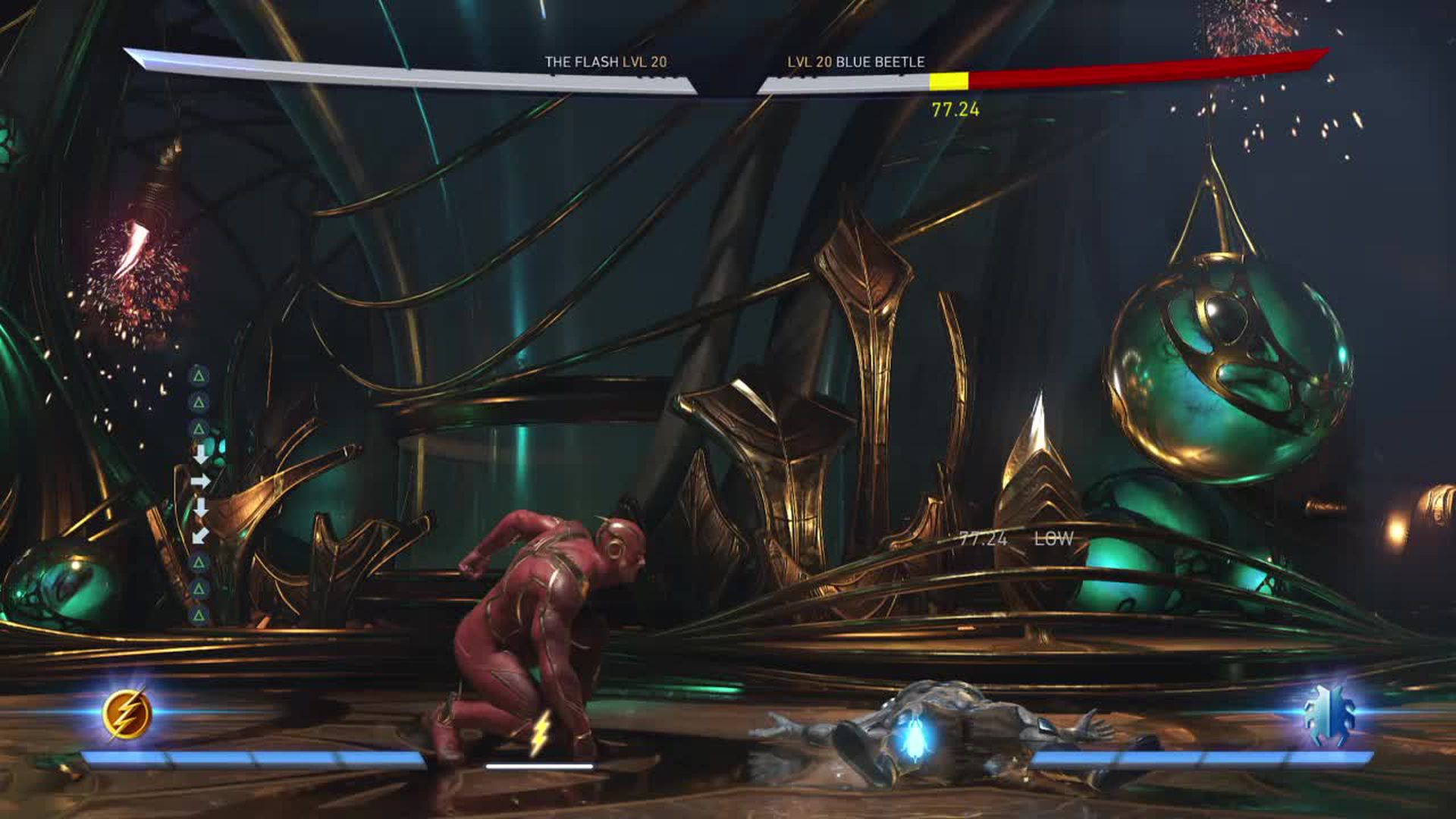 The full list of characters includes more than 30 heroes and villains. Superman, Batman, Flash and other heroes and villains whom we love so much, also want to mention that in addition to added Ninja Turtles and MK Sub-Zero. In the first “Injustice”, Scorpion was a guest guest, and this privilege was later received by his worst enemy. Female characters of "Injustice 2" in their diversity, combat and external plan win the girls from "Mortal Kombat". In Mortal Kombat originality, by and large, was expressed in the color of their clothes. Even the physique was almost the same for everyone. 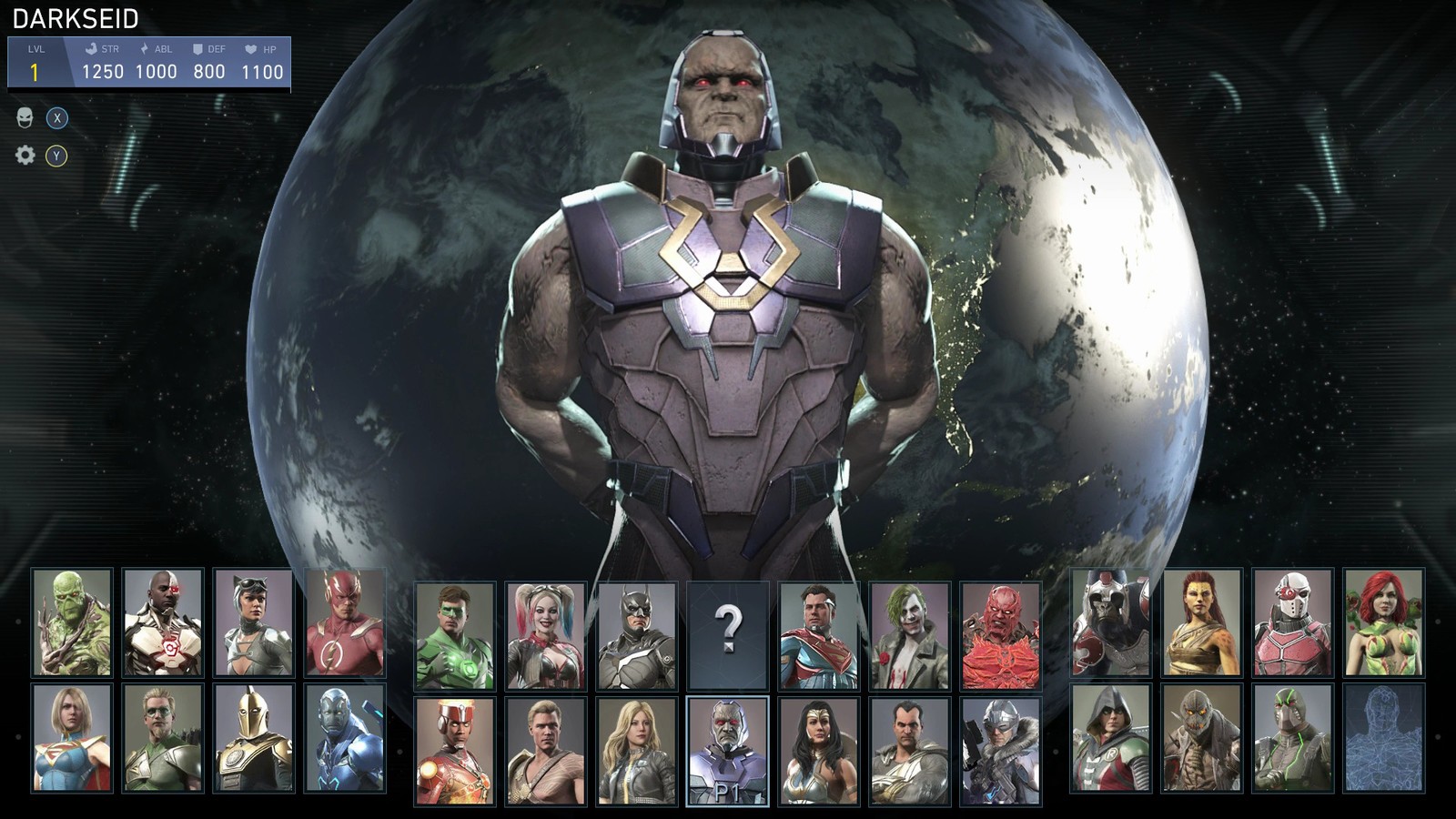 The game has another interesting part that I want to add. These are things that are awarded for victories, as well as when opening parent cubes. These cubes have different meanings and are divided into: bronze-silver-gold-platinum-diamond. The process of their discovery is a separate pleasure for the brain.
The evolution of the fighting game in RPG, not every player will perceive positively. But, nevertheless, this is a direct sign of the development of the genre. The only thing that is strange is that in fact the one and only studio is moving forward. At the moment, for me, "Injustice 2" is the first favorite fighting game, because I really love superheroes, and not only because it is the embodiment of everything we dreamed of starting to play our first games. 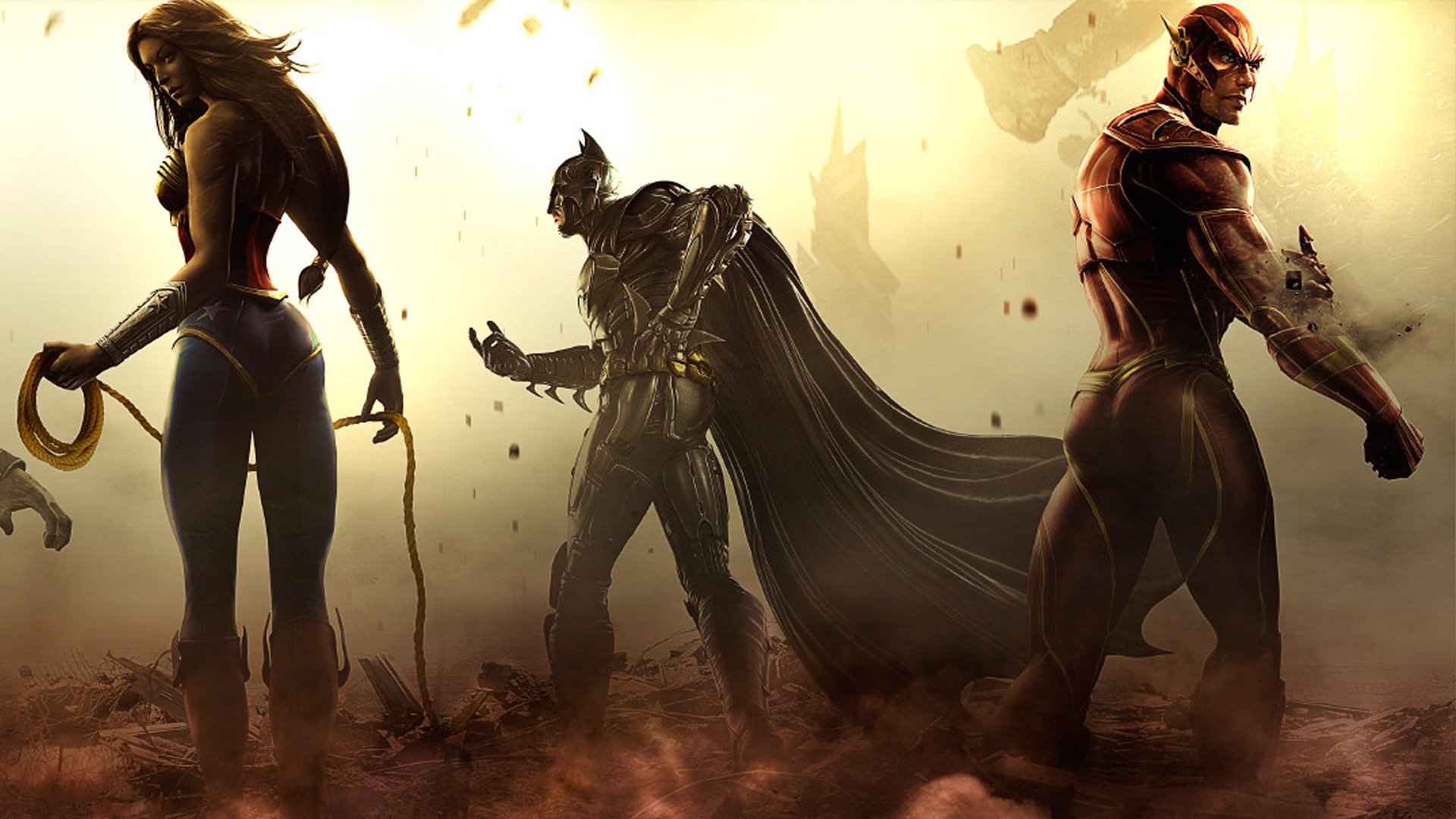 You can use Conclusion instead of Total.

Not bad
Hopefully it's genuine