Rate this article "Review of the game: Assassin’s Creed 2"

Review of the game: Assassin’s Creed 2

Assassin's Creed 2 begins exactly where the original stopped - on an intriguing cliffhanger that followed Desmond Miles, abducted by Abstergo, through the futuristic Animus machine tracked the past of his ancestor Altair, thus testifying to the birth of a conflict between the order of Templar and Assassin, a conflict that lasts even today. Desmond, this time with a targeted intention, switches to the life of another ancestor - Ezio Auditore from Florence, and plans to stop the Templars from Abstergo to cling to ancient artefacts to control the masses. Ezio is also pleased by the Italian during the Renaissance, whose family is in the middle of templar intrigues and is separated. His father, by the profession is a banker, but also professional  murderer, who together with his two other sons, is unjustly executed, and Ezio is tready to retaliate. But as the young Italian enters deeper into this vengeance, at the same time he realizes that he has found himself in a much bigger battle, moreover - a war that threatens the freedom of Italy and the whole world.

It's no novelty that Assassin's Creed 2 has a complicated story because it is directly linked to the first part. But even for moments confused, the story here is definitely a positive element - perhaps not so much in its originality, but certainly in its imaginative fiction. Apart from having a good time with her, she will also provide you with some education in the field of art, history and geography, and this is rarely seen in the games. The characters in the game are interesting and specific, and as the overall atmosphere is generally cheerful, the funny gameplay is a favorable change. So it's almost impossible not to smile at the references of Leonardo da Vinci or the first Ezio's meeting with coffee. The only thing I could be complaining about is a few "time holes" within the game. Namely, the story does not take place only in one period, but we follow Ezio's life from the early age until the moment he becomes a veteran in his craft. The plot is often shifted "a year later," and the characters act as if some of the events took place yesterday. 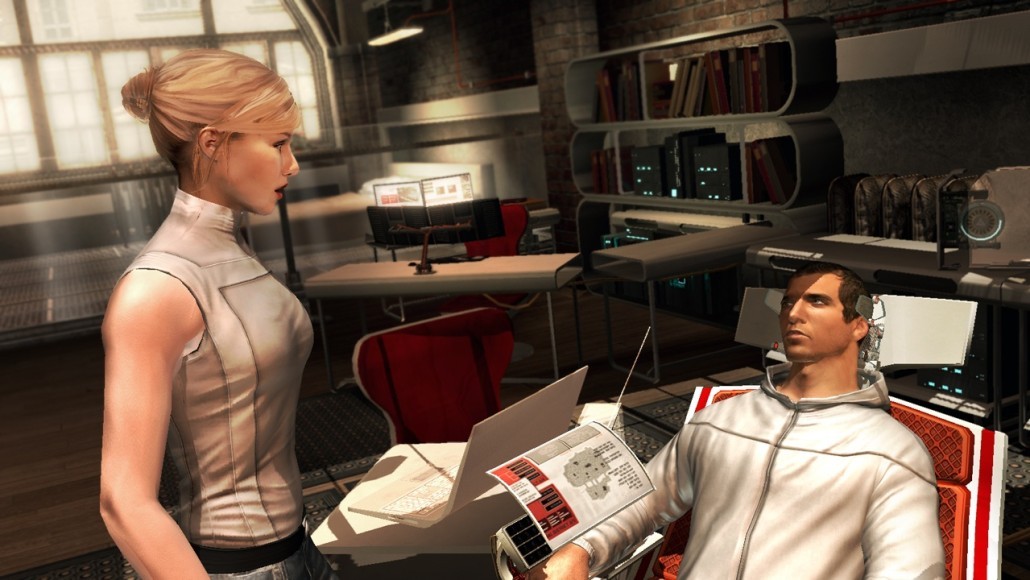 The first Assassin disdained repetitiveness and monotony, so Ubisoft worked in the second part primarily to correct that minus. They have succeeded in part in this intent - most of the things promised are available in the game itself. Some new options are not overly useful, but globally they give us a more varied gameplay. The biggest difference is reflected in the structure of the main missions. Namely, towering towers and doing research are no longer obligatory things - the missions take place according to the GTA principle, and each of it requires a different task. Of course, in the end it all comes down to some kind of murder or the like, but the tasks are therefore more dynamic and fun. Previous "detective missions" here have become side-quests, and scanning the area by climbing the so-called. The viewpoint in Assassin's Creed 2 belongs to the collector's part of the game.

And this segment of the game sometimes can be more dangerous than the main task. You will collect a number of gold boxes, Altair's logs, glyphs, mother feathers, sculptures, paintings, weapons, emblems, emblems for the crypt in your villa, money to upgrade the base. So, if you care to cross the game, and to unlock all the achievements, you will have a long lasting fun from the new Assassin. If you go in search of glyphs, you will get interesting riddles that reward you with pieces of "truth," and if you have intended to come to the legendary Altaire equipment, you are expecting a platformer challenge that would not be a Lara Croft. 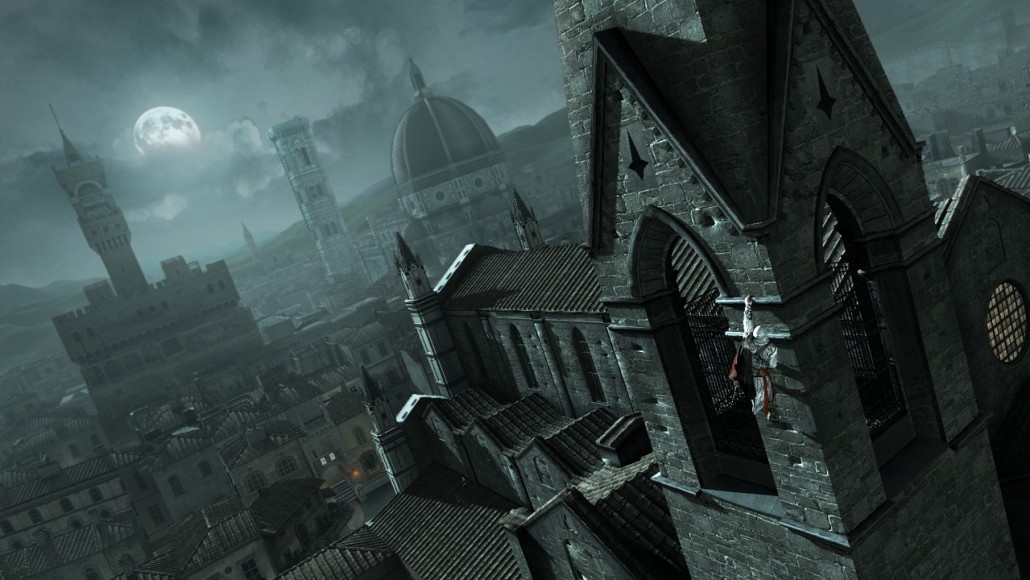 Fortunately, Ezio is at the level of the task - the gameplay is still functional, but now considerably more fluid. Climbing is faster, the fight is lighter and more brutal, and the gameplay is extended to the sequence of the flight, swimming and driving the carriage and the boat. Thanks to the greater number of weapons, executions are fascinating, and the consequences of them are not as tiring as before, because you can now reduce your ignorance among enemies by tearing posters, bribing a messenger or eliminating military officials. The escape from the enemy is also eased - even though walks on rooftops are more often punished, the ways of "radar disappearance" are more numerous, and merging with the crowd is done simply by entering a group of citizens.

In the graphics area, Assassins Creed 2 has not undergone significant improvements, but we are not bothered because this is one of the more impressive games on today's consoles. However, there are some minor improvements - the colors are warmer, the environment is richer, the characters are more detailed, the visibility increased, and the water is more realistic, but overall watching the engine is the same, and therefore the graphics side of the game. Unfortunately, there have been several problems that are manifested in the pop-up effects, i.e. by popping certain objects in front of the players, which was not the case with the first Assassins Creed. Also, loading textures on some objects can sometimes be delayed, although such cases are indeed rare. For the sound in the game, we have the praise ourselves. Voice synchronization, whether it's English or Italian, is done on an enviable level, and the musical background succeeds in surpassing even the genius orchestral compositions from the first part. 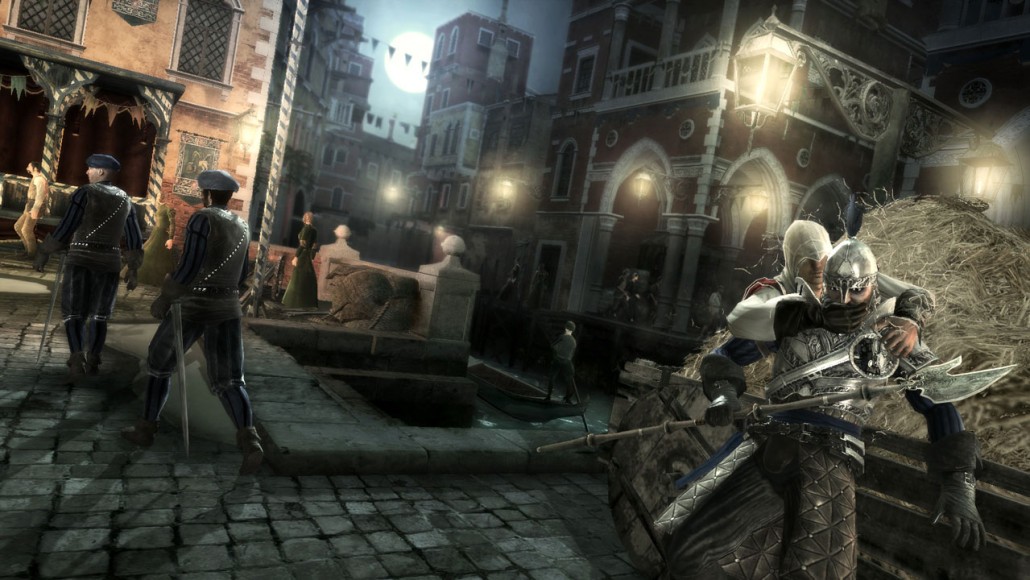 The story is more specific, the gameplay more versatile. Can we look for something more? We can, but we do not need - because Assassin's Creed 2 has everything we would like to have an action adventure. The atmosphere inside the game is incredible, and it is made up of small details that we usually do not pay attention to. The way the cities are transferred to the game is simply fascinating, and the presentation of the medieval climate does not currently have real competition. Absolutely every part of the map, from the design of buildings to the choreography of side-characters, was done at such a high level that it is a real pleasure to observe the fairytale sites of Renaissance Italy.

Rate this article Review of the game: Assassin’s Creed 2

Good one as usual.

always liked your work and this one no surprisenly would get a yes from me
really good work, appreciate you sharing quality works

i trust this one's original, you're one of us frequent reviewers so i doubt you'd plagiarise.