Rate this article "Review of the Assassin’s Creed: Syndicate"

Review of the Assassin’s Creed: Syndicate

The main roles are the twins Jacob and Evie whose task is to save London from the evil Templars that are so bad to see it already from the mustache they carry. However, in the main role is actually a character from modern times where the Assassins and Templars continue to collapse. But you do not play that part of the story, you just look at it, as in the previous game Unity.

Fortunately, the main story of Jacob and Evica is quite solid, at least most of the time. Unfortunately, the ending is unfortunately bad, but as you get to it you will see interesting characters, irritating enemies and some interesting missions. Jacob and Evie are vibrant and characteristic just around the side of Ezio from Assassin's Creed 2. The side poster of the characters next to them, however, remains in the shadows - there is no special development of historical faces like Marx, Dickens, and Darwin - they are just there to give you missions and will get some joke before and after the same. 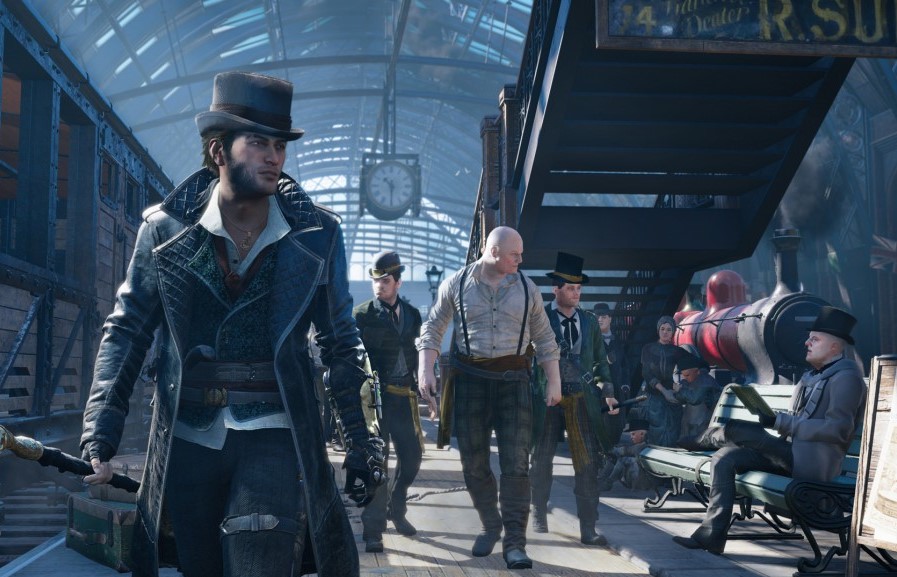 The adversaries are luckily well represented. In this respect, Syndicate most resembles the original Assassin's Creed, from which you probably remember those characteristic enemies, while from the last games you can not even remember how they looked, let alone how they were called. It's a good thing that the story is arranged so that some of these templars personally offend you and then create an aversion to them, and then you can hardly wait to get to know them with your hidden blade. It's not that much irritation as it can become in the Shadow of Mordor, but it's definitely a shift compared to earlier Assassin's Creed games.

Although the basic mechanics are the same as most of the previous series games, Syndicate is still interesting with Assassin's Creed experience with several variations. A very important novelty was added in the moving environment that is now faster because it can be switched over to high buildings and across wide streets using a rope. Climbing towers is now so less stressful, and the vampire of the enemy is more interesting because at the time of the work, the predatory jump from the roof and return back to the roof. This novelty partly releases the game from parkour elements, but does not yet replace them. Because there are some places for progress, since the use of the rope is harsh. For example, it does not activate simply like Batman: Arkham games, but you often know how to hook where you have not even targeted, or do not cling to at all because you're not close enough to do it. 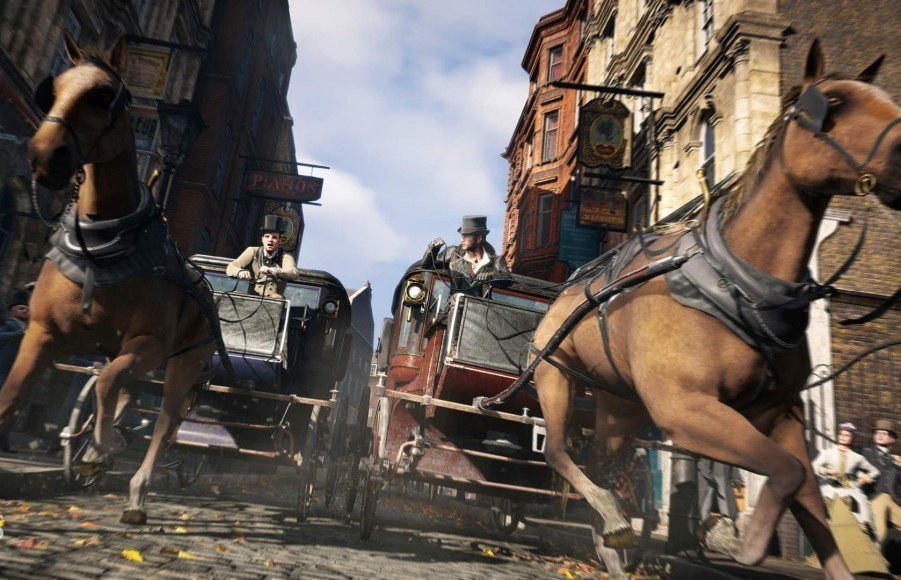 Another significant novelty in Syndicate is the ride on the chariots, which also speeds up the city. The truth is that in Assassin's Creed there had been riding before, but in Syndicate this is connected with the battle, so some chase runs can be quite tense. He has to hit the carriages himself, and he can climb on them and jump on those who follow you. All of this helps good control, or a pleasant management model that is roughly at the level of boat management in Black Flags.

Fighting in Syndicate looks different than in all of the previous Assassin's Creed games, primarily because the enemies are hitting more times, but faster, with smaller weapons such as daggers, boxers, and so on. But the real difference is that the enemies have ten levels of difficulties, just like the weapons you use in combat. This system forces you to play side missions, not just the main ones, which is a little problematic, because you must be careful when going in some mission and you cant just rely on you skill at console that you are using but you must have the in game tools to be able to successfully finish the mission or you can get killed easily 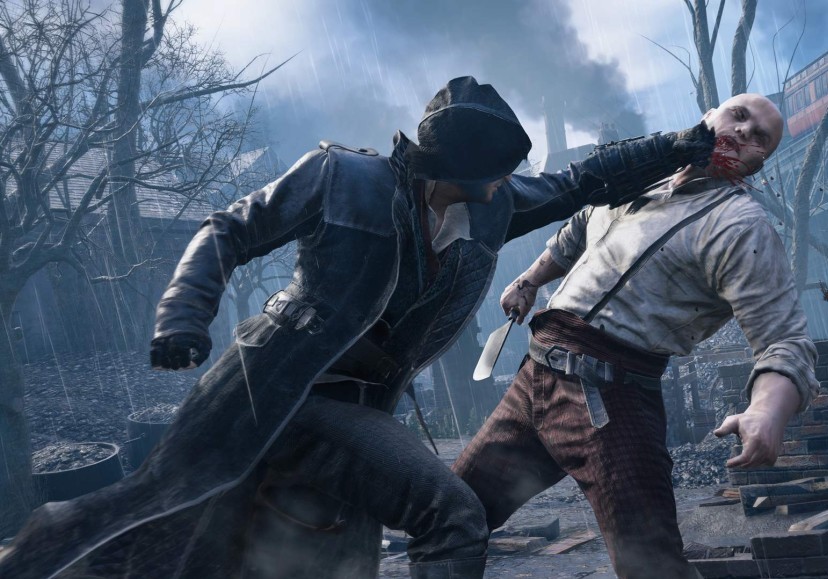 Of course, stealth can always solve things in a more practical way, but pulling out of an unfortunate situation by fighting is more complicated than it was in Unity. Namely, if you are here lower level than an opponent, this means that you will have to hit it ten times longer than usual. This opens up space to surround you with other enemies, so no matter how skillful you are to avoid or hit your punch, when the game tells you that the lower level is the only answer to find better equipment and unlock some extra skills for yourself or your companion a gang of three members you can take with you in battle and give them orders like in Assassin's Creed: Brotherhood.

And in order to get a better weapon you have to open around the boxes of gold and materials, which is not the most fun thing in the world. Of course, this mechanics is by no means pointless to Ubisoft, because you can bypass the grinding at any time by expending the actual money for materials. Well, even if these microtransactions in a single player game are only an option, this is your best proof that they are present because there is always some latch behind them - some aspect of the game is designed with them in mind. 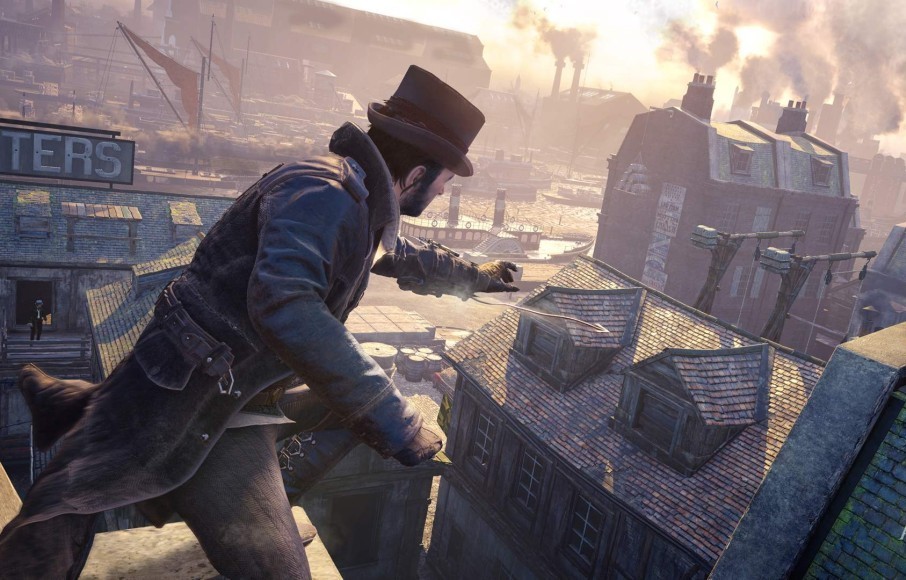 There is a knob and the complete Assassin's Creed Syndicate, which in many ways is the best part in its series, but at the same time it is a bit boring as the ninth continuation in eight years. With all the shifts and generally good ease with just a few bugs, it's still a familiar game with one and the same story, repetitive actions, equal gameplay concepts and predictable ideas.

Rate this article Review of the Assassin’s Creed: Syndicate

i loved the grappling hook part of the game. but i didnt complete the game though