Rate this article "Review of the Assassin’s Creed: Rogue"

Review of the Assassin’s Creed: Rogue

Rogue is, in fact, the eighth part of the series, proceeding to the events of Assassin's Creed 4: Black Flag, prefix is Assassin's Creed 3, while his last mission is an introduction to Assassin's Creed: Unity. I believe that even more experienced players of the series (from their own experience, will) have to check out a little bit of Wikipedia to remember who is there who is knife hidden in the sleeve and why, if the newer genres could have a lot of question marks over the head. Unlike most of the series titles whose main focus is on important historical events, behind Rogue is a seven-year-old French-Indian war, but the center of his action is the Assassin and Templar conflict from a new perspective and the filling of those holes that left the game so far.

We are returning to the US area in the role of Shay Patrick Cormac, an arrogant young man of the terrible Irish accent who is not thrilled with the methods and ideas of his Assassin brothers. The fans will certainly be happy to see famous faces like young Achilles and Haytham Kenway, as well as getting answers to some important unanswered questions and a nice introduction to Unity. However, the smile on their faces will not last long, due to the simple fact that the game's solid story takes too long - the main campaign is even twice as short as last year's Black Flags.

It is important to mention this last edition of the series - not only because it is the direct predecessor of Rogue's story, but also because the gameplay that I will review, to be mild, is not the most innovative one you had the opportunity to play. This is practically a complete copy of the concept and the Black Flags Mechanics that brings only a few slightly funny innovations to at least a little try to mask the fact that the developers obviously did not have too much time or the will of creative efforts to focus on the development of the last-gen edition. 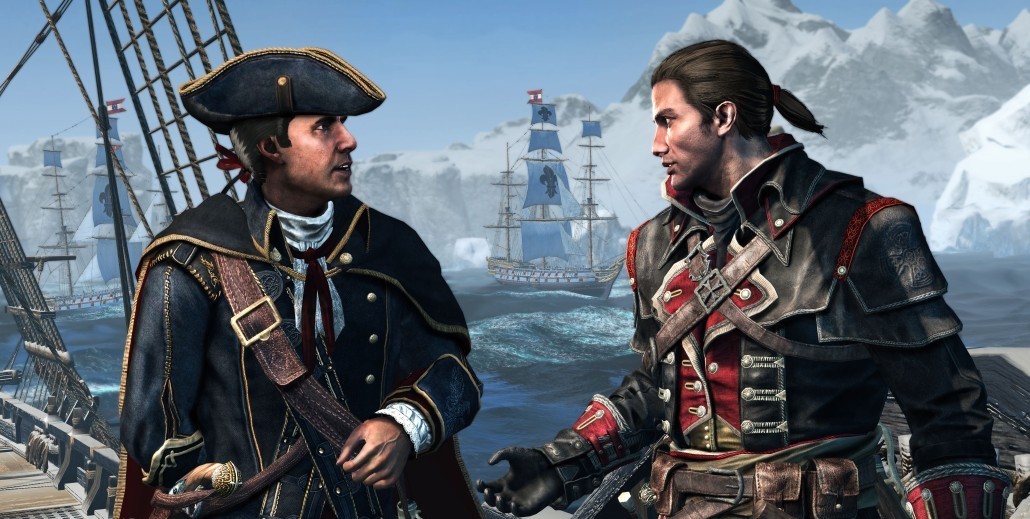 Apart from being short, the campaign does not pose any challenge and refuses to make an effort to include the player in the entire content that at first glance offers its large map. Namely, you will be able to solve the main story almost without any improvement of the ship, not to mention hunting and a pile of other side items that seem to be inserted for the order - the game simply does not offer any relevant reward, which would give you additional time.

Marine warfare is still a very entertaining segment, but less than a year ago we were so busy in epic fights against wicked boats, pirate songs and looting of enemy vessels that the aforementioned scenes simply can not represent the same enjoyment, and a few new weapons are far from more serious newspapers. The scenes that inspired delight last year are now so normal and the expected phenomenon, that is, they are excited as last year's snow. What a crazy fascinating phrase, since a good part of Rogue is located in the snowy spaces.

The campaign can still be found and which positive side: finally, there are no forcing of annoyingly annoying "eavesdropping" missions to which the players had the most objections, which could mean that Ubisoft still pays attention to the mission evaluation system that he implemented in the game. Also, our Shaya former fellow Assassins are now keen to kill, and there is this new hunter-station-hunting segment where potential assassins often jump from the bushes, the pile they fit in or throw themselves out of the surrounding buildings, or with a considerable delay they are doing the things we've been dealing with for the previous few hundredths.

While certain characteristic defects, such as textures of vegetation or faces when viewed in close proximity, are still noticeable, I would be lazy to say that I did not enjoy the review of a series of new landscapes from the highest points. Glitches, bugs and other technical malefactors are quite rare, which is not surprising when considering that they had enough time to polish the engine over the past years, but I am impressed that it's important to mention after the happy occasions with the new generation iteration of the series. 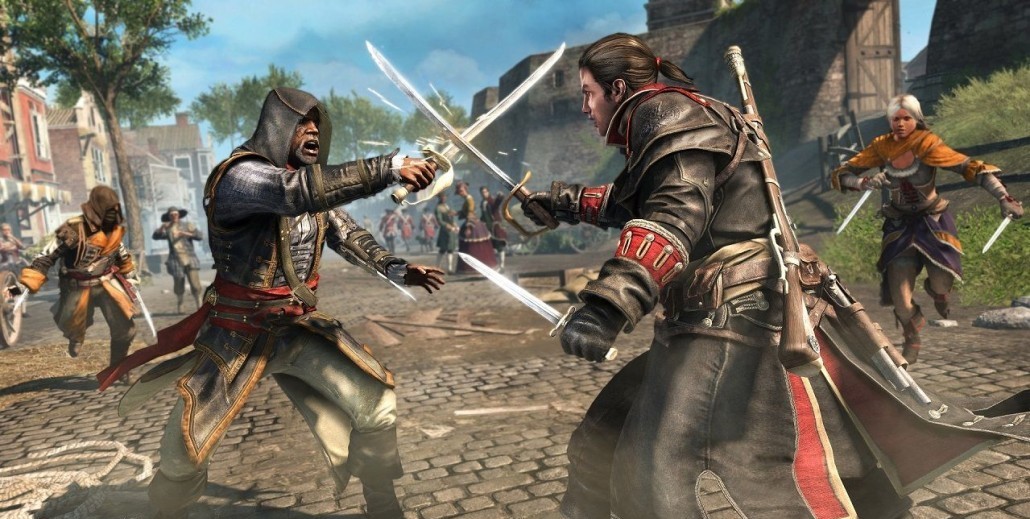 Assassin's Creed: Rogue is obviously intended for fans of the series, since for those who did not play the previous titles his story and a series of old characters could act quite confusingly. However, it is questionable how much someone spent ten hours on the Black Flag can enjoy an identical concept with almost the only difference in the new (hand to heart, and a bit boring) locations.

Rate this article Review of the Assassin’s Creed: Rogue

Good job, I have enjoyed reading it