Square Enix have been popular for their Final Fantasy games, available on different platforms during the past years. However this article will focus on a different fantasy universe they have made, the world of the "Bravely" series.

The name probably sounds familiar to some Nintendo 3DS holders. It was matter of time to the title to come for smartphone. Versions were released on both Android and IOs for Japan.

"Bravely Archive" is a spin off to the original "Bravely Default" storyline. The Japanese version came in 2015 and here comes the strange thing about this game. In October 2017, Square Enix terminated its services and the game was no longer available. Now, year later it was revived from the ashes, with a soft launch, English version release. I couldn't find any information about Square Enix intention for taking this action. On other hand, as a huge JRPG fan, I couldn't miss the chance to try it myself. 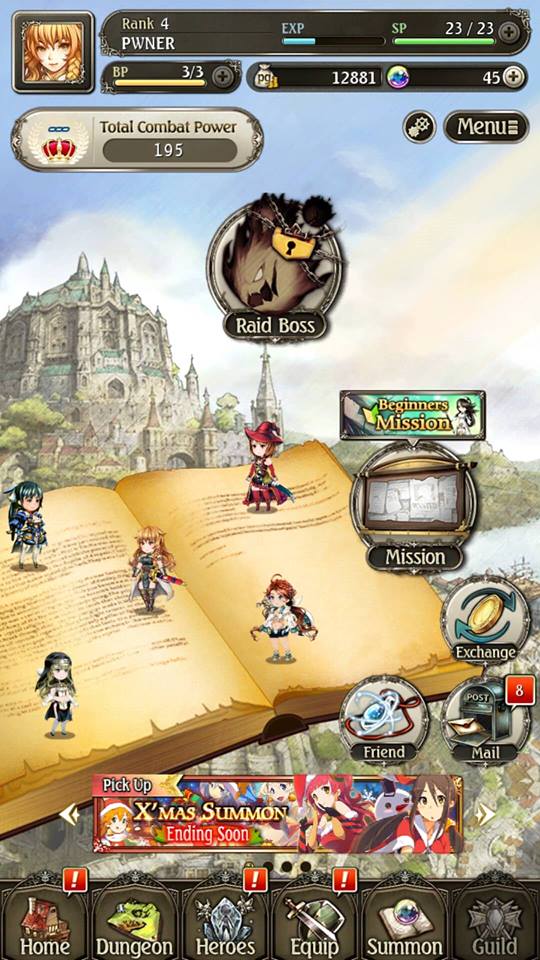 The story starts from where "Bravely Default" one ended. Few hundred years after the evil dragon Garganthos tried to destroy humanity and was defeated. The creature was concealed in a crystal, known as the "Archive".

One day the crystal slammed into the continent of Luxendarc, scattering into fragments all across the world. Anastasis Library was formed as an institution that will try to collect and study the pieces of the "Archive". Not without a fight as another group, known as Breakers, emerged to disrupt these efforts. 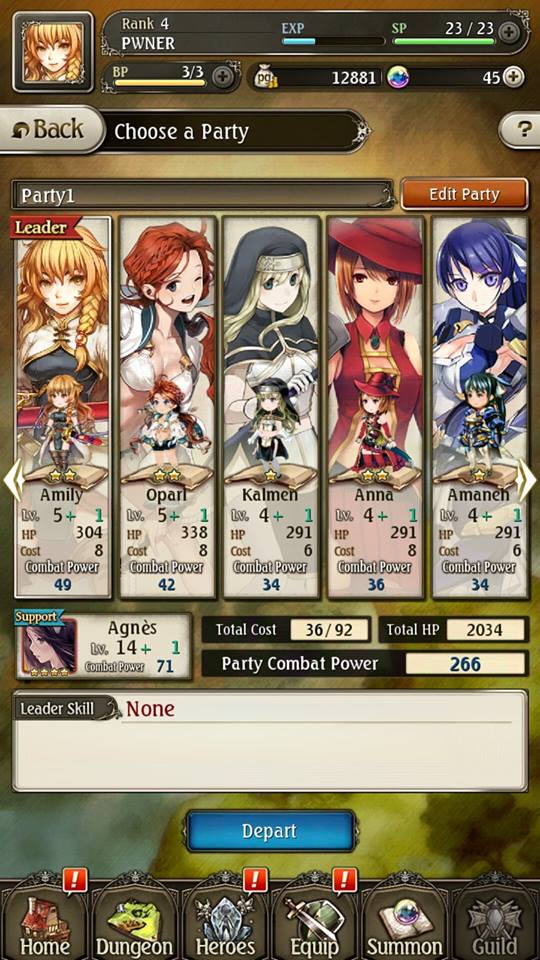 "Bravely Archive" is a anime style, turn-based role-playing title. The core of the game is building a squad up to 5 characters and progressing through the story dungeons. Players will select the most suitable of the units they own for a party leader, gaining its leader skill effect. During adventures they will have the opportunity to meet other players, add them as a friend, and bring their leader character in a 6th extra slot.

Stages are like ladder that you must climb to fight the final boss and complete. There is a glimpse of making the gameplay hard as the battles are made turn limited. Combined to that your party starts the next battle of the dungeon you are trying to defeat, with health points that the previous fight ended.

Like most JRPG titles, main source you get characters from, is a Gacha system. But at not so many of them we can actually see the odds of drawing proper character. We can say good words for the developers, as that way we have the ability to compare different gachas, deciding on which exactly to waste our game currency.

Little more fresh air comes, as here we can clearly notice that there is no element affinity for the units. This system was so often used in other JRPGs that started to appear as a cliche. The lack of it gives players more party build customization. The bitter feeling,when you receive good fire based hero but your team till now consists mainly water based ones and the fire will not receive any benefit of being with them, is gone. From other hand I must say this is the only customization I have found.
There weren't any costumes nor gearing your characters changed their look. Poor character customization, thou I haven't tried evolving my team, to see if anything in their appearance will change.

Gears boost your unit's stats. Only one slot for gear is made. All armors are available but equipping weapons have some limitations. Your units have weapon affinity, and a "Rod" one cannot be armed with a sword.

The party is limited by a cost. Higher rarity(1-5 stars) unit has a higher cost. To be able put stronger characters in the party, you will have to increase your account level. That goes with doing the stages, found in the dungeon tab of the main screen. However this is limited by stamina points. Something pretty common for online mobile games. On a bright side, there is a timer which give us the information when our stamina will be fully recover and we know when exactly to log into the game again. 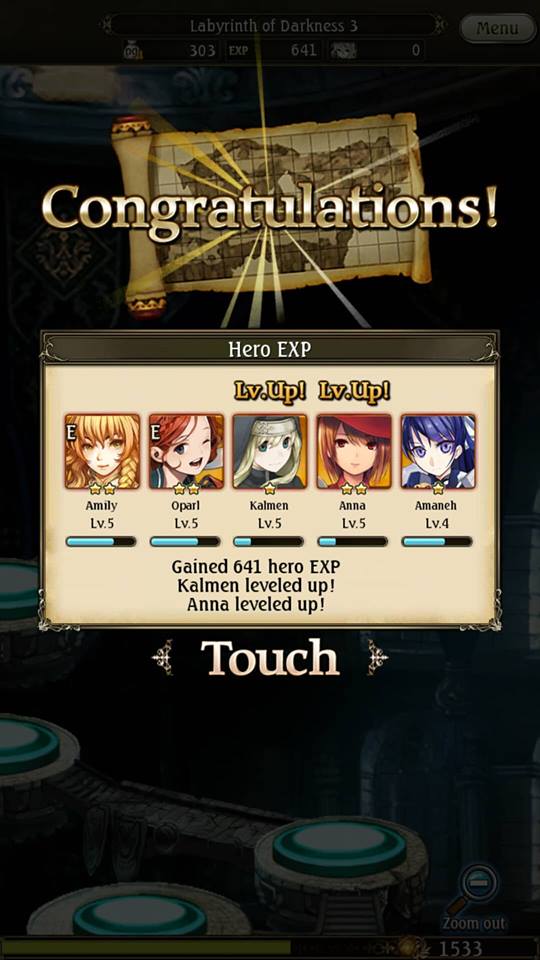 From everything that "Brave Archive" can offer us, this captured my eye. Here the battle mechanics are bit different from some well known titles.

When it is your turn, an unit can take one of 5 total actions, all of them categorized as a skill. Basically it is "up","down","right","left" and "double tap" action. If your hero makes "up" move, the enemy will be set in air. Then if your next character deliver "down" skill, the damage will be increased. Instead of that if your second attacking unit respond again with "up" attack, the enemy goes even higher in the air, and the damage of the 3rd character "down" move, gonna be even more than the first case.

Above the green bar, giving us the total health points of our party, an order of crystals appear. One of them is pointed, and it defines the attack's specialty. White ones mean your attack is without any effects. But there are also purple, red, green, yellow stones. These makes your attacks heal your team, hit all enemies, cast extra spell.

All these mechanics require more strategic play of the combat.

Also there is combo count, when your unit's attack doesn't miss to score a damage. More it raises, more damage you deliver to the enemy. And that is two sided, the enemy squad's attacks also make combo on your party. Thumbs up for these mechanics that bring some new experience for me.

In battles we can use consumable items. There is option to auto play the fight, but without speed up feature. This mean we can expect long combats. One thumb down. 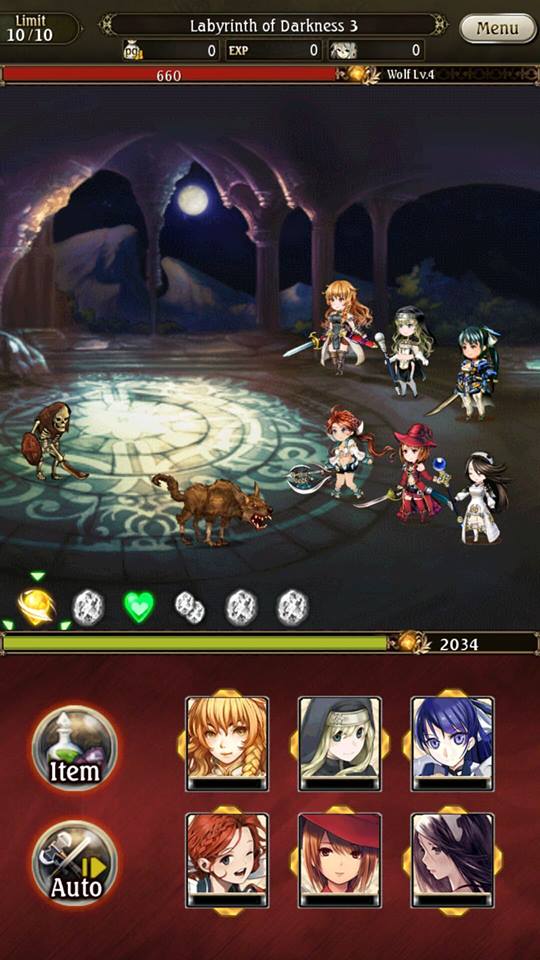 As a soft launch, this game isn't very appealing for competitive players. The reason for that is I couldn't find any arena or similar feature, where player versus player is available. The multiplayer goes to adding other people in your friend's list and using their leader in dungeon chapters.

When you complete chapter 4 you will have the option to join a guild and interact with other. Later with clearing chapter 9 you and your guild mates can join forces and attack strong raid bosses.

If Square Enix plan to hold this title on the market adding PVP and more PvE features will be a must.

Character art and scenes aren't so bad. Average work, that looks at least original. However with titles like Epic Seven, Chain Strike and more, combat graphics and visual effects are not much. Not satisfying and simple.

Game's music is my biggest disappointment. The battles I did till chapter 6, offered me only one same battle theme. I got pretty bored with it and didn't make me excited to check who is behind it. The character voice come in a separate package, optional for download, and it is translated in English. 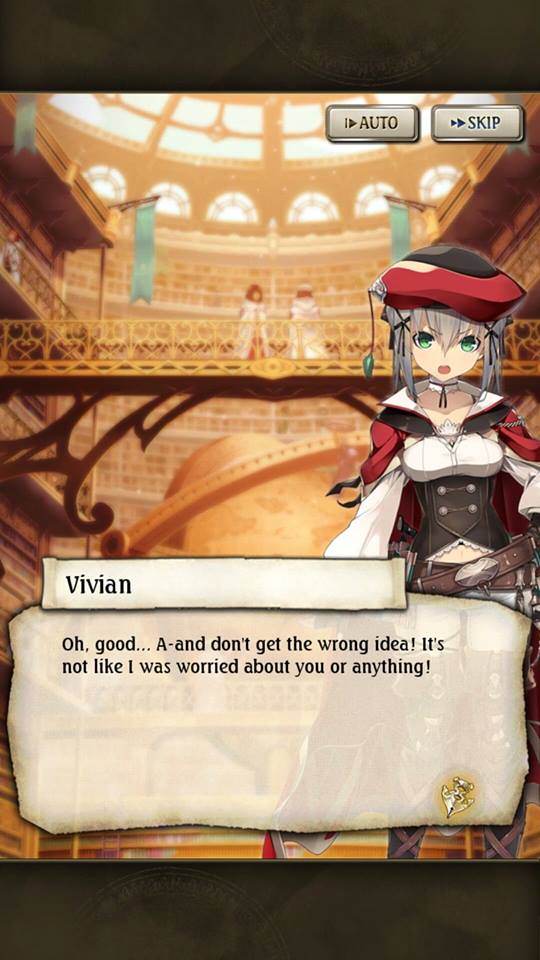 I will note here again, that this is soft-launch release for Australia and New Zealand. If readers decide to try "Brave Archive", finding it in a source, different than Google Play store, will be required.

Is it worth investing time, efforts or real money in this game? Honestly, my answer is "NO". The is daily login bonuses that give us the game currency, also we get from completing chapters and missions, so putting money will be a waste, with no clear state from the publisher what he plans to make with this title. "Bravely Archive" is more like a pleasant rest from others, more commercial titles. If you are familiar with "Bravely Default", this probably is your last chance to see how the storyline continues, meet familiar faces and encounter many new characters as well.

Community and events : 4 from 5 stars

thank you for the article