Rate this article "ReView NiOh #not despair with life "

ReView NiOh #not despair with life

Team Ninja is a team that has a long history in video games and is one of the Japanese studios that has left its mark with more than one game and has proven its ability to adapt in different development conditions. We all know them with games such as the Nanga Jaiden series, and also the wonderful Nintendo game Mitroid Other M. The team recently was looking to leave a new footprint in the gaming world, and found it in a new project called NiOh. This game took a slightly different curve, making it clear to one of the most popular games from the Sunshine Land, the famous Dark Soles series. Team Ninja wanted to take the well-known foundations of the Solz series and then build a new game on them, taking the Samurai-based country. Has this idea succeeded? And has the team really been able to offer a game with a special flavor the number of all obvious similarities. This is a question we needed to dig deeper into the game to answer, and today we convey it to you through this full review. 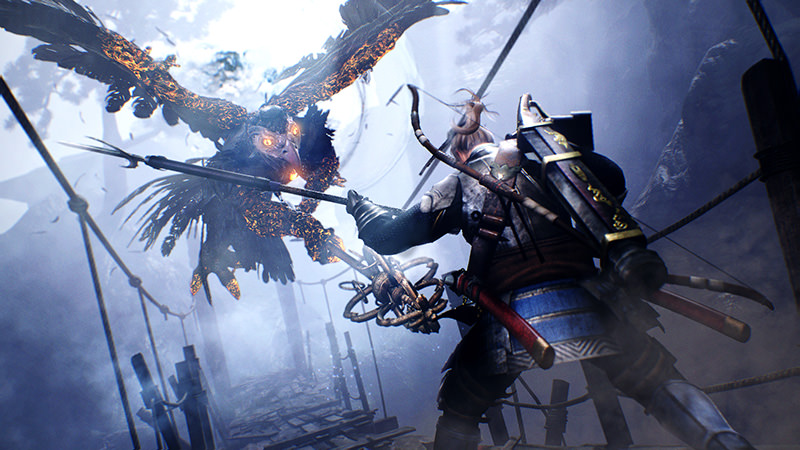 The Samurai Life
The hero of our game William, and travels to the countries of the East to hunt down one of his enemies and who robbed him of something expensive. William becomes one of the best Samurai fighters, and helps the people of this country to eliminate evil staring at them. The story in the game is different from the Soles series, and here it is presented explicitly through film clips and texts for reading. But no matter how much the story goes, it is not effective, as you will want to play more than anything else. But there is certainly a great design for human characters and a beautiful look at the ancient Japanese heritage of all its varieties.

The game is divided into main and sub-tasks, and when you complete the main tasks, new copies will be opened for you. Although you play with William and do not create your own personality, you will be able to give him certain advantages based on the style of combat and the type of weapon you want to fight. And then over the game you can change the structure of your character constantly by deciding what kind of aspects you want to develop from your personality and the type of weapons that you carry and develop.

The stages in the game are beautiful but they are not huge or open, and there are many indoor places either indoors or in tunnels. But after a while you will feel that the game environments are repeated a lot and become a bit boring. In the game use the Action option where the image becomes in 60 frames, while there are other options for better graphics or even 4K while reducing the number of frames. The only problem I have encountered in the game frequently is the camera in the narrow places, sometimes the object becomes between you and the camera, such as the lighting column, and the picture becomes in different colors and sometimes the thing becomes annoying. 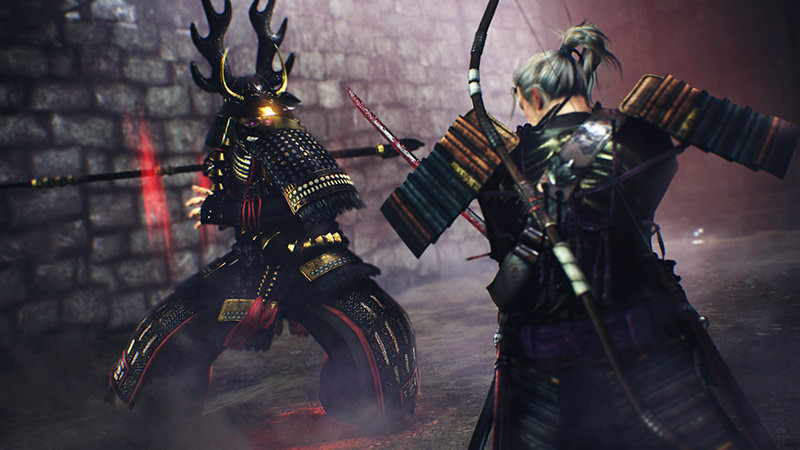 At first, and this may be obvious to the beta game, this game looks like it is completely soles. Even fewer small details have been quoted. A basic control system such as Solz completely, and even a system to change armor, weapons and tools. But with the depth of the game you will discover that it is much deeper than anything I have ever seen in the Sols series, I can call it the DarkSoles Professional Edition. The game will give you many skills to learn, some are using the sword directly, and others are skills Nnja or magic to benefit you a lot in fighting.

In the Solz series you can use one type of weapon and a certain style and finish the whole game using it. Here, do this and you will know what the meaning of the real torment is. The game offers you many options for fighting, and employing tools is very important in the game. What I like about NiOH is that using side tools such as arrows, nuts, magic, and the use of items like electricity, water, etc. will be effective against enemies, and not just a small matter. You will avoid it because you do not deserve it.

In the game ordinary enemies are not that difficult at all, even the proposed level of some stages is not expressive, I was able to finish some of them with teams up to 20 points in the level compared to the proposal. The tasks in the game are short and there are many points of conservation, and the distances between them are not big. And almost every leader will find near him a point of preservation. The real challenge against the leaders of the game is to read their style and know their weaknesses, and to know the best combination of weapons and magic that can be used against them. Some leaders will appear to be completely insolvent, before you discover that you did not go to fight in the right way and that it is actually much easier than you expect. 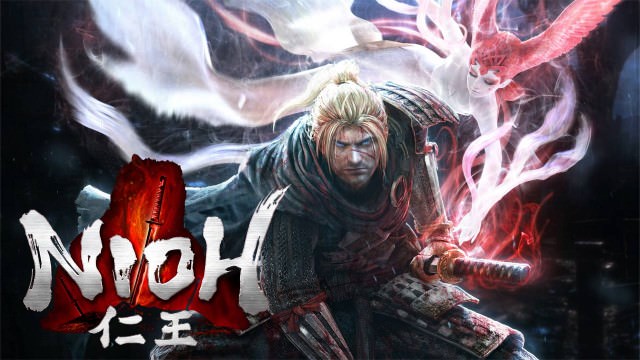 Play your style:
The game is actually quite huge in terms of content, and there is great fun in the game in your own style. You can be a samurai facing his enemies face to face with the strongest swords, or he can be a ninja who has a lot of long-range tools and very fast moving. As we know in the DarkSoles series the game is slow and more strategic, while in Bloodybourne it is fast and depends on absolute skill. In NiOH you can do whatever you want. You can play slowly and with heavy shields, and it can be very light, even faster than BloodyBurn. The most amazing thing is that you can change it in the middle of the fray, where you can change your posture and the way you carry your weapon to suit the type of enemy you are facing.

Many game tools, from the stars of the nenga to the magic slows down the enemy. And because the game is focused on hiring a lot you can carry up to 8 tools in the shortcut list and use them. Even weapons can carry two main weapons and two sub-items at the same time and switch between them quickly. The game is definitely like the Soles series puts a great deal on the issue of fitness, and here is named in the game Ki. One of the main pillars of the game is to try to refresh and maintain the fitness counter to direct the largest number of hits to the enemy. After a few strokes you can press the R1 button and fill the meter in a limited but effective way, and it may be the difference between life and death in the game.


Do not despair with life

In this game let me tell you that you will die a lot, but you will return, and will train, and develop your list of tools and weapons until you win. Winning in the game creates a sense of satisfaction within you that makes you return to more no matter how many times you die. Certainly these are the same principles that made Solz a wonderful series, and here it is no different. If you are one of those who are looking for a challenge and get up to it, here you will find much that will make you very happy, and from Tim Nanga's team, I do not expect less.

Rate this article ReView NiOh #not despair with life