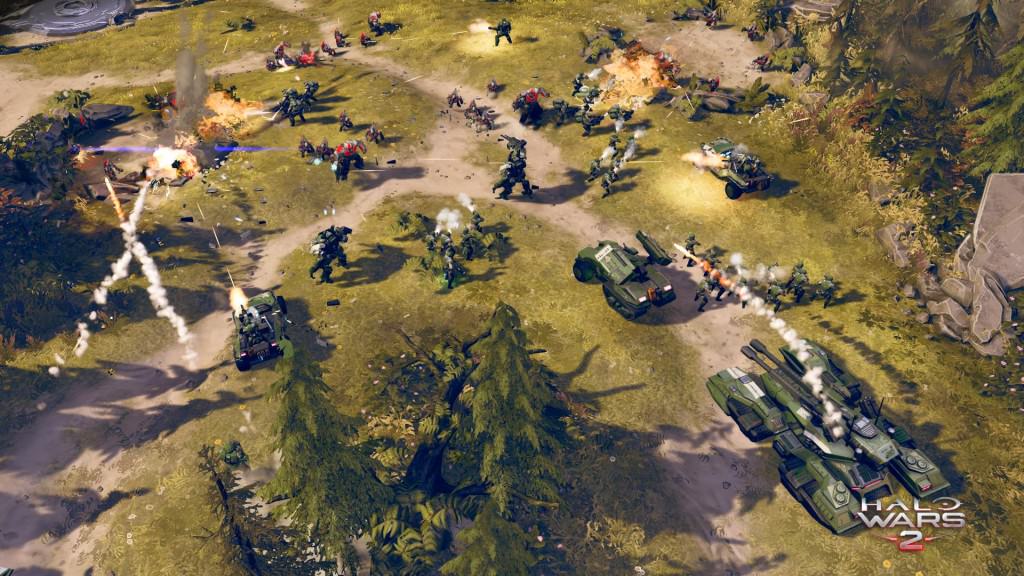 The story will put you in the face of Atriox and his soldiers, who formed a group called The Banished, a group of Brutes, led by Atriox, after they split from the Covenant and fought them. This group was the only one who was able to cultivate anxiety in the ranks of the Covenant and with your loss in the galaxy and the interruption of communication between you and the Earth you have to lead This battle against the enemy with your limited resources in any way.

The story begins slowly and the developments that take place are not really many, but they serve the series' fans very much as there are many questions that are answered in the files you find in the game world. Will not be understood from the first time for those who did not play several of the titles of at least the main series has been interested in the story in the narrative of the presence of many of the clips that tell us the events and the end of the game, a bit shocked with a big question mark. 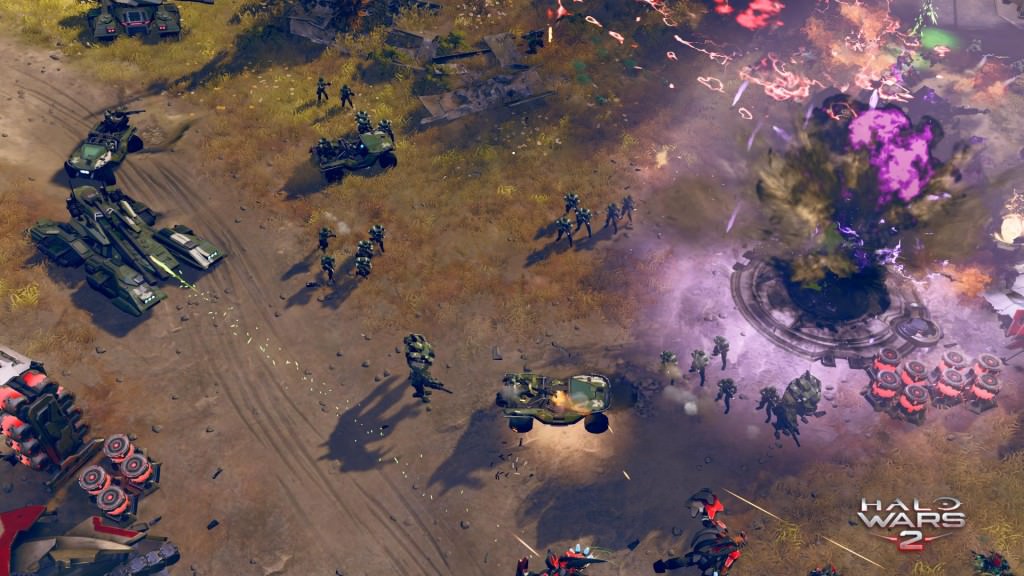 ***********************************************************************
The game system is simple, easy to use and familiar with. It is quick to build a base base or a mini-base depending on where you are stabilizing and then you are putting generators or resources to manufacture other facilities that vary from one stage to another but mainly the establishment of infantry, vehicles and aircraft. Special and advanced units such as Spartans, you choose the unit or several units to impose your orders such as moving and attacking the enemy and some units have special attacks you are doing through the button dedicated to them and the units that survive in the battle gain experience that makes them more effective For.

You have a specific number of units that can be commanded at the same time. The game may limit you by 100 soldiers. For example, but the units differ in their numbers. In case you call for any fighter, it counts 4 soldiers and heavy tanks. It is calculated by 6 soldiers so you have to wisely distribute your fleet among different types. , The game uses a system of stone, paper and scissors in combat where it is generally very effective vehicles against pedestrians and pedestrians are effective against aircraft and aircraft are effective against vehicles, but there are some exceptions of course for some vehicles or special units and distinctive.

As a player you have the capabilities of the leader powers, where you press a dedicated button to open a list of your abilities that will be very necessary in the battle. For example, one of these capabilities is the ability to identify a specific area where you deploy mechanisms that process and repair your teams and units or ability to Moving your team from one place to another in a short time in emergency situations and through your progress in the battle you will earn points that enable you to buy and develop these capabilities that you have to re-purchase with each stage or confrontation and these capabilities vary between the stage and the development of another. 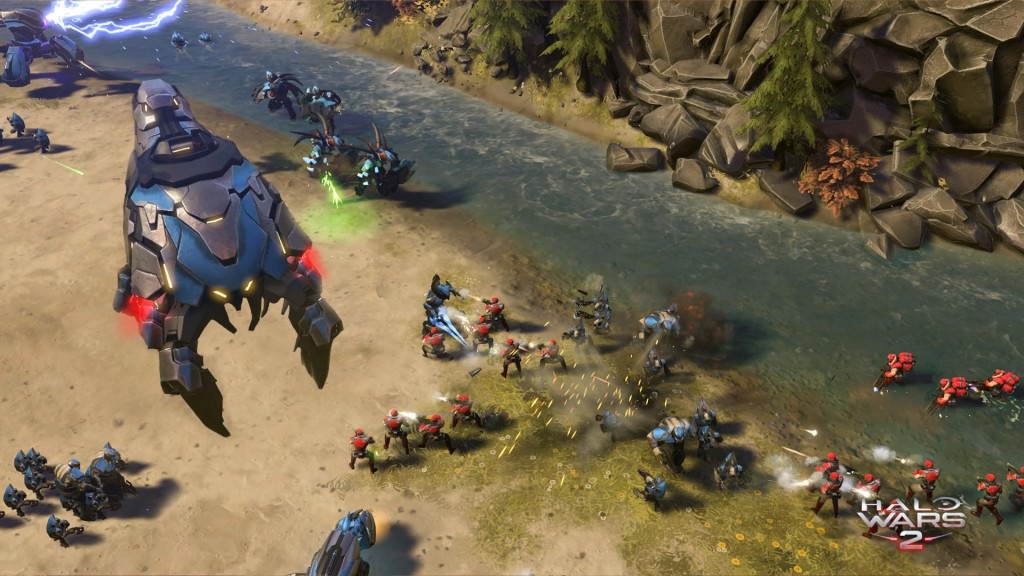 The cooperative play mode offers you many options to play against the computer for different stages, which you may want to do to gain some experience in the arena before you face the actual players and then we have games of type Rumble, which you control the largest possible number of facilities and protect during a specified period up To 3 against 3 players and the winner is the one who controls the largest number of facilities at the end of time and then you have Team Objective games that put you in two teams of 2 against 2 or 3 against 3 to control the rules on the map and earn a specified number of points or have the largest number From the points at the end of the battle to achieve victory, a It's good to have Team War and Solo War as a player against a 2 or 2 player in a conventional elimination game where you develop your own army and try to destroy your opponent's base before it destroys your base.

Blitz has developed the latest additions to the address, where you use a specific set of cards to play, where you design your own collection of cards, which do not contain more than 12 different cards and you can get card packs by ending the story tasks or the daily challenges and challenges in the stage of group play or By pushing inside the game, you have in this stage your base and protected from the enemy and there are multiple bases or centers in the map you have to control them and keep them from the enemy to collect a certain number of points and win the battle and out of 3 centers must take control of To start earning points, call the units. You will open the card list and you will only receive 4 cards. When you use a certain card you will receive another card and you can switch between the cards shown to you to select the desired card.

i make an article on combat evolved