After having had the opportunity to have fun with Space Run and Space Run Galaxy, cheerful French have decided that it is the right moment to brace into a whole new universe and a whole new genre. Masters of Anima takes us to the fantastic world of Spark, in which nature specializes the magical energy called Anima. In Spark, besides ordinary people, there are Shapers, people with a special talent to control Anima and with it real magic constructions called Guardian. Their primary purpose is to protect and help primarily against the dangerous Golem, a monster built by magma and chaos attacking a peaceful people. Although the shaper with the help of the Guardian has long won immense, generation Shapera preparing for the case to reappear need for battle. 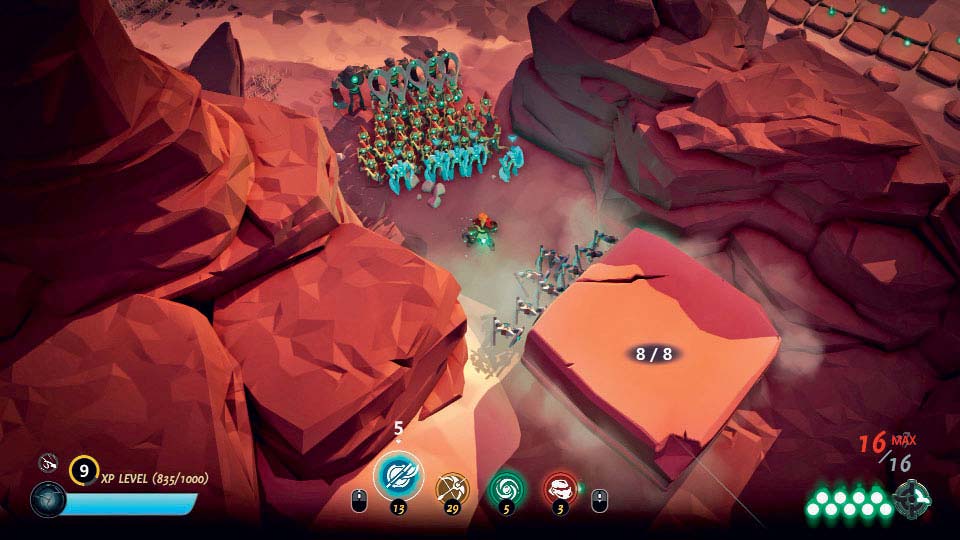 One of young Sparrow's young Sparrows is Otto, a naive gentleman who is trying to pass the Master Shaper exam to marry Faith Anne, who has already earned this prestigious title. Problems arise when evil Zahr appears, surrounded by an army of Golems who kidnap Anu, divides her beings into the heart, mind, and body and hides those parts at different ends of Spark. Otto does not have anything left but to do with the little skill in controlling Anime in a rescue mission, with a lucky bonus that if they manage to save their fiancé, save the entire world. Masters of Anima is a specific combination of action RPG and strategy in real time. Otto, technically speaking, can fight himself, but this is not a stronger side. His (and thus your) true strength lies in the careful and thoughtful management of the Guardian armies, which you invoke by spending the supplies of Anime. Anime management is what divides triumph from the fiasco because you can convert any created unit you manage to back to Anima and create someone else in case you need it. Your army consists of five types of Guardians, and each is useful both in the battles and out of them when you are confronted with spatial and logical riddles that you can not solve alone, but you need the help of your magic fellow. ProtectoriThey is armed with axes and shield, so they can stun opposers in battles while helping you out of battle to push heavy objects. However, even though they are well armored, you must not leave them in the zone of attack by dangerous enemies, because this quickly leads to the decimation of your army. Sentinels are long-range units that cause a lot of damage, but they are fragile, so you have to keep an eye on their health or lose them. Summoners are something like a mini-shaped player because they themselves invite other (or opposing) units to fight on their side. Keepers are primarily designed to support your regular fighters as they can buff over allies and debug their opponents. Finally, there are Commanders, who in your battles transfer your orders to other types of Guardians, and out of battles are able to collect special objects that provide essential bonuses to all allies in their surroundings. 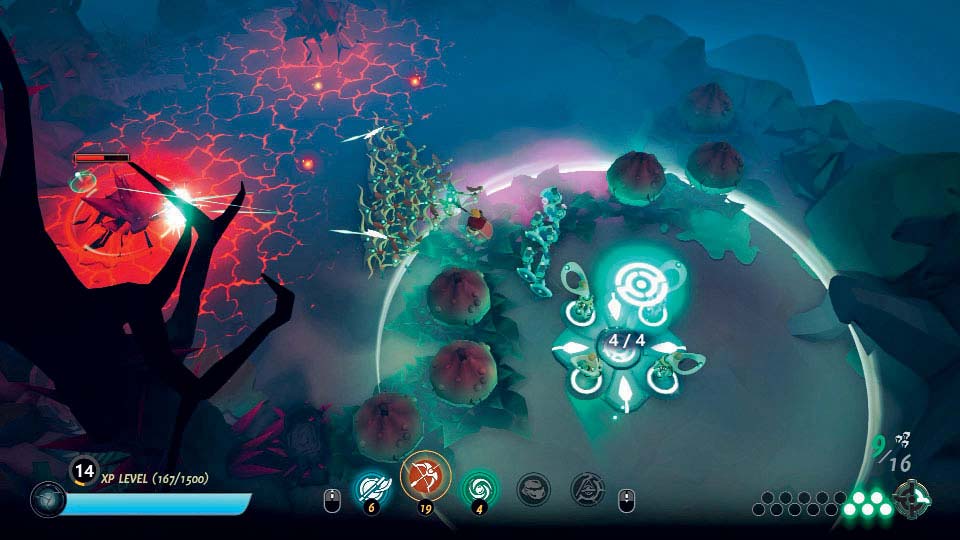 As is the case in most quick real-time strategies, your tactical skills must be accompanied by good reflexes. Fortunately, if in some situation you do not act correctly or timely, checkpoints for capturing the position are not far away, so you can quickly try again, but now armed with more knowledge of the situation that awaits you. When the game moves far enough and you meet with extremely challenging Golems, it will take a few wipe your army to find out what is the ideal tactic, and then a few to make it right. However, when this happens, the sense of success really fills. Problems with the management of your units can also occur at the beginning of the game when there is only a dozen, and not later when there are almost a hundred of them on the screen. The reason for this is a necessary time until the commands come fully into your fingers. Controls are complicated, but they are also done very correctly, so getting used to them runs pretty fast. When you become a master at the Masters of Anima, which means that you have fully mastered both the controls and the strategic component of the game, it reveals to you the true face - this is the brilliant and dynamic title in which laser precision juggling for different types of units in the grill of battle brings out a smile on face. 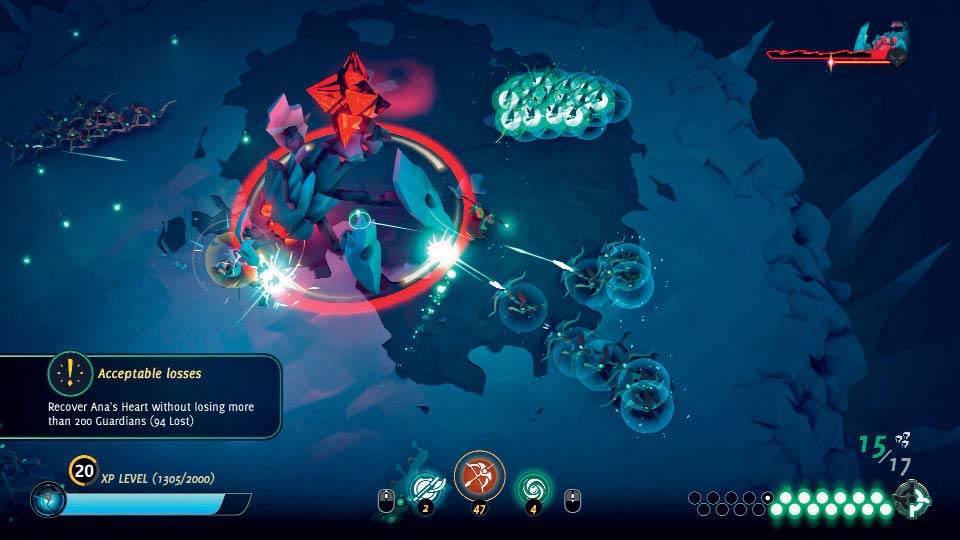 The tale is probably the weakest point of the Masters of Anima. The story is an obvious cliche that works best if it is understood as a homage to titles from the 1980s. In addition, the characters in the game are very fond of the first ball, but little is done with them until the end of the game. Very visual is the visual design of the game, with beautiful, colorful and stylized graphics.


Masters of Anima is a superb fun mix of two popular genres that will delight fans of RTS and RPG fans, and if both your aromas are beautiful, you will have a wonderful time. The one we aim at will be a desire for a little more complex and longer story, for branching and research, for a bit more content.

comment not get exp but delete will get loss exp ? *** logic gamehag

Although the shaper with the help of the Guardian has long won immense, generation Shapera preparing for the case to reappear need for battle.