An interesting puzzle achievement is coming, which will attract lovers of logic games with unusual aesthetics, and then keep them alongside themselves with a highly competent, branched mechanics. The Croats once again prove that they are getting to play a good game ... 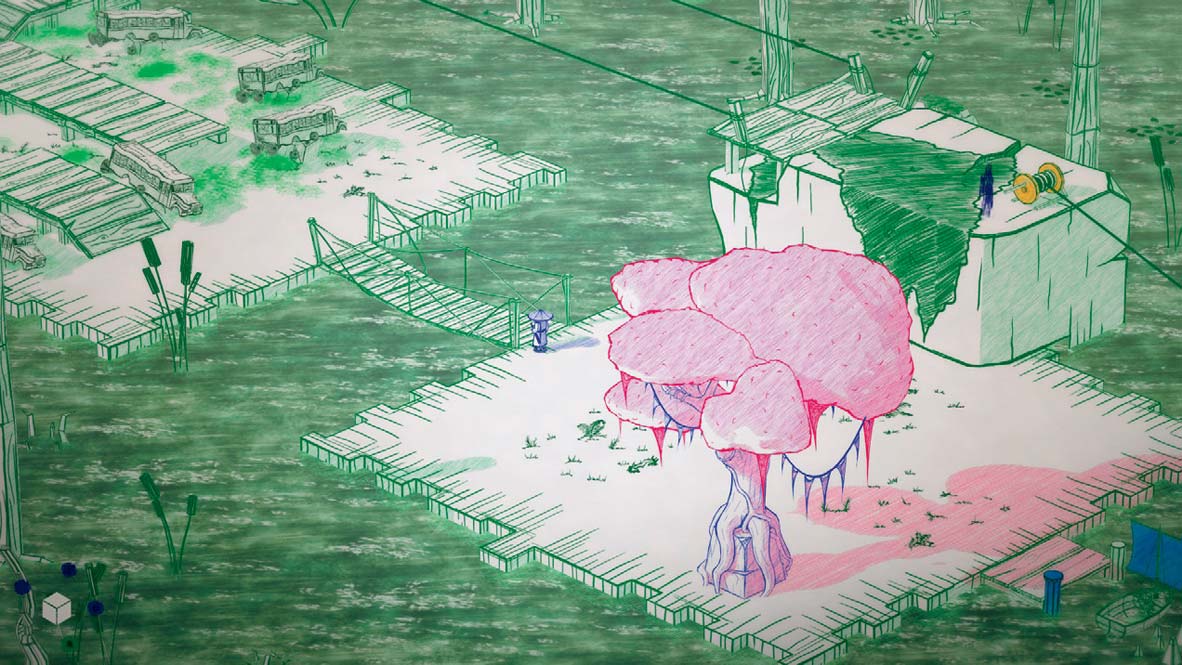 It is the presentation that first attracts the view. The visual style of this game is minimalist, with hand-drawn graphics and a reduced color palette (depending on the environment, one color dominates, while other shots to point the player to the essential parts of the environment). Unfortunately, what the author might have done as one of the highest quality games, in fact, greatly diminishes the impression. Namely, Inked is a "meta-game", it can be said that its protagonist is actually a designer who has created a world of games and who often communicates with his hero (the conversation is one-sided). During the game, you gradually discover the parallels between the designer and the nameless hero. Namely, the nameless hero is trying to save the love of his life while the designer blames himself for the death of his girlfriend, who has been injured in a traffic accident. Thus, from time to time, this fantasy world is overwhelmed by genius newspapers, and the main opponents in the game are buses. Unfortunately, the game is pretty bad on this side. The story itself is uninteresting, the designer is a very cherish character whom you do not care (not helped by prose monologues and lazy voice acting), the symbolism is the first repetition, and the game plays its meaning too straightforwardly. Too bad, Inked is a surreal game, and although initial levels can be as close to the samurai atmosphere, the rest of the game will lead you to a journey through a striking fantasy country with the science fiction elements. It is a disadvantage that this country did not gain a bit more depth through the story, but nevertheless, regardless of whether you are in high towers, crumbling marshes or in the dark tunnels that keep the jungle creepy creature, the dignitary-poetic atmosphere of this game is all time intriguing ... at least until magic is scattered by the new monotonous monologues of designers. Depending on the point of view, the equally large problem is a mere impersonality, which gives the fact that this is a low-budget game of inexperienced authors. In this sense, the biggest obstacle is to set the shape whose position overlaps with a vertical structure. Specifically, if some form should be placed below, on the side or, do not give God, behind a building or hill, it will be difficult for you to go from the first, but you will need to move the cursor by pixel by pixel, while often without some obvious logic, the game finally does not smell and lets you set the shape where you want it. In addition, occasional mild graphical glitches also occur. The animation could be better, music themes are not quite varied (though fine sounds), and certain events between the levels are not graphically represented. In solving logical problems, simple platform elements were occasionally ignored. Unfortunately, although they are fun and well-designed, it would be even better not to have a fixed camera angle that does not allow you to assess comfortably enough where to go. Interestingly, the authors have linked somehow with the publishing line of the famous Starbreeze ( The Chronicles of Riddick, The Darkness, Brothers), but this, unfortunately, did not lead to a professional level of inspiration and production. 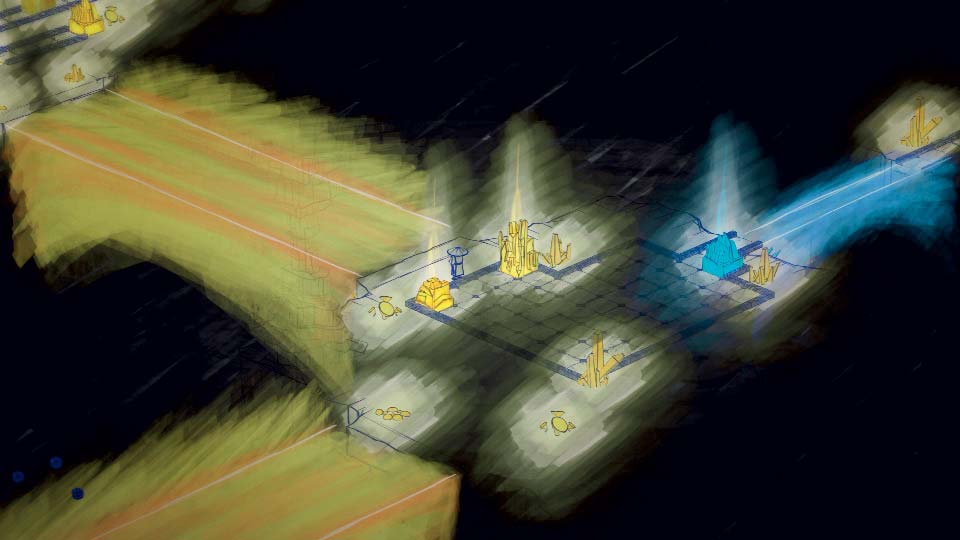 thanks for the review, gonna check the game in Steam, looks interesting.

Nice one. Hope it's not a copy.