Rate this article "Review " To the Moon ""

To the Moon is an indie Adventure RPG, about two doctors traversing through the memories of a dying man to fulfill his last wish
game that will have you glued to your seat. It doesn't have the pacing and action of a first-person shooter
A very simple game, developed with the famous Japanese game maker "RPG Maker XP". For those who do not know this program, it is specialized in the production of role playing RPGs in the first place. It is an open source program. Which makes it possible to produce a lot of different games on the program. In fact, I've worked on this program a lot in the past, which makes me fully understand what great effort Gao was making in developing this game.

In the beginning, if we want to classify this game, we can say that it is not an RPG game at all, but actually a point & click game. This type of game is very old and was very common on PCs In the past and still has its own private base, and of course since the game was developed on the Arbigy Micro is a game with the appearance of a 16-bit very simple, similar to the games Jimboy Advance or Super Nintendo, but in fact we can say that we saw works better technically on this The program from To the Moon.

And of course, almost all games (of this type) depend on the story mainly, the game "to the moon" depends on the story is quite like a story or novel interacting with the game, the elements of the game here is very few and only solve some minor puzzles between chapters The story, as for the rest you have to read and see the game dialogues no more, there are no paths interspersed with the story and there is no even the possibility of winning or loss, there is only a story of a lifetime ranging from 4-5 hours full of moments expressed modest production abilities However, the developer succeeded in delivering a beautiful message through it 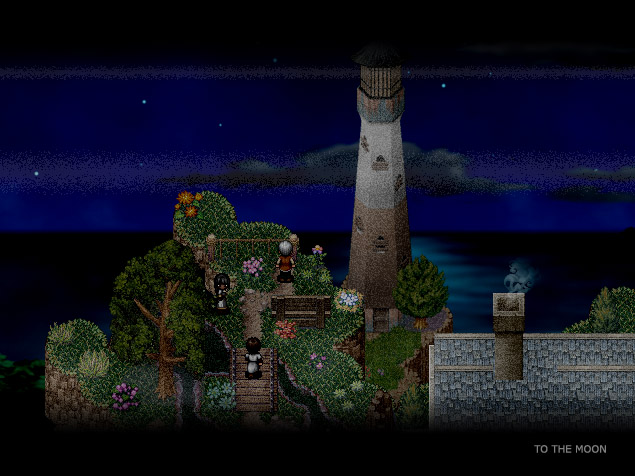 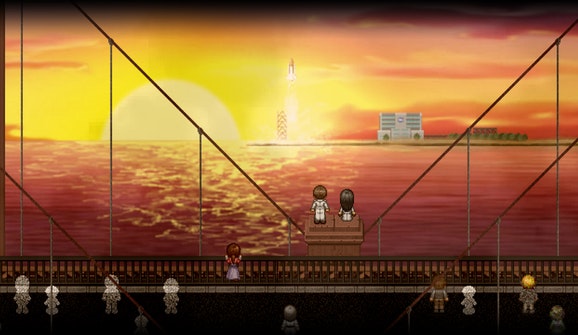 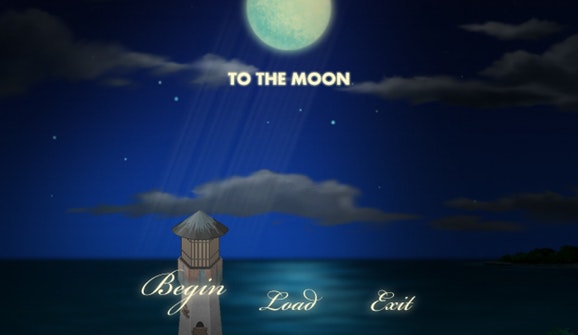 We can say that the story of the game is really great because we are talking about Indie Game in the first place any game developed without any possibilities at all, good storytelling as well as the game is very reasonable, the game will make you think a lot about the story and some characters after you finish ! This is despite the fact that the text is very weak in a purely literary sense and is full of grammatical and spelling errors, but we also know that the developer is an Asian and not an English speaker, which justifies the weakness of the texts. Well, what matters here is that Gao has succeeded in delivering a beautiful message. Every player will be tested "to the moon" .. A message full of memories and warm feelings that will overwhelm your heart so much if you tried to accept the game as simple as the game has a sense of humor High made me smile many times, especially that the musical work that accompanied the game is the work Wonderful in every sense of the word, full of cozy warm piano tunes The nerves.

"To the Moon" is an interactive story rather than a game, and we advise our readers to support this ambitious project from the developers and not to look at the final evaluation, who knows? We may be seeing much bigger and much better games in the future, and the talent is definitely in the hands of the developer and his friends

Rate this article Review " To the Moon "