Racing on the Death Train. This is one of the ways to best describe GRIP: Combat Racing because the runway on the floor in this game can quickly be switched to the walls and / or the ceiling and then return to the floor and keep the feeling of the position of the vehicle. This is also the main aspect of  Grip, in which almost every area is part of the path that can be driven because there is no upper and lower side of the vehicle. It was a little weird that it took more than 15 years for this concept to resume after the Rollcage, but although the game has its own problems and flies, there is no lack of attractive racing here.

Some of the most important elements in this type of game are the feeling of speed and the variety of trackways. Fortunately for players, both things here are more than well-constructed, the display of speeds fits nicely into a variety of trackways sets that differ not only in the complexity of the design but also in the environment in which they are located. Whether it comes to city trails, industrial environments, beach rides, sand, ice, or going to the sky, each track has its own recognizable segment. 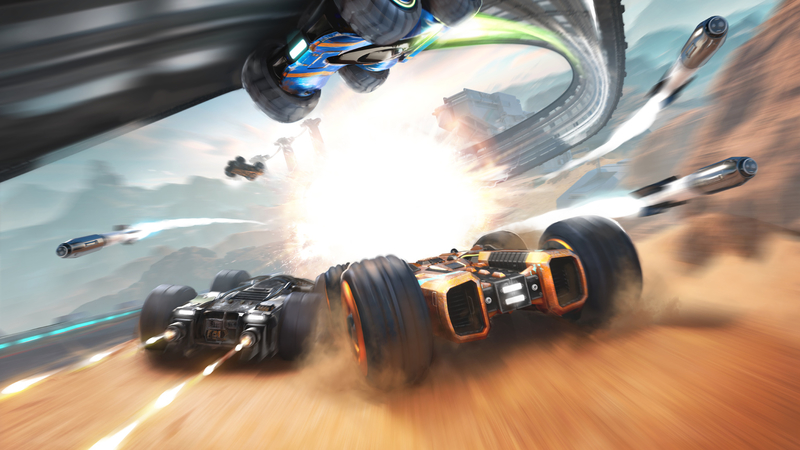 Therefore, it is a real disadvantage that they are not polished from having to have your technical problems, so you lose the "wow effect" that trails can leave in the first run. Dropping, jamming, and cramming into invisible objects are just a part of the technical imperfections that may occur during the game, but this is not a problem at each track but only on certain. Once they learn to remember, these parts can be avoided, but that's no justification because such problems should not have been present. As much as Grip is fun to ride, when it comes to such a mistake, the feeling is pretty irritating because the positions can easily be lost, and this is not your own driving mistake, but the problem of technical nature you are not guilty of.

Speaking of race positions, single-player is divided into campaign and stand-alone races. The campaign itself has a simple structure where each of the 11 Tieras has a number of tournaments that need to be completed and eventually win the rival in one to one round. There is no selection of tournament ordering here, because as it is imagined, it is driving. While lightweight races are exactly what their name suggests, skip to normal weight is noticeable. The reason is not just to change weight, but to change speed, the paths become more complex and to the point of emergence comes the coming catch-up system that does not have its own constant but sometimes works as it is conceived and sometimes does not exist. 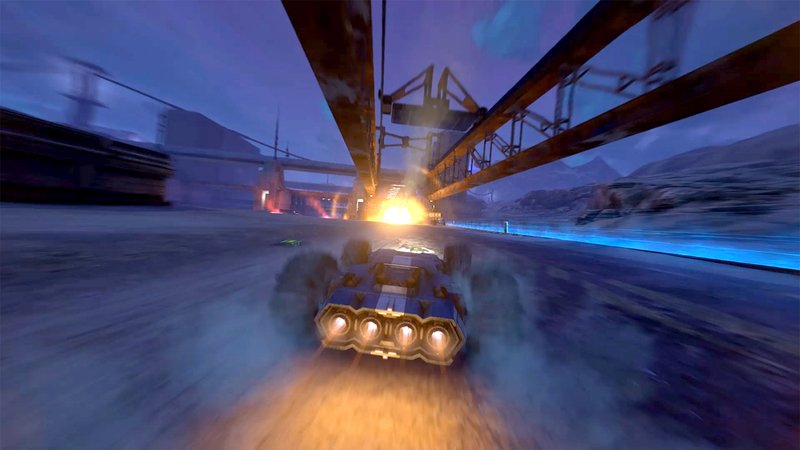 This is particularly noticeable in the first round, while all the vehicles are assembled together so that you can notice rival mistakes in driving, but as soon as distance distances begin, at least one anti-aircraft begins to drive perfectly and reduce the gap even when using turbo. It's a pretty stupid design decision because it creates artificial tension to make racing more interesting, but due to the very nature of the vehicle, it's a moment of neglect and the loss of the first place is almost guaranteed. When these two elements are folded, this usually means repetition to ensure a decent place and, as a result, a better position at the level of the whole tournament, given the fact that for promotion there is no need to be on the winning stand.

What is particularly pronounced in the vehicle is their weight or rather the lack of the same. Although the game is named Grip, the vehicles can be more in the air than needed. It is quite understandable when holes are skidded or when visible bumps are visible on the track, so the vehicle is launched into the air. But when the bouldering in the wall sends the vehicle to the height as if the paper that the wind blew, or when an opponent buckles your rear wheel and loses control and is somewhat finished in the air, that does not make any sense. In general, time in the air is practically lost time and should be known when it is necessary to reset a vehicle on the track and when controlling its path to land without undue loss of speed. 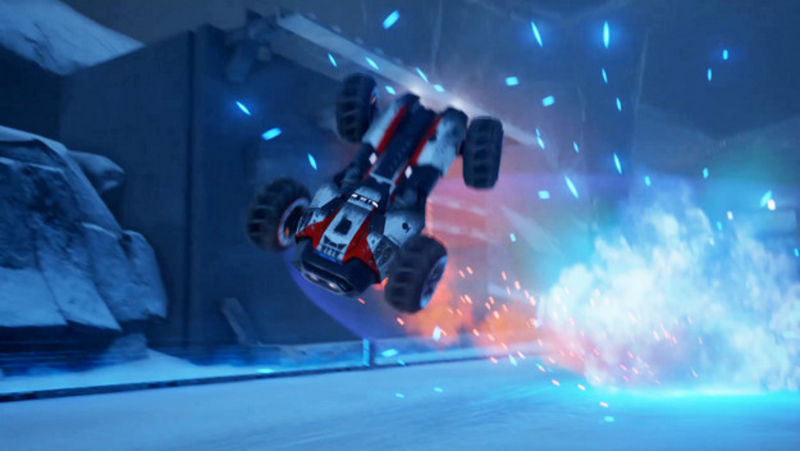 Racing is not the only thing Grip offers in its content. True, most modes are reduced to this form of competition through classical racing where weapons are available, elimination races where the vehicle explodes at the last place, or speed racing where weapons are excluded. The second segment of the gameplay refers to the destruction or Deathmatch mode that, along with the aforementioned races, is available within the campaign, and there is also Carkour or a series of segments where it is necessary to pick up the object in the path as soon as possible. This last mod can well serve as a good exercise for vehicle control, and there are plenty of interesting stocks to carry.

To get back to the guns, game makers were not too imaginative when they invented an arsenal of destruction and driving assistance. All the weapons are in the form of missiles, which means the missed and unintentional missiles, machine gun and explosive arrows. Their counterparts are shield, acceleration, car pole and slow down time for rivals. However, the use of these aids is interesting because you have to think tactically when you use them. Namely, a vehicle can carry two aids and a new one can only be picked up when it is actively expired. 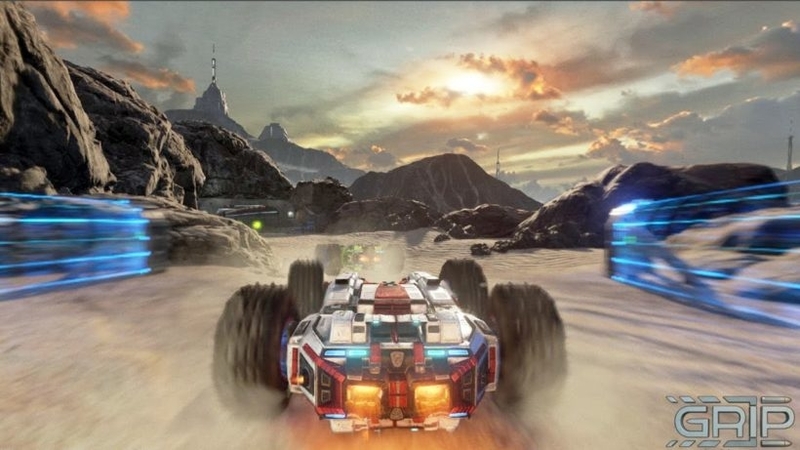 For example, if a rocket and shield is worn, and the latter is activated, his field will only be released when the protection disappears from the vehicle. The same is true for missiles that must first be launched and fly for a while before release of a new weapon field. Rocket missiles should also be careful because it is possible to hit themselves by being frustrating if they want to speedily solve unnecessary weapons. Another way to free the place is the ability to boost aids, or one "eat" the other, and during that process the vehicle slows down, but the reward has an enhanced effect and a free field to pick up something new.

Although, Grip really has a solid foundation for a good party, so much harm is not technically done to the end with a little more imagination invested in the campaign and weapons. This is especially noticeable through the ability to challenge opponents within a campaign, the only effect of which is to earn extra points of experience if you win or lose these points if the others finish. It is understandable that the game did not have a huge budget that could result in a better quality system, but if it is already dealing with it, it should look to something better because it's just a waste of time when we earn more points over the race than challenging opponents and losing time to nothing significant .

The same is true for unlocking the vehicle and their accessories in the garage. The number of vehicles is satisfactory, no way of fixing them is not. At a time when other cars can do everything and everything, rubber and different patterns are put on the vehicle. Quite disappointing compared to the same element in other rides. No, if someone does not suffer how his vehicle will look, then this should not be seen as a major drawback.

On the other hand, a development studio should acknowledge no additional content for purchase as soon as possible, rather than put the enviable quantity of available play material in the initial package. The track has quite enough that is especially important for playing over the wire or locally since it supports split-screen for the four players. In addition, the music that is well-packed in this type of race and also enhances the atmosphere should be praised.

Despite all the problems, Grip with its unique ability can cope with the competition in terms of entertainment and even when the single player is not so tense, and playing in the company is a refreshing experience.

Never have I seen this game. Good structure and nice pics. I only complain about the main picture being so bad quality, but overall it's a nice article!

I think this is a great game 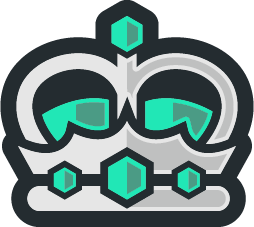 nice game for ever i love it